It’s not easy to keep track of all the Hip Hop albums that are dropping every single week. Mainstream albums, or high-profile underground releases, will get plenty of exposure no matter what – nobody will have missed Run The Jewels’ latest release, nor the recent albums from the likes of Ka, Armand Hammer, R.A. The Rugged Man, or Freddie Gibbs. But the oversaturation of the market makes it possible for really good albums to slip through the cracks of attention. For this piece, we have selected 9 recently released Hip Hop albums deserving of attention, 9 albums that even real Hip Hop heads will most likely sleep on otherwise. 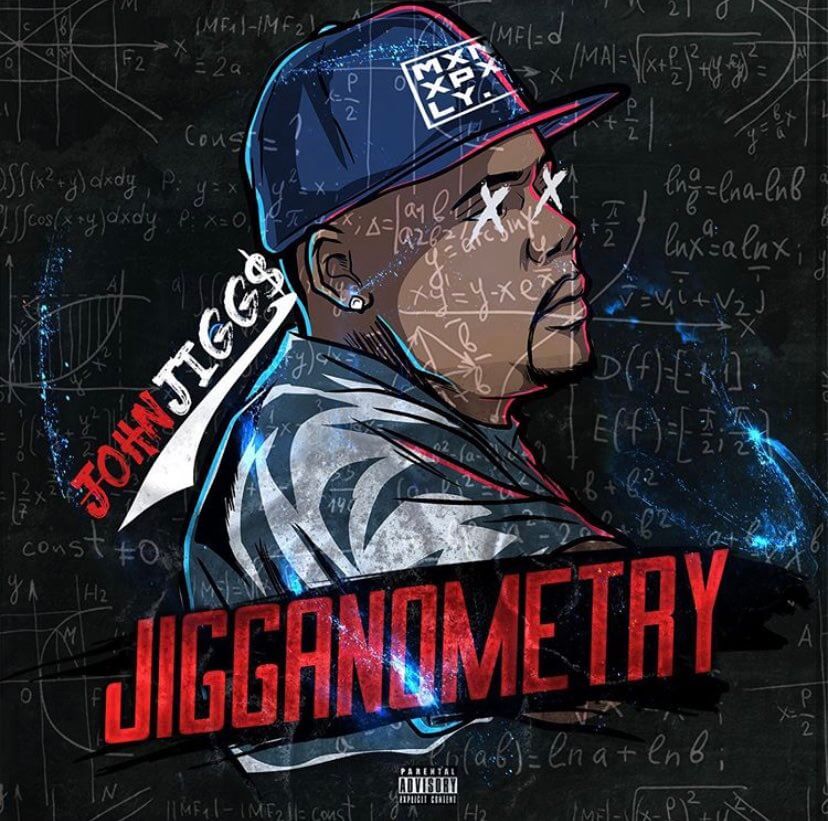 John Jigg$ is an artist repping New York City Hip Hop scene. With his latest release, he drops a solid presentation of 90s-centric East Coast Hip Hop – a mix of melodic verses, catchy hooks, punchy punchlines, and straight-up battle raps. Jigganometry will not go and win any prizes for originality and innovation, but it definitely is a few pegs above the average retro-boom-bap that’s been flooding the market lately. Standout track: “Oprah” – with a dope guest verse from Illa Ghee and sharp cuts by DJ Eclipse. 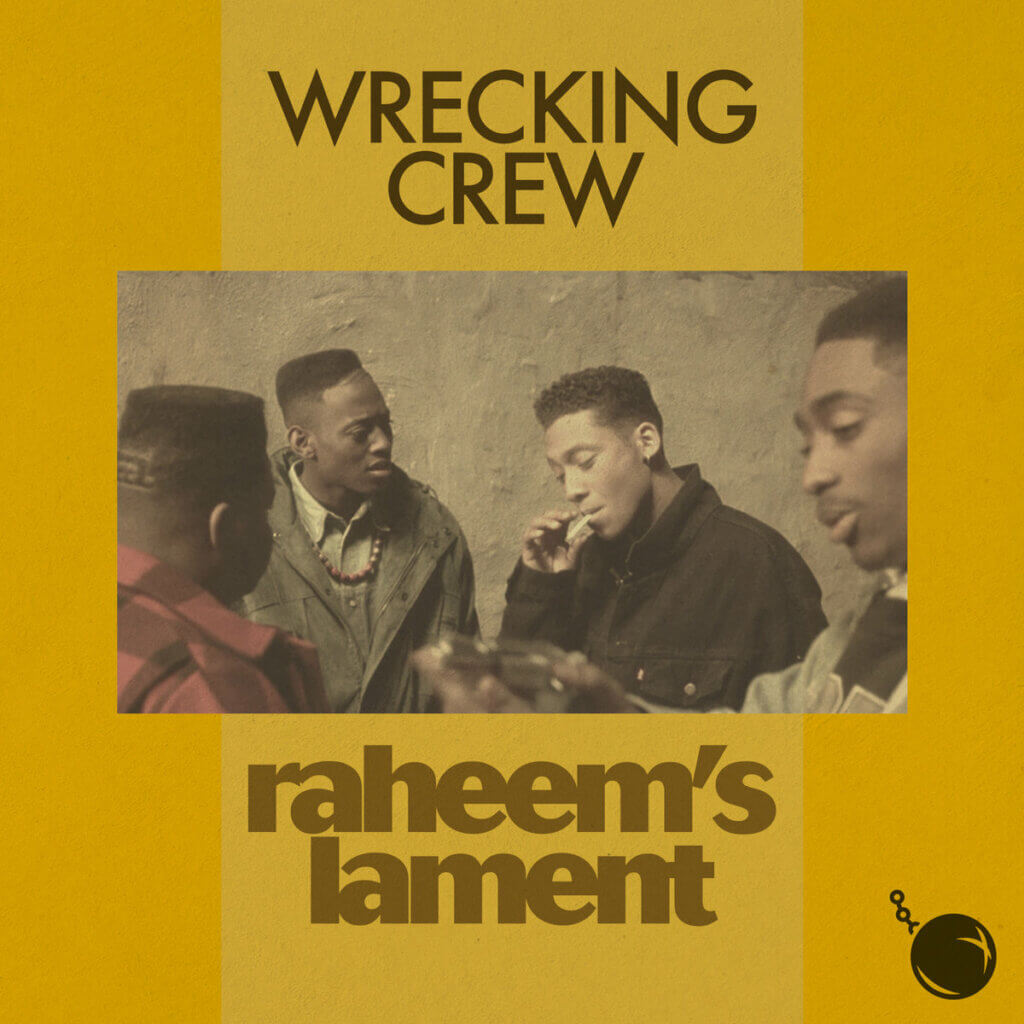 Wrecking Crew is a collaboration of Philadelphia artists Curly Castro and PremRock (the duo that dropped the excellent ShrapKnel album earlier this year) with Career Crooks’ Zilla Rocca and Small Professor. As the name Wrecking Crew, along with the album cover and title (referring to Juice – 1992’s cult movie hit) suggests, this project has some definite throwback vibes.

This is not an album that can be lumped together with all the other (kind of generic) retro boom-bap albums that drop these days, though. There is a contemporary, even experimental vibe to Raheem’s Lament – Wrecking Crew pretty much nails creating a sound that should please fans of 90s-centric boom-bap, as well as those who had enough of the genericness of that sound – Raheem’s Lament has something distinctly unique going on in its sound. Appearances by Wrecking Crew affiliates BLUU Edwards and FreshKils as well as from Hubbs and Backwood Studioz heavy-hitters Armand Hammer add extra flavor to the tracklist.

At 31 minutes Raheem’s Lament feels kind of lightweight due to its brevity, but what’s there is GREAT: dope beats and bars, what more do you want? 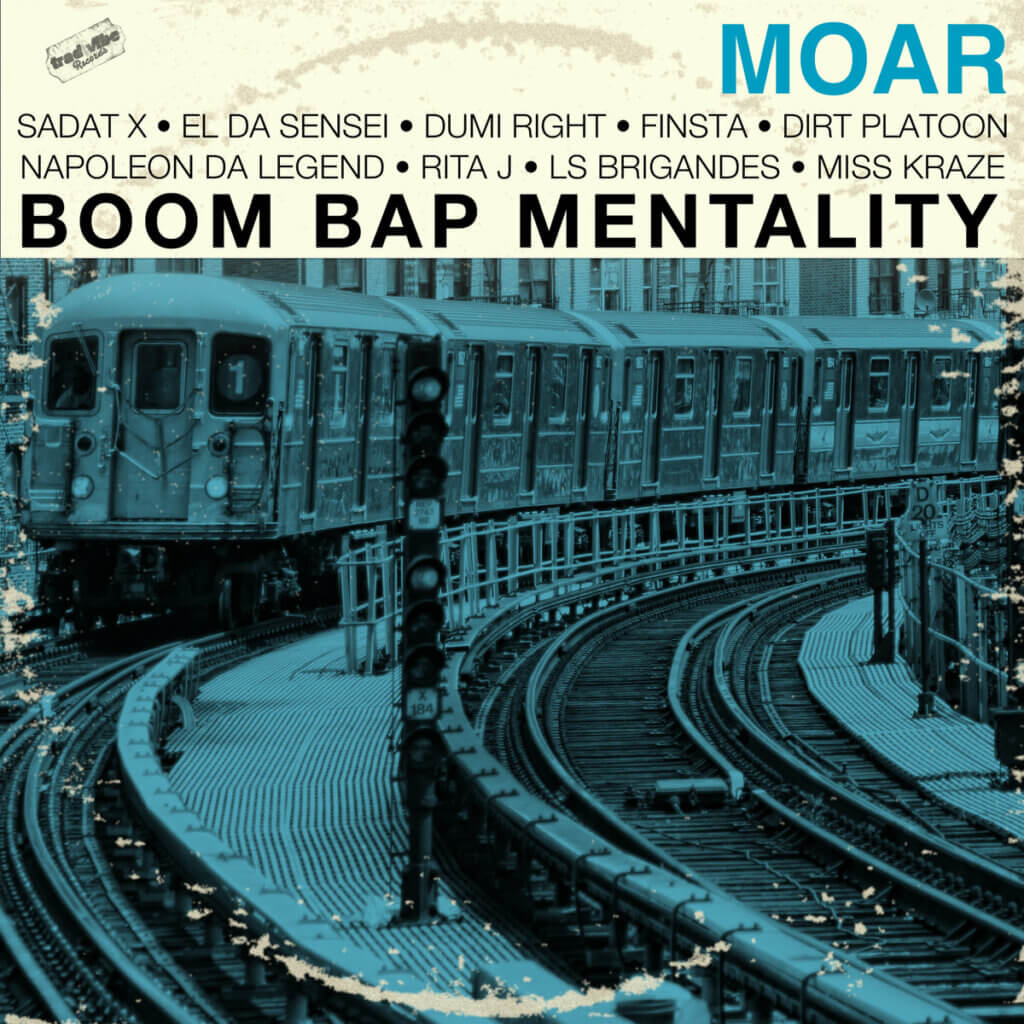 31 minutes of playing time – does that make Boom Bap Mentality an EP or an LP? With a few instrumental interludes making up the tracklist, this certainly is a very short project. It’s pretty lightweight in content too – breezy boom-bap with some jazzy vibes thrown in the mix (that album cover is done really well, perfectly signaling what to expect from Boom Bap Mentality).

So it’s short and lightweight, and the lyrical content is not really a reason to seek out this album either – the vocals are here to add a bit of flavor to MOAR’s beats, more than the other way around. That said: Boom Bap Mentality is a solid listen, fun and entertaining throughout, in an easy-listening kind of way – forgettable but enjoyable. 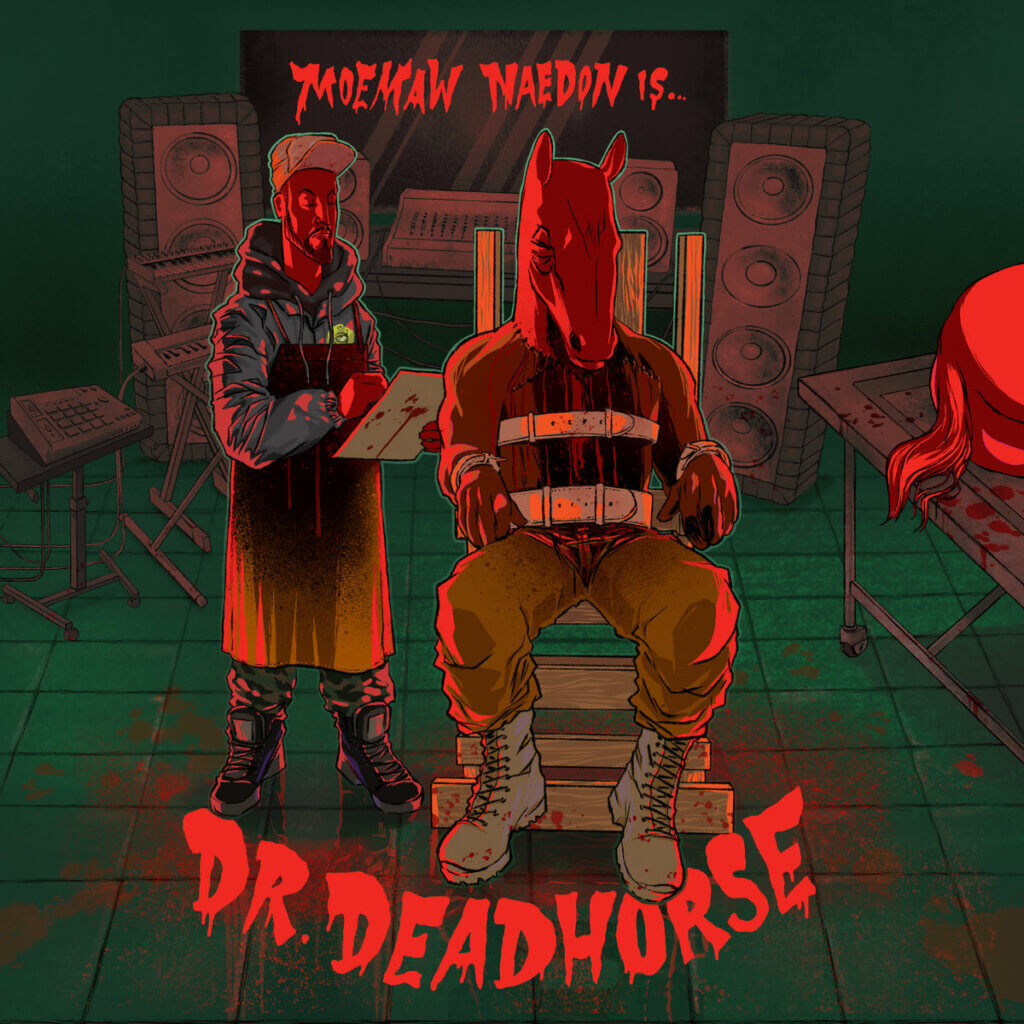 Moemaw Naedon is a Pittsburgh based MC and producer. His production work is sample-heavy and dusty while his rhymes are poetic with a flair for the abstract. Dr. Deadhorse is about as underground as it gets. Who is going to pick up on this album? Popularity is all about marketing and hype these days, without a strong social media presence and/or major cooperation backing your music will not get much exposure. Gradually developing a loyal cult-following is a way to go, and Moemaw Naedon is an artist who deserves such a following. Dr. Deadhorse is an album deserving of more attention than it will get, anyway. The wordplay is solid and the beats are GREAT. Don’t sleep on Moemaw Naedon’s Dr. Deadhorse. 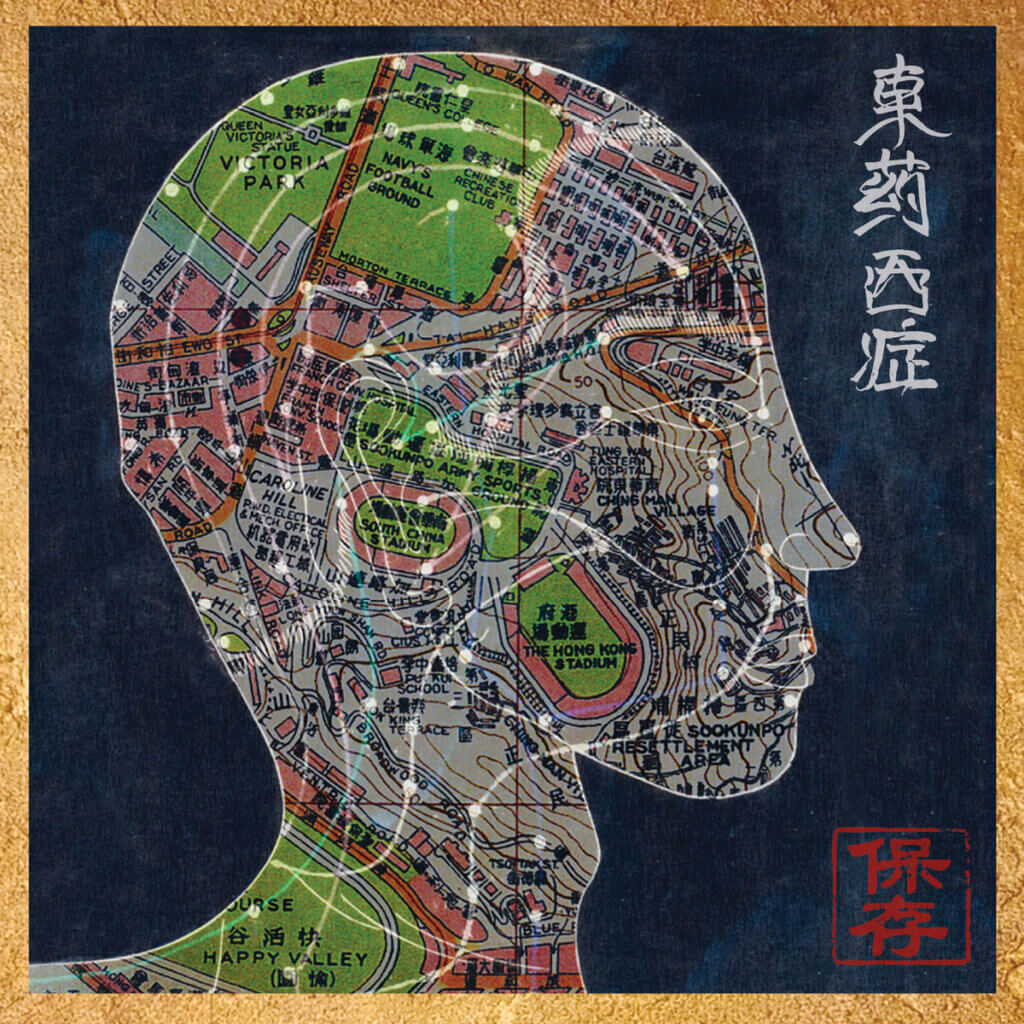 DJ Preservation’s Eastern Medicine, Western Illness was produced and arranged in Hong Kong, and you can sense the oriental influences in the music – because of Preservation’s s intricate sampling there’s definitely a Chinese vibe going on. Preservation recruited an impressive roster of emcees to do justice to his beats, most of whom he did production work for in the past – including Roc Marciano, Your Old Droog, Ka, A.G. (of D.I.T.C.), Mach-Hommy, Quelle Chris, Navy Blue, and billy woods – all names to get excited about of course.

“Dragon Town” the album’s first track with YoungQueenz turns out to be an unlucky choice for an album opener because it’s the weakest track by far (due to YoungQueenz’s ‘unconventional’ style) – after that one, it’s all pretty great, especially the second half of the tracklist is AWESOME. Standouts include “Children Of Never” with A.G., “Medicine Drawer” with Roc Marci, “Correspondence” with Your Old Droog, and Mach-Hommy, “Lemon Rinds” with billy woods, and the superlative “A Cure For The Common” with Ka.

Eastern Medicine, Western Illness is a fantastic album (despite its shaky start), an album that deserves attention – and a must for people already familiar with Preservation’s production work or with the featured artists’ music. 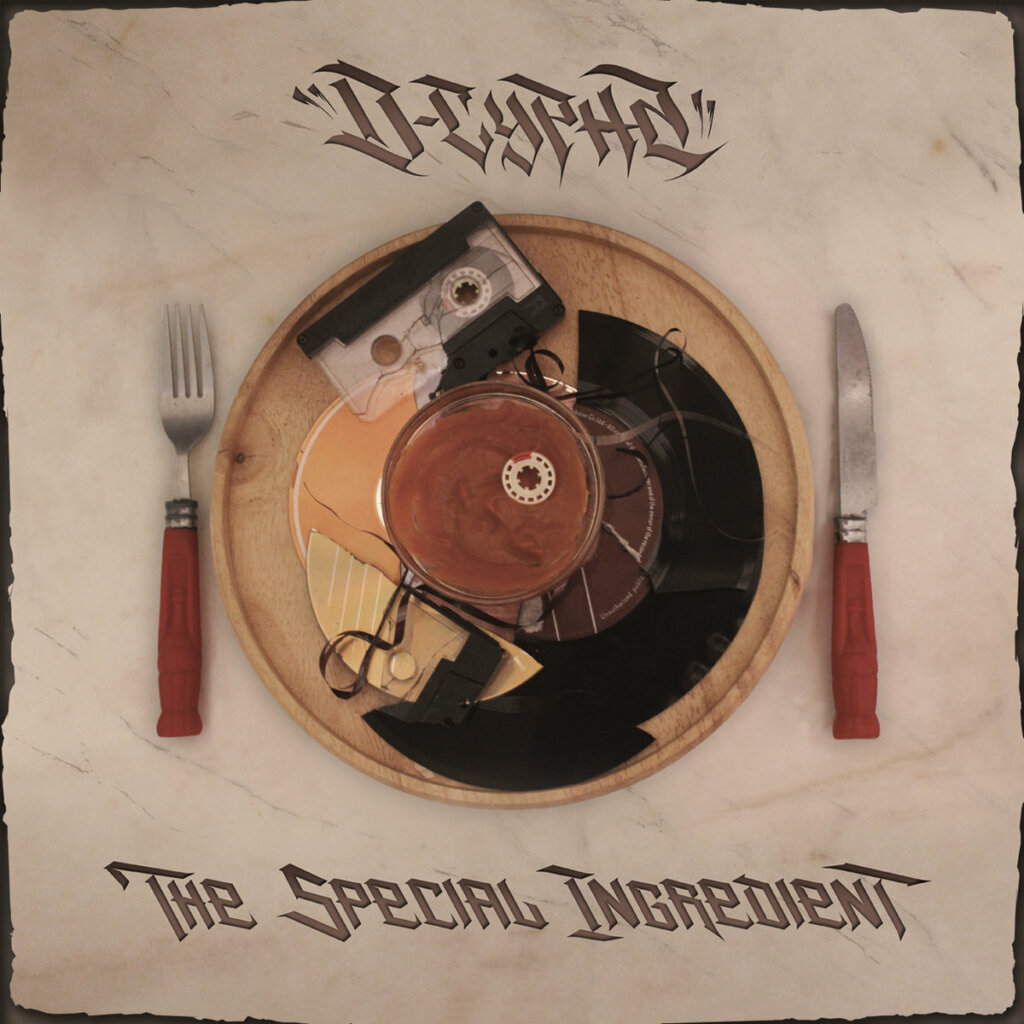 D-Cypha’s 1st official album The Special Ingredient is one of the best producer-albums of the year. D-Cypha has a great ear for atmospheric boom-bap beats, and some good old fashioned turntablism adds extra flavor to the instrumentals. 13 dope tracks, without interludes, skits, or other useless filler. 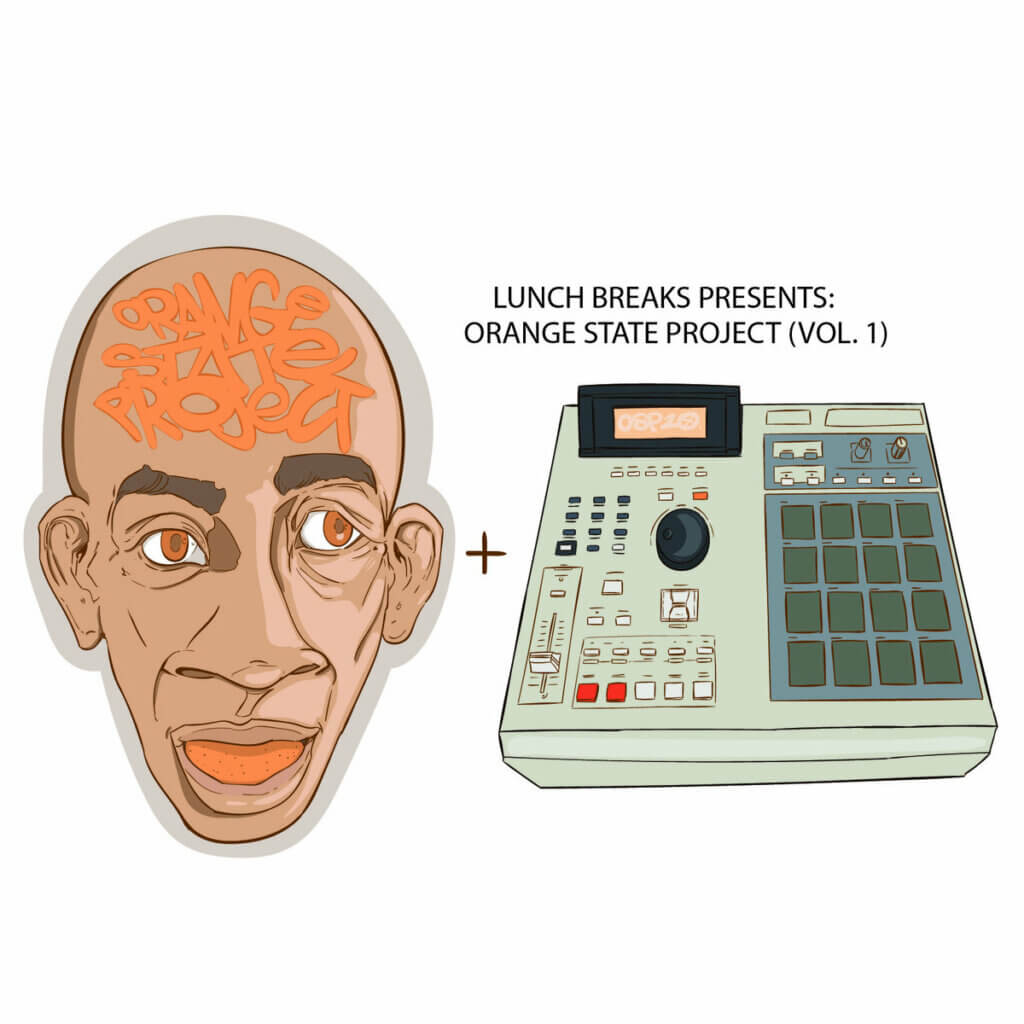 Lunch Breaks is an Orlando, Florida-based duo consisting of Jakal and Swamburger. Both are producers first, Swamburger is the one who is rapping too here. Orange State Project Vol. 1 is a refreshingly different kind of project, it doesn’t really fit in any of today’s genre boxes. It has nothing to do with generic mainstream rap, it’s not jazz-rap, it can’t be labeled as traditional boom-bap, nor does it fit the dark and dusty neo-boom-bap mold.

Experimental boom-bap may be the best way to describe the sounds of Orange State Project Vol. 1. – the beats are creative and musical, with the lyrics to match. Swamburger is a more than competent emcee, coming with dope wordplay and clever insights. Looking for something different than the standard? Check out Orange State Project Vol. 1, you might be in for a pleasant surprise. 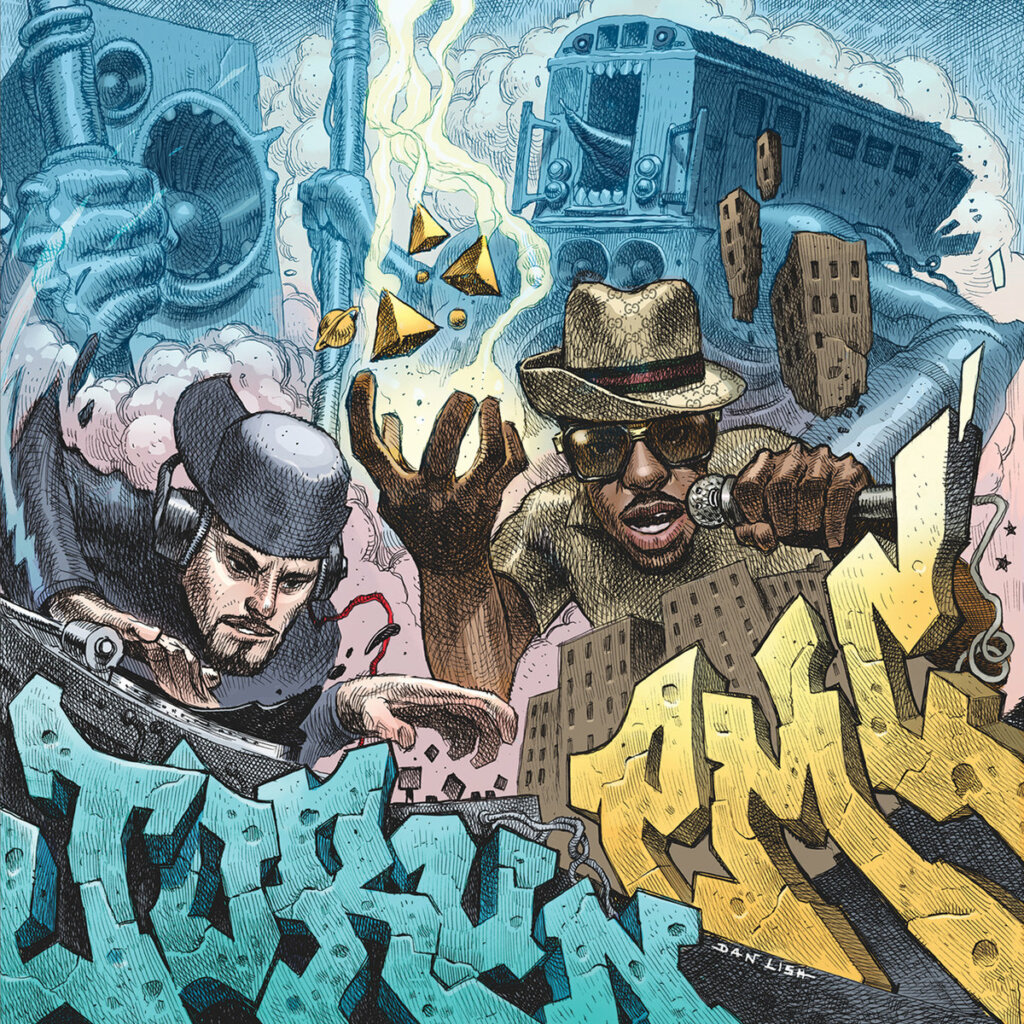 There have been a lot of great albums released in the wave of Golden Age revivalist boom-bap we’ve been experiencing in the past decade, but NONE as good as Jorun PMC.

The whole album is packed with nods to classic songs and styles from acts like Run DMC, EPMD, Eric B & Rakim, UTFO, LL Cool J, Roxanne Shante, Mantronix, Cold Crush Brothers, Melle Mel, and many more of the 1980s legends – from the title of the album, to the cover art, to the beats, to the samples, to the turntablism, to the lyrics – this project is the best kind of trip down memory lane any old-school Hip Hop fan could wish for. Jorun Bombay’s 80s-centric beats and scratches are crisp and fresh, and Phill Most Chill’s raps are dope as f. His flow, his delivery, his cadences, his lyrics – what he did here is simply brilliant.

This is not Phill Most Chill’s first excellent throwback project, but it is his absolute best to date. The self-proclaimed torchbearer of traditional Hip Hop really outdid himself on this one, and his match-up with Jorun Bombay proves to be golden – Jorun PMC is a Hip Hop traditionalist dream. It will most likely go way over the head of this generation’s trap-crowd, but those who grew up with 80s Hip Hop and younger Hip Hop listeners who know their classics will LOVE this one. HHGA AOTY contender. 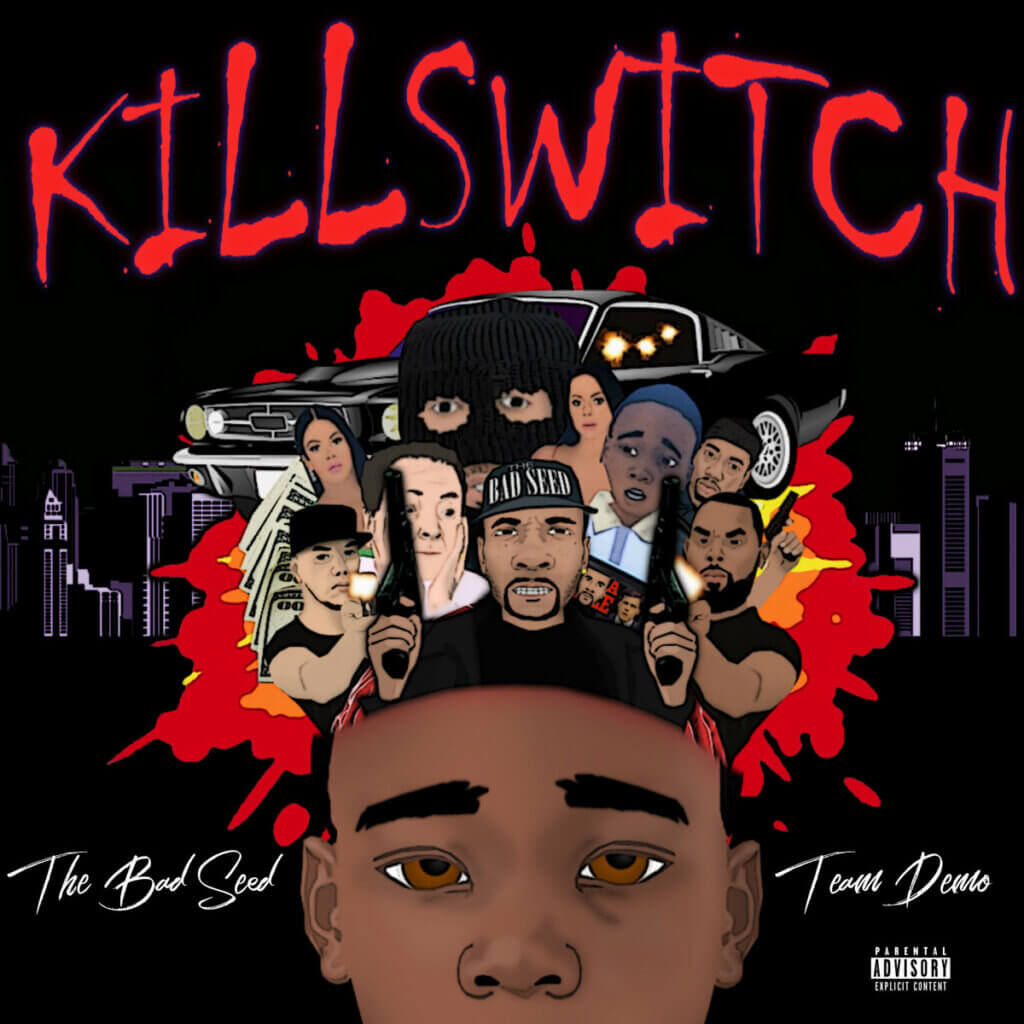 The Bad Seed is a veteran underground emcee from Brooklyn NYC, his career began in 1998 with his group O.B.S. (Original Blunted Soldiers), which included artists such as Jean Grae, Pumpkinhead, Krisis and others. KILL SWITCH is The Bad Sees’s best project since the underappreciated Intelligently Ignant (2010).

In this concept album, 10-year-old Malik is a good innocent kid who has a deep curiosity for street life and hood culture. He finds a comic book called “KILL SWITCH” which chronicles life in hell, exposing a world of violence, robbery, extortion, etc. As he reads, Malik begins to find himself immersed in the world. Will he remain the innocent little boy…? Or will he become what he is reading?

KILL SWITCH is produced By Team Demo and features Ali Vegas, Planet Asia, Poison Pen, Napsndreds, Fevermoorefire, Wais P, Yogi, Stuck B FOH, Mikey D, this The Bad Seed project is a nice surprise. The dark and dirty boom-bap instrumentals crafted by Team Demo suit the narrative, and The Bad Seed is a dope emcee. Don’t sleep on this one.