In this selection you will find 25 of our favorite posse cuts – are YOUR favorites in there? Disqus! 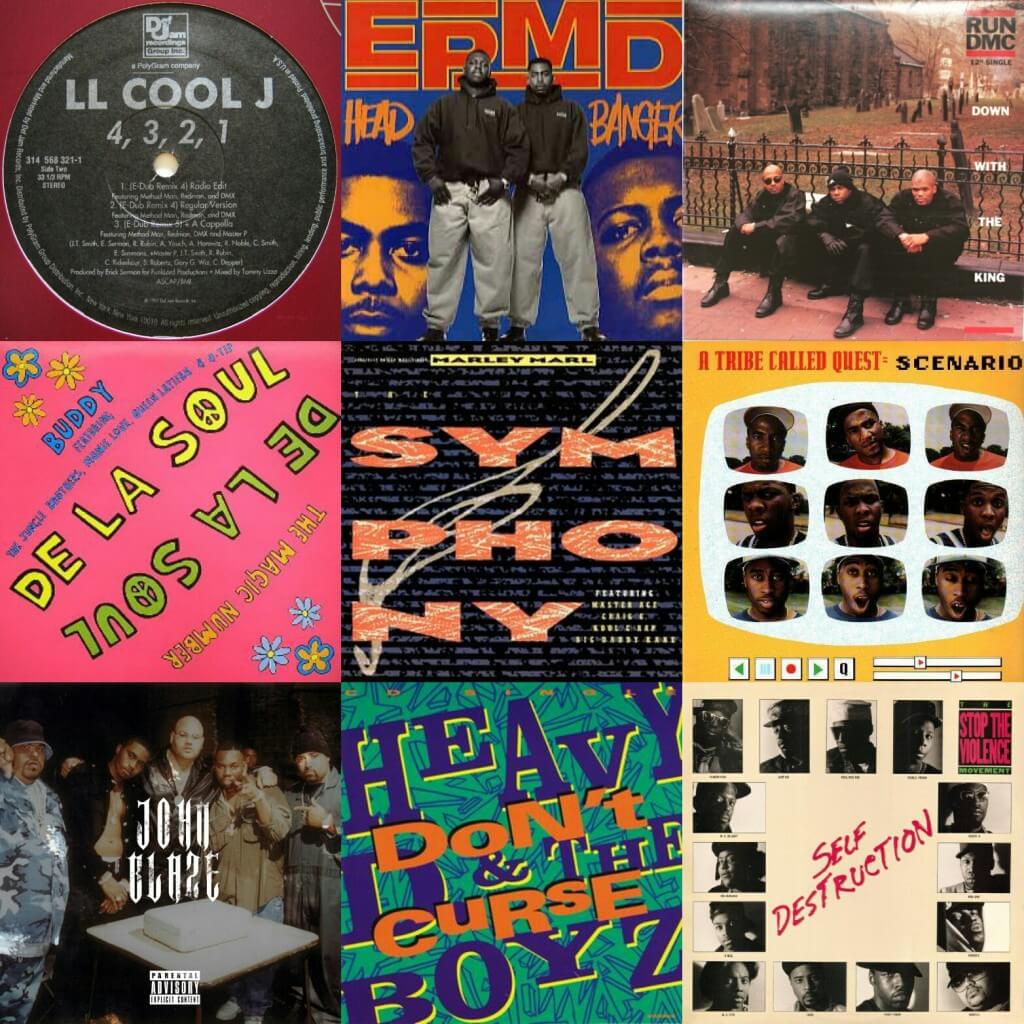 8 minutes of straight rhyming by most Rhyme Syndicate members, taken from Ice T‘s third album The Iceberg. Who had the best verse? Our money is on Donald D.

From Heavy D‘s 1991 Peaceful Journey album, this is a star-studded track with a refreshing message: don’t curse.

LL Cool J and his homies pay homage to the place where they are from: Farmers Boulevard in St. Albans, Queens.

From Mobb Deep‘s classic second album, this track has Prodigy, Havoc, Nas and Raekwon dropping verses in a song that has the haunting and rugged vibe that is typical for the whole album.

One of Big L‘s first appearances on wax, he immediately steals the track with a trademark Big L verse. The other three kick some dope bars as well, that makes this a posse cut not to be slept on.

This brilliant closing track from The D.O.C.‘s classic No One Can Do It Better track has The D.O.C. dropping a verse over a dope Dr Dre instrumental, following verses by his N.W.A. homies Ice Cube, MC Ren and Eazy E.

From the 1998 Shut Em Down album, this is a nice collabo from Onyx with Wu Tang members Raekwon and Method Man and Wu Tang affiliate Killa Sin. The song features a dope sample on the hook from Ol’ Dirty Bastard‘s verse of Wu-Tang Clan’s Protect Ya Neck.

Banned from T.V. is a song Noreaga, released as the third single from his debut studio album N.O.R.E. (1998). The song, produced by Swizz Beatz, features Nature, Big Pun, Cam’ron, Jadakiss and Styles P.

Straight bars on one of the best tracks from the classic The Score album. If only Lauryn Hill and Rah Digga would do an album together…

From their classic debut album A Wolf In Sheep’s Clothing, this posse cut has Black Sheep and crew passing the mic / a bottle of 40. Hilarious lyrics with the trademark Black Sheep cheeky humor. One of the highlights from an all around dope album.

The Luniz recruited a number of Bay Area top dogs for the remix of their West Coast classic I Got 5 On It. As fresh today as it was 20 years ago.

This dope posse cut is best-known for sparking the beef between LL Cool J and Canibus, who intended to do a verse in which he asked “to borrow the mic [tattoo] from LL’s arm”. LL Cool J took exception to that, slammed Canibus in his own verse on this song – and the beef was born.

The Stop the Violence Movement was started by KRS-One in 1989 in response to violence in the Hip Hop and African American communities.

Composed of some of the biggest stars in contemporary East Coast Hip Hop, the movement released a single, “Self Destruction”, in 1989, with all proceeds going to the National Urban League.

Sway & Tech are the hosts of the nationally syndicated radioshow, The Wake Up Show. For The Anthem they invited a bunch of class-A emcees to create one of the dopest posse cuts ever.

This version of Craig Mack’s classic Flava In Ya Ear may be one of the best remixes ever done. Biggie‘s verse is just sick, full of Quotables. Check the video if you can spot all the cameo’s beside the inevitable Puffy.

Classic, if only because it was the debut on wax from young Queensbridge emcee Nasty Nas, who opened the track with some unforgettable bars. Nas would go on to use this track for the intro to Hip Hop’s magnum opus Illmatic.

From ATCQ’s second album The Low End Theory, Scenario is without a doubt one of the best and most famous posse cuts ever. One of the stand-out tracks from one of the best albums ever – it doesn’t get more classic than this.

The Symphony is the standard by which all other posse cuts are measured.