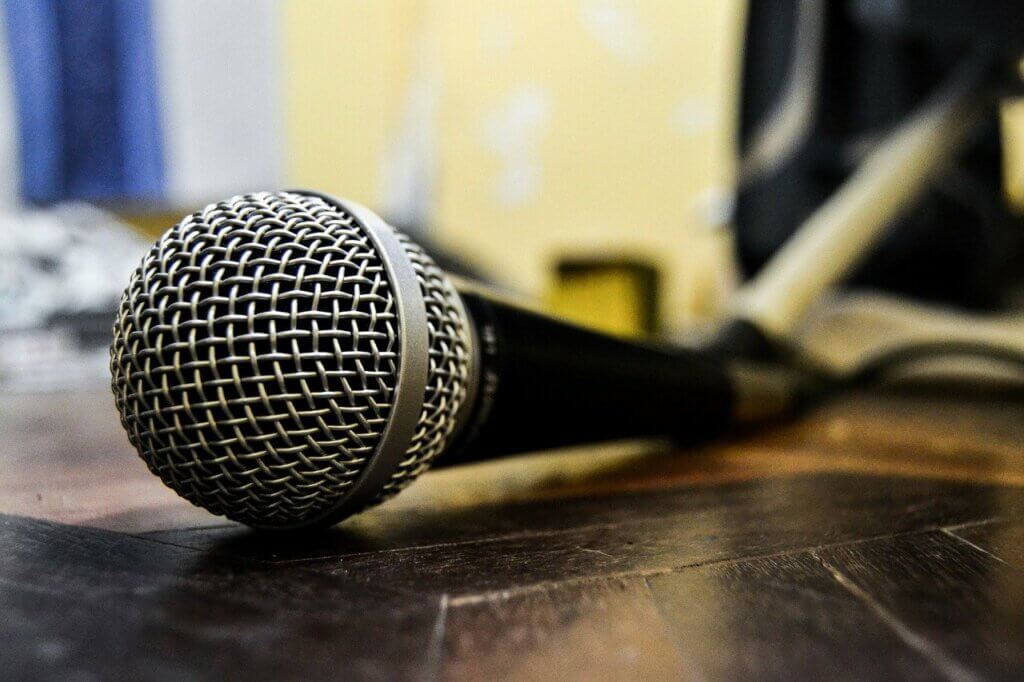 The art of freestyling is a much-debated skill. Freestyle rapping finds its origin in what Ice-T refers to as The Art Of S*** Talking. In the early ghetto days, male bravado was a way of surviving the hustle. The verbal combat was another way of intimidating one’s opponent, be it in the game of hustling or the art of rapping. The impromptu nature of S*** Talking made humor a powerful instrument; once bystanders laugh, your opponent feels disrespected.

Which skill is of greater importance, writing rhymes or bustin’ from the top of your head? Big Daddy Kane answers in clear words:

A rapper spitting more than 4 bars with complex flow and zero flaws is simply impossible.  That’s why true freestylers often utilize simple rhyme schemes, unpredictable pauses and embrace imperfections as proof. A famous example of misconception is the legendary Biggie Freestyle. Although his presence and delivery is of undebated quality, especially considering his age of 17, the bars Biggie recited were drawn from his famous demo track Guaranteed Raw – far from a freestyle, as the title would suggest.

Here’s a top 10 of memorable freestyles – all for different reasons:

When talking battle rap, there’s no denying Eminem. The man who brought freestyle battling to the big audience in 8Mile is often accused of reciting pre-written bars and putting ‘em on as freestyles. Or he’s just too good to be true. This clip features young Em on MTV news, demonstrating his free-flowing ability while sitting in a car, accompanied by Proof. The relay-style rhyming with Proof is testimony to their friendship; they know each other’s moves before they make them.

Nas, visiting Europe on a promo tour for It Was Written, landed at Westwood’s show together with De La Soul. The young Nasir Jones lays down his hoarse vocals ‘co-enterprising’ with Plug One and Two and Maceo. Nas is clearly the better freestylist of the four. At 9:00, Nas misspeaks ‘next chapter’ as ‘nept checkter’ and re-establishes his flow like only a true master can.

Mef, Inspectah Deck, Rae, Ghostface Killah and GZA in one room bustin’ freestyle raps. The formation any Wu-Tang concert goer hopes for. In 1993, it went down on the Stretch&Bobbito show. Although top o’ the dome qualities can not be guaranteed, especially Inspectah Deck’s off-timings and the messy mic-passing amongst Clan members indicate true freestyling. Rocking over the ‘Method Man’ instrumental, Mef goes mental, tooth-sucking and shouting before passing on to GZA.

Snoop effortlessly delivers one blow after the other displaying an impressive musicality. No doubt in anyone’s mind it is true improv. Snoop’s rhyming style exhibits his typical West Coast hammock-and-spliff-style nonchalance. In contrast, legendary British radio host Tim Westwood acts like a hysterical fan. If Snoop is Garfield, Westwood is Odie: slightly annoying, but great for contrast.

Pretty recent but a guaranteed freestyle. The processing speed of Common’s brain is just out of this world. He references recent events, the instrumentals he raps to, the station’s name, Obama and whatnot. Pure greatness wearing a smile on his face.

A tag team of superstars give for five of Hip Hop’s most memorable minutes in freestyle history. Rakim starts off with a freestyle that’s clearly an early ancestor to It’s Been A Long Time off The 18th Letter album. Rhymes are similar but not the same. Supreme freestylist KRS-One follows, then Erick Sermon and Chubb Rock do the duties. 3rd Bass’s MC Serch closes the line with a clearly illegitimate ‘freestyle’.

25 minutes of freestyling on Hot97. As many rappers do, KRS sometimes quotes his written tracks, serving up famous verses and morphing them into new bars. It’s all legit freestyling though, which you can sense from the improv style hopping, references to the cats surrounding him and big-ups to Hot97. And 25 minutes may seem long but KRS keeps it enthralling till the end.

In this hilarious joint, Kool Keith embarrasingly confuses Xzibit with Everlast. He seems not to care much yet Xzibit is clearly not amused. X pulls himself together while Keith takes us on a journey through his brain. Kool Keith’s freestyle is not the most fluent or elegant of examples, but he compensates amply with useless counting and the enumerating of foods. Xzibit recites writtens that would later appear as a feature on Ras Kass’ ‘Wild Pitch’ posse cut.

Back in 1995 Big L. had a promising career while Jay-Z was nowhere close to signing a legit record deal. Jay was hype man for Big Daddy Kane and sold CD’s from the trunk of his car. Big L., famous for his frantic machine-gun-like freestyling that even turned into a legendary track on The Big Picture album, gave Jay a slot on the 1995 Strecth&Bobbito show. Jay-Z’s well-known rhyme patterns and lag-behind-the-beat flow clearly manifest. At the very end of this clip, his words transform into scat-like rhythm patterns; the preface of a legendary carreer.

Subtle mistakes and quick’n’fast restorations embellish this piece. To a basic but excellent beat, Phife describes his weight as ‘120, oh wait 150, that’s 30 pounds more, I’ll jab ya in your jaw’. Q-Tip with his nasal, understated voice is unstoppable and humorous. Counter to his style, Tip spontaneously and smoothly implements the F-word in his rhymes, making this a singular gem. You’ll be smiling all the way to the end.