“State the rhyme, borough of Brooklyn - otherwise known as Crooklyn ”

For the casual listener of Hip Hop in the late 80’s and early 90’s, 3rd Bass was synonymous with Pop Goes the Weasel; the Vanilla Ice bashing song and video. For the serious 3rd Bass fan though, 3rd was much deeper than one song.

MC Serch spent his youth learning the skills of MC’ing and attended the High School of Music and Art where he perfected his skill. In the mid 80’s Serch was performing with groups like Gangster 5 and SZ Connection. He then recorded his first solo single “Melissa” in 1986 and followed that up with the single “Hey Boy”.

Around the same time Prime Minister Pete Nice was writing rhymes while attending junior high in the neighborhood of South Floral Park. He eventually attended Bishop Ford High School and began playing basketball, although he still was spending his time with hip hop. Pete earned a basketball scholarship to Columbia University in 1985 where he began hosting his own Hip Hopshow with DJ Clark Kent on the campus radio station WKCR.

Pete’s radio show lasted until 1988 until it was canceled and he focused his attention on rap. He began working with Richard Lawson (DJ Richie Rich). Through Sam Sever and Dante Ross, Pete and Rich were introduced to MC Serch who ended up working together and forming the group Three the Hard Way. They recorded a couple of songs including Wordz of Wizdom which ended up being included on the Cactus Album. When they were signed to Def Jam they changed their name to 3rd Bass. 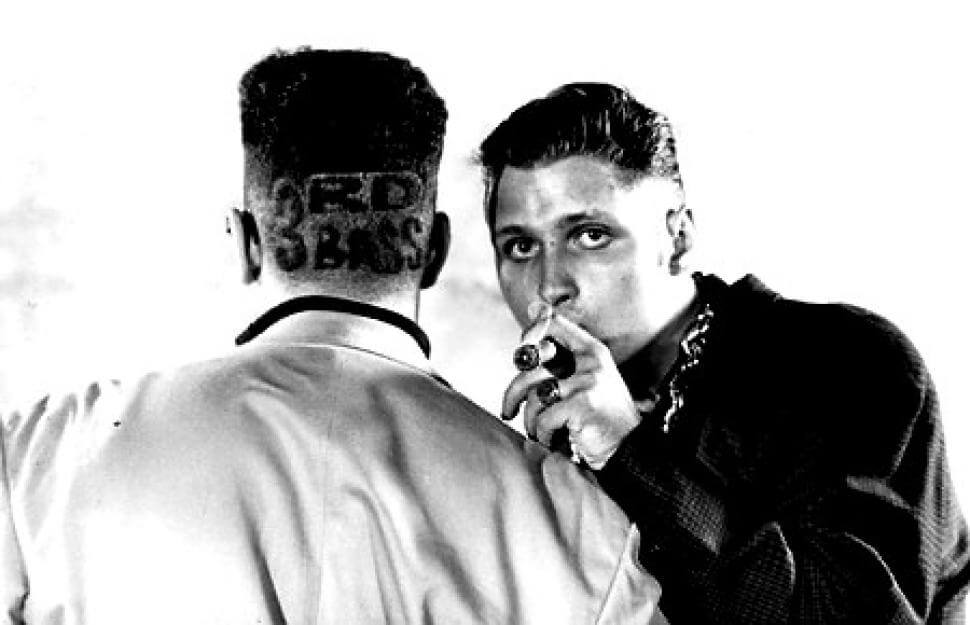 In their time, 3rd Bass was one of a small number of white Hip Hop artists to achieve wide acceptance in the larger community. Following the Beastie Boys, 3rd Bass proved that white Hip Hop wasn’t going to become a watered-down, commercial rip-off of the art, as many white interpretations of black music had been in the past. They possessed a well-developed lyrical technique and were respectfully well versed in Hip Hop culture and tradition. They helped set the tone for the way white rappers could credibly and intelligently approach the music, and despite staying together for only two albums, they managed to create a highly positive lasting impact.

Their 1989 Def Jam debut The Cactus Album was greeted with enthusiastic reviews. Clever, good-humored singles like “The Gas Face,” “Steppin’ to the A.M.,” and “Brooklyn-Queens” helped make 3rd Bass a name in Hip Hop. Matching MC Serch’s bombastic, goofy good nature and Prime Minister Pete Nice’s gritty, English-trained wordsmith (sounding like a young Don in training), 3rd Bass’ debut album is revelatory in its way. For one, it is full of great songs, alternately upbeat rollers, casual-but-sincere disses, razor-sharp street didacticism, and sweaty city anthems, with A-plus production by heavyweights Prince Paul and Bomb Squad, as well as the surprising, overshadowing work of Sam Sever. The duo may not have come from the streets, but their hearts were there, and it shows. The album embodies New York life. The Cactus Album was important because it proved to Hip Hop heads that white kids could play without bastardizing the culture. It may not have absolutely integrated rap, but it was a precursor to a culture that became more inclusive and widespread after its arrival.

The 1990 release of The Cactus Revisited was a remix record that overhauled the sound and some lyrics of six tracks and a B-side. Rather than just recycle old material while working on a follow-up, this piece both summarizes and extends the flavor of The Cactus.

In 1991 they followed with Derelicts of Dialect, which contained a viciously funny jab at Vanilla Ice called “Pop Goes the Weasel.” Accompanied by an equally humorous video, “Pop Goes the Weasel” became 3rd Bass’s biggest chart single. It presented some damage control in Hip Hop and prevented 3rd Bass from getting lumped in with Ice, while distancing some of the Caucasian race from the whole phenomenon.

In late 1991, shortly after 3rd Bass had finished recording the song Gladiator for the movie of the same name, Serch decided to leave 3rd Bass. Serch issued his solo album Return of the Product in 1992. The album spun out three single releases; Here it Comes, Back to the Grill and Daze in a Week. Although it was a tight album, it was not as well received as his work with 3rd Bass much like Pete’s solo work.

While recording his album Serch also produced and executive produced the Zebrahead soundtrack which introduced the world to Nas (Nasty Nas at the time). Nas also appeared on Serch’s solo album on the track Back to the Grill. Serch then become an A&R rep for Wild Pitch Records until they folded. Serch went on to be the executive producer on Nas’ debut album Illmatic in 1994 which was met with rave reviews. Serch also managed to start his own label, Serchlite Records. Serch also worked on Word Life with O.C. and also worked with Non Phixion.

Three minus one equals two… indeed. That line from from Pete Nice’s song Kick the Bobo pretty much summed up where Pete and Rich stood after Serch’s departure from 3rd Bass. As for the remaining ex-3rd Bass men, it was back to just Pete and Rich now, who stayed together and ended up recording the album Dust to Dust under the moniker of Prime Minister Pete Nice & Daddy Rich. The album only produced the two singles; Rap Prime Minister & Daddy Rich (Rat Bastard) and Kick the Bobo before fading into obscurity. The album was definitely not poorly produced, considering the talent of the Beatnuts, KMD and Pete & Rich as well. Promotion was the one thing that this project was lacking in serious amounts.

Pete Nice along with Bobbito started their own label Hoppoh Records under the parent company of Columbia. Only two releases were put out before the label was abandoned due to creative differences with Columbia Records. Kurious Jorge’s album A Constipated Monkey was released first with Pete and Rich producing the I’m Kurious single as well as Pete Nice being one of the executive producers on board . The second album released was Count Bass D’s Pre Life Crisis.

In the mid 90’s Pete dropped out of the music business completely and opened a baseball memorabilia store in Cooperstown, NY. He also was the curator for the Chadwick Collection; a traveling exhibit of 19th Century baseball memorabilia. In 2004 we exit Prime Minister Pete Nice the MC and enter Peter J. Nash, the author. Pete has released a book entitled Baseball Legends of Brooklyn’s Green-Wood Cemetery and is set to release a second baseball related book entitled Chadwick: Father of Baseball.

Serch on the other hand, put down the microphone on stage and picked up the microphone in a radio station studio. From his days in 3rd Bass doing radio shows for promotion, he forayed into a career in radio by hosting a weekly Hip Hop show on New York’s WKTU-FM (103.5), later moving to Norfolk, Virgina to WBHH-FM (92.1). In late 2002 Serch signed a contract with WJLB-FM (97.9) in Detroit, Michigan and has his own morning show, “Serch in the A.M.”

In October of 1998 3rd Bass played at a party for Andy Hilfiger, brother of designer Tommy Hilfiger. Shortly after that event there had been talks of a new album entitled Ichabod’s Cranium. Unfortunately reunion and album plans were scrapped.

On March 9th, 2006, Serch and WJLB parted ways. Although this may have looked like a bad situation at first, it opened more doors for Serch, and he was able to release his second solo album exclusively online called Many Young Lives Ago: The 1994 Sessions. This finally gave the fans some new (to us) material and a little taste of two 3rd Bass tracks that would have appeared on Ichabod’s Cranium had that project come to be. Serch also gained two starring roles on VH1’s reality series Ego Trip Presents. His first stint would be the host of The White Rapper Show. His second would be the following season hosting The Female Rapper Show. As of right now there are no talks for a third season, however, last thing heard from Serch is he would like to drop a new solo album in 2009.