“Woke up quick, at about noon, jus' thought that I had to be in Compton soon”

Compton, California is a small suburb of Los Angeles, a place known for its vast history of rags-to-riches stories, stardom, glamour, and fame. Compton has emerged from being just another surrounding area of Los Angeles to one of the country’s most well known cities. That fact is attributed to the music in which Compton helped give birth to and make so famous. “Gangsta” rap has developed into a money making enterprise, spreading misogynistic messages, violent overtures, and the theories of toting guns as if it was a sport. Sometimes, the words would prove to be more fiction than fact, but the attention was attracted nonetheless.

One of the artists responsible for making this era of music so spectacular is Eazy-E, a gangsta rapper whose claim to fame was not the music, but in the way he presented it. With a career that would span almost a decade, Eazy became the mark of excellence in gangsta rap, but as with all success comes a price. Eazy would rise above many obstacles that would kill just an average person, and tasted the fruits of his labor until his untimely demise. 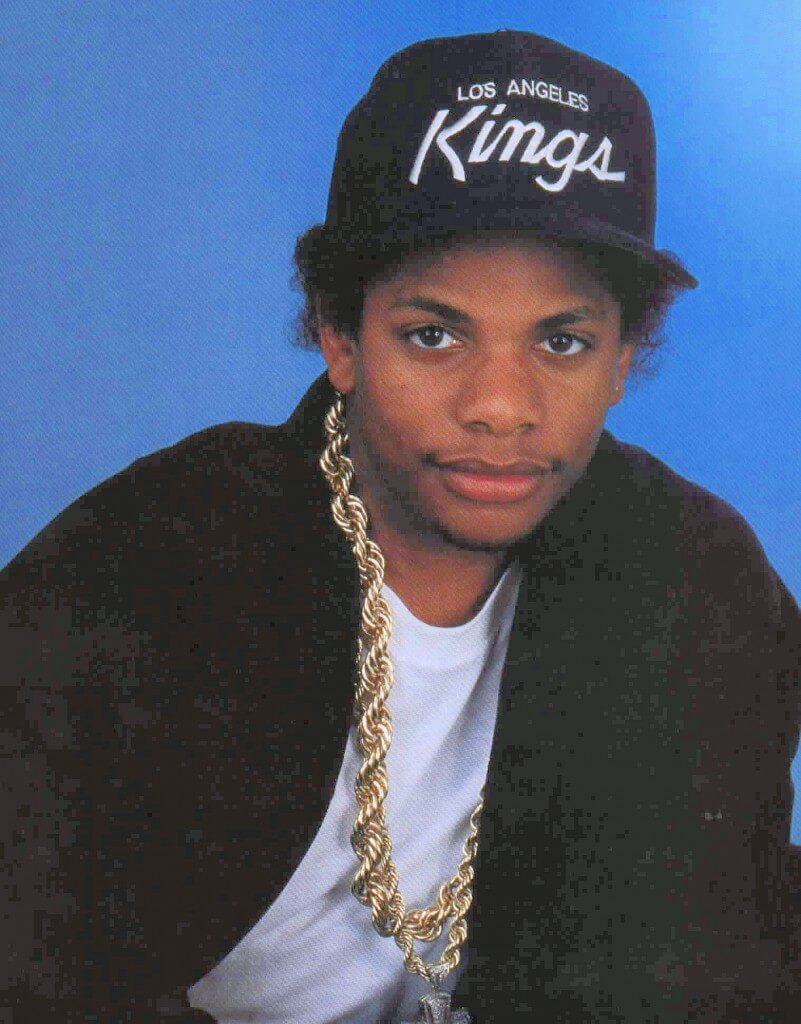 Born Eric Wright in 1963, Eazy grew up with the same hopes and dreams as most young men from an impoverished background. He wanted to make it big, no matter how he had to do it. Hip Hop was a flourishing conglomerate, very legal, and one that could provide a way of life that make most envious to the point of rage. The Hip Hop scene on the western section of the United States was not as lush as it was in the east, but all that would make a drastic change.

Dealing drugs to make a living, Eazy finally did something positive with the money that was leading to the bloodshed on the streets. He took a portion of his earnings and formed a rap label, called Ruthless Records. The attempt to start his rap empire didn’t prove fruitful until up and coming artists Ice Cube and Dr. Dre began to write for the label. When HBO, the signing company of Ruthless Records refused to take one of the group’s songs, titled “Boyz In The Hood,” they formed the group N.W.A., an acronym for N***** With Attitude. They would bring aboard 1 more member DJ Yella, and the five-man team would begin to blaze the trail that we know today as gangsta rap. 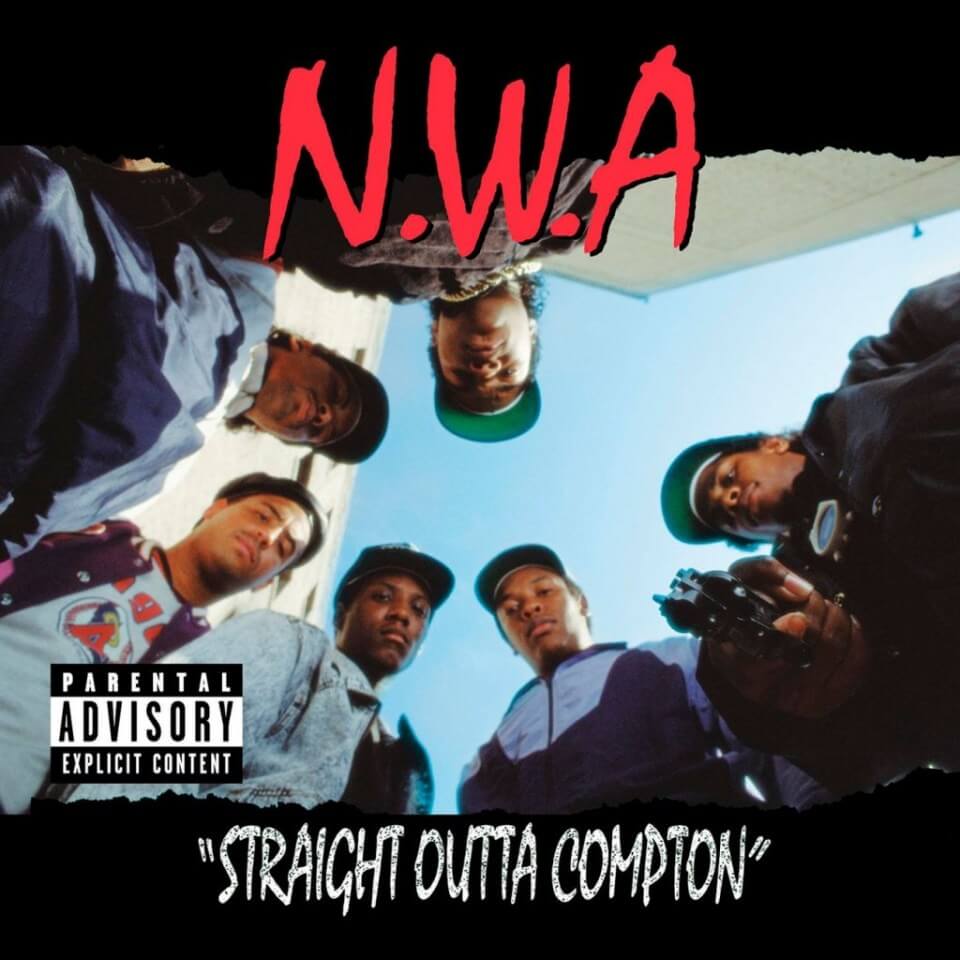 N.W.A.’s debut album, “N.W.A. and The Posse,” was a party-oriented jam record that largely went ignored upon its 1987 release. In the following year, the group added M.C. Ren and revamped their sound, bringing in many of the noisy, extreme sonic innovations of Public Enemy and adopting a self-consciously violent and dangerous lyrical stance. Late in 1988, N.W.A. delivered “Straight Outta Compton, ” a vicious hardcore record that became an underground hit with virtually no support from radio, the press or MTV. N.W.A. became notorious for their hardcore lyrics, especially those of “F*** Tha Police,” which resulted in the FBI sending a warning letter to Ruthless and its parent company, suggesting that the group should watch their step. Most of the group’s political threat left with Ice Cube when he departed in late 1989 amidst many financial disagreements. A nasty feud between N.W.A. and Cube began that would culminate with Cube’s “No Vaseline,” an attack on the group’s management released on his 1991 “Death Certificate” album. By the time the song was released, N.W.A., for all intents and purposes, was finished.

Eazy and the rest of the crew would go on to release two more albums, “100 Miles and Runnin’” in 1990 and “Efil4zaggin” (which is N***** 4 Life backwards) the following year, and the albums were mostly Eazy flexing his lyrical muscle. Some of the lyrics provoked outrage from many critics and conservative circles, but that only increased the group’s predominately male, White suburban audience. Even though the group was at the peak of their popularity, Dre began to make efforts to leave the crew, due to conflicting egos and what he perceived as an unfair record deal. Dre and Eazy would then delve into a widely publicized feud that would run its course over a few years. Eazy then would have to make the transition as a solo artist, but seemingly the transition was made rather smoothly. 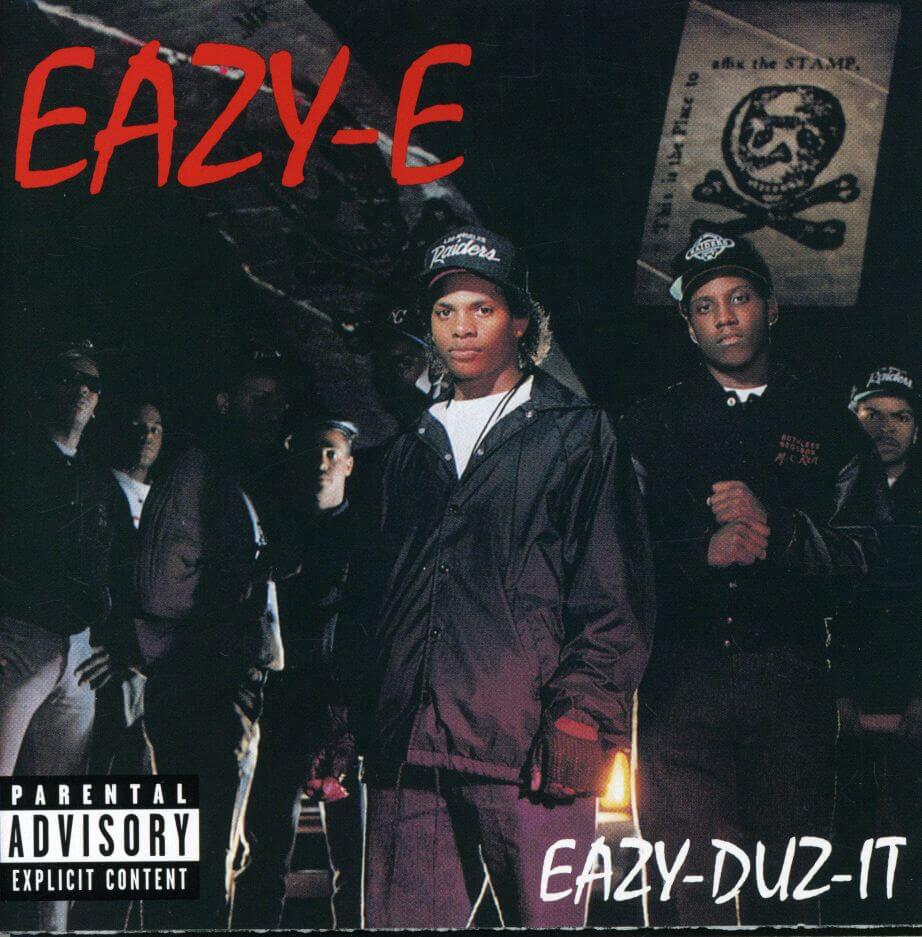 Eazy had released his debut solo album in 1988, titled “Eazy Duz It,” which would ultimately be his only full-length album. It was received well amongst fans, particularly in California. Although he would never achieve the astronomical success he received with N.W.A. on a commercial level, he still was considered a force in Hip Hop. Fans across the nation had begun to see a change in Hip Hop, and Eazy was one of the many driving forces behind it.

Amidst the drama that was going on between he and Dr. Dre, Eazy decided to take the bold step of addressing the issue on record. “It’s On (Dr. Dre) 187um Killa” was released in late 1993, which proved to be a depiction of the murder of Dre on record, and it attracted major attention. The unapologetically violent album would be the first of many on-record feuds between Dre and Eazy, and it shed a lot of light on the issues between the former partners. It also marked the decline in Eazy’s vastly flourishing career.

In 1995, the Hip Hop nation was struck with alarming news. In a publicized statement, Eazy announced he had contracted HIV, the virus that caused AIDS. No one, including Eazy himself had a clue about how sick he actually was. During the week of 20th March, the star drafted his last message to fans. One month after making that haunting announcement, Eazy succumbed to the disease at a local hospital in Los Angeles. He was 31 years old at the time of his death. Before he died, Eazy had made amends with Ice Cube and Dr. Dre, the men whom he skyrocketed to success with and rewrote Hip Hop history with. A man of his talents has been deeply missed since his passing, and the game has had the unenviable task of going on without him.

Two postmortem albums were subsequently released, “Eternal E” in 1995 after his death, and “Str8 off Tha Streetz of Muthaphukkin Compton,” in 1998, both of which proved to be successful. An upcoming group discovered by Eazy, were in the beginning stages of their careers, which would prove fruitful later on. The legacy of Eazy E lives on in the hearts and minds of Hip Hop and its long list of fans. 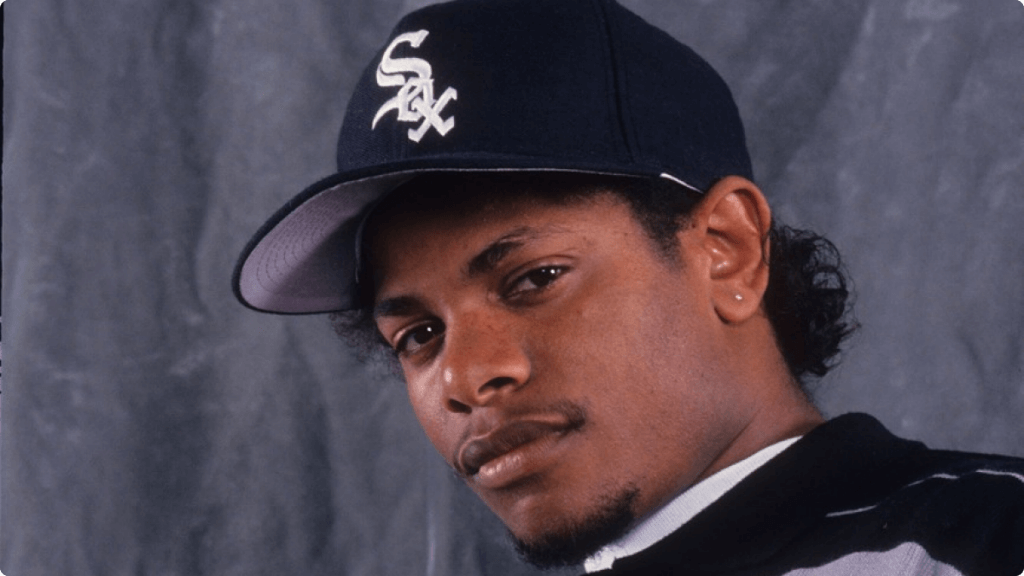