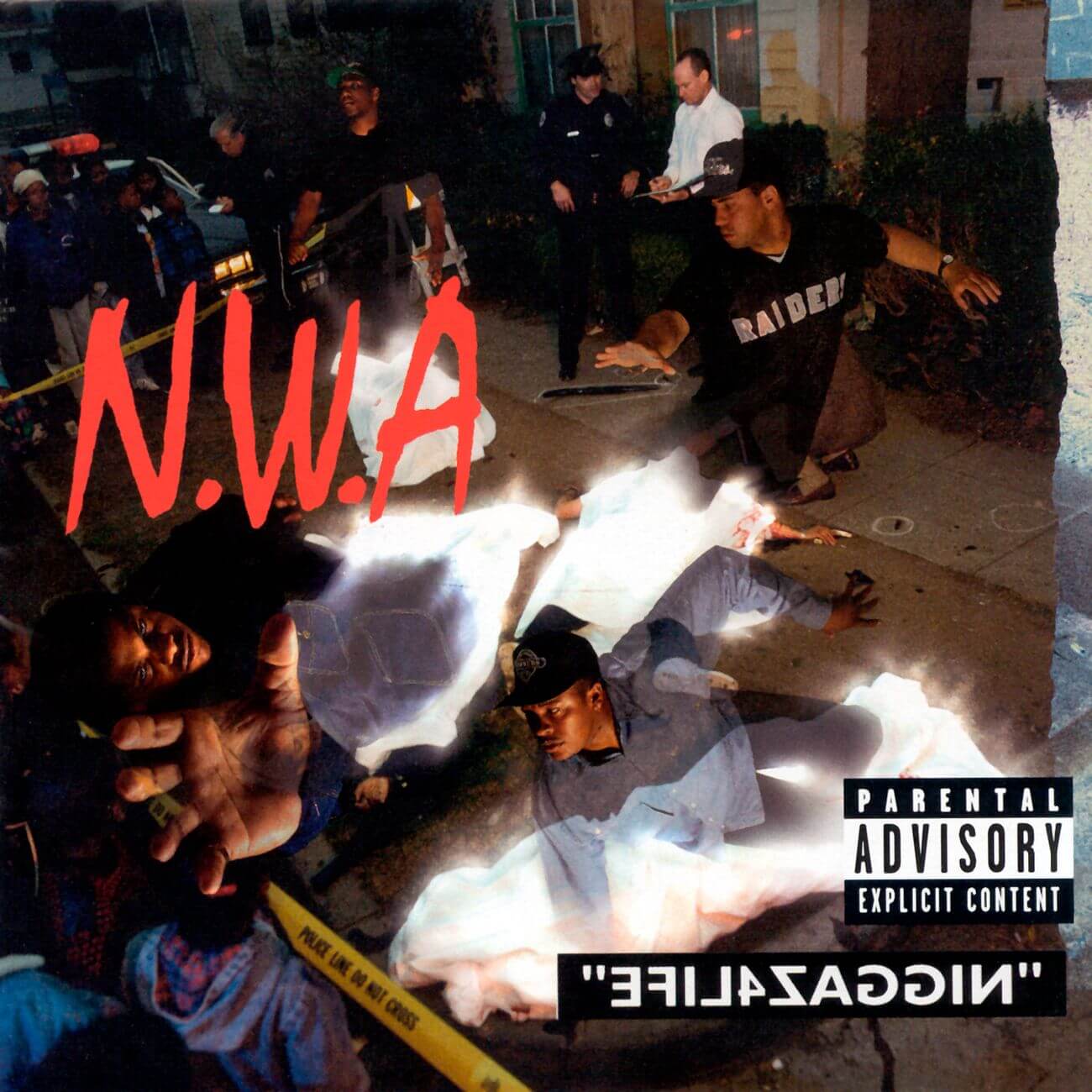 “You can't harm me, alarm me, 'cause we're the generals in this fucking Hip Hop army”

To Kill a Hooker (interlude)

I'd Rather Fuck You

The Dayz Of Wayback

Niggaz4Life (also known as EFIL4ZAGGIN or Efil4zaggin) is the second and final studio album by N.W.A, released in 1991. It was their final album, as the group disbanded later the same year after the departure of Dr. Dre and songwriter The D.O.C. for Death Row Records; the album features only four members of the original line-up, as Ice Cube had already left the group in 1989. Niggaz4Life debuted at number 2 on the Billboard 200, selling over 954,000 copies, but in its second week peaked at number 1.