“Still taking my time to perfect the beat - and I still got love for the streets, it's the D-R-E”

Gangsta rap pioneer Dr. Dre was born on February 18, 1965. A music fan from the start, Dre started working as a DJ in his teens. His first major success came with the rap group N.W.A. and he later co-founded Death Row Records in 1991. In 1992, his first solo album, The Chronic, became a huge hit. Dre started up Aftermath Entertainment in 1996 and signed Eminem and 50 Cent to his label. He eventually co-founded the company Beats Electronics with Jimmy Iovine — and made millions on its 2014 sale to Apple. 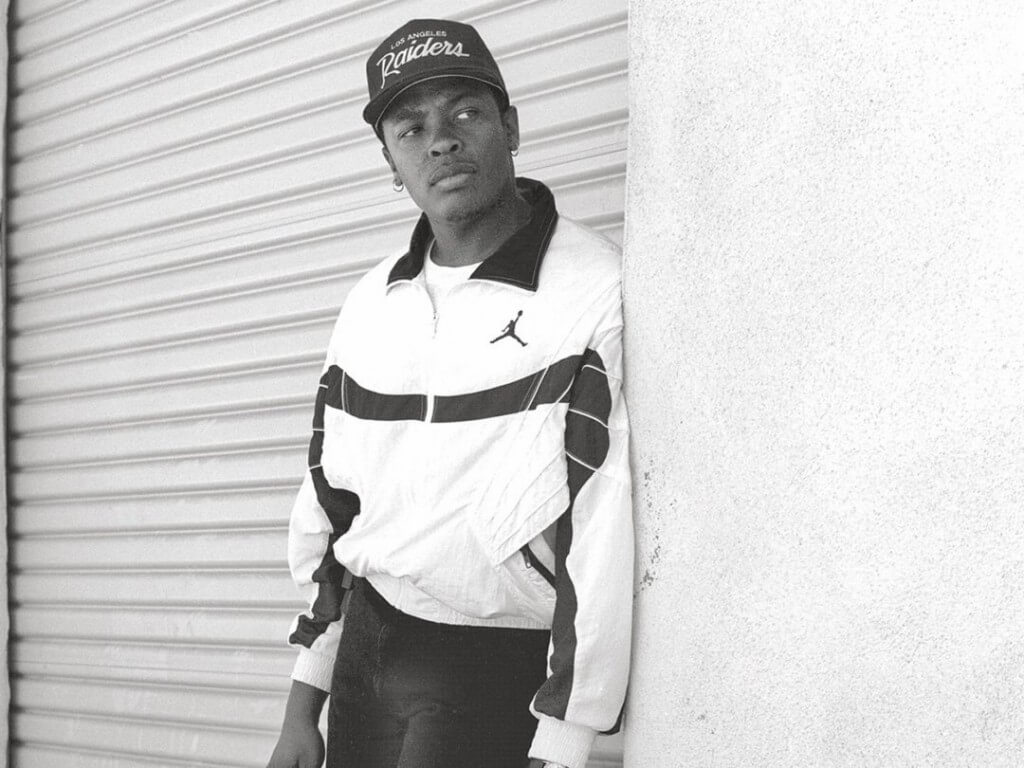 Born Andre Romelle Young, Dr. Dre came from a musical background. Both of his parents were singers. His mother, Verna, quit her group the Four Aces shortly before Dre was born. His middle name comes from one of the bands his father Theodore belonged to, the Romells.

After his parents split up, Dre lived with his mother, who remarried several times. They moved around frequently, and at one point lived at the Wilmington Arms housing project in the Compton area. At Centennial High School, Dre showed a talent for drafting, but he paid little attention to his other course work. He transferred to Fremont High School and then went to the Chester Adult School. But his interests didn’t lie in schoolwork—he wanted to make music. Dre received a music mixer for Christmas in 1984 and soon turned his family’s home into his studio. For hours on end, he would work his magic, taking pieces of different songs and sounds to make his own sound.

Dre started hanging out at L.A. nightclub Eve After Dark, where he eventually got his chance to work the turntables. He joined the World Class Wreckin’ Cru, which performed in nightclubs, and developed the rap persona of Dr. Dre, the Master of Mixology. His new moniker was inspired in part by basketball star Julius “Dr. J.” Erving.

Dre teamed up with fellow rappers Eazy-E, Ice Cube, Yella, MC Ren, the Arabian Prince and the D.O.C. to form N.W.A. (N***** With Attitude) in 1985. With his new group, he was able to produce a more hard-hitting sound. N.W.A.’s lyrics were equally harsh and explicit, reflecting life on the streets.

The group’s second album, Straight Outta Compton (1988), sold more than 2 million copies and marked the arrival of a new genre—gangsta rap. One track, “F*** tha Police,” ignited a firestorm of controversy. The song, which explored tensions between black youth and the police, was thought to incite violence. The FBI even sent a warning letter to Ruthless Records and its parent company about the song.

Breaking out on his own and on a new record label, Dre hit the top of the Hip Hop charts with The Chronic on Death Row Records in 1992. The biggest single from the album was “Nuthin but a ‘G’ Thang,” which featured Snoop Dogg, then a little-known rapper. With this latest release, Dre helped introduce G-funk, which incorporated musical samples and melodies from funk with gangsta rap. Dre had always admired the work of such acts as Parliament and Funkadelic.

Dre released his second solo album, 2001, in 1999. Selling millions of copies, the recording proved to be a hit on both the Hip Hop and pop charts. Over the next several years, Dre teased fans with news of a pending third album, titled Detox. Although tracks from Detox were leaked, the project was continually delayed and the album was never released.

Behind the scenes, Dr. Dre has been instrumental in launching the careers of numerous Hip Hop and rap artists. He acted as a track producer for many of the artists on Ruthless Records, a venture he started up with Eazy-E. Dre also worked with singer Michel’le on her debut album. With N.W.A., Dre helped produce much of the group’s material.

Dre established his own label, Aftermath Entertainment, in connection with Interscope Records. He signed numerous acts to Aftermath, but his two greatest successes came with Eminem and 50 Cent. At first, Dre took flak for signing white rapper Eminem, but he soon proved the critics wrong. He produced several of Eminem’s hit albums, including The Slim Shady LP (1999) and The Marshall Mathers LP (2000). With 50 Cent, Dre worked on his debut smash Get Rich or Die Tryin’ (2003), among other projects.

In 2008, Dre expanded his Hip Hop brand when he founded Beats Electronics with record producer Jimmy Iovine. He debuted the company’s audio line with Beats by Dr. Dre Studio headphones, which became wildly popular, and were followed by more successful products endorsed by pop and Hip Hop artists. The online music streaming service Beats Music was also launched in January 2014. The two partners have also funded The Jimmy Iovine and Andre Young Academy for Arts, Technology and the Business of Innovation.

In May 2014, Apple announced the purchase of Beats for $3 billion. The deal increased Dre’s net worth to approximately $800 million, making him the richest rap star, according to Forbes. As part of the acquisition, the largest in Apple’s history, Dre and Iovine joined Apple in executive roles. 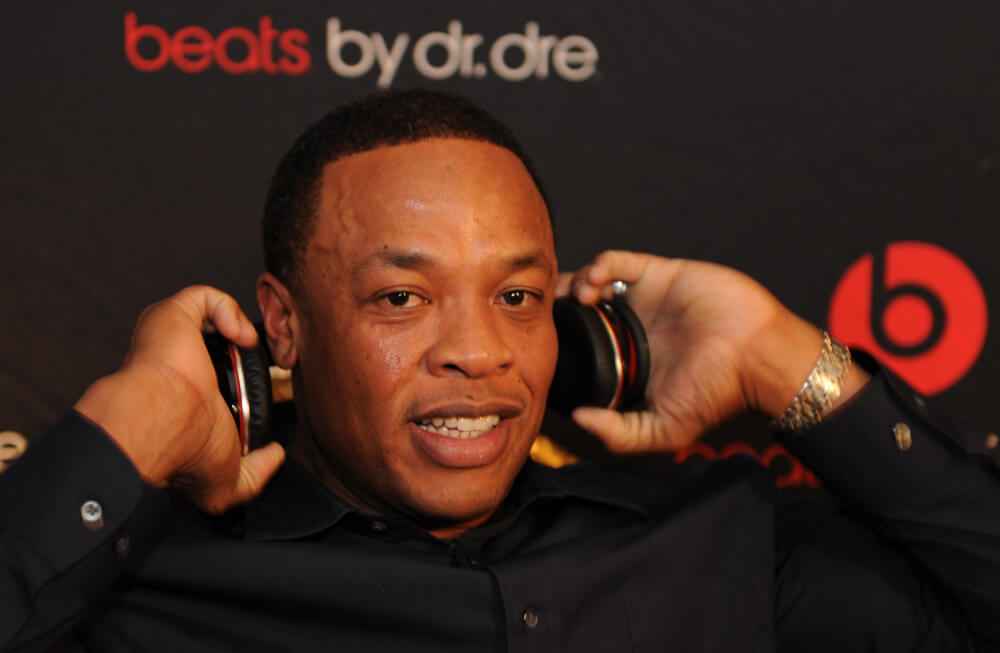 In August 2015, Dr. Dre announced the release of his long-awaited third album, Compton: A Soundtrack, on iTunes and Apple Music. Timed to coincide with the premiere of Straight Outta Compton, a biopic about the rise of N.W.A., Dre claimed the album was inspired by his time spent on the movie set.

Dre first became a father in high school. He didn’t meet his first son, Curtis, until the boy was 20 years old. Another high school relationship yielded a daughter named La Tonya. Dre also had a relationship with singer Michel’le, who had worked with him in the World Class Wreckin’ Cru, and they had a son together named Marcel. In the late 1980s, he fathered another son, Andre R. Young Jr., with Jenita Porter. Andre Jr. died in 2008 of a drug overdose.

In 1996, Dre married Nicole Threatt. They have two children together, a son named Truth and a daughter named Truly.

Dre is not the only performer in his family. His stepbrother, Warren G, had several hits in the 1990s. His son Curtis is a rapper who performs under the name “Hood Surgeon.” 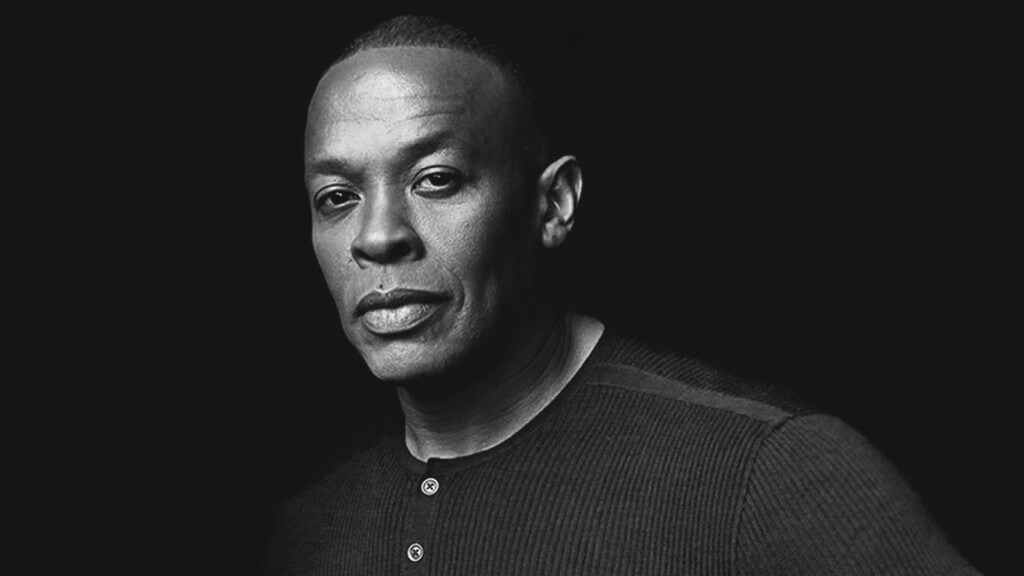