“Yo, praise me not for simply being what I am - born in L-O-N-D-O-N and sound American”

Monie Love (born Simone Gooden; 2 July 1970) is an English rapper and radio personality in the United States. She is a well-respected figure in British Hip Hop, and made an impact with American Hip Hop audiences as a protégé of female American emcee Queen Latifah, as well as through her membership in the late 1980s/early 1990s Native Tongues. Love was one of the first BritHop artists to be signed and distributed worldwide by a major record label. Love was born in the Battersea area of London. She is the younger sister of techno musician Dave Angel, and was a daughter of a London-based, jazz musician father. 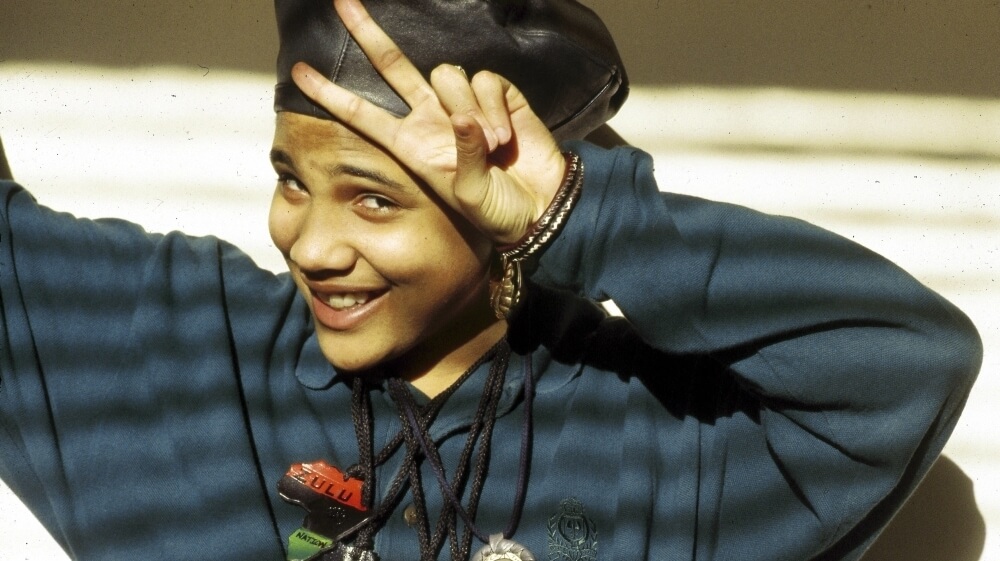 Love began her Hip Hop career as an emcee in the British Jus Bad crew, which featured DJ Pogo, Sparki, and MC Mell’O’. The group released the single “Free Style/Proud” on the independent Tuff Groove record label in 1988. Love first gained critical and commercial notice in the United States in 1989 for her cameos on Queen Latifah‘s Grammy Award-winning and pro-woman single “Ladies First“, on Adeva’s “Ring My Bell”, on the Jungle Brothers’ well-received single “Doin’ Our Own Dang” and on De La Soul‘s hit single “Buddy“. The acclaim led her to a recording contract with Warner Bros. Records, making Love one of the few British hip-hop efforts released by a major label. Love also has a place in hip-hop history as a member of the Native Tongues, a positive-minded Hip Hop collective that included Queen Latifah, De La Soul, A Tribe Called Quest, the Jungle Brothers, and a number of other acts. Her versatility was demonstrated with her involvement in the emerging popularity of house music with her own single “Grandpa’s Party” as well as providing rap for the Dancin’ Danny D Remix of Adeva’s house hit “Respect”. 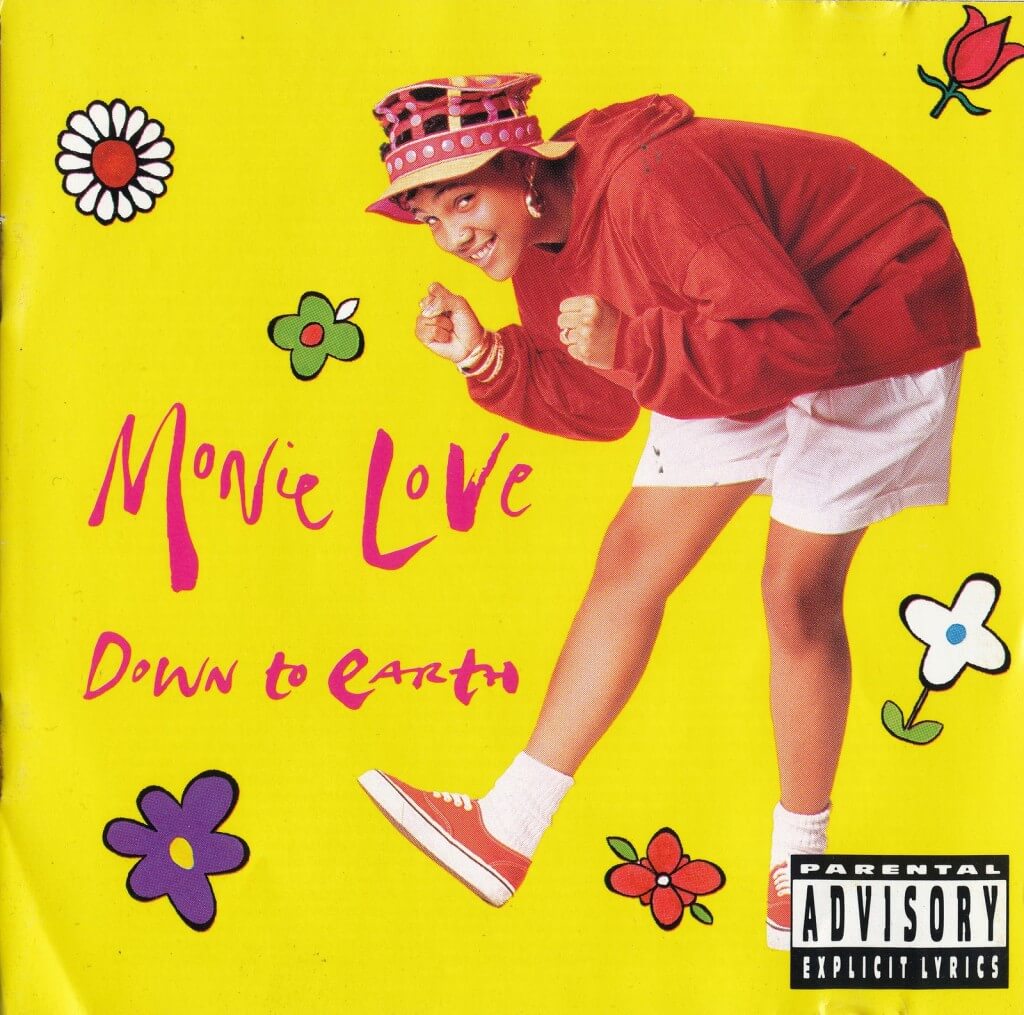 Love’s debut album, Down To Earth, spawned two, Grammy-nominated hits, “Monie in the Middle” (a high school-set track dealing with a woman’s right to determine what she wants out of a relationship) and “It’s a Shame (My Sister)” (which sampled The Spinners’ “It’s a Shame”, written for the band by Stevie Wonder) and featured house-music vocalist and then-labelmate Ultra Naté. The album reached #26 on the Top R&B/Hip-Hop Albums chart. Love also appears on the song titled “United” from Inner City’s third album, Praise.

Love was featured on her brother Dave Angel’s remix of Whitney Houston’s R&B hit “My Name Is Not Susan” in 1991, and appeared in the music video alongside Houston. Love’s 1992 single “Full-Term Love”, from the Class Act movie soundtrack, reached #7 on the Hot Hip-Hop Singles chart.

Love collaborated with Marley Marl on her second album, In a Word or 2 (1993), which featured the Prince-produced single “Born To B.R.E.E.D.” (which reached #1 on the Hot Dance Music chart and #7 on the Hot Rap Singles chart), as well as a re-release of “Full-Term Love”. The same year, Prince asked her to write lyrics for a few songs on a side-project, Carmen Electra’s eponymous album, Carmen Electra. Love’s last release as lead artist was the single Slice of Da Pie in 2000. In 2013, she featured on the track “Sometimes” by Ras Kass, from his album Barmageddon. 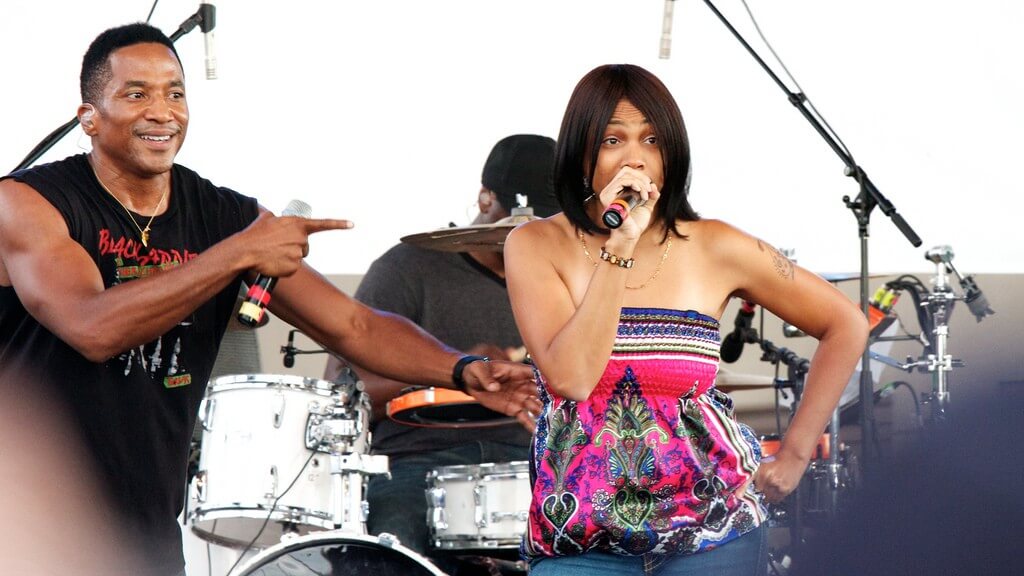 From 2004 until the week of 11 December 2006, Love was the morning drive host on Philadelphia’s WPHI-FM 100.3. The 22 December 2006 edition of the Philadelphia Daily News confirmed that Love left WPHI-FM on amicable terms after contract negotiations stalled. Love’s departure from WPHI followed soon after her December 2006 interview with Young Jeezy, where the two argued over whether Hip Hop is dead.

Love is also an official MySpace.com DJ, according to her Myspace page. Love resides in Miami, Florida, and is a single mother to four children. She has a radio show on XM Satellite Radio called Ladies First Radio with Monie Love. It airs Thursdays 6 PM ET and Sundays 8 PM ET. In 2015, Love became a part of the Boom 107.9 family in Philadelphia with her morning show Monie In The Morning from 6 am to 10 am. 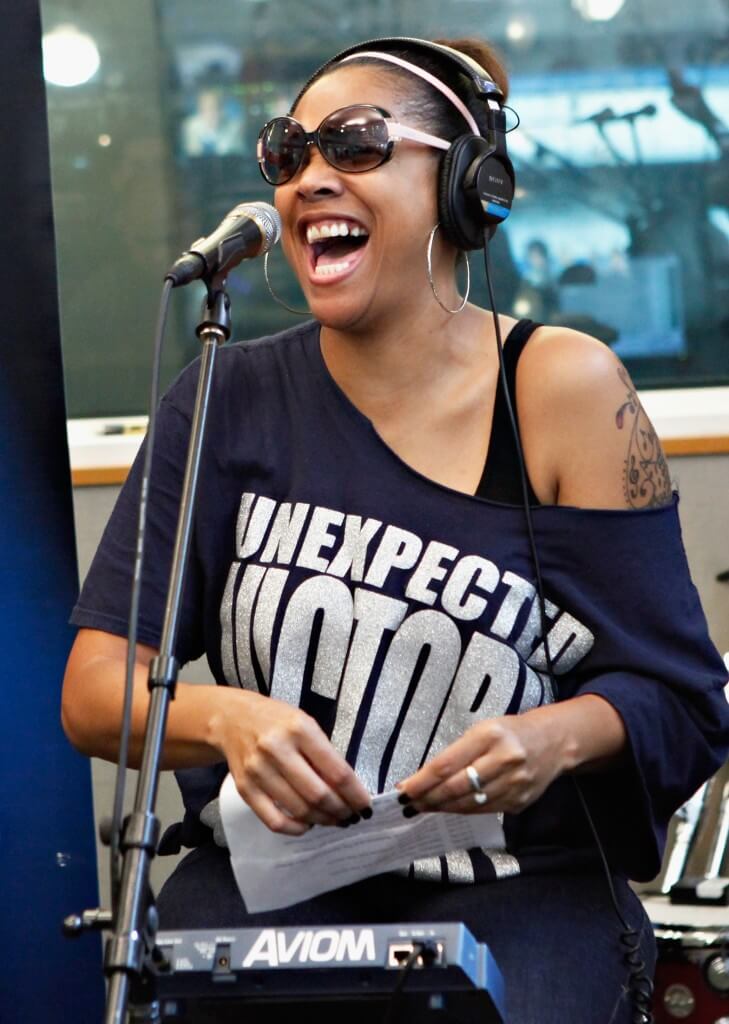