Famed musician and actress Queen Latifah was born on March 18, 1970, in Newark, New Jersey. Her debut album All Hail to the Queen sold more than 1 million copies, and the single “U.N.I.T.Y” earned Latifah her first Grammy Award. Latifah has also garnered acclaim for acting; she earned her first Oscar nomination (best supporting actress) for her performance in the blockbuster musical Chicago. 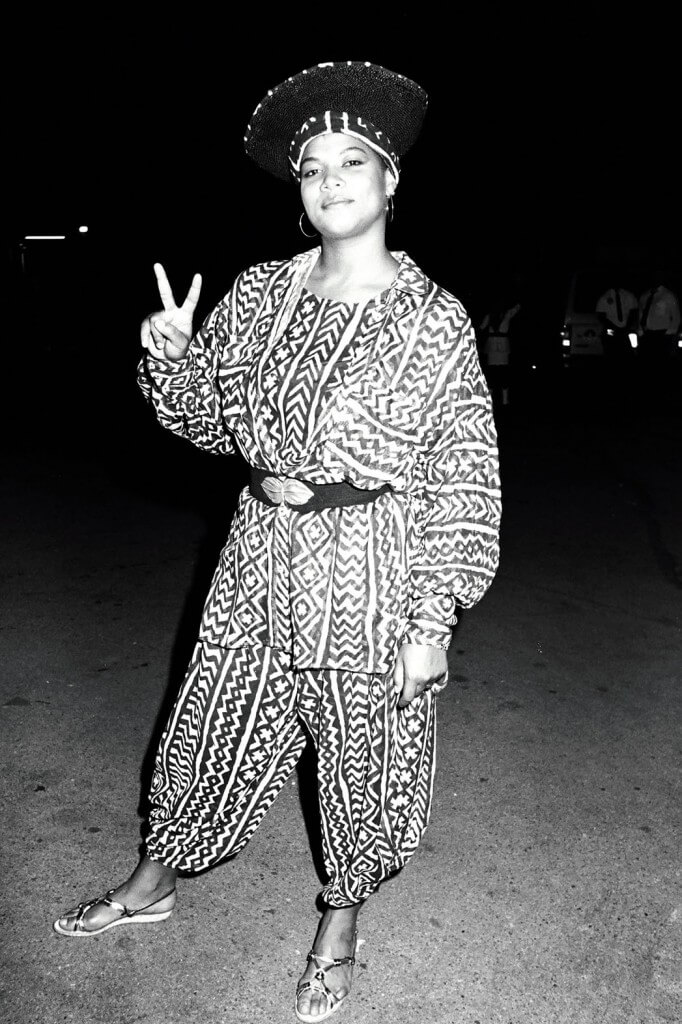 Rapper, record producer and actress Queen Latifah was born Dana Elaine Owens on March 18, 1970, in Newark, New Jersey. The second child of Lance and Rita Owens, Latifah is best known for her social politics, acting skills and gift for rhyme. When she was 8 years old, a Muslim cousin gave her the nickname Latifah, meaning “delicate and sensitive” in Arabic. Latifah began singing in the choir of Shiloh Baptist Church in Bloomfield, New Jersey, and had her first public performance when she sang a version of “Home” as one of the two Dorothys in a production of The Wizard of Oz at St. Anne’s parochial school.

In her first year of high school, Latifah began informal singing and rapping in the restrooms and locker rooms. In her junior year, she formed a rap group, Ladies Fresh, with her friends Tangy B and Landy D in response to the formation of another young women’s group. Soon the group was making appearances wherever they could. Latifah’s mother was a catalyst; she was in touch with the students and the music. She invited Mark James, a local disc jockey known as D.J. Mark the 45 King, to appear at a school dance. The basement of James’s parents’ house in East Orange, which was equipped with electronic and recording equipment, became the hangout of Latifah and her friends. They began to call themselves “Flavor Unit.”

James was beginning a career as a producer and made a demo record of Queen Latifah’s rap Princess of the Posse. He gave the demo to the host of Yo! MTV Raps, Fred Braithwaite (professionally known as “Fab 5 Freddy”). The recording captured the attention of Tommy Boy Music employee Dante Ross, who immediately signed Latifah, and in 1988 issued her first single, “Wrath of My Madness.” The track met with a positive response and afforded her the opportunity to launch a European tour, and to perform at the Harlem’s famed Apollo Theater. The next year Latifah released her first album, All Hail to the Queen, which went on to sell more than 1 million copies.

As she began to earn money, Latifah displayed an interest in investment, putting money into a delicatessen and a video store on the ground floor of the apartment in which she was living. She came to realize that she had a knack for business, and realized that there was an opening for her in record production.

In 1991, Latifah organized and became chief executive officer of the Flavor Unit Records and Management Company, headquartered in Jersey City, New Jersey. By late 1993, the company had signed 17 rap groups, including the very successful Naughty by Nature. In 1993, Latifah recorded a jazz- and reggae-influenced album titled Black Reign. While the album sold more than 500,000 copies, the single “U.N.I.T.Y.” earned Latifah her first Grammy Award in 1995.

In the 1990s, Latifah branched out into acting. She made her big screen debut in Spike Lee’s interracial romance drama Jungle Fever (1991). The following year, Latifah appeared in the crime thriller Juice with Omar Epps and Tupac Shakur. She soon landed a leading role on the small screen, appearing in the sitcom Living Single from 1993 to ’98. The comedy, which also starred Kim Coles, Kim Fields and Erika Alexander, proved to be a ground-breaking show. It remains one of the few sitcoms to focus on a group of African-American women.

A talented performer, Latifah continued to tackle both comedic and dramatic parts. She co-starred in 1996’s Set It Off with Jada Pinkett Smith and Vivica A. Fox, playing as a lesbian bank robber. Two years later, Latifah teamed up with Holly Hunter and Danny DeVito for the comedy Living Out Loud (1998). She also appeared with Denzel Washington and Angelina Jolie in The Bone Collector.

Perhaps Latifah’s most acclaimed film role to date came in the 2002 hit musical Chicago, starring Richard Gere, Catherine Zeta-Jones and Renee Zellweger. Her portrayal of prison matron Mama Morton gave her a chance to show off both her singing talents and acting skills. For her work in the film, Latifah earned an Academy Award nomination for best supporting actress. She lost to Chicago co-star Catherine Zeta-Jones. 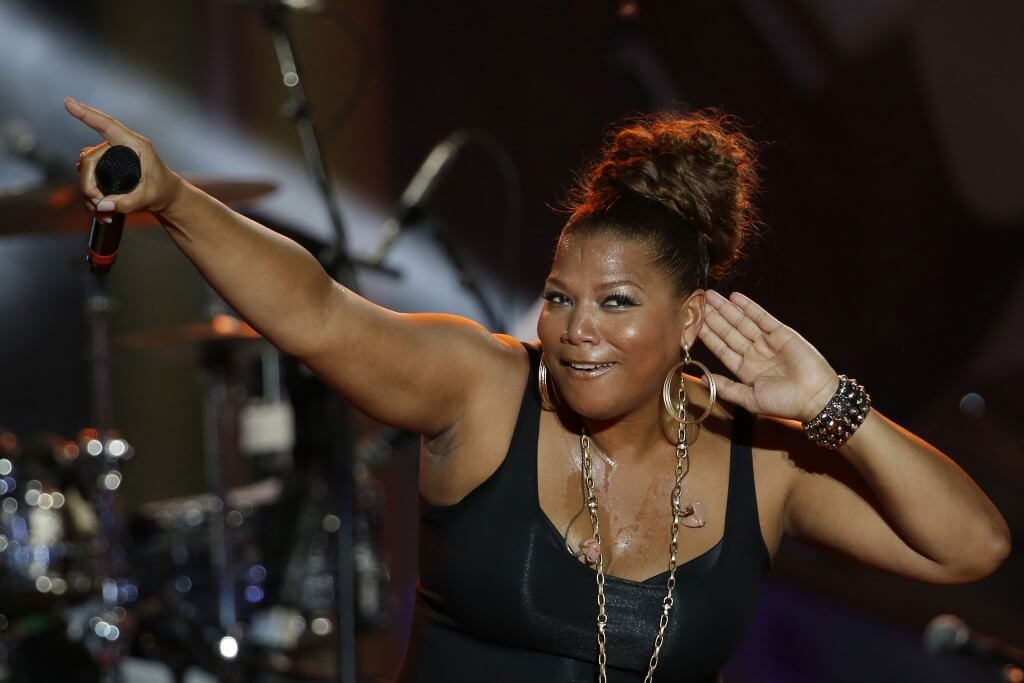 Latifah went on to receive strong reviews for 2003’s romantic comedy Bringing Down the House co-starring with Steve Martin. The following year, she experienced some disappointment with Taxi, which co-starred Jimmy Fallon. The comedy proved to be a critical and commercial dud. She fared better with Beauty Shop (2005) and her voice-over work in the hit animated film Ice Age: The Meltdown (2006).

In 2007, Queen Latifah again delighted movie-goers with her musical talents. She appeared as Motormouth Maybelle in Hairspray with John Travolta. Her crime caper Mad Money (2008) with Diane Keaton and Katie Holmes received much colder reception. Returning to drama, Latifah gave a strong performance in The Secret Life of Bees (2008).

On the small screen, Latifah has made a number of guest television appearances over the years, including on the shows 30 Rock and Single Ladies. She also co-starred in the 2012 TV remake of Steel Magnolias with Alfre Woodard, Phylicia Rashad and Jill Scott. Latifah branched out in a new direction the following year. She will enter the daytime television market with a new talk show. The Queen Latifah Show will debut in the fall of 2013. The program promises to be a mix of interviews and comedic and musical performances, according to BET.com.

In addition to acting, Queen Latifah serves as a spokesperson for CoverGirl cosmetics. She even has her own line with the company: The Queen Collection. 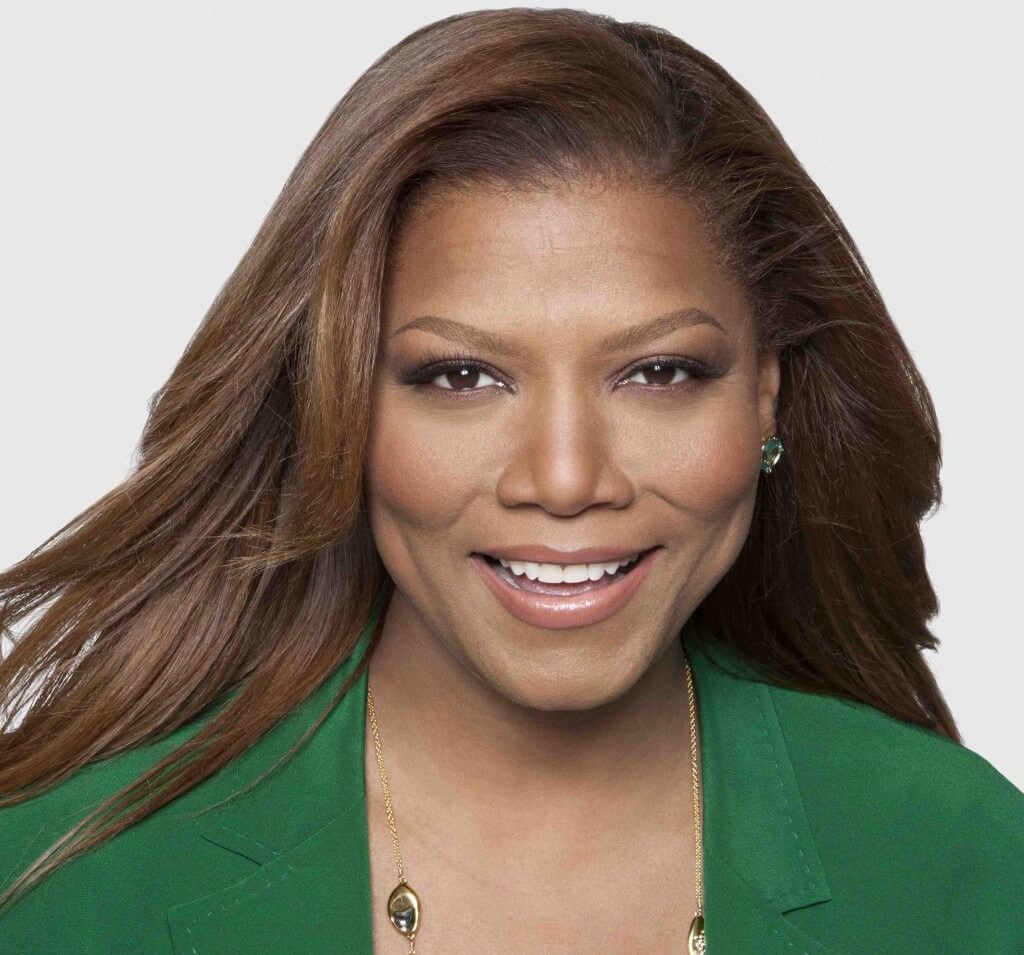