During Hip Hop’s Golden Age so many classic albums were released each year, that every year almost inevitably has a few excellent albums that were overlooked and forgotten. For this list – the fourth part in this series – we have selected one slept on gem for each year, from 1988 through 1996. Do you know them all? 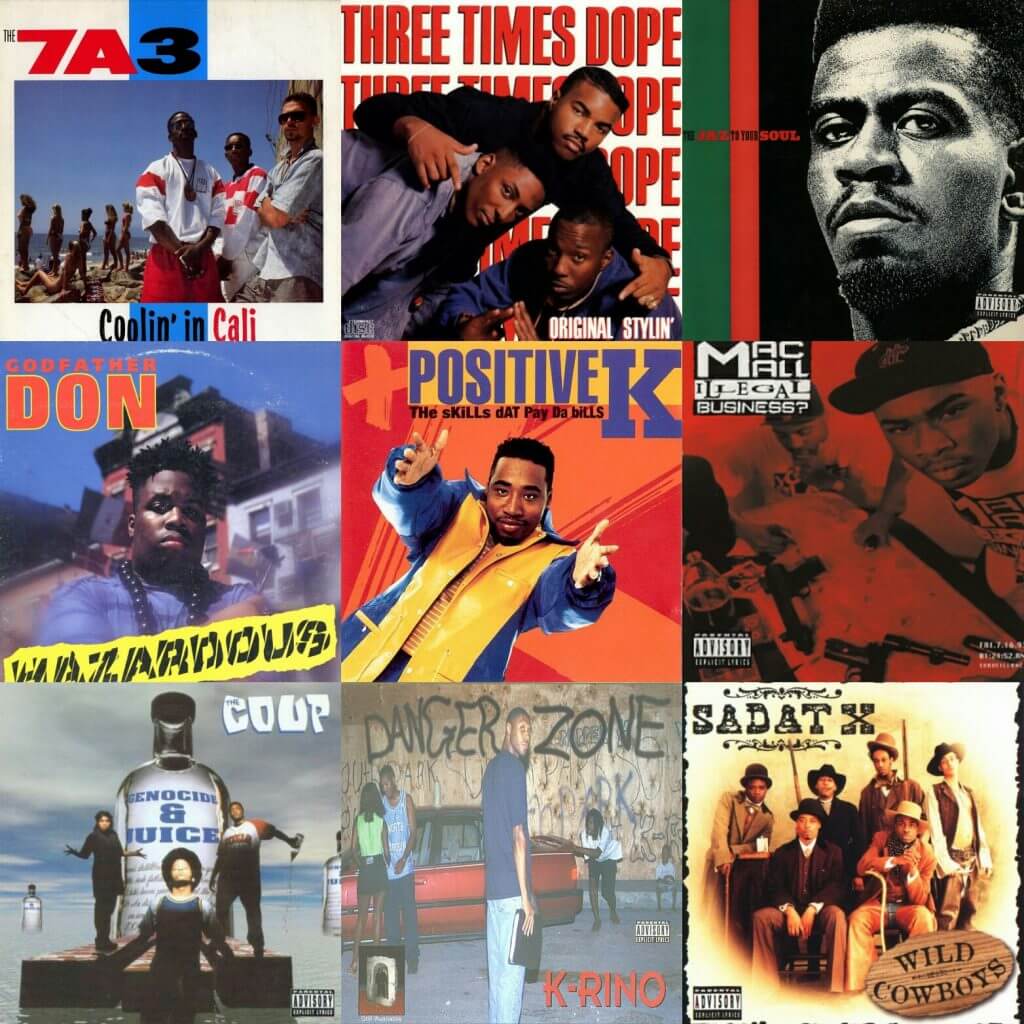 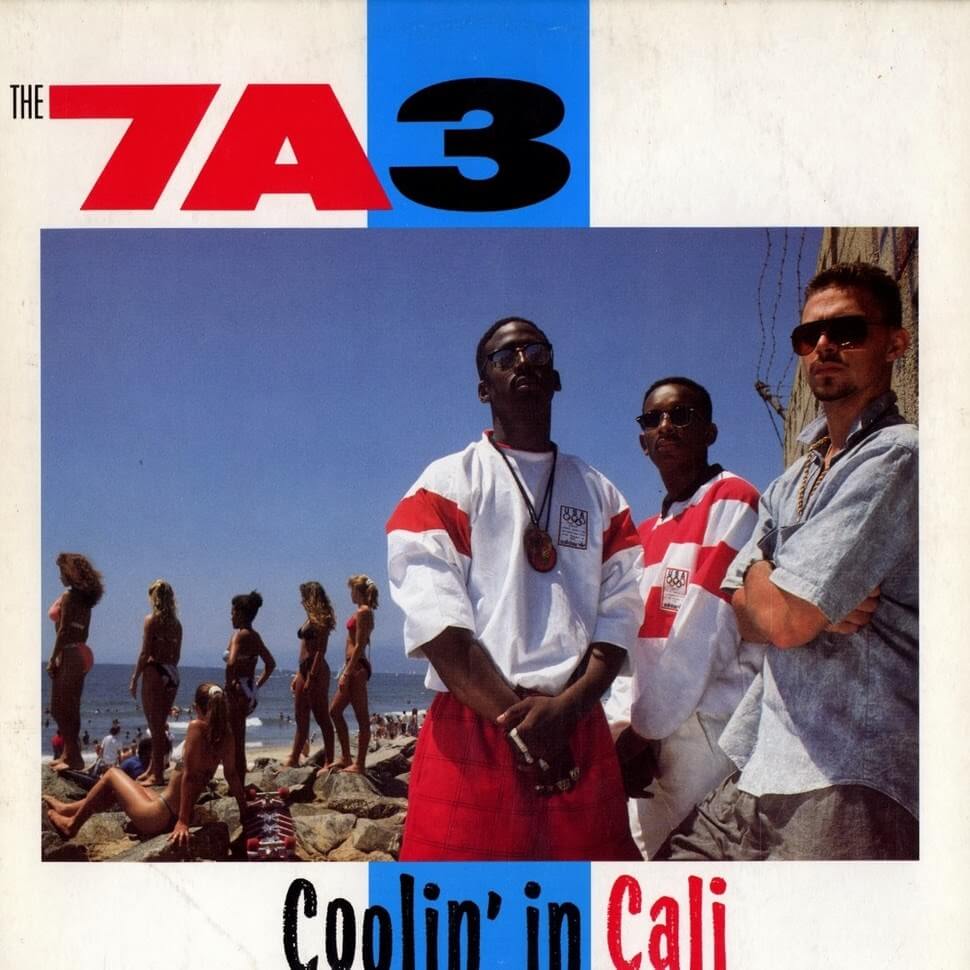 “Listen to my words, cause the teacher must teach / Take a sentence and rhythm, commence to speak” (Coolin’ In Cali)

DJ Muggs pre Cypress Hill. Together with the brothers Sean and Brett Bouldin, Muggs formed the 7A3. Their most notable effort was a contribution to the Colors Soundtrack, but this album can hold it’s own. Although the 7A3 was labeled as a L.A. crew, all members originally come from New York City – and it shows. With production from Joe “The Butcher” Nicolo, Stetsasonic‘s Daddy-O and the Bombsquad this is not a typical West Coast album. 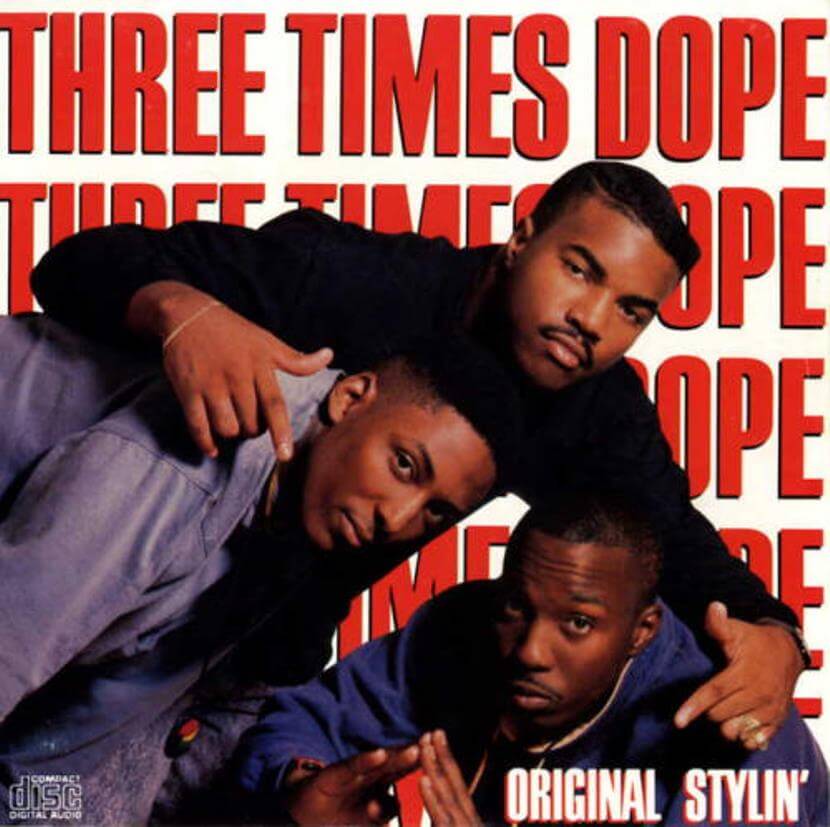 “Fly like a falcon, strong like a stallion / Now all I need is a gold medaillon / Providin small time suckers with info / EST’s the unusual fellow” (Greatest Man Alive)

Another excellent 1989 Hip Hop album, like a few others in this list somewhat forgotten because it came out in an era when so much dope albums were released. There’s a lot to enjoy here, so anyone who somehow missed this Philly classic would do well checking it out. 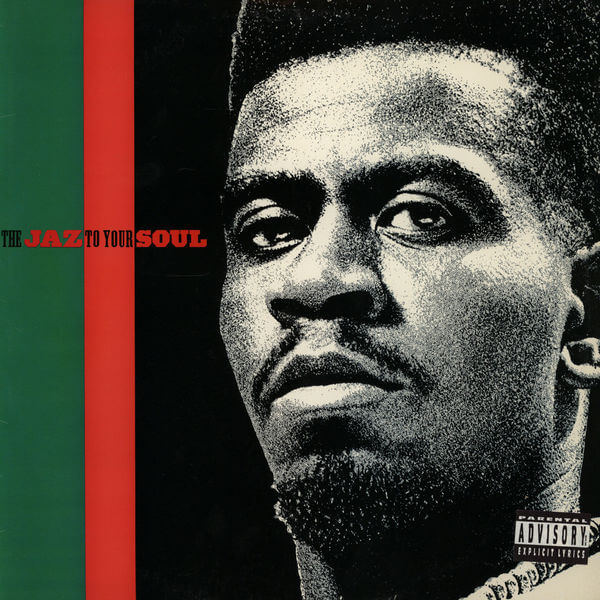 “My rhymin and singin technique is applaudable / Livin in luxury, and it’s affordable / No other brother is better than me, the J, the A, the Z” (The Originators)

The Jaz, Or Jaz O, is now best known as Jay Z‘s mentor and their later beef. The Jaz was a pretty dope emcee though, who could go fast and slow effortlessly. The production on this album is a bit uneven, that’s why it is not higher on the list – but To Your Soul is an album worth checking out anyway.

Top tracks: A Groove (This Is What U Rap 2) | The Originators | Put The Squeeze On Em | Ease Up Jaz 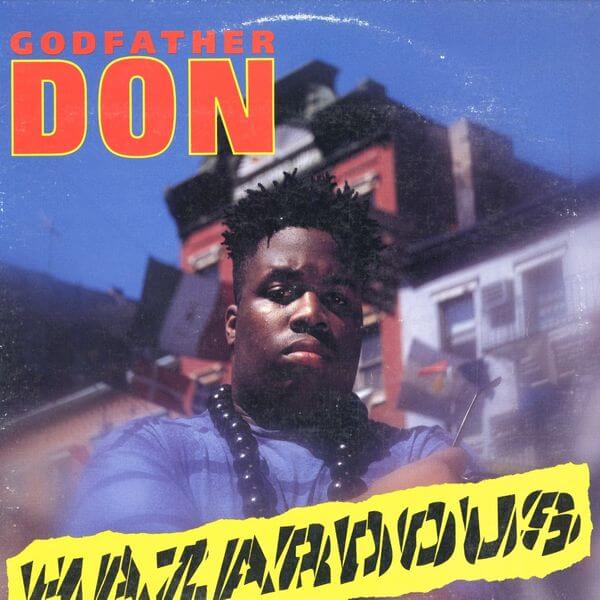 Godfather Don is an emcee closely affiliated with Kool Keith and is probably best known for their collaboration under the name The Cenobites.

Godfather Don dropped some dope solo material in the 1990s as well. This debut album is an excellent example of boom bap done right and shows the competence of Godfather Don both on the mic and especially on the production tip. Slept on, definitely worth checking out.

Top tracks: Sleepin’ With The Enemy | Hazardous | Involuntary Excellence | On And On 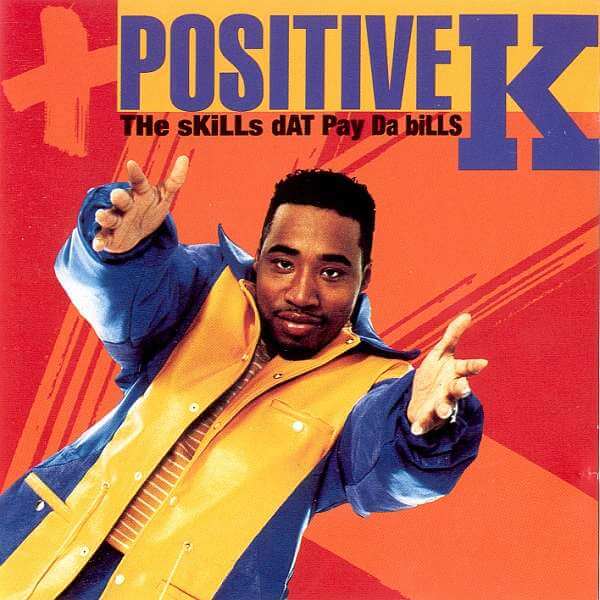 “First up to bat, Pos K the party wrecker / Got more moves than an effin game of checkers / Askin if I’m nice with mine, don’t say sorta / I can sell an Eskimo a glass of cold water / It ain’t no doubt you get knocked in ya mouth / Be the eighth MC, that Rakim didn’t talk about” (One 2 The Head)

If only judged by the popular single I Got A Man (and the bubblegum album cover), you might think Positive K is just another pop rapper. That would be wrong, though.

Positive K is a NYC Hip Hop veteran, loosely associated with MC Lyte and the Audio Two. Not counting the aforementioned hit single, this album is strictly NY boom bap Hip Hop and Positive K shows he really has the skills to pay the bills. This is a dope album that should not be forgotten. 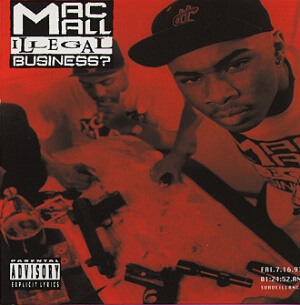 A typical product of the Bay Area of that time, E-40’s cousin’s debut album is a West Coast classic. Mac Mall (incredibly just 15 years old at the time of recording of this album) is on point lyrically with his tales of life on the streets, but what makes this album really stand out is the production.

Producer Khayree gave Mac Mall an album full of amazing beats and deep bass, sounding as fresh today as it did 20 years ago. Don’t sleep on this album. 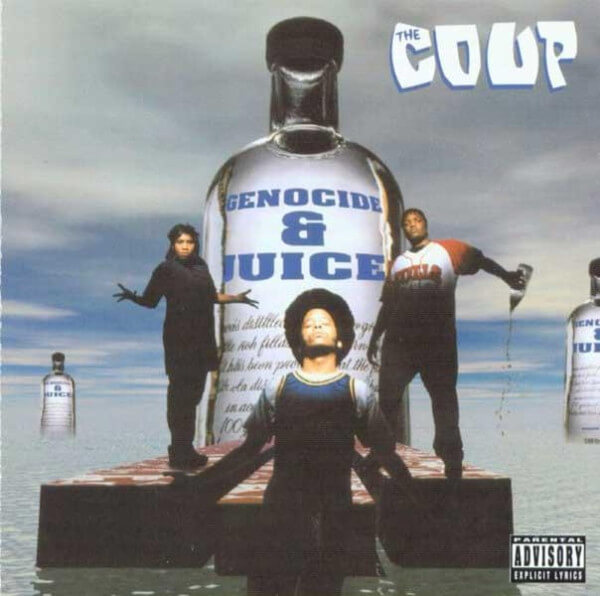 “I spit game on a regular basis; now everybody / Looking at my hand like I’m holding all the aces / Cool that they know our faces, from different places / But you can’t catch up if you don’t know what the pace is” (The Name Game)

The Coup has released a string of excellent albums with socially conscious and clever rhymes, and this sophomore effort arguably is their best. Funky, fresh production, intelligent rhymes by Boots, E-Roc & DJ Pam the Funkstress: another slept-on The Coup masterpiece. 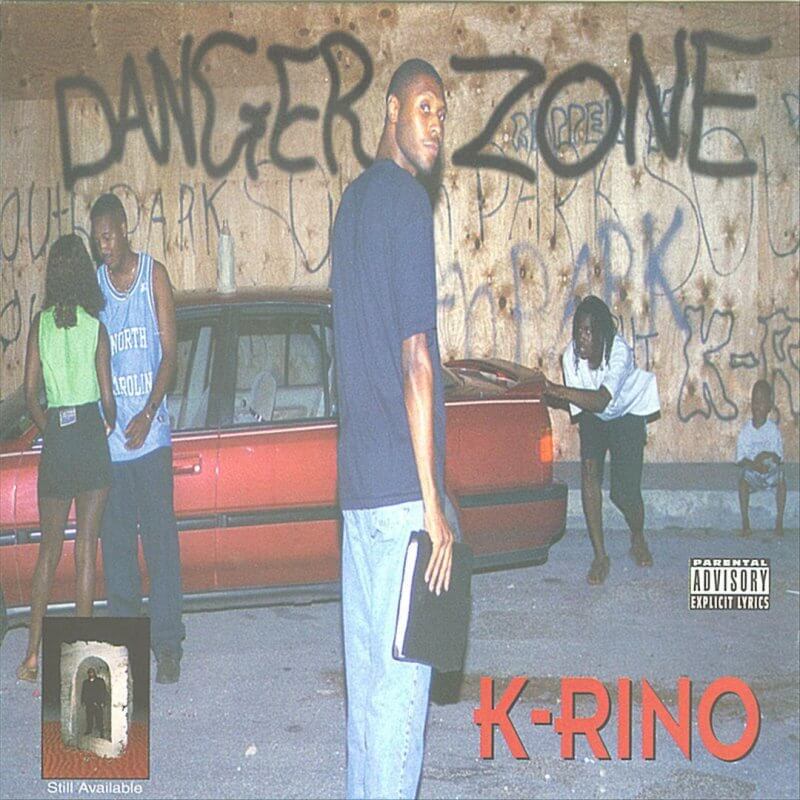 “As I fall into a deep sleep, knowledge is the drug I’m doping up / Eyes closed, I wait for mental doors to open up / I drift into the universal future events / I witness rhymes memorized without rehearsal…” (Illusions)

The second in a long string of albums from Houston legend K-Rino may not be as good as his debut, but features the same lyrical prowess. K-Rino always was a way above average emcee, with extravagant wordplay and an extensive vocabulary. Punchlines and thought-provoking, intelligent lyrics as always, K-Rino deserves his props as a top emcee. He could have benefitted from better cover art for his albums though… 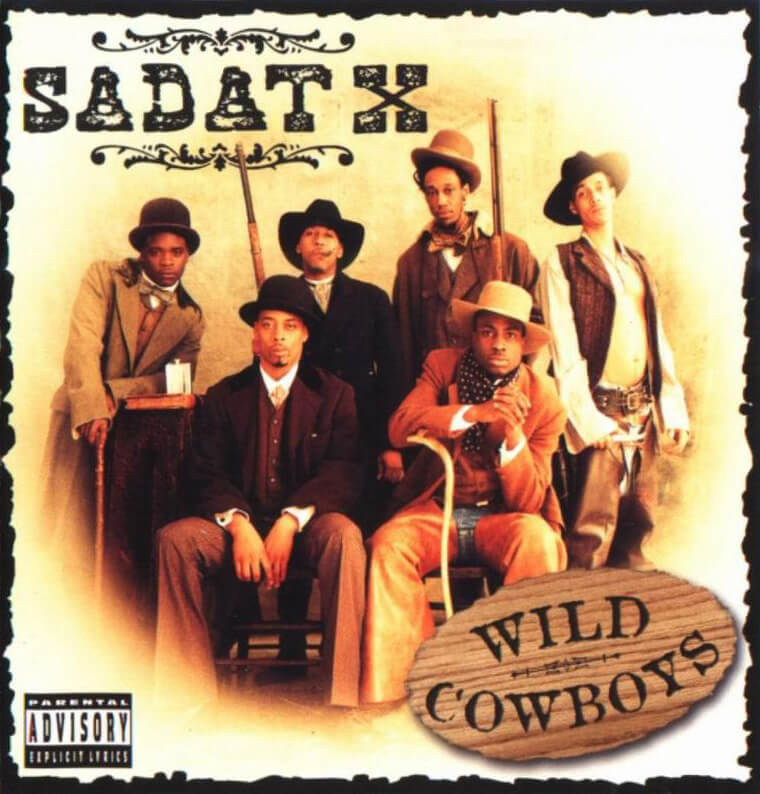 Supremely underrated. Wild Cowboys is the debut solo album from Brand Nubian’s Sadat X, and what a solo debut it is. Sadat X has a very distinct voice and delivery, so the album may not be for everybody. But anyone who is into that jazzy kind of NYC boom bap, complemented by at times thought-provoking rhymes, could do worse than to check this album out (if you somehow missed out on it). One of the most slept on albums in 1996.