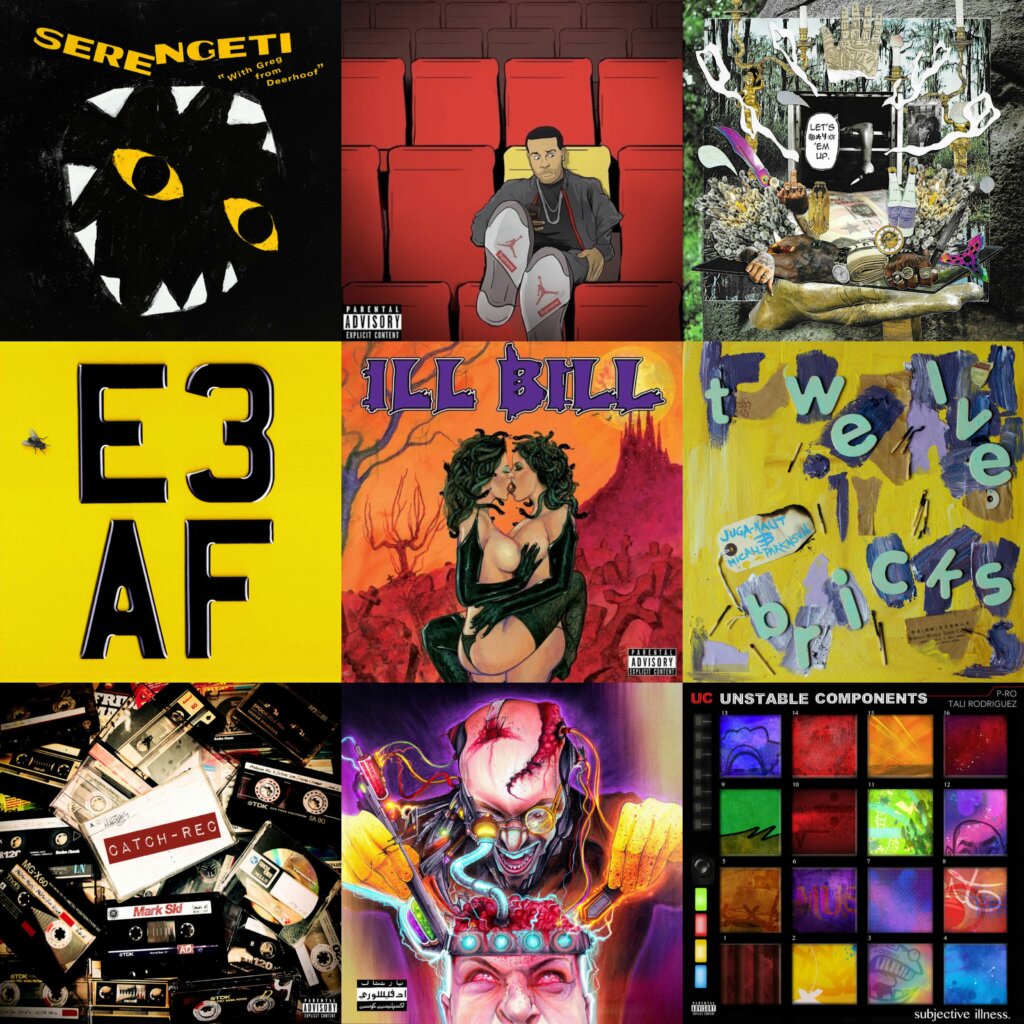 It’s not easy to keep track of all the Hip Hop albums that are dropping every single week. Mainstream albums, or high-profile underground releases, will get plenty of exposure no matter what but the oversaturation of the market makes it possible for really good albums to slip through the cracks of attention. October saw new releases from Homeboy Sandman, Open Mike Eagle, Benny The Butcher, Black Thought, clipping., Common, and Busta Rhymes – most Hip Hop fans will know about the release of these albums, but other noteworthy releases may have gotten lost in the shuffle. For this piece, we have selected 9 recently released Hip Hop albums deserving of attention, 9 new albums that even real Hip Hop heads will most likely sleep on otherwise.

Serengeti - With Greg From Deerhoof 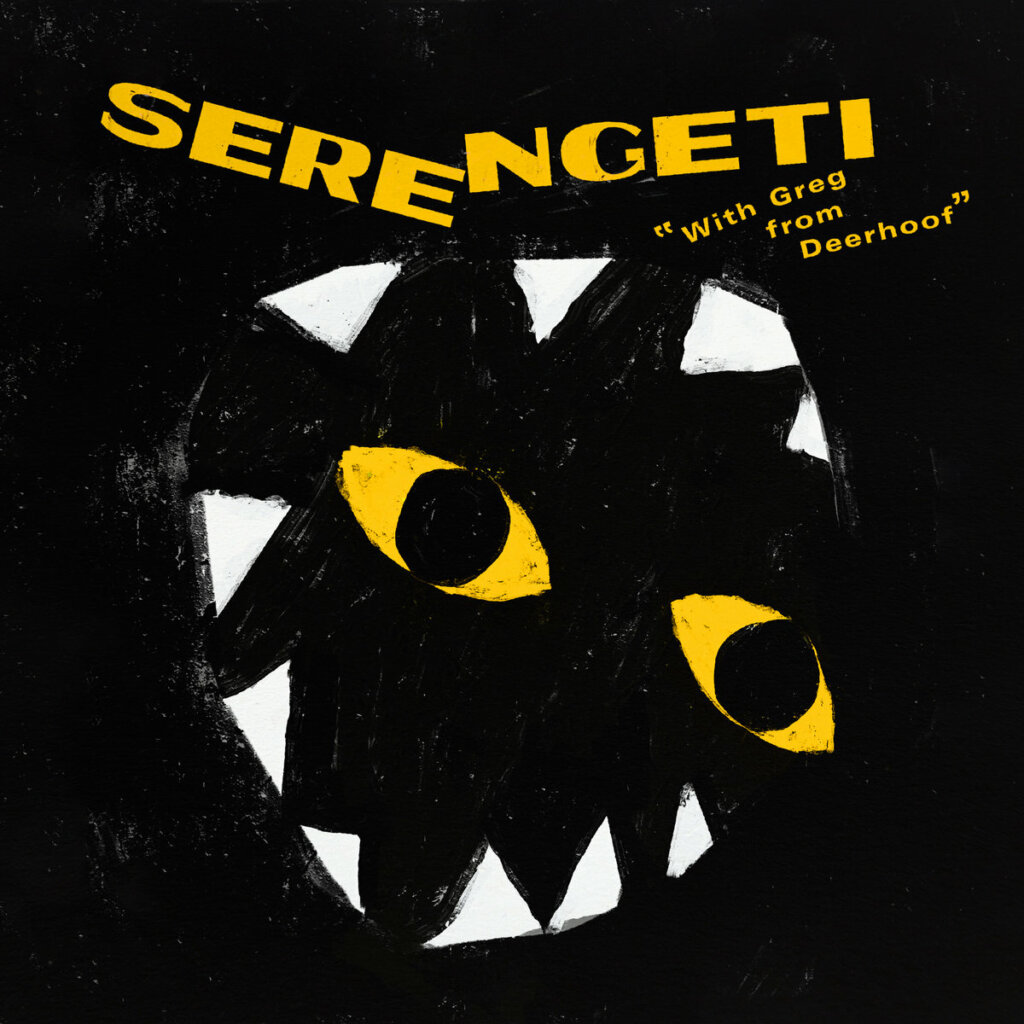 Bandcamp blurb: “Two of rap and indie-rock’s most bountiful imaginations team up: Serengeti (AKA David Cohn) and Greg Saunier first met when Serengeti opened for Deerhoof at Chicago’s Bottom Lounge in May 2009. That September, Deerhoof brought WHY? and Serengeti on an east coast tour. In the summer of 2018, Cohn and Saunier were surprised to see each other at the PEOPLE residency in Berlin. One day they coincidentally signed up for the same slot in one of the recording studios facilitated by PEOPLE organizers. Despite having no practice or prearranged plans for the session, they performed the 17-minute “I Got Your Password” to an audience of recording engineer Jonas Verwijnen and a few other PEOPLE musicians sitting in the control room.

In April 2020, Greg asked Jonas for the audio from the session. When Greg sent Serengeti the completed track a few weeks later, they liked it and decided to make a full-length album. While Serengeti wrote lyrics, Greg produced some classical-and-Broadway-inspired tracks. Each time Serengeti received a new track in his inbox, instead of listening to it first, he would immediately press record and record his verses. All the lead vocals for the tracks on this album were done this way.”

With Greg From Deerhoof definitely is a piece of music unlike anything else you’ll hear this year. It’s pretty awesome, though. Not for everybody maybe, but those with an appreciation for live drums, funky and jazzy vibes, and stream-of-consciousness type flows are in for a treat. While the 17-minute improvisation “I Got Your Password” is the inspiration and obvious centerpiece, the compositions Serengeti and Greg Saunier created to turn their synergistic improv piece into a full-length project are all great.

JR Writer - I Really Rap Too 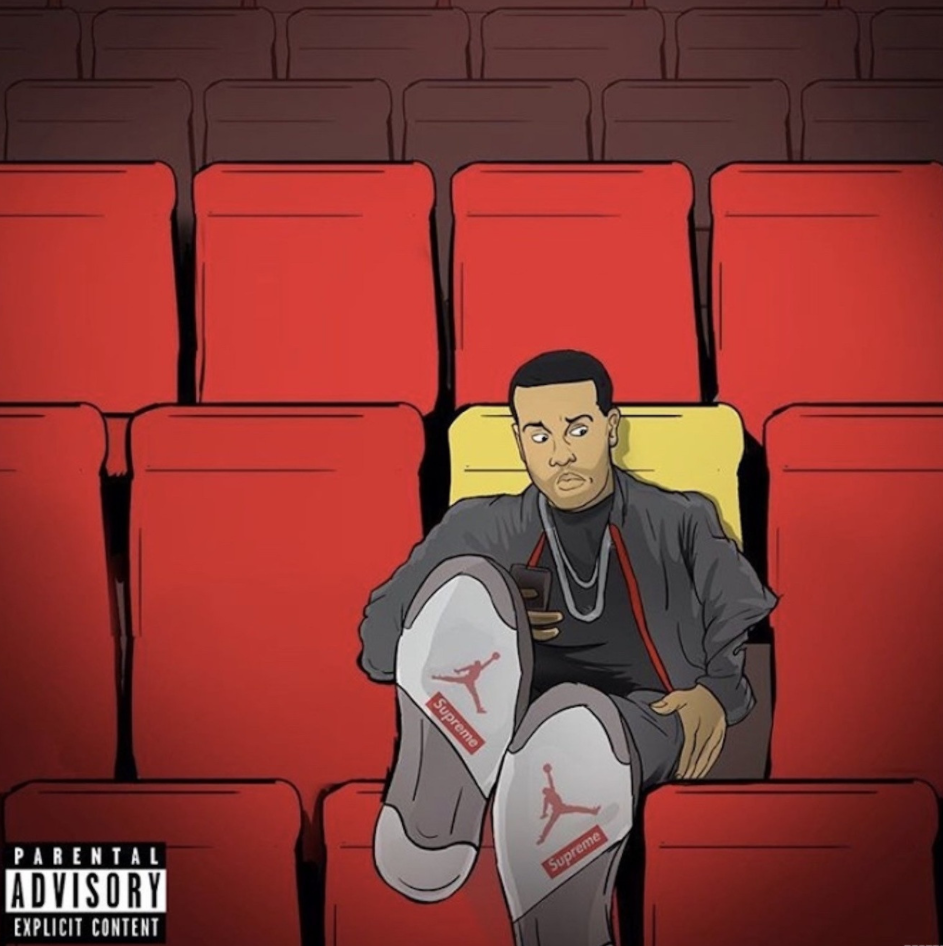 Harlem, New York rapper JR Writer – of Diplomats fame – returns with I Really Rap Too, a sequel to his 2017 tape I Really Rap. (The I Really Rap album cover art sparked up some controversy for depicting him sitting awkwardly in a theatre surrounded by a bunch of mumble rappers, and Danny Brown, who seemed out of place in that crowd of wack rappers). 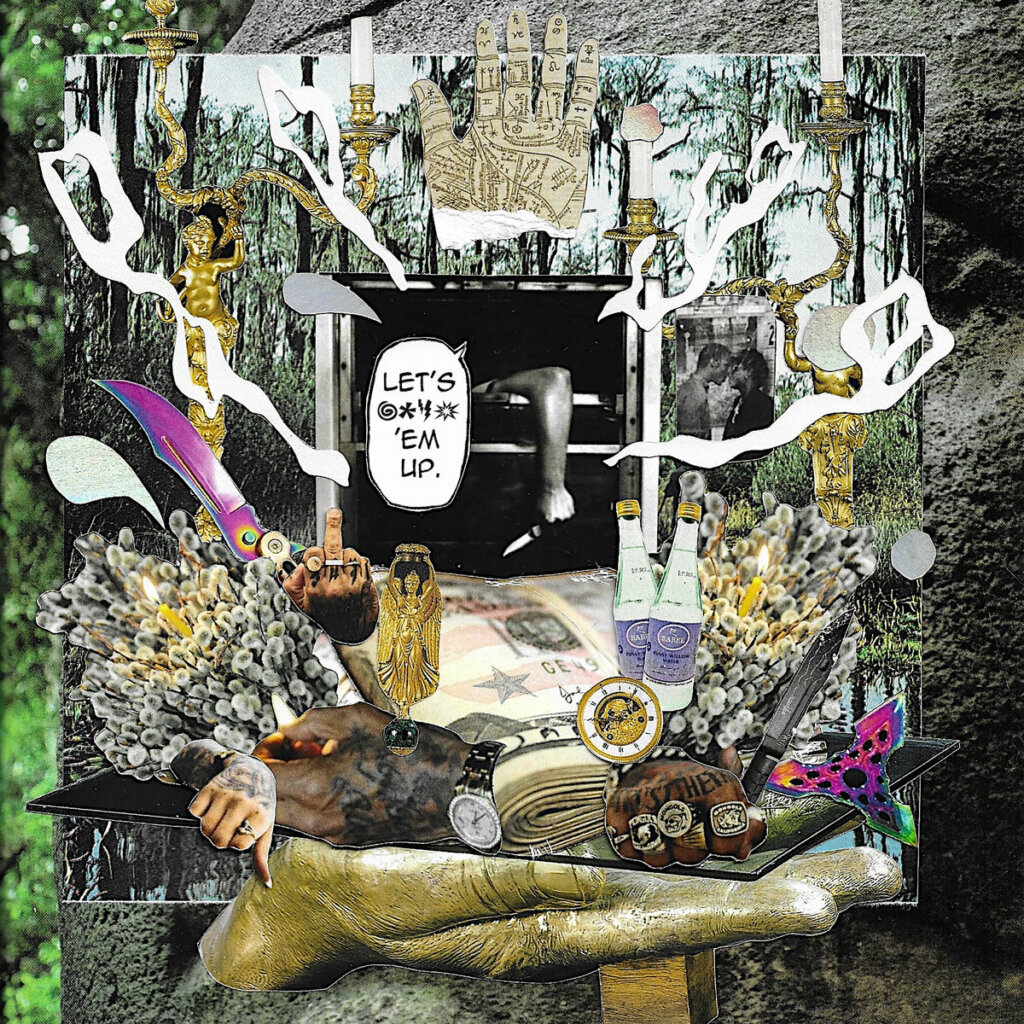 Don’t Play It Straight is the debut LP from Small Bills, a collaboration between NY rapper ELUCID and Michigan producer/multi-instrumentalist The Lasso. Created over the course of a year between Detroit and NY, the duo creates a singular fusion of art rap and punk-funk. Don’t Play It Straight features contributions from ELUCID’s Armand Hammer partner billy woods, as well as from Koncept Jack$on, Moor Mother, Fielded, .k, and Nosaj.

Those familiar with ELUCID’s other work will know there’s never anything standard or run-off-the-mill about his approach to Hip Hop, the involvement of The Lasso pretty much ensures Don’t Play It Straight is a project for a niche-audience. Bold and daring in its musicality, Don’t Play It Straight may bear some similarities in its experimentalism with what ELUCID’s been doing with billy woods as Armand Hammer, but ultimately it’s very much its own beast. The Lasso’s instrumentals create an even more psychedelic vibe than what we are used to with ELUCID’s other works, the sounds are more disordered too – but it works.

Not a typical release for the label, Don’t Play It Straight is another Mello Music Group winner nonetheless. It also is the second winner for ELUCID this year, on par with the Armand Hammer Shrines album. Let’s hope this collaborative project is not a one-off, and that we will see more Small Bills music in the future. 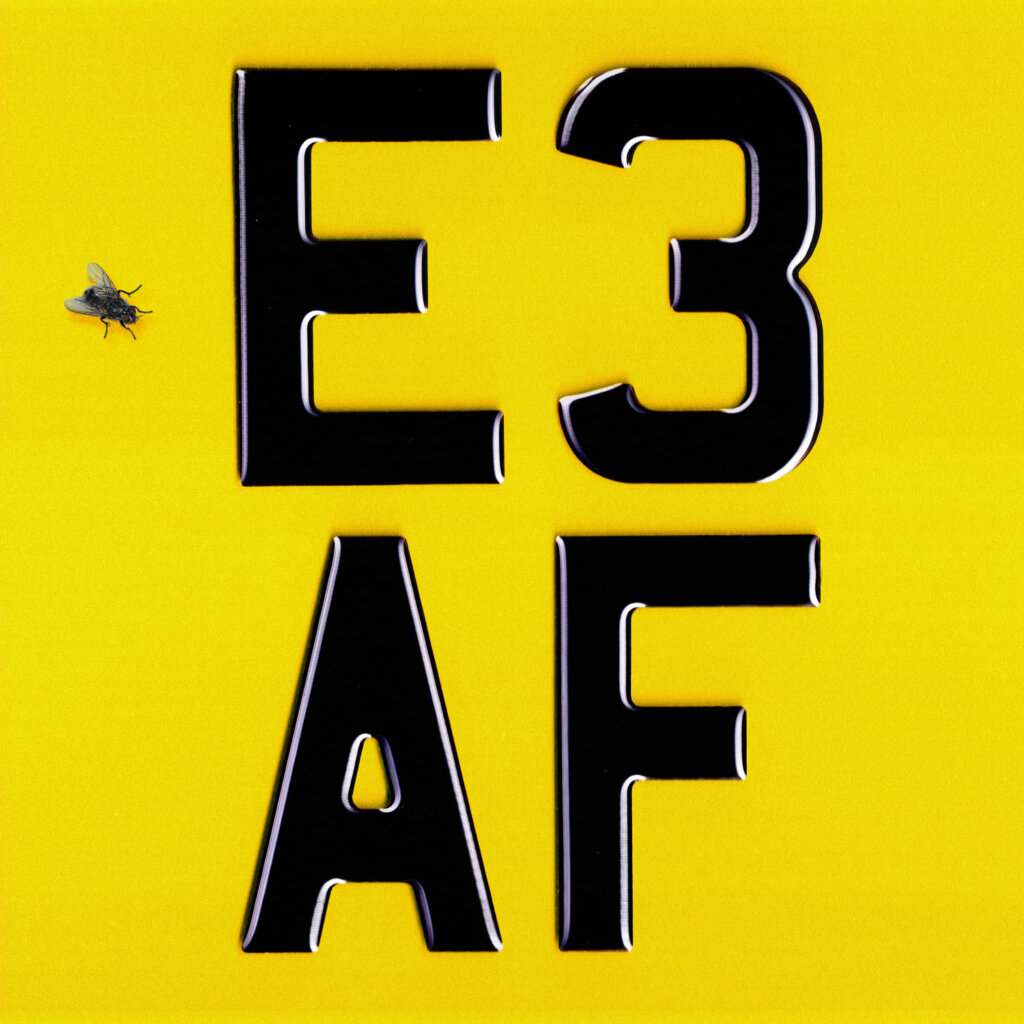 One of the most interesting rappers to come out of the UK in the past 20 years drops a solid project with his seventh album E3 AF. While grime pioneer Dizzee Rascal’s 2003 debut Boy In Da Corner will forever be his most impactful album and his best work, E3 AF is a worthy addition to his catalog – on par with his 2017 Raskit album and way better than the two before that one.

Musically, E3 AF is a little too smooth and unadventurous at times – more sonic boldness would have been better to do justice to Dizzee Rascal’s energy level, as evidenced on the album’s best tracks “God Knows” and “Don’t Be Dumb”. A couple of more songs to fill out the tracklist would also have been welcome, at 33 minutes E3 AF is on the short side for an LP.

All in all, E3 AF is a more than fine Dizzee Rascal album and well worth a listen. Those new to Dizzee Rascal would do better to look for the innovative masterpiece Boy In Da Corner, though. 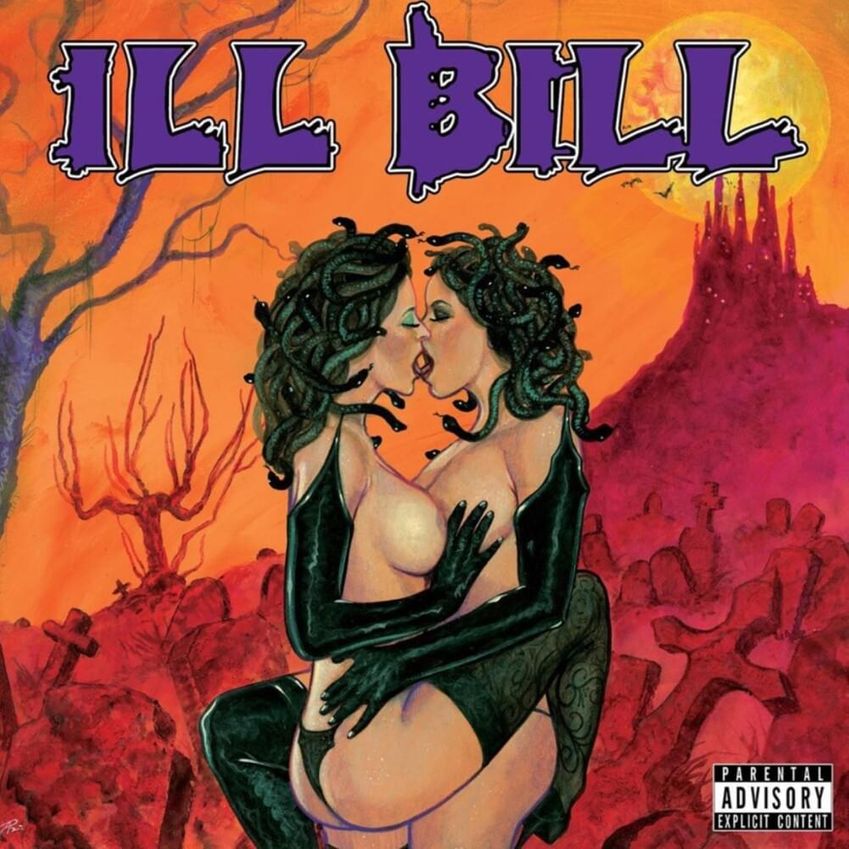 D.V. Alias Khryst, Conway the Machine, Pharoahe Monch, Tech N9ne, Rite Hook, Lord Goat (Goretex), Recognize Ali, Jay Royale, Kool G Rap, Slaine, Little Vic, Crimeapple, Nems, Tony Yayo, Vinnie Paz, and Sabac Red – all these features on a 40-minute album make it feel like a compilation album – there is only one track on La Bella Medusa that has no guest verses. In any case: lots of high profile guests – so even if they overcrowd Ill Bill here and there, it’s not bad for the album. On La Bella Medusa Ill Bill does what he always does: coming with hard-edged lyrics over bombastic boom-bap beats. Some real bangers on La Bella Medusa, but a couple of cuts with weaker beats too. Overall the balance is positive, though. 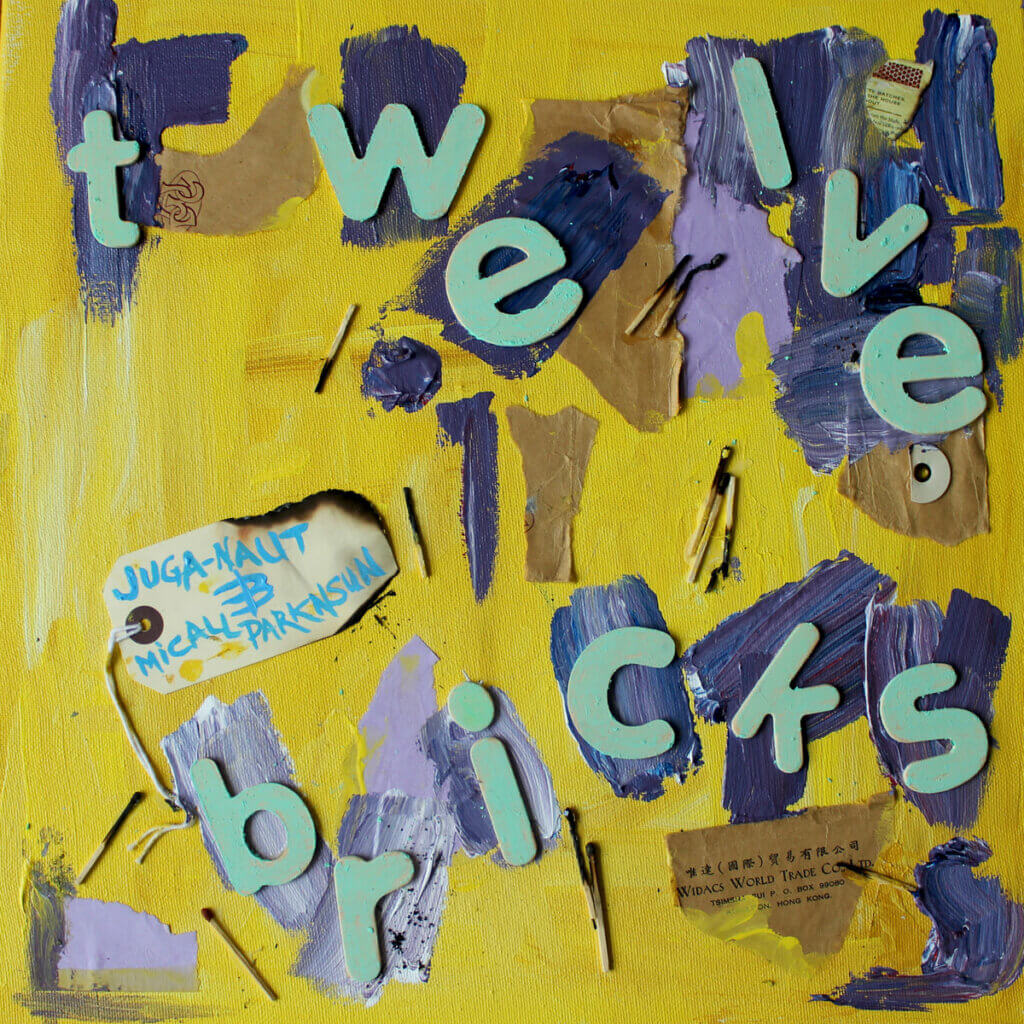 Solid underground Hip Hop from the UK. Twelve Bricks is a collaboration between Nottingham emcee Juga-Naut and London producer Micall Parknsun, a full-length following their Six Bricks EP (2017). Juga-Naut had a great album with Giallo Point last year (Back To The Grill Again), with Twelve Bricks he adds another dope album to his catalog. Twelve Bricks: hard-hitting beats and lyrics, with a golden age vibe but at the same time with enough modern-day sensibilities to not sound dated. 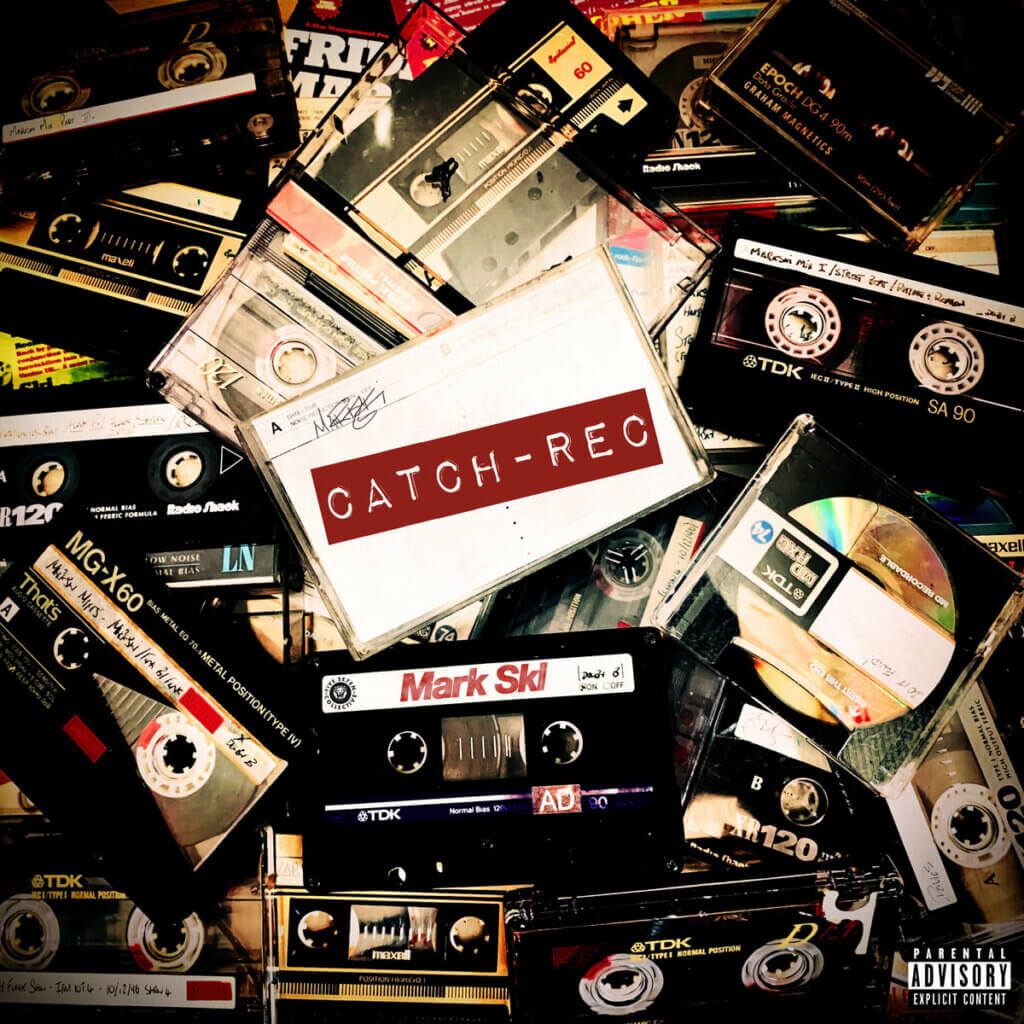 After two critically acclaimed beat tapes, a limited edition vinyl EP, UK producer/DJ Mark Ski return with the self-produced full-length LP Catch-REC. At 32 minutes Catch-REC is on the short side for a proper full-length, but fortunately, the 12 tracks on offer are all consistently dope. One of the obvious highlights is the lead single and title track “Catch-REC”, a boom-bap banger for which Mark Ski joined forces with MC’s El Gant (Jamo Gang) & G. Huff. Other standouts include “Rhyme After Rhyme” with its dusty drums, the uptempo party jam “Let It Roll”, and classic sounding bangers like “Voodoo”, “Nitty Gritty” and “Truck Jewels”.

Catch-REC features collaborations with some of the best of the UK and the US underground, including Booda French, Devin Malek, Emma Lee, H3RO, JSWISS, Lulla HF, MCRE, Tenacity (Street Corner Music), Think2wice, and FiveSe7en Collective label mates Blame One (Dirty Science) & J57 (Brown Bag All-Stars/Jamo Gang), and all cuts on the album are done by Mark Ski himself.

Recent times have seen a resurgence of late 80s early 90s-centric boom-bap Hip Hop – a lot of albums like this one drop these days. A good thing, especially if they are as good as Catch-REC is. The biggest knock against Catch-REC is its brevity, but that’s a minor complaint. Copping this Mark Ski project is a no-brainer for all those who can’t get enough of traditional Hip Hop. 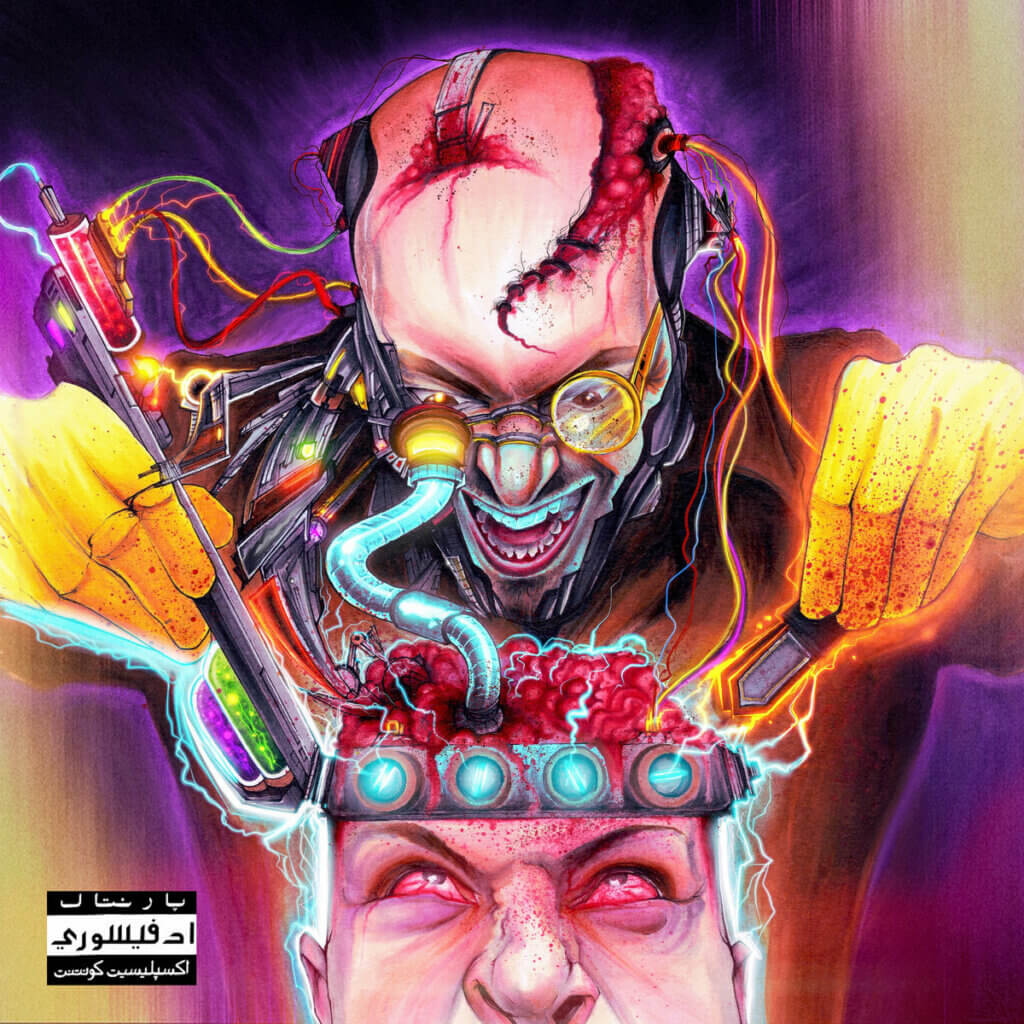 Ultimate Mind is Los Angeles emcee Supreme Cerebral’s third release of the year, following his March release of Soul Trained and the August release of Loose Change. With production from the likes of D.Mar, Slum Lord, Architech, Slide Beatz, KAOSS, and Giallo Point, and cuts by DJ Grazzhoppa and DJ TMB. Underground emcees such as Jay Royale, Ill Conscious, Born Unique, Daniel Son, and others add extra lyrical flavor – all in all, this is another dope 90s-centric Supreme Cerebral project, arguably his best of the year. 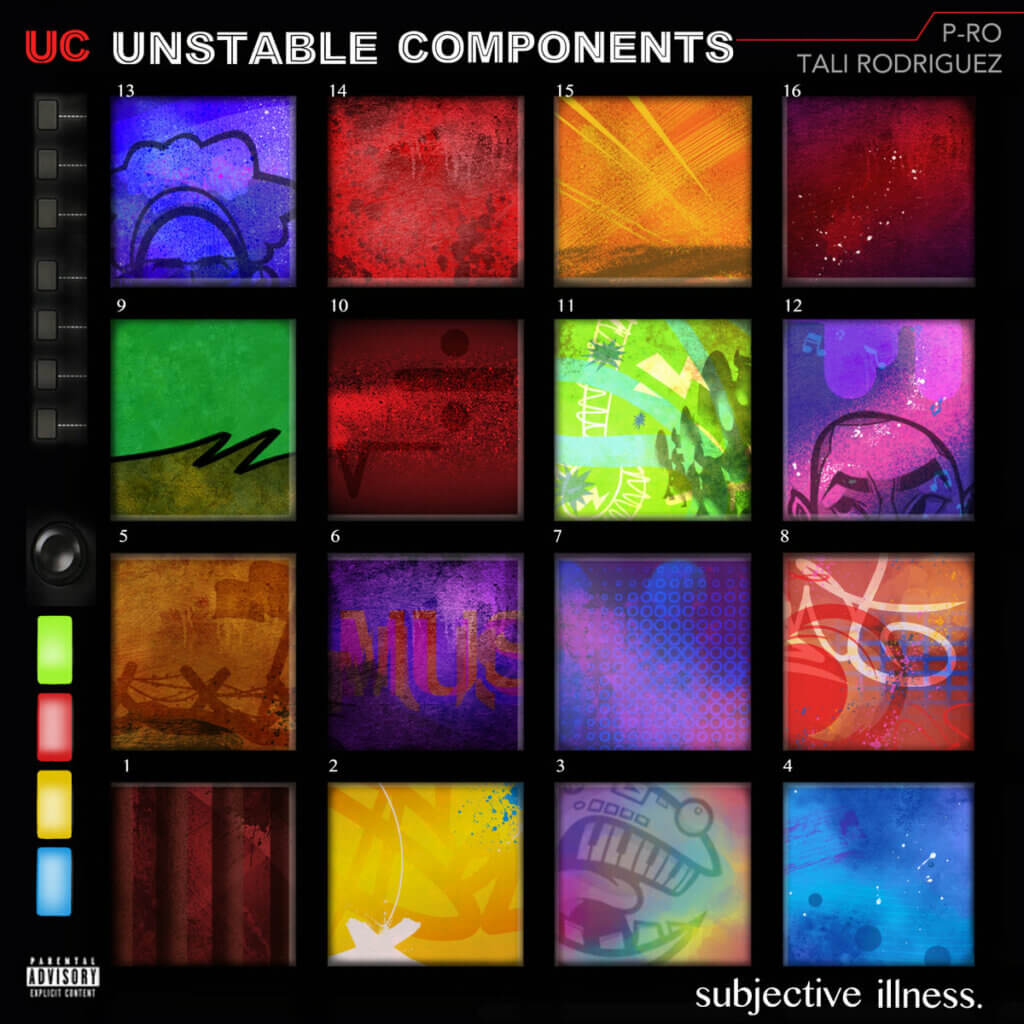 Unstable Components (P-Ro x Tali Rodriguez) dropped a pretty dope project with Subjective Illness. With features from G Fam Black, Grimm, Aztech, I.N.F., Slant Heddshotts, Mayhem of EMS, Sant1, Judge The Disciple, and Nonsense, this is one for the underground. The project offers entertaining wordplay from start to finish and a nice mix of atmospheric and funky boom-bap beats. An experimental vibe to the instrumentals here and there gives this project enough of a unique vibe to prevent it from being thirteen-a-dozen. Well-worth checking out.