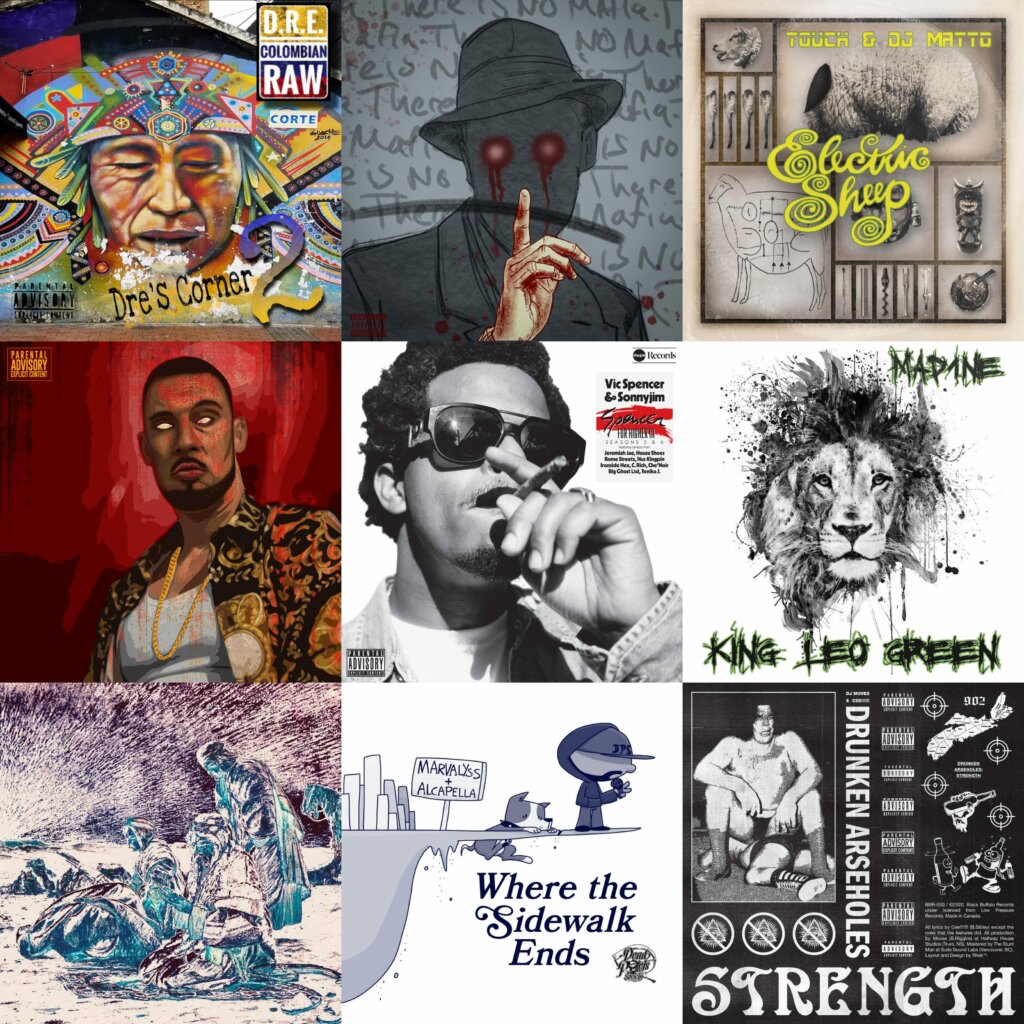 It’s not easy to keep track of all the Hip Hop albums that are dropping every single week. Mainstream albums, or high-profile underground releases, will get plenty of exposure no matter what but the oversaturation of the market makes it possible for really good albums to slip through the cracks of attention. For this piece, we have selected 9 recently released Hip Hop albums deserving of attention, 9 new albums that even real Hip Hop heads will most likely sleep on otherwise. 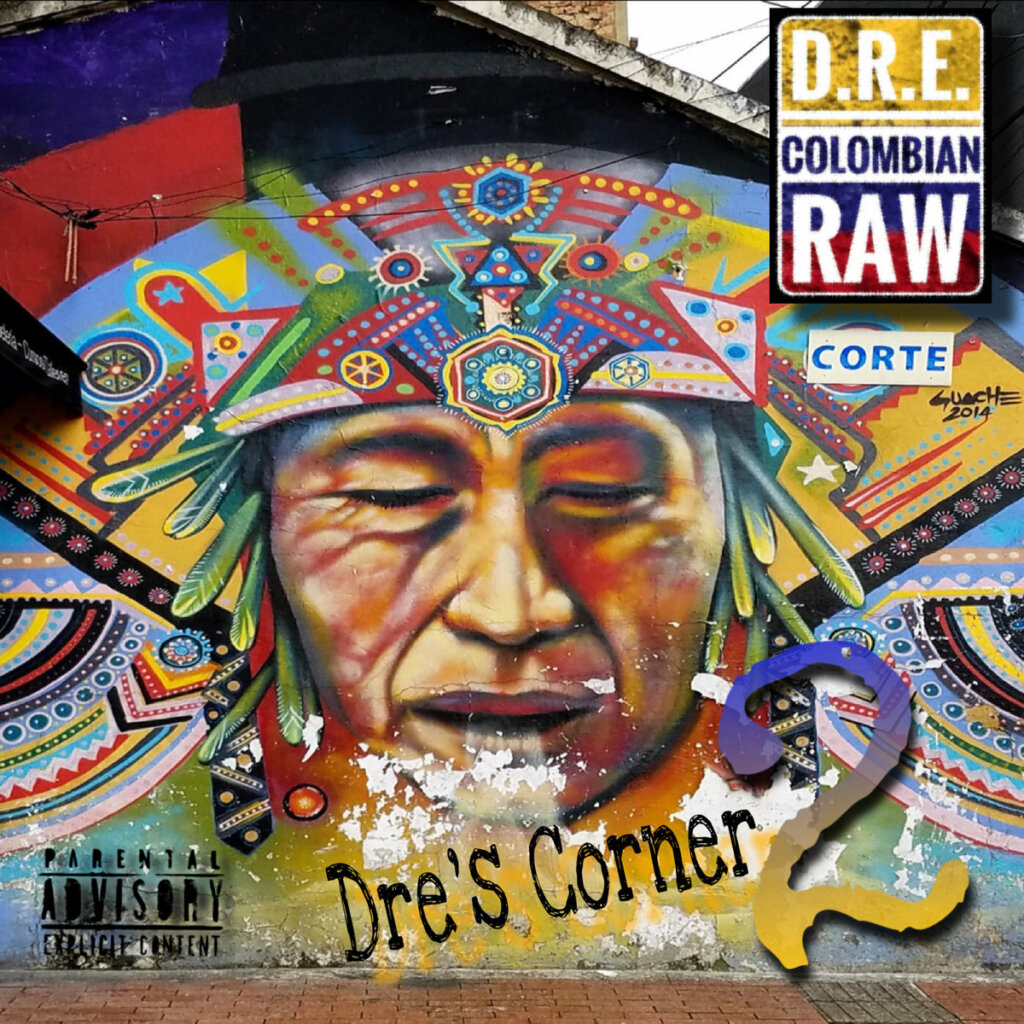 Jersey’s DRE Colombian Raw latest album Dre’s Corner 2 is a nice surprise. “Just Venting” “Why (Live This Way)” and “That Come Up” were the previously released singles leading up to this project, and the rest of Dre’s Corner 2 is of the same quality. What we get is 12 tracks with gritty atmospheric neo-boom-bap beats, and raw street rhymes by DRE Colombian Raw, whose attitude and Columbian roots (some of his rhymes are in Spanish) give him enough of an own sound to set this project apart from most others in this overpopulated corner of contemporary Hip Hop.

POUNDS - There Is No Mafia 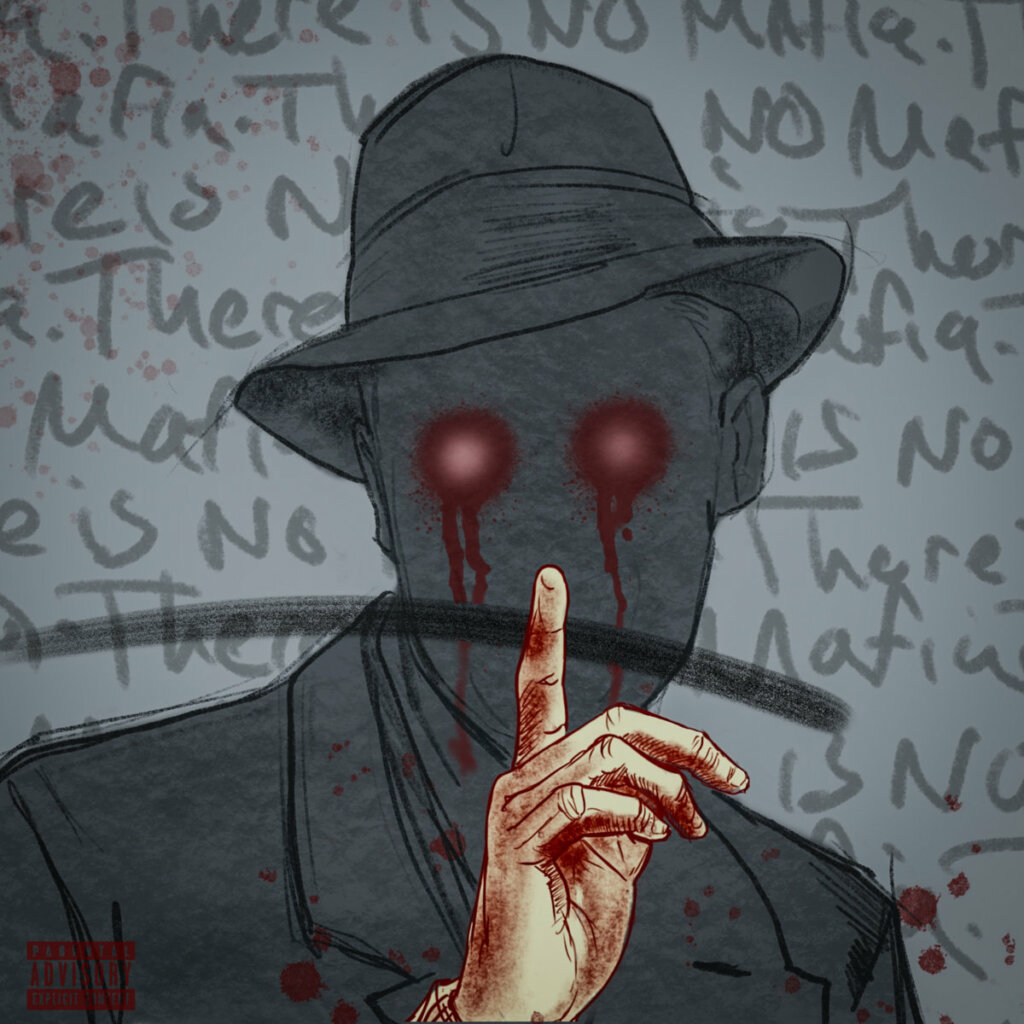 There Is No Mafia is Rochester, N.Y. native Pounds latest hard-hitting effort, arguably his best yet (and certainly better than Trafficante – his first album released in 2020). Like all Pounds projects, There Is No Mafia packs some serious tough talk and hard-nosed bars into its 32 minutes, but it’s the atmospheric instrumentals that elevate this project above most of Pounds’ earlier works, plus there are a bunch of good features too (by 38 Spesh, G4 Jag, JoJo Pellegrino, and Primo Profit – among others).

Like so many Hip Hop projects these days There Is No Mafia is something in between an EP and an LP, but despite its (too) short running time, this album is part of the better half of the neo-mafioso type rap projects out there right now. 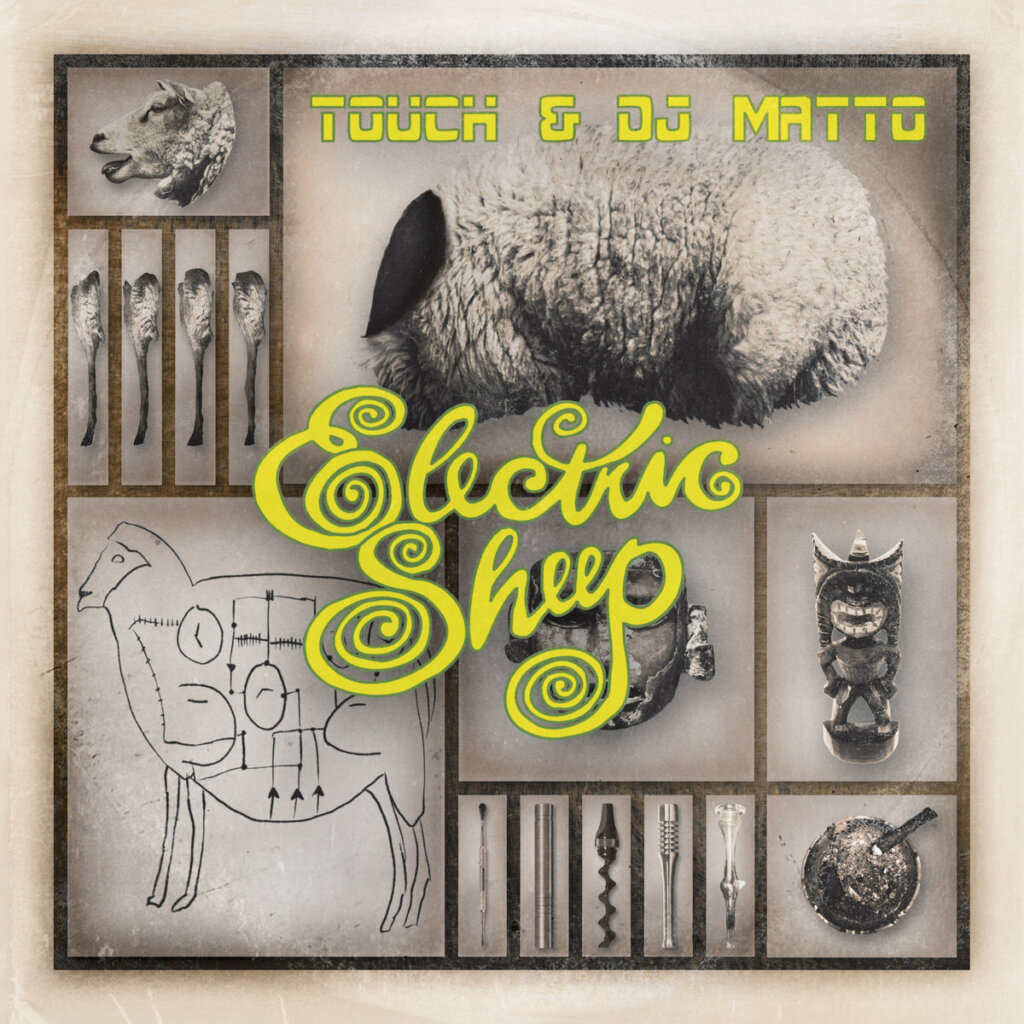 From the Bandcamp blurb: “With his new album, Electric Sheep, Touch explores artificial intelligence, cyberpunk, futurism, and humanity as a social animal. Continuing his collaborations with a single producer, the Edmonton MC is joined by DJ Matto, previously of Vancouver, BC, horrorcore rap duo Hidden Fortress and currently holding down multiple MCs as DJ and producer in Fukuoka, Japan. DJ Matto’s crisp mix of heavy drums, deep bass, and haunting synth sounds as if the music is emanating from an off-world colony and beamed directly into your mind, while the choruses consist primarily of his consummate cuts, a constant reminder that the album is also an exploration of Hip Hop.

It begins with beats, bars, and cuts, but Touch’s detailed character studies and his nuanced story further enable the listener to explore as far as their imagination will take them… into the dystopian universe of Electric Sheep.”

Yes. This is a great album. DJ Matto instrumentals fit the futuristic theme from start to finish and the beats are different enough from the general Hip Hop fare to give this project its own unique vibe. Touch’s lyrics – he comes off like a hybrid of Kool Keith and billy woods – manage to sustain interest too: Electric Sheep is one of the finest Hip Hop albums to come out of Canada this year. 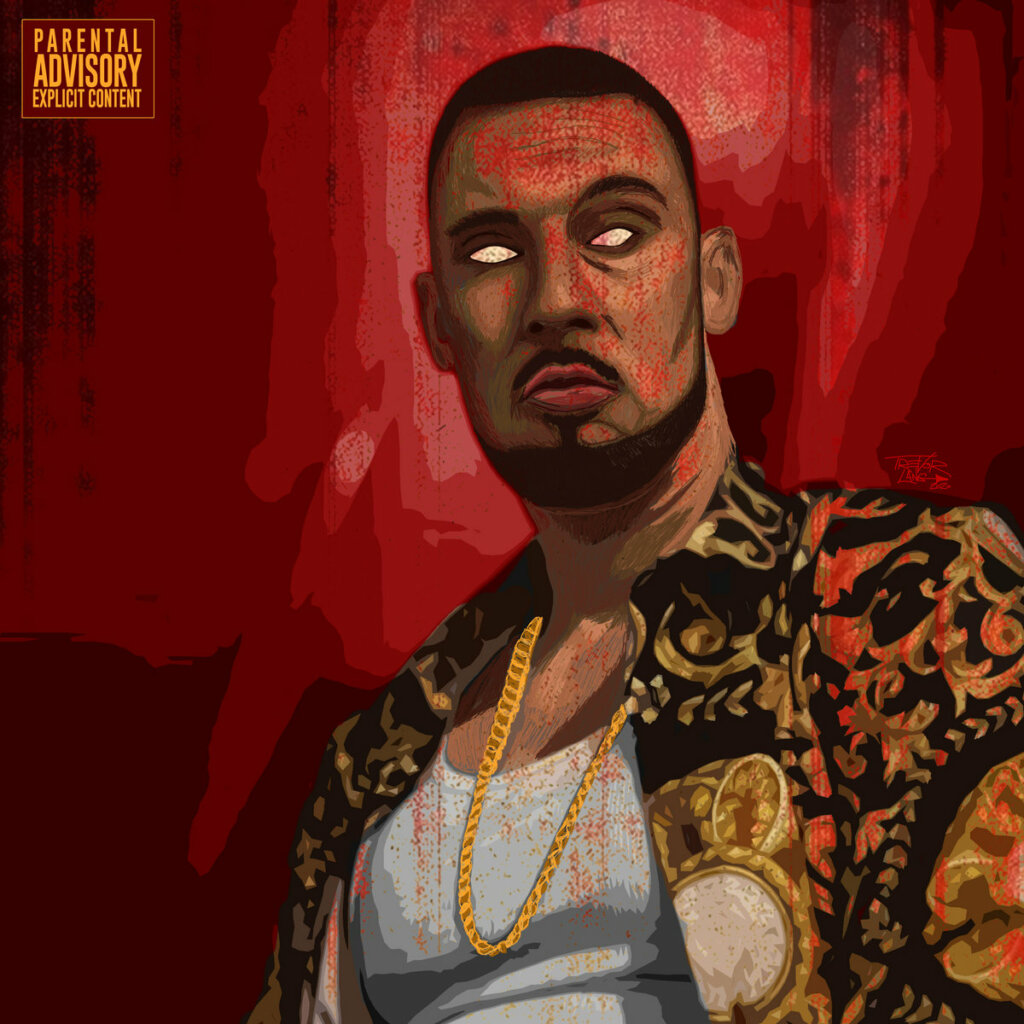 Bloody Luciano is one of the better projects in the neo-mafioso rap niche this year. Soulful drumless instrumentals crafted by Cali-based beatsmith Clypto serve as fitting backdrops for Syracuse, New York-based rapper Realio Sparkzwell’s gritty street tales. This album is well put together and isn’t cluttered with features – only Nowaah The Flood and Ty Farris make appearances (with Tone Spliff on the cuts on one of the tracks). Bloody Luciano is a must-listen for Griselda and Roc Marci fans. 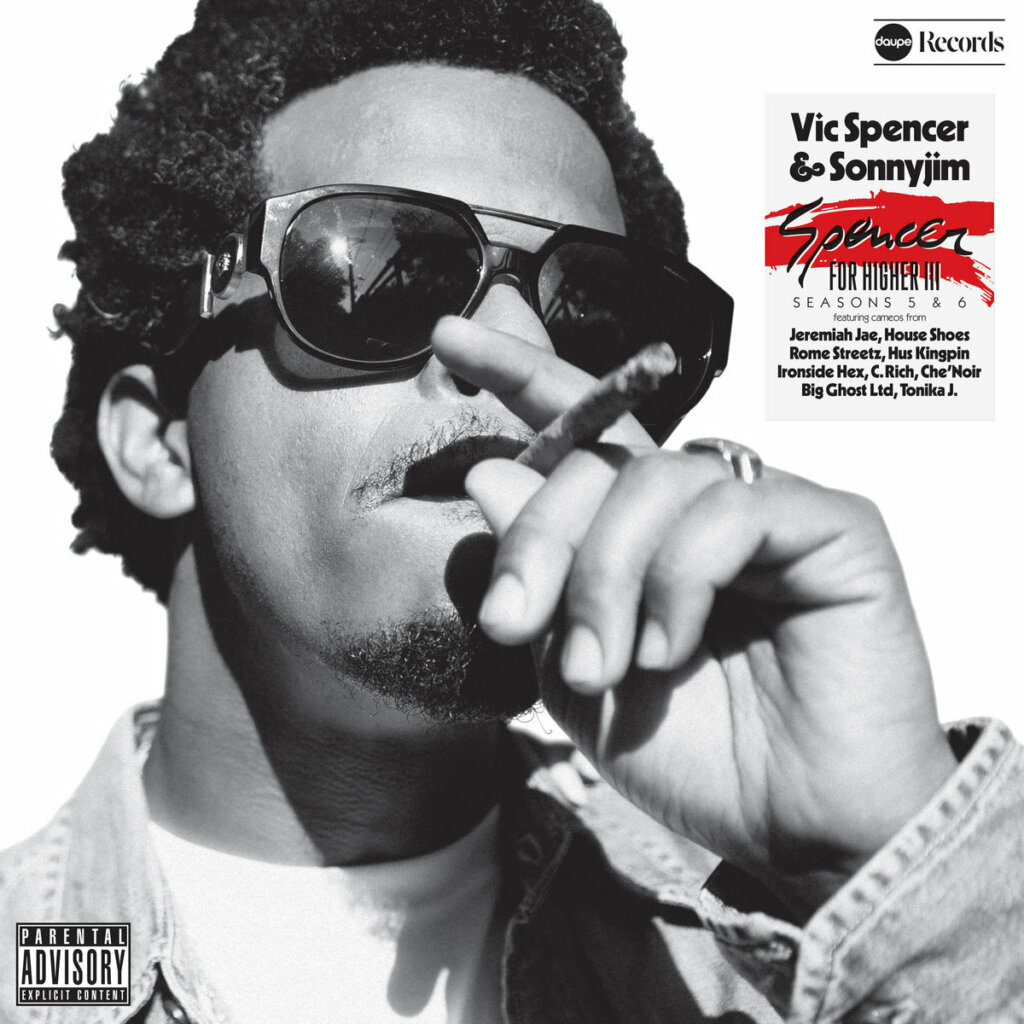 Spencer For Higher 3 is another great installment in the Spencer For Higher series by Chicago rapper Vic Spencer & UK producer/emcee SonnyJim. Just like on the first two Vic Spencer’s distinctive rhyming style gels well with SonnyJIm’s chilled-out beats – making for a well-rounded and fun listen. Features from Ironside Hex, C.Rich, Hus Kingpin, Jeremiah Jae, Rome Streetz, Che Noir, Tonika J., and House Shoes add extra flavor, but the synergy between Vic Spencer and SonnyJim alone is enough to make sure this one a keeper. 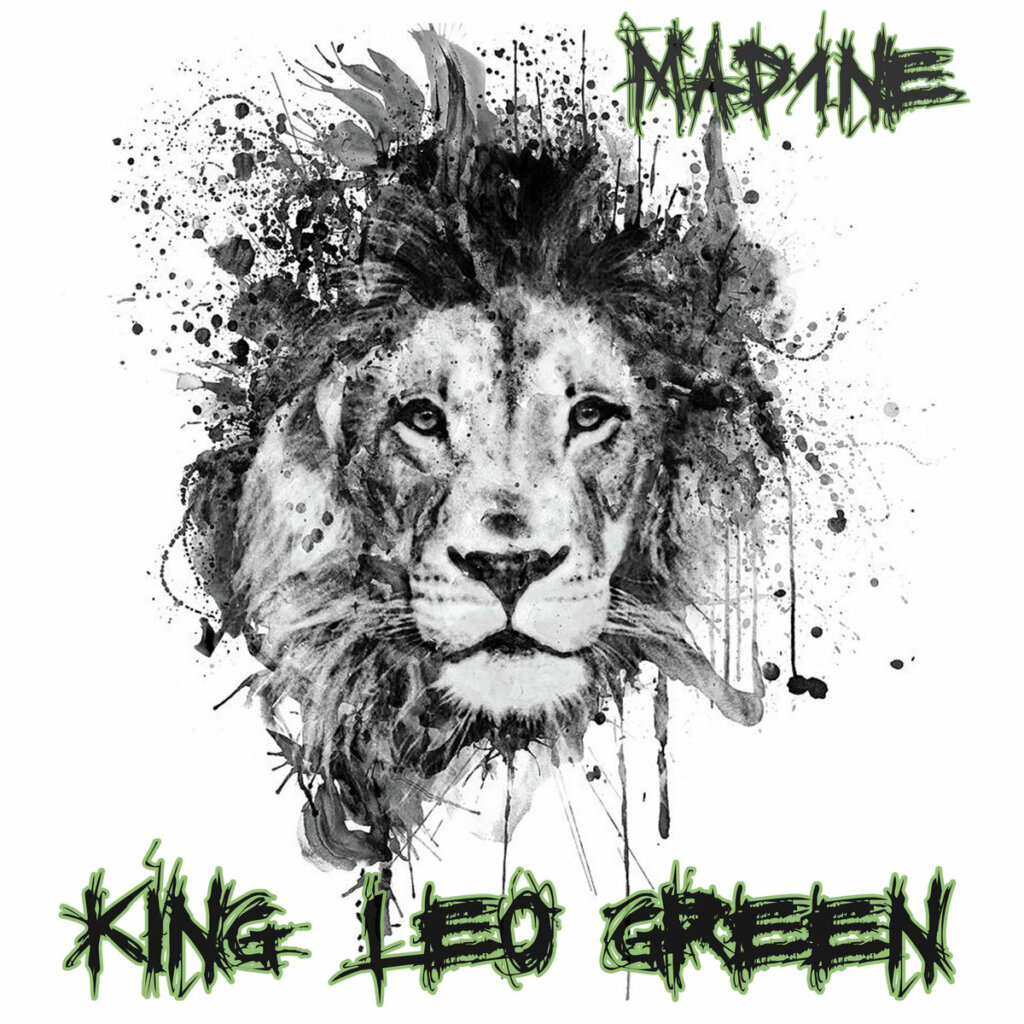 King Leo Green will not go and win any originality prices, but especially Hip Hop traditionalists will find plenty to enjoy here. Nice cover art too. 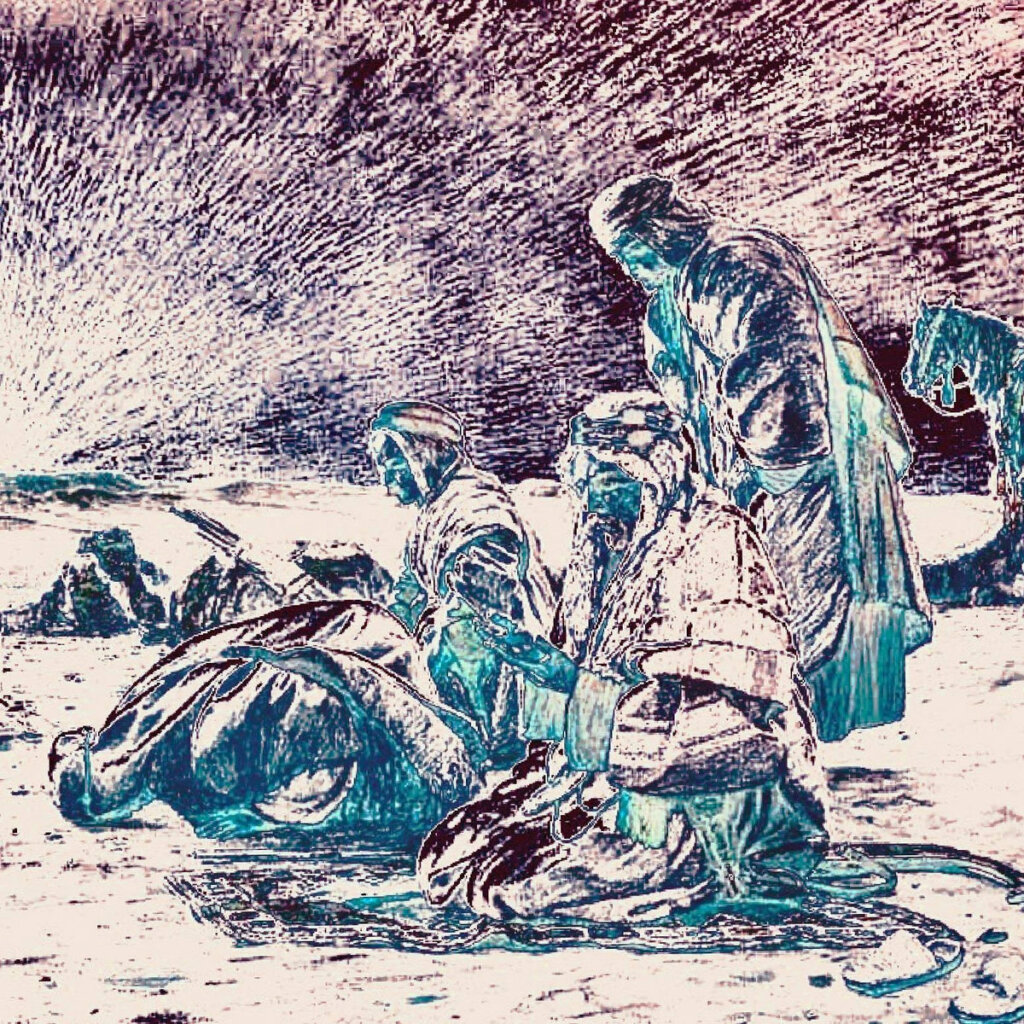 Left-field underground Hip Hop at its finest. As with all collaborative projects Iceberg Theory and August Fannon dropped this year (this is their fifth release of the year), The Cabal​(​a) is an acquired taste without a doubt. Iceberg Theory may not be the best emcee to ever pick up the mic when it comes to flow and delivery, but his intelligent and intricate wordplay makes up for any possible technical shortcomings. August Fannon crafted a collection of fine instrumentals to support Iceberg Theory’s rhymes, with jazzy keys and piano loops over for the most part dope beats, the abstract sounding production a perfect match with the esoteric lyricism.

Those looking for trendy, catchy Hip Hop will have to take a pass, but those who appreciate dirty beats, murky jazz sounds, and meditative lyricism will find plenty to enjoy here.

Marvalyss - Where The Sidewalk Ends 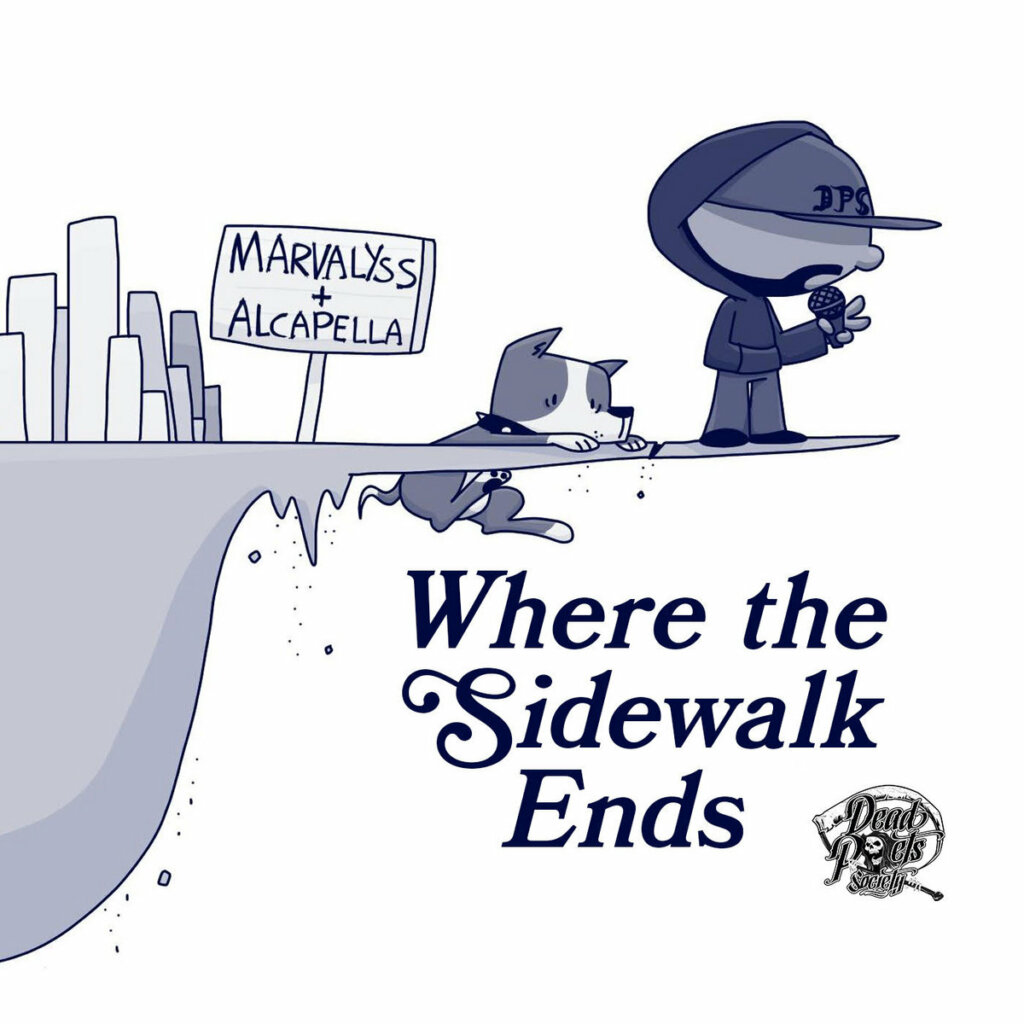 Marvalyss of Hartford Connecticut is an emcee’s emcee, with a powerful voice, a dope 90s-centric flow, and listen-worthy bars. Where The Sidewalk Ends offers close to 40 minutes of atmospheric boom-bap beats crafted by Pittsburgh-based producer Alcapella, and great rhymes by Marvalyss and a couple of guests. The likes of Recognize Ali, A-F-R-O, and King Magnetic make appearances – especially “Neighborhood Bullies” with cuts by Chumzilla and rhymes by the incomparable A-F-R-O is a banger.

If smooth boom-bap beats combined with quality rhyming is your thing, checking out Where The Sidewalk Ends is a must. 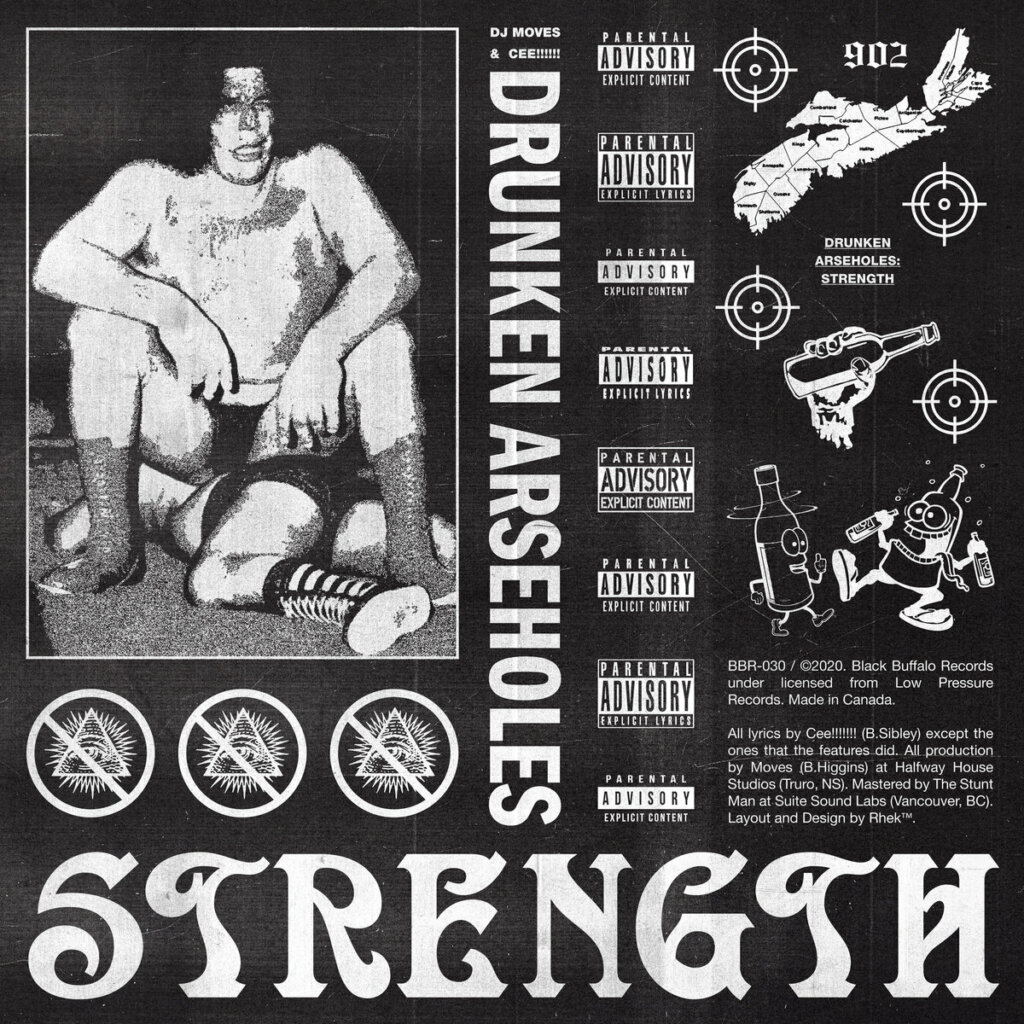 Raw and uncompromising. Strength is a pretty good album from Canada’s veteran duo Drunken Arseholes. DJ Moves and Cee!!!!!!! have been around for a decade or two, but with Strength they drop what is arguably their strongest release yet. Strength offers mostly dope instrumentals crafted by DJ Moves, and Cee comes with his characteristic mix of socio-political commentaries, juvenile vulgarity, and all-around unfiltered “I don’t give a f**k what you think about what I say” type lyrics. Not for everybody, but those who are not easily offended or who are interested in lyrics with substance (whether you can get with what is said, or not) will enjoy this presentation.