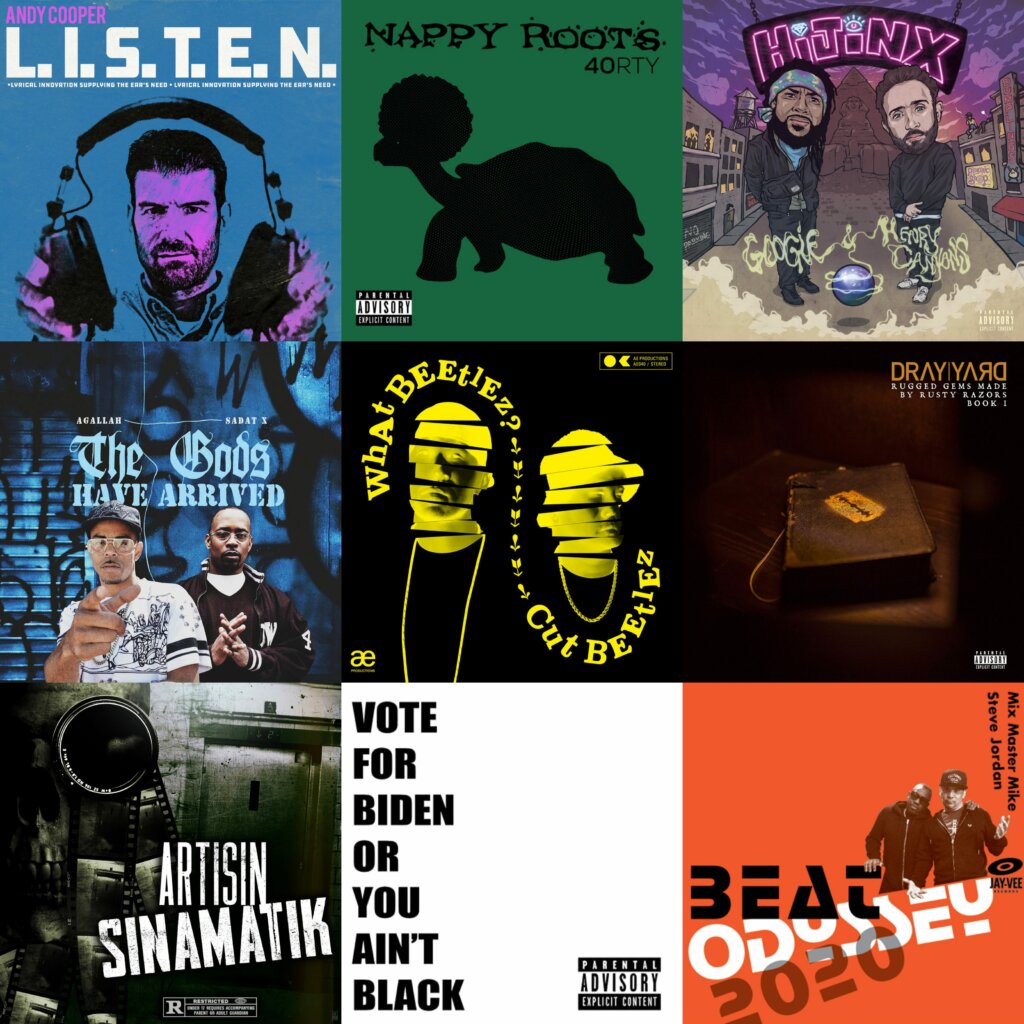 It’s not easy to keep track of all the Hip Hop albums that are dropping every single week. Mainstream albums, or high-profile underground releases, will get plenty of exposure no matter what but the oversaturation of the market makes it possible for really good albums to slip through the cracks of attention. September 25 was an epic day in terms of album releases with great new Hip Hop projects from Elzhi (Seven Times Down Eight Times Up), Arrested Development (Don’t Fight Your Demons), Public Enemy (What You Gonna Do When The Grid Goes Down?), Spillage Village (Spilligion), and Paris (Safe Space Invader). Most Hip Hop fans will know about these albums, but other releases may have gotten lost in the shuffle. For this piece, we have selected 9 recently released Hip Hop albums deserving of attention, 9 new albums that even real Hip Hop heads will most likely sleep on otherwise. 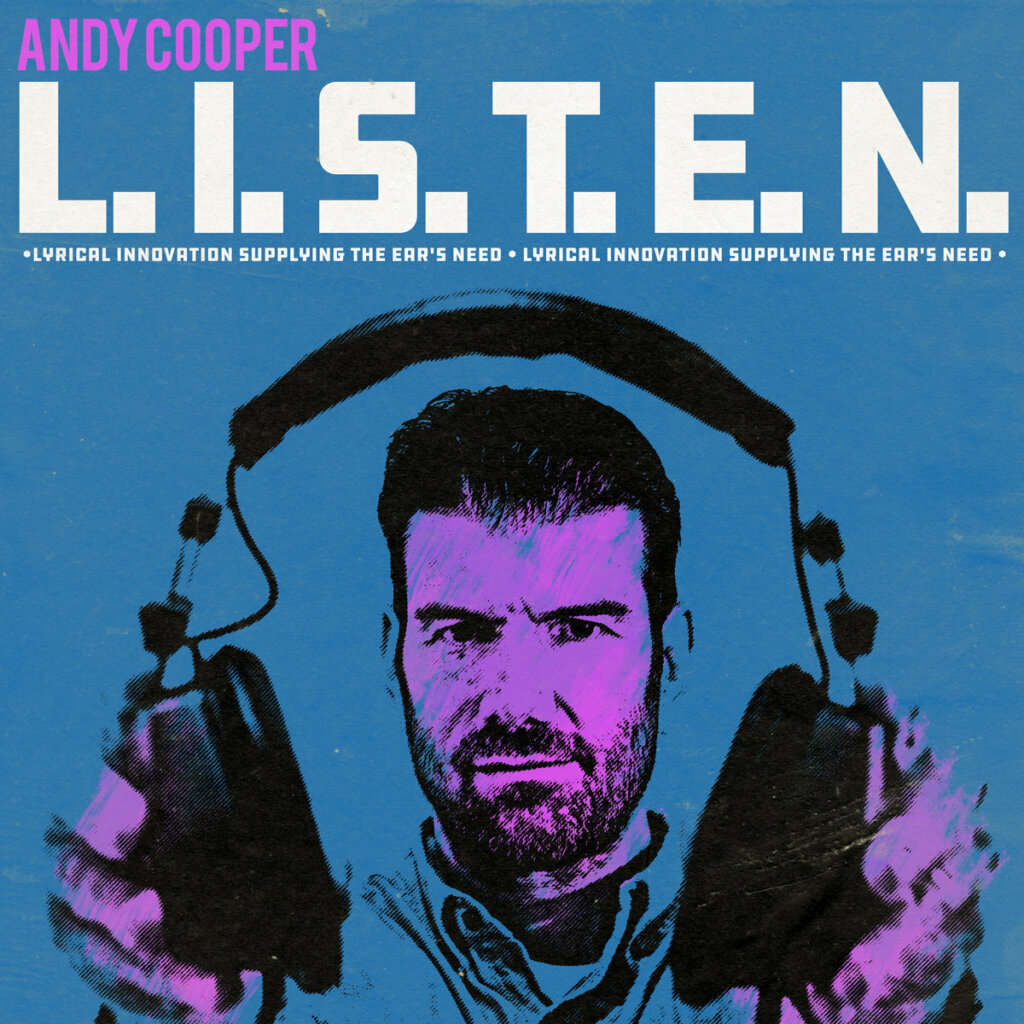 Andy Cooper has made a name for himself as one-third of Ugly Duckling (alongside Dizzy and Young Einstein) with a bunch of dope albums since the mid-90s. L.I.S.T.E.N. (Lyrical Innovation Supplying The Ear’s Need) is an essential listen for fans of traditional sounding Hip Hop in general and of course for Ugly Duckling fan in particular.

L.I.S.T.E.N. follows on his last solo release The Layered Effect (2018) and it is just as good. With its funky and fresh instrumentals and Cooper’s throwback rap flow, L.I.S.T.E.N. may be old school in spirit, but it never sounds dated or derivative. In fact, because of its creative instrumentation and Cooper’s infectious lyricism, L.I.S.T.E.N. has a distinctively unique vibe that has a place in 2020.

There are lots of dope traditionalist Hip Hop albums out this year and this one fits right in, on the upbeat/funky/musical boom-bap side of the throwback Hip Hop spectrum. L.I.S.T.E.N. is kind of breezy but at the same time great fun – a pleasure to listen to. 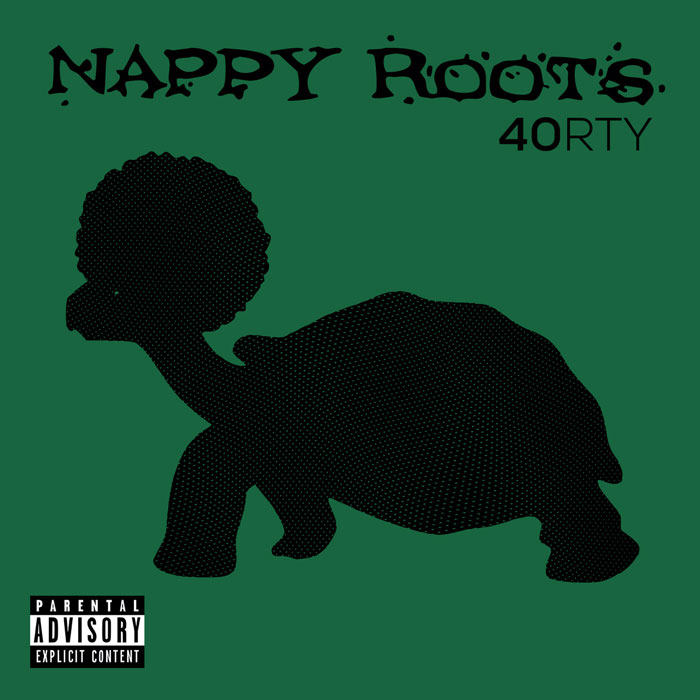 With their debut Watermelon, Chicken & Gritz (2002), Louisville, Kentucky crew Nappy Roots arrived on the scene exactly on the right time to bank on Southern Hip Hop’s rise to dominance – the album reached multi-platinum status. But even with that success, Nappy Roots are hardly ever mentioned when early Southern rap is celebrated – it’s always OutKast first, and then acts like Scarface & Geto Boys, Goodie Mobb, UGK, Eightball & MJG, and Three 6 Mafia who come up, or even pop rappers like Nelly, Ludacris, Lil Wayne, and their ilk.

Nappy Roots deserve to be in that conversation. Their second album Wooden Leather (2003) was a critical and commercial triumph too (reaching gold status eventually, and their third album The Humdinger (2008) also charted. Since then commercial success eluded them, but critical acclaim never was far away.

The mature and soulful 40RTY follows on the slept-on projects 40Akerz Project (2015) and Another 40 Akerz (2017) and is just as good. The instrumentals on 40RTY are butter-smooth, the beats Southern-style bass-heavy, and the thoughtful lyrics are worth listening to all the way through. They should have left the album’s last song “Good Life” on the cutting room floor, but that’s the only weak track – other than that 40RTY is another great Nappy Roots project. Be sure to listen to 40RTY on a good system or quality headset – the bass on this project demands it. 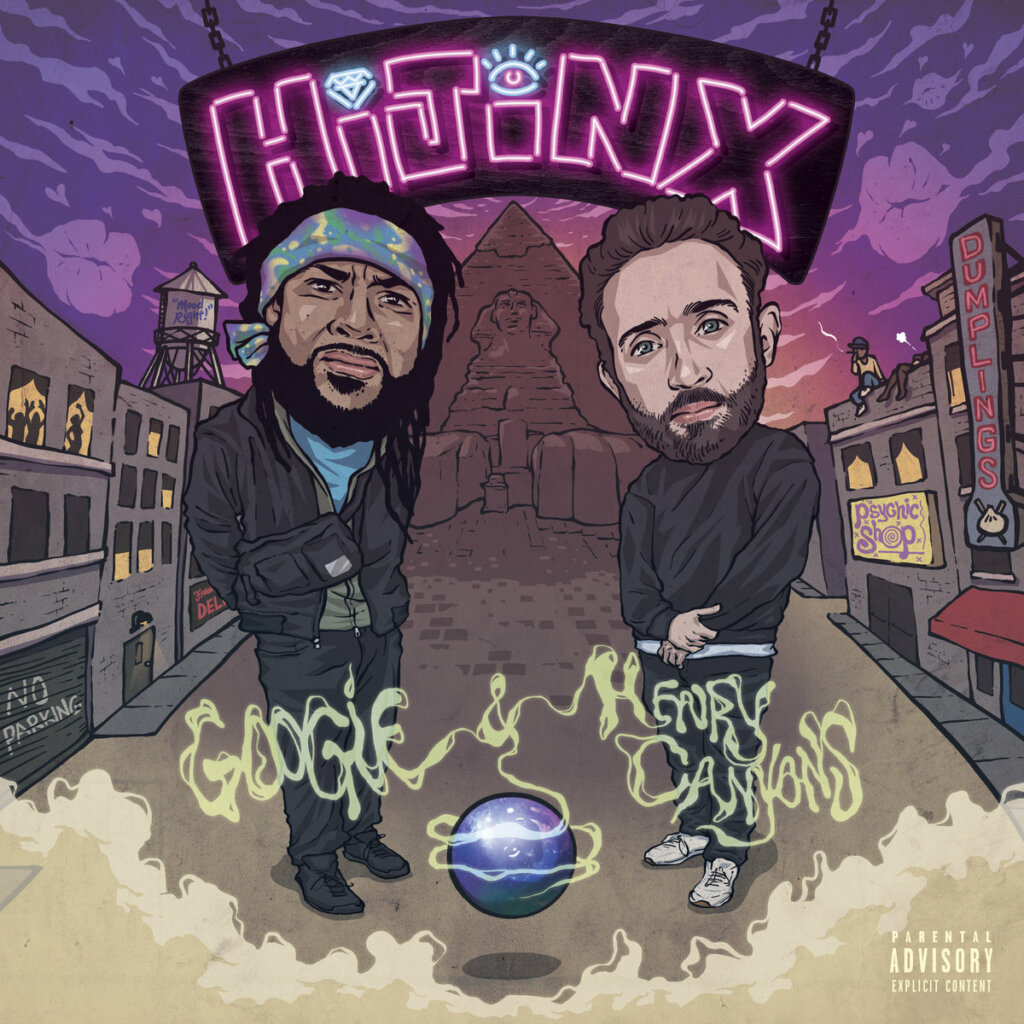 A nice surprise project coming out of Backwoodz Studioz. Kind of an atypical release for Backwoodz too, far less left-field than releases from Backwoodz flagship artists like billy woods, Elucid, and Kenny Segal. Hijinx offers 34 minutes of smooth beats and mellow live instrumentation, plus chilled-out vocals from Googie & Henry Canyons.

Read the Bandcamp blurb: “After several one-off collaborations and years of friends and fans saying, “yo, you guys should do a project,” Googie and Henry Canyons finally got their act together. A knuckle sandwich of styles, Hijinx sees the two rappers serve and-volley their way through gritty cityscapes and snow-capped mountains, culinary adventures, and romantic entanglements. With production from Matt Bowen, Fresh Kils, and others, one thing is guaranteed–your body will move when you hear it. From the lowest of lows to the highest highs, Hijinx is a gloriously irreverent ride, popping wheelies all the way.”

Hijinx is a great little project: confident and mature Hip Hop for grown-ups. 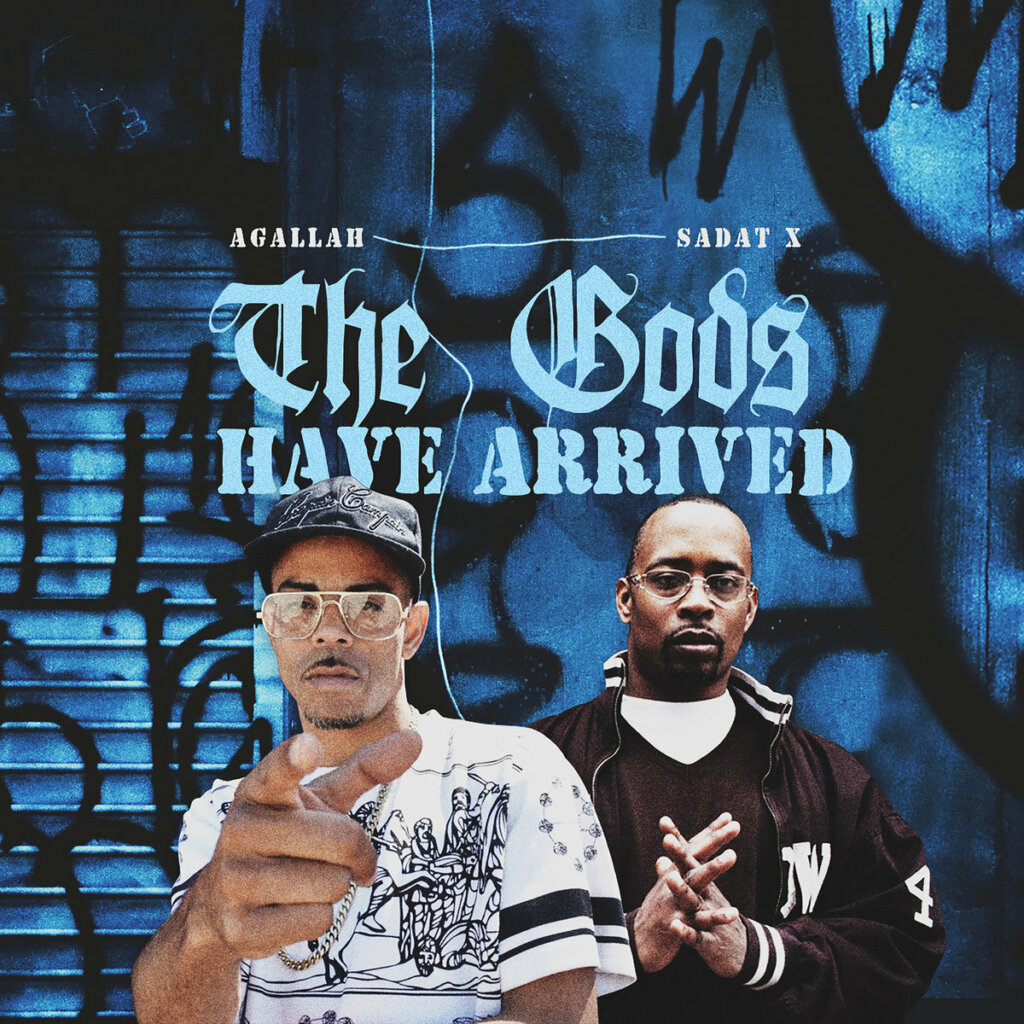 The Gods Have Arrived is a short but sweet project by two of NYC’s finest. Veteran producer/emcee Agallah’s gruff tone of voice goes well with Brand Nubian legend Sadat X’s high pitch – these two play well off each other. Agallah is kind of underrated as a producer and as an emcee, people sometimes forget he produced for acts like EPMD, Das EFX, and Onyx back in the day, and he collaborated with a lot of other industry greats like DJ Premier and The Alchemist. He put his production prowess on full display for The Gods Have Arrived – crafting a selection of menacing, hard-bodied bangers. Recently he has been extremely prolific as an emcee too, dropping a couple of pretty good projects in 2020 alone.

Sadat X is co-responsible for one absolute Hip Hop classic with Brand Nubian’s One For All (1990), and he has put together a substantive solo catalog, starting with 1996‘s acclaimed Wild Cowboys LP. On The Gods Have Arrived the pair bring out the best in each other – this is a thoroughly solid project, the biggest knock against it is that it’s too short at a mere 33 minutes. 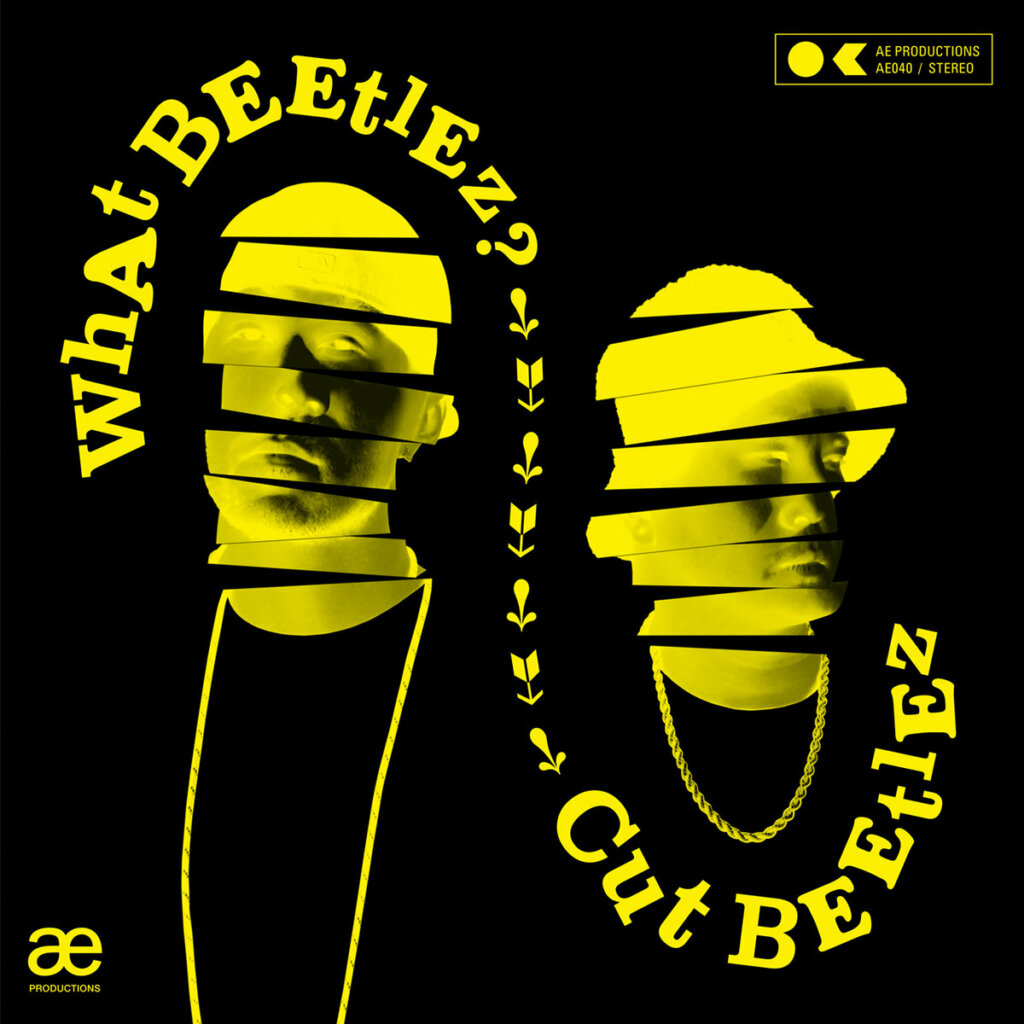 Cut Beetlez is a DJ/producer duo from Finland, consisting of HP Lovescratch and J-MAN. In recent years they dropped a couple of dope EP’s for which they teamed up with Hip Hop traditionalists like The Good People and Nice Guys. What Beetlez? is a real full-length at 44 minutes, and it arguably is Cut Beetlez’s best project yet. For this album, the duo recruited a bunch of great emcees like Guilty Simpson, Rah Digga, El da Sensei, J-Live, Reks, and The Good People (among others) to take care of the vocals.

What we get here is a selection of dope boom-bap beats, a lot of good old-fashioned turntablism, and nostalgia-inducing sampling – Cut Beetlez is one more example of the fact it is European producers who are carrying the torch for traditional-sounding Hip Hop right now. Due to its 100% throwback vibe What Beetlez? may not be for everybody – but for Hip Hop purists stuck in the late 1980s and early 1990s, this album is GOLD. 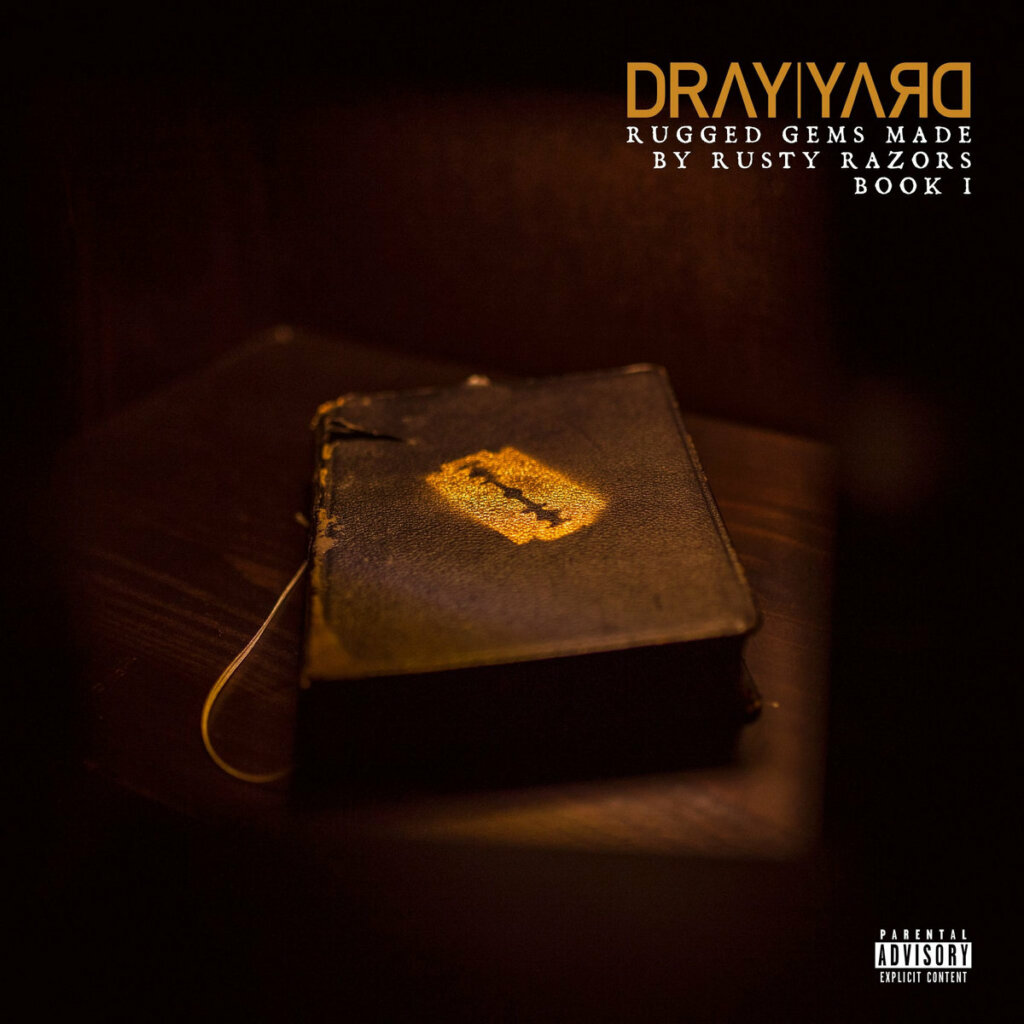 Dray Yard is a producer from Brest in Belarus, and for this Rugged Gems Made By Rusty Razors project he recruited a host of American underground emcees to do justice to his beats. The likes of Nowaah The Flood, Jamal Gasol, GeneralBackPain, Killy Shoot, Deuce Hennessy, All Hail Y.T., SageInfinite, Killa Kali, Heem Stogied, Phyba, Vinny Vindetta, King Coldpack, Chuck N Lock, Boob Bronx, Stoop Rebel Murda, 1 Shot Spitune, and Haleem The GodBrother make appearances – looking at these names it’s not hard to see this project is as underground as it gets.

The vocals on Rugged Gems Made By Rusty Razors are almost universally great, and Dray Yard’s beats are suitably dirty – this project fits right in with all the other raw neo-boom-bap releases we’ve been seeing in recent times. Dray Yard has enough of an own sound to set this project apart from the competition – his layered instrumentals often have a haunting atmospheric vibe that invites multiple listenings. Rugged Gems Made By Rusty Razors is a dope project, well worth checking out if you’re a fan of gritty neo-boom-bap. 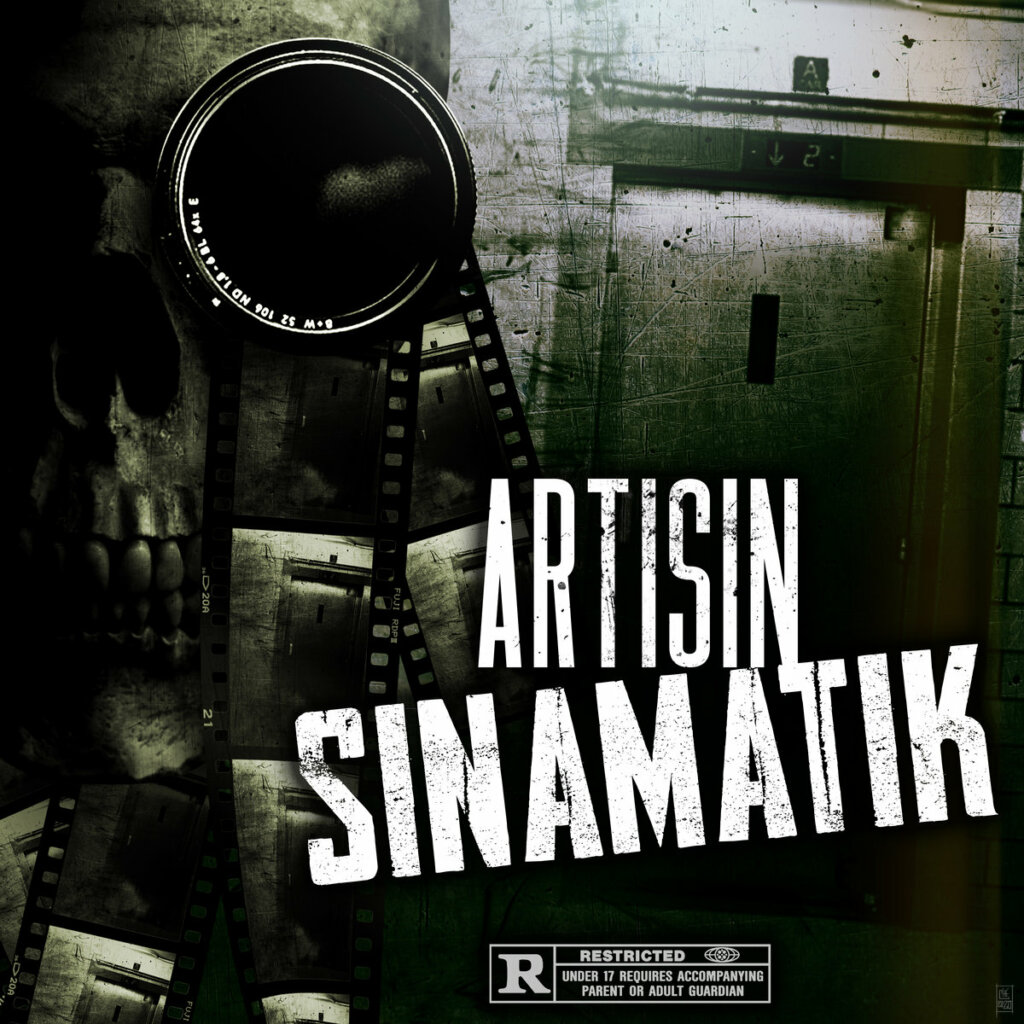 On the heels of Reks’ somewhat disappointing T.H.I.N.G.S. (The Hunger Inside Never Gets Satisfied), ST. Da Squad’s rapper Artisin comes with a stronger effort: Sinamatik. Artisin has listen-worthy wordplay in store, and production from Artisin himself (along with work on the boards from DJ Manipulator, Shortfyuz, Loman, DJ Flash, and Termanology) is nice.

Reks, Ea$y Money, Termanology, Wais P, SuperSTah Snuk, and Runt Dawg show up as guests to add variation – all in all, this project is a very solid listen that will appeal to those who can’t get enough of 90s-centric beats and flows. 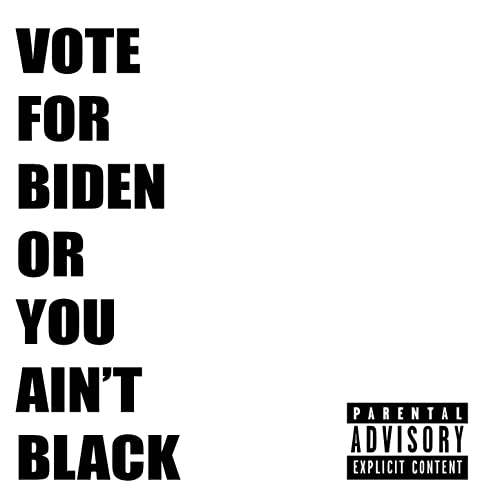 Pittsburgh’s J. Sands is back with a new album, the title a play on a ‘clumsy’ remark Joe Biden made in an interview with Charlamagne Tha God for the 2020 presidential race. Vote For Biden Or You Ain’t Black is a showcase of the writing skills of J. Sands – on VFBOYAB Sands covers many of the social ills that face many people every day in this day and age. VFBOYAB includes features from Hubbs, Craig G, Blu, and Headkrack, and others – their vocal contributions nice additions to J. Sands´wordplay. The thought-provoking lyrics combined with the smooth instrumentals make this album a well-rounded effort that definitely is worth checking out. 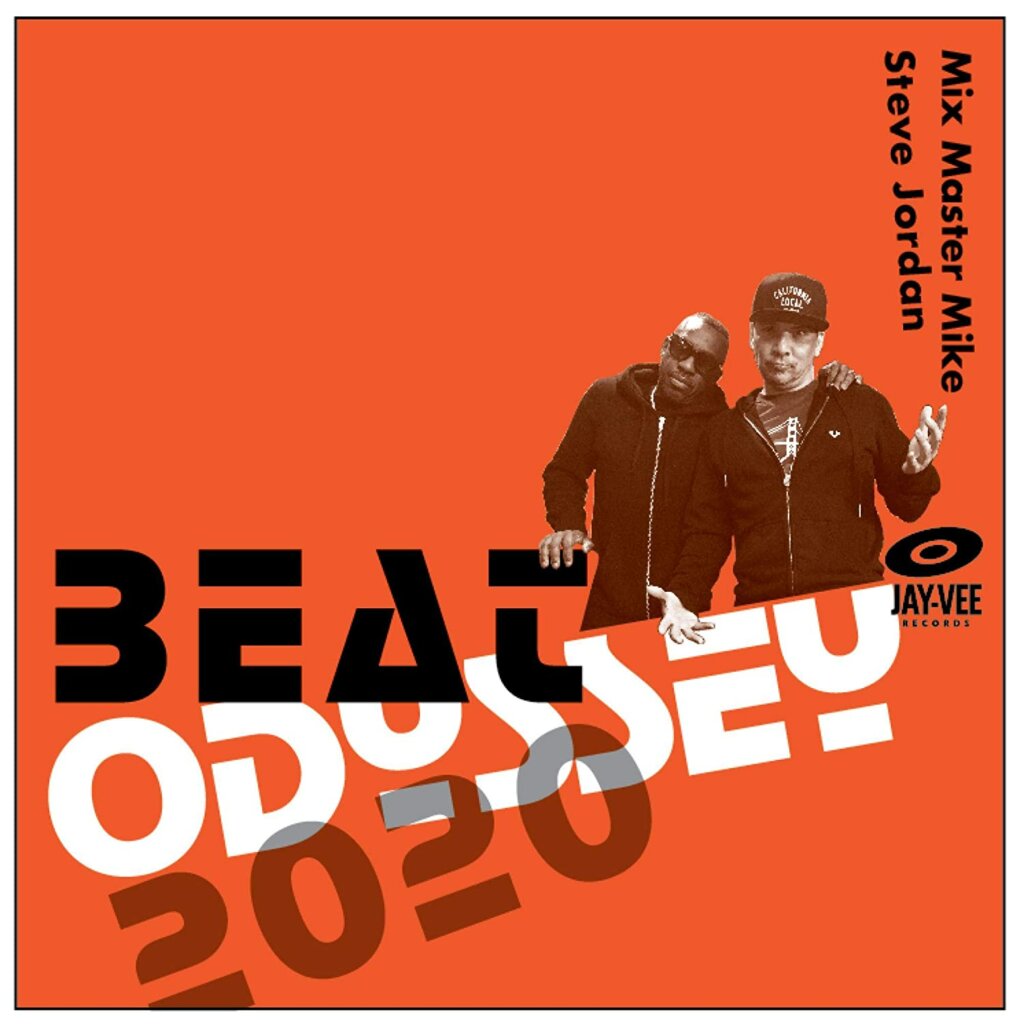 Along with Knxwledge’s 1988, Phoniks’ Time Goes By, and C-Lance’s The Ghosts of Mount Fuji, this Mix Master Mike and Steve Jordan collaboration is one of the best and most interesting instrumental Hip Hop albums you’ll hear this year.