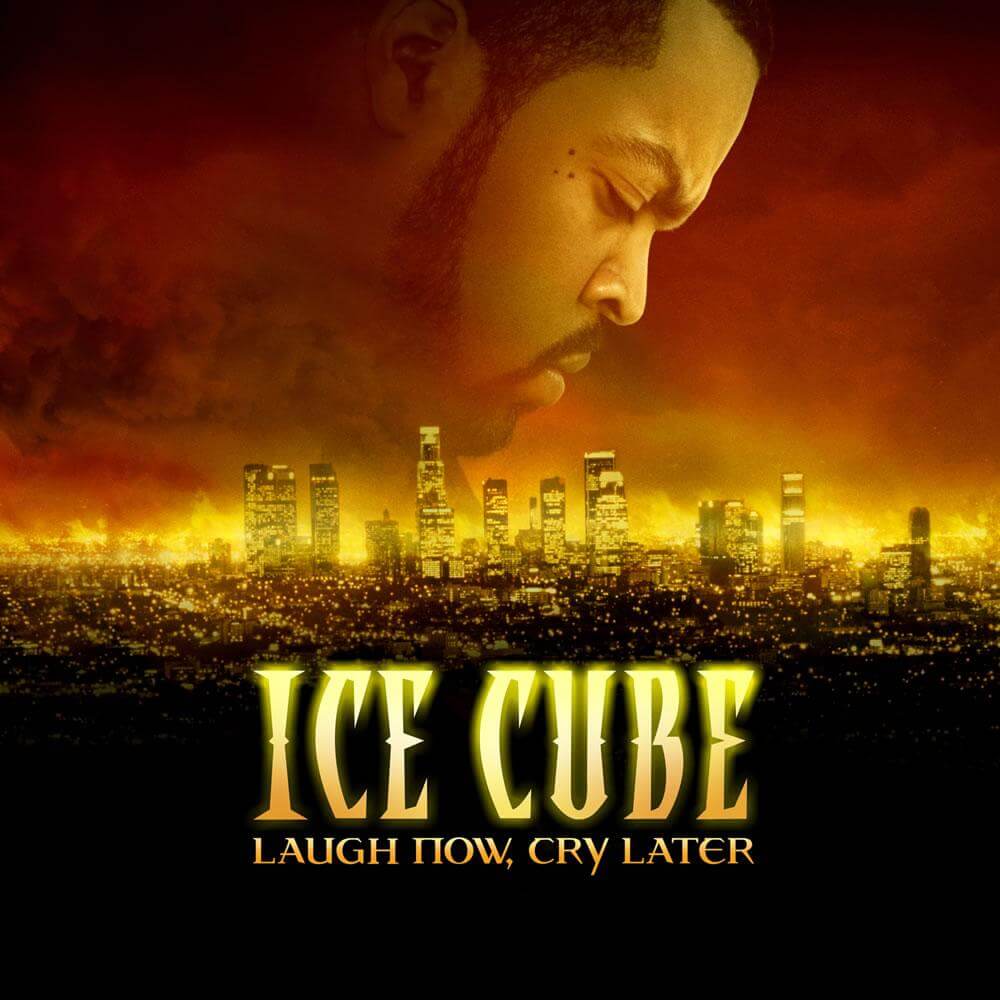 “I'm from the land of the gang bang, since I was little, ain't a god damn thang changed”

A History Of Violence (skit)

Laugh Now, Cry Later is Ice Cube’s first album to be released on his independently owned record label Lench Mob Records and his first studio album in six years since his previous album, War & Peace Vol. 2 (The Peace Disc). After spending the previous six years mainly doing movie projects, it could be considered a comeback album. The album debuted at number four on the Billboard 200 selling 144,000 copies in the first week.

Unlike Cube’s previous album, Laugh Now Cry Later features only a handful of collaborations. These include songs with West Coast rappers Snoop Dogg, and WC, as well as Southern rapper Lil Jon. Laugh Now, Cry Later was preceded by the street single and accompanying video “Chrome & Paint”. The first official single was the Scott Storch produced “Why We Thugs.” The follow-up single, released in late June 2006, is the song “Go to Church”, featuring Snoop Dogg and Lil Jon. The third single released from the album was the promo-only Steal the Show.

In the song “Growin’ Up” he talks about and honours his deceased friend and co-rapper Eazy-E who along with Ice Cube were members of rap group N.W.A. “Never thought I’d see Eazy in a casket, thanks for everything, that’s on everything. I learnt a lot of game from you, I like your son, he’s got his name from you”.

In an interview taken during its release, Ice Cube said: “I want to make a record that was like a history book. I wanted to make a record that does what all good hip-hop does: it makes you feel good; it kind of pumps you up, but it also shows you a part of life that you might not have been paying attention to or might not even know exists”.

Ice Cube re-released the album on October 31, 2006 under the name Laugh Now, Cry Later: O.G. Limited Edition. The DualDisc contains concert and backstage footage as well as a playable music video for each song. The artwork for this album contains a picture of Ice Cube holding a custom gold Colt Anaconda. A clean version of the album was also made. It replaces most of the profanities by repeating or using a sound effect. Released independently on his Lench Mob Records the album has been certifiedGold by the RIAA, which is generally unprecedented for an album released on an independent label. Laugh Now, Cry Later has sold 1,000,000 copies worldwide as of 2015.