With the release of the biopic Straight Outta Compton, Hip Hop Golden Age revisits the streets of Compton and Los Angeles to embark upon a Hip Hop historical tour of gangsta rap. 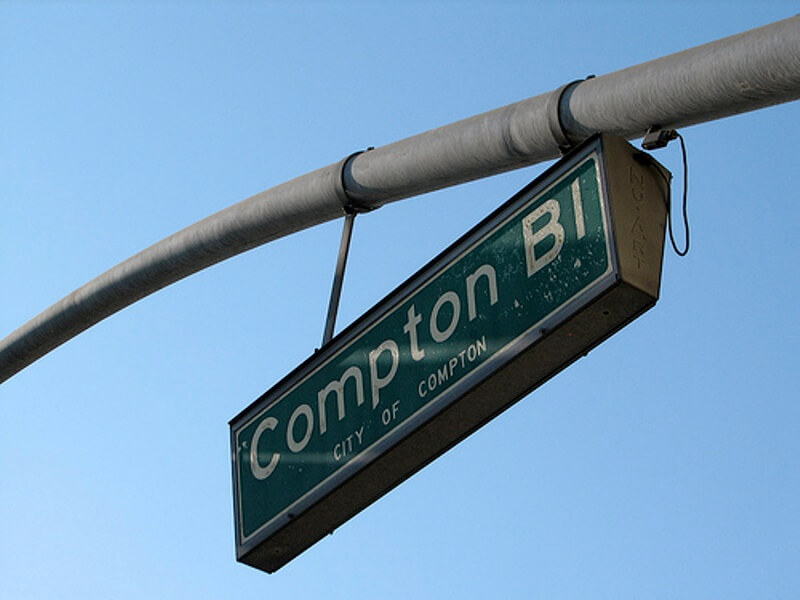 During the mid-1980s, a crack epidemic, gangs, police brutality, and racial unrest devastated the city. It would be the economically marginalized neighborhoods of Los Angeles and the collective issues affecting communities of color that truly altered the development and direction of West Coast Hip Hop into mainstream society. Throughout Southern California, it was social and economic issues that created locations for Hip Hop’s seed to manifest. Today, those Hip Hop seeds have given way to the creation of West Coast Hip Hop culture and gangsta rap. These various Southern California locations, some still in existence, others lost to commercial development, became the springboard for gangsta rap.

Among early sites for Hip Hop in Los Angeles some of the most important were roller rinks such as Skateland U.S.A. and World on Wheels. Skateland U.S.A., the Compton roller rink, was known as home turf to the Bloods gang organization. For the grand opening of Skateland U.S.A., the roller rink celebrated with a concert featuring local legends The World Class Wreckin’ Cru. Soon thereafter, the location became synonymous for providing a platform for early West and East Coast Rap and R&B music. 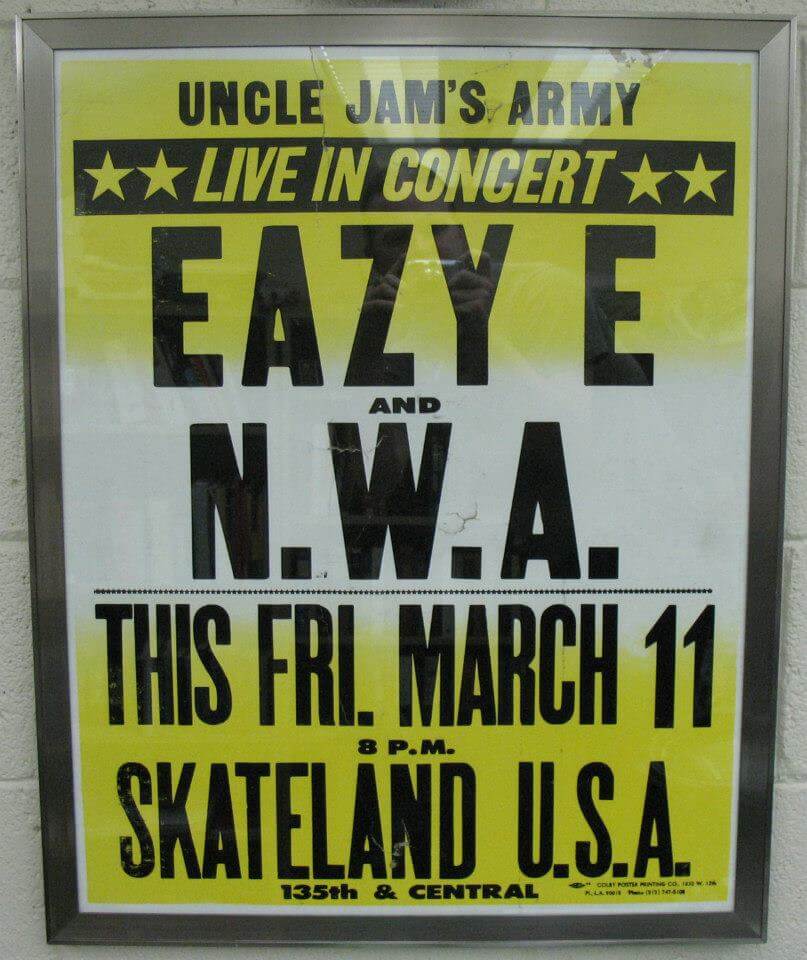 Promotional Poster for “The World’s Most Dangerous Group”)

One crew Dr. Dre began working with was a trio known as C.I.A. (Criminals In Action). The C.I.A. crew, consisting of Darrell “K-Dee” Johnson, Tony “Sir Jinx” Wheatob, and O’Shea “Ice Cube” Jackson, established a regular gig at Skateland U.S.A., through Dr. Dre. At the same time, Eric “Eazy-E” Wright would hang out with DJ Yella and Dr. Dre inside the DJ booth and discuss forming a super group. Shortly thereafter, during Skateland U.S.A.’s after parties Eazy-E, Dr. Dre, and DJ Yella could be seen composing music in the roller rink’s snack bar. 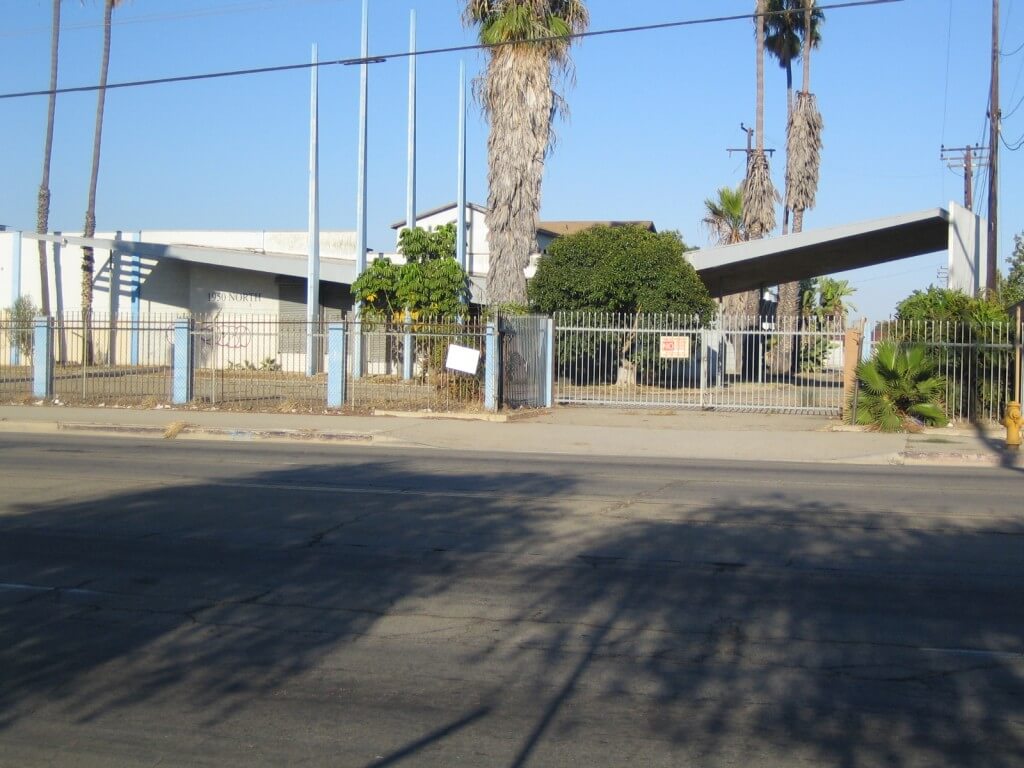 Opened in 1979, Eve’s After Dark was known as a high-class club that was a fixture on the dance map of Los Angeles. The after-hours club, located within an unincorporated area of Los Angeles County, operated outside the rules of the city and stayed open till 5 in the morning. 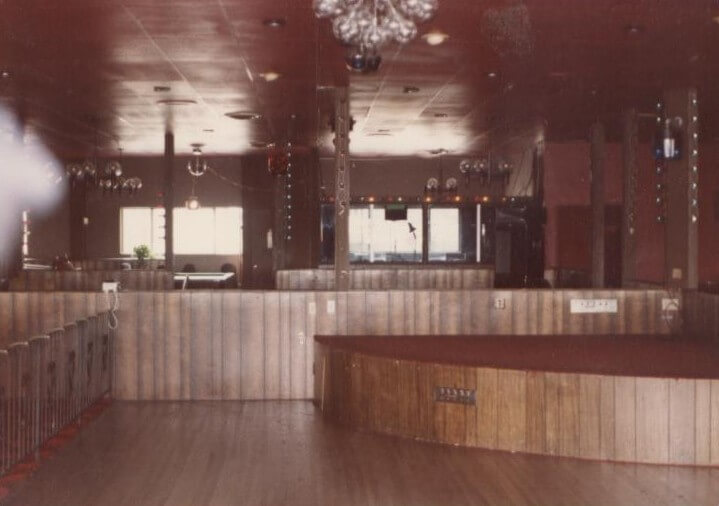 Inside Eve’s After Dark

During O’Shea “Ice Cube” Jackson’s high school years, he would rock the microphone at Eve’s After Dark with the group C.I.A. (Criminals In Action). At this time, Ice Cube encouraged by Dr. Dre began to spit sex rhymes over popular rap songs to shock and excite crowds. Thus, Run D.M.C.’s My Adidas became My Penis. On weekends, Eric “Eazy-E” Wright could be spotted in the crowd of searching for rap talent and to catch DJ Yella and Dr. Dre spinning records for local legends The World Class Wreckin’ Cru. 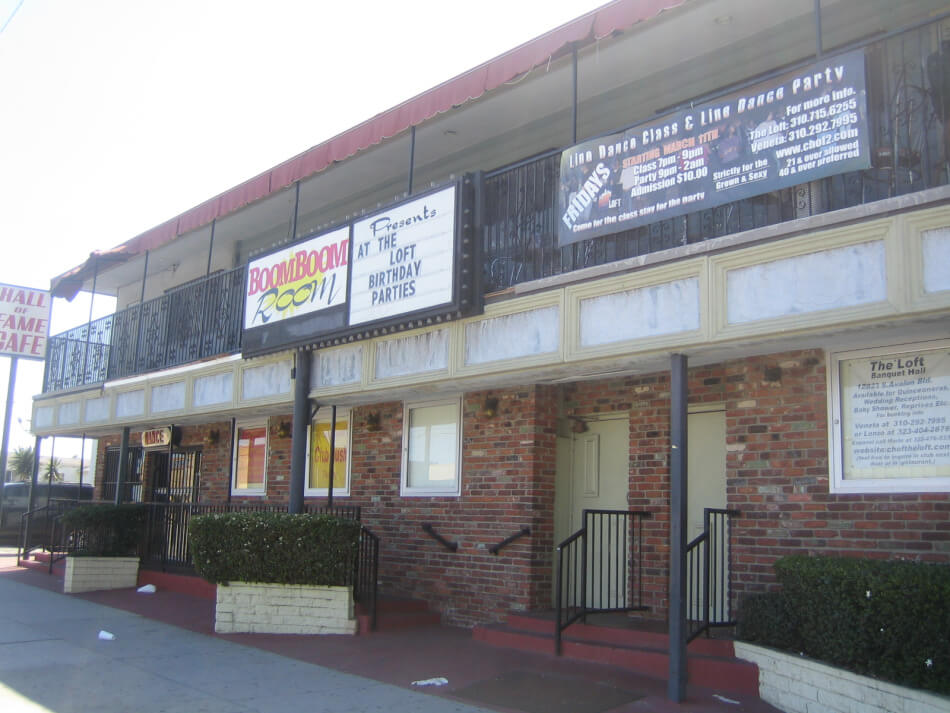 Eve’s After Dark maintained a recording studio, featuring an old four-track deck, which quickly became a music laboratory for Dr. Dre, The World Class Wreckin’ Cru, C.I.A. and others. The back room recording studio would become a starting point for “gangsta rap”. One night, Dr. Dre and Eazy-E were sitting around with a stack of rhymes that Ice Cube had penned. Eazy-E had already purchased recording time for an East Coast trio called HBO, which Dr. Dre had discovered. Yet, when the trio got in the studio, they balked at the West Coast-flavored rhymes and declined to record Cube’s song. Instead, Dr. Dre urged Eazy-E to rap the lyrics to a song detailing the day-in-the-life tale of a Compton gangster; it was Boyz- N-the-Hood. 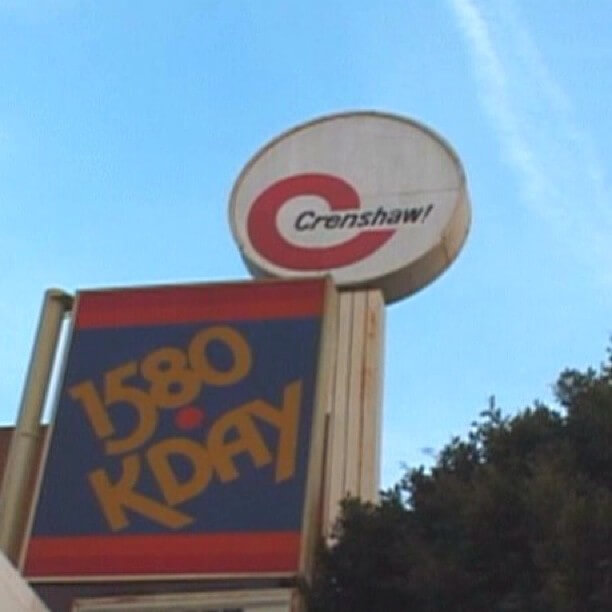 If a new artist or rap group came to L.A., KDAY was their only destination station. Up-and-coming artists, meanwhile, were desperate to get their music onto the air that they offered cocaine, heroin, and marijuana, even handfuls of $100 bills. KDAY became the most popular radio station in L.A. by embracing the community and conducting larger than life promotions that included a Bike-A-Thon, Annual Toy for Tots Drive, community service in schools & neighborhood centers, live-on-location broadcasts, contests, custom mixes and exclusive interviews. 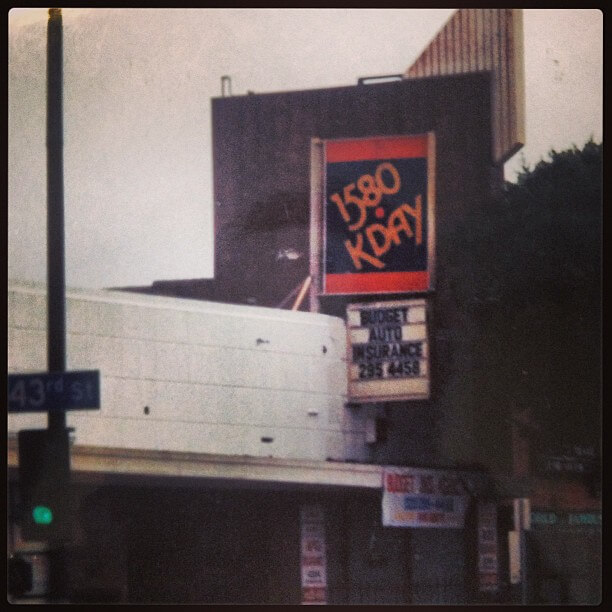 Many of today’s artists, radio station jocks, and record executives began their careers at KDAY. One such person was Greg Mack and his radio show, Mack Attack. Greg Mack is responsible for introducing rap music to L.A. airwaves. He also showcased the first ever live radio mixing shows (5:00 Traffic Jam, Friday Night Live, Mixtape Show, and Live From Skateland U.S.A.) with a group of legendary DJs that included, Dr. Dre, DJ Yella, Battlecat, DJ Keith Cooley, DJ Julio G, DJ Pooh, and Mixmaster Spade. In fact, Dr. Dre and DJ Yella spent every spare moment recording their KDAY mixes at Eve’s After Dark. The DJs and others during this era helped the radio station become a musical powerhouse within the L.A. Hip Hop community.

Founded in 1984, the LA-based Macola Records was a pressing plant where artist could have 500 records pressed for $1000 dollars. In order to get vinyl pressed up one would only have to bring in master tapes and Macola Records handled production and distribution. It was one of the first record pressing plants for rap music. Many well-known West Coast artists distributed songs through Macola Records, World Class Wreckin’ Cru, Egyptian Lover, Unknown DJ, and Bobby Jimmy of L.A. Dream Team, to name a few. The record pressing plant is responsible for issuing the first copies of N.W.A.’s groundbreaking single Boyz-N-the-Hood. 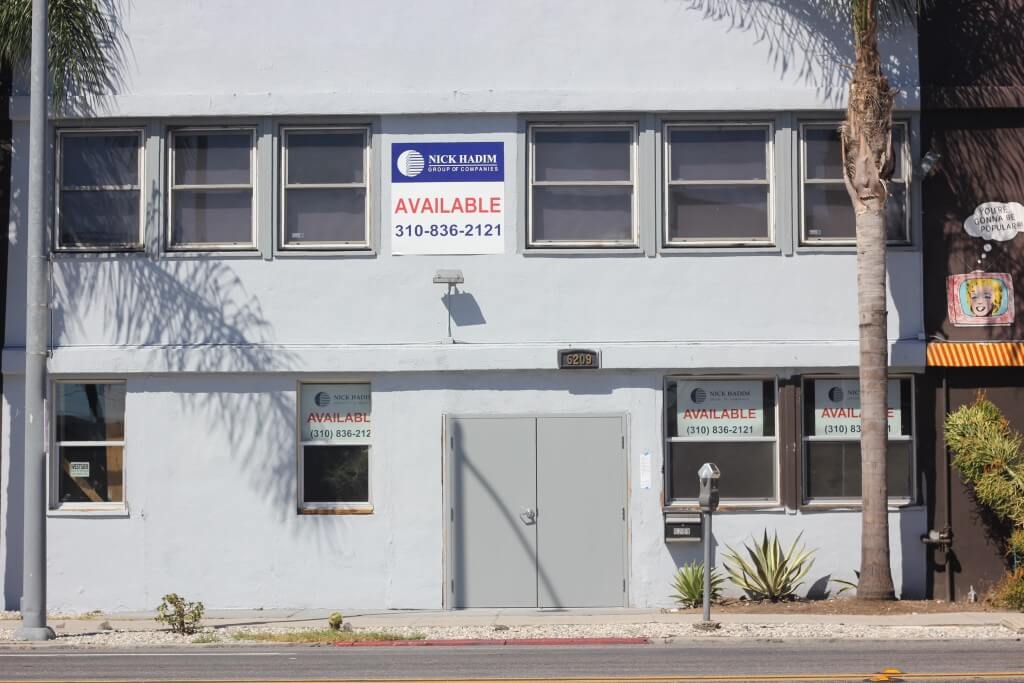 In the mid-1980’s Macola Records was the place to go if you wanted your songs on wax. Many early West Coast labels were founded by the artist themselves to promote their own music. Macola Records and its

Sub-labels gave artists the chance to press their own records. So, in the years 1984 to 1990 almost every West Coast pioneer was down with the pressing plant located at 6209 Santa Monica Blvd.

Beginning in late 1985, Eric “Eazy-E” Wright would frequently visit Roadium swap meet and Steve Yano’s record booth to buy the latest vinyl records. Also, around the same time Dr. Dre and DJ Yella would hangout, cut records (DJ), and search through record crates at Yano’s booth. Both Dr. Dre and DJ Yella were already local legends in the Hip Hop community because of their affiliation with the World Class Wreckin’ Cru. On the flip side, Eazy-E had amassed a small fortune from drug dealing and was looking for a legitimate opportunity to invest his money; he would create a record company. 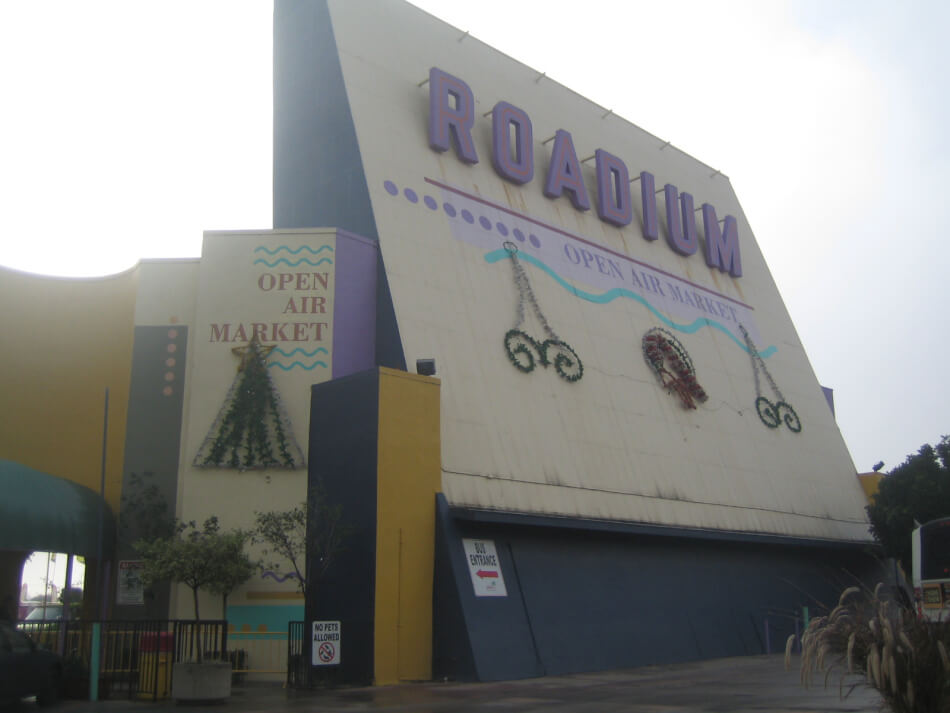 Eventually, Eazy-E would become persistent and press Yano to introduce him to World Class Wreckin’ Cru’s Dr. Dre. In time, the two would join forces and create a record label and form a rap group that would overrun the record business and turn “gangsta rap” into a household name. The partnership took full form in Hip Hop culture’s most iconic rap group N***** With Attitude (N.W.A.), which in 1988 released rap music’s most influential album to date Straight Outta Compton. 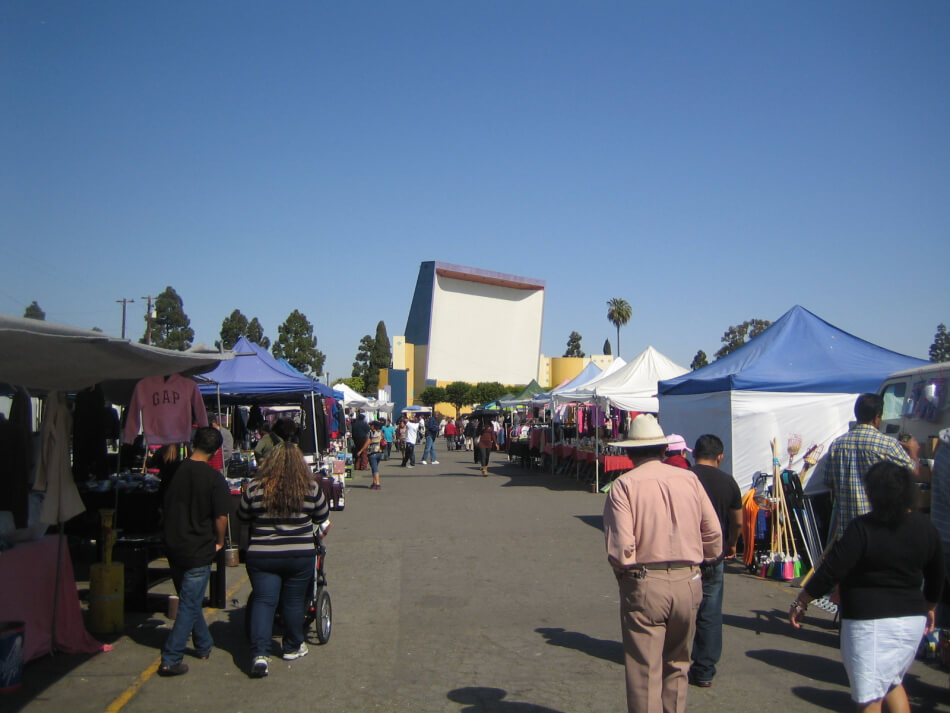 In 1992, Marion “Suge” Knight and his attorney (a longtime drug dealer representative) David Kenner negotiated a $10-million deal for Death Row Records with alternative & rock powerhouse Interscope Records that altered Hip Hop’s landscape. The Death Row—Interscope partnership put an affiliated Blood gang member (Suge Knight) and an accomplished producer (Dr. Dre) in business with a well-financed enterprise. Together, Death Row and Interscope Records would take the “rebellious” celebration of the L.A. gang mentality that Eazy-E and N.W.A. popularized and make it pure pop. 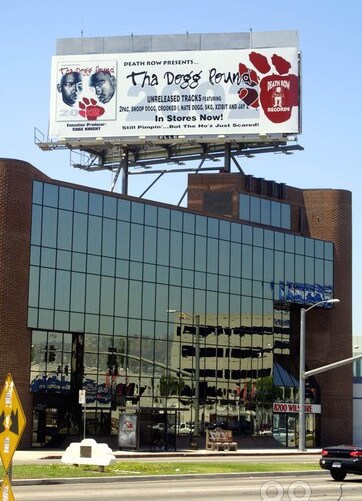 Death Row Records announced their thuggish vision by embracing their controversial logo, a prisoner strapped to an electric chair. In fact, according to legend (and lawsuits) Marion “Suge” Knight, the force behind Death Row Records, and several men allegedly threatened Eazy-E with baseball bats and made him an offer he couldn’t refuse. When this meeting was over, Eazy had relinquished any claims to the contract of Dr. Dre. 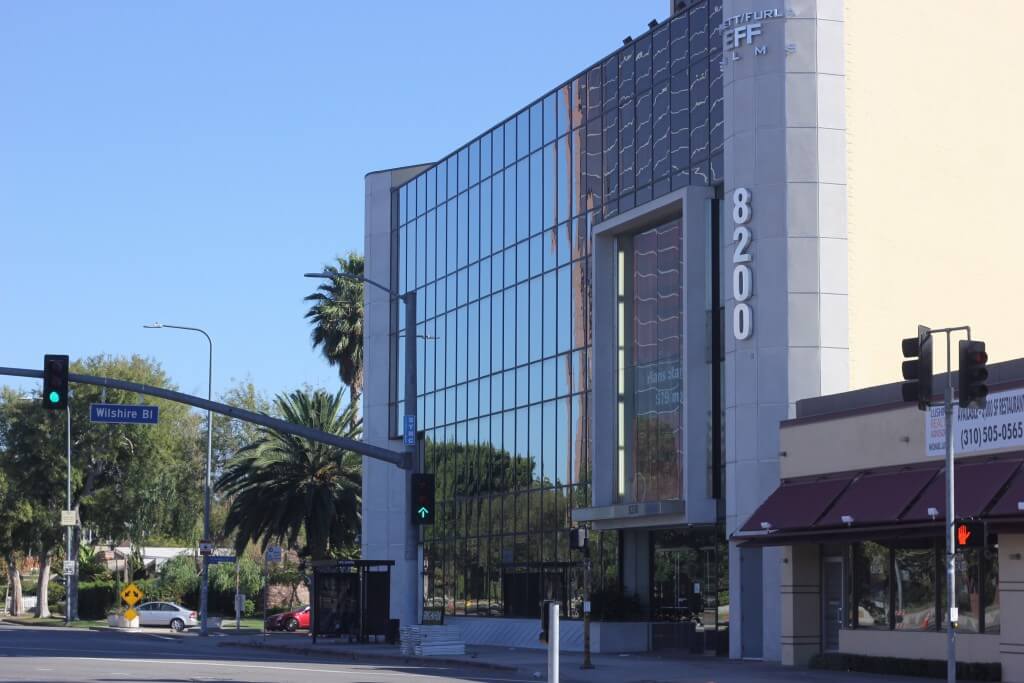 By 2006, the infamous Death Row Records filed for bankruptcy. As of 2009, the company remains in limbo and was auctioned off for to indie Canadian entertainment company WIDEawake for $18 million.

N****’s With Attitude is now immortalized on film with release of a musical biopic. The family tree of N.W.A. has branched out and grown into some of today’s biggest rap artists/groups, producers, actors, directors, even executives. The World’s Most Dangerous Group has come along way from the streets of Los Angeles. If you have or haven’t seen the biopic of five guys who changed the music industry forever with one album, it doesn’t make a difference. But I’m sure you’ve heard of  “Compton”. Well, these are the streets that birthed “gangsta rap” and influenced the world.

“So, thank you and I hope you enjoyed your tour. Watch your step when stepping out the bus”.