N.W.A. has become the fifth rap group to be inducted into the Rock and Roll Hall of Fame, joining fellow posses Grandmaster Flash and the Furious Five, Run-DMC, the Beastie Boys, and Public Enemy. Now, N.W.A’s name will shine bright with other rap legends in a rock and roll hall, and hold a pedestal alongside James Brown, Bob Dylan, the Beatles, and other fabled artists of music lore. 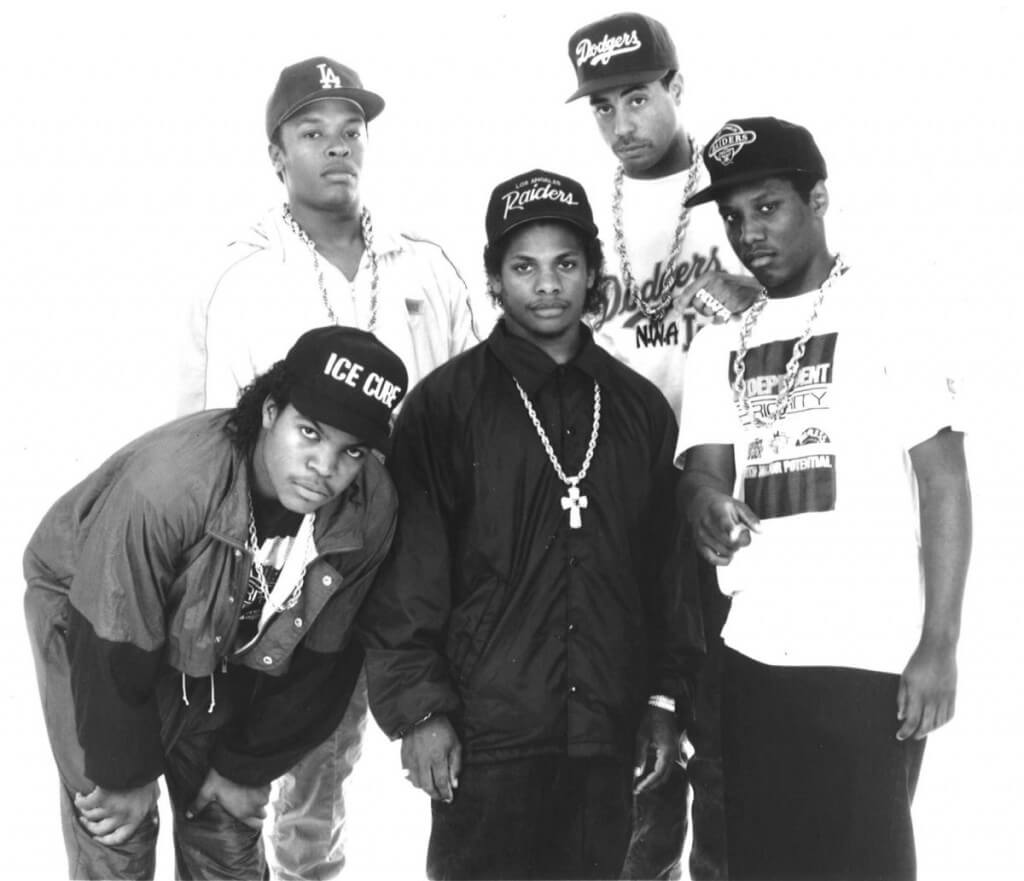 The fellow inductees this year consist of Cheap Trick, Deep Purple, Chicago, and Steve Miller. This is a strange inductee class, bearing in mind the strength of this years’ other nominees (The Cars! Janet Jackson! Yes! The J.B.’s! THE SMITHS! CHIC, NOMINATED FOR THE TENTH TIME WITHOUT INDUCTION). Steve Miller was inducted without the Steve Miller Band, not surprising since the HOF has a history of inducting frontmen without their backing counterpoints (ex. Smokey Robinson without the Miracles, James Brown without the Famous Flames). Steve, Chicago and Cheap Trick were among the most popular choices, but none of those three had never been nominated before. Meanwhile, most of their fellow nominees had been nominated for induction multiple times. (Should I bring up the Chic example again? I really feel like I should). Is it fair for the HOF to induct in first-timers while leaving previously nominated acts in the dust? Is it fair to bring in these first-timers when there are other groups—Afrika Bambaataa, the New York Dolls, and the Cure to name a few—who were each nominated only once several years ago and never nominated again? 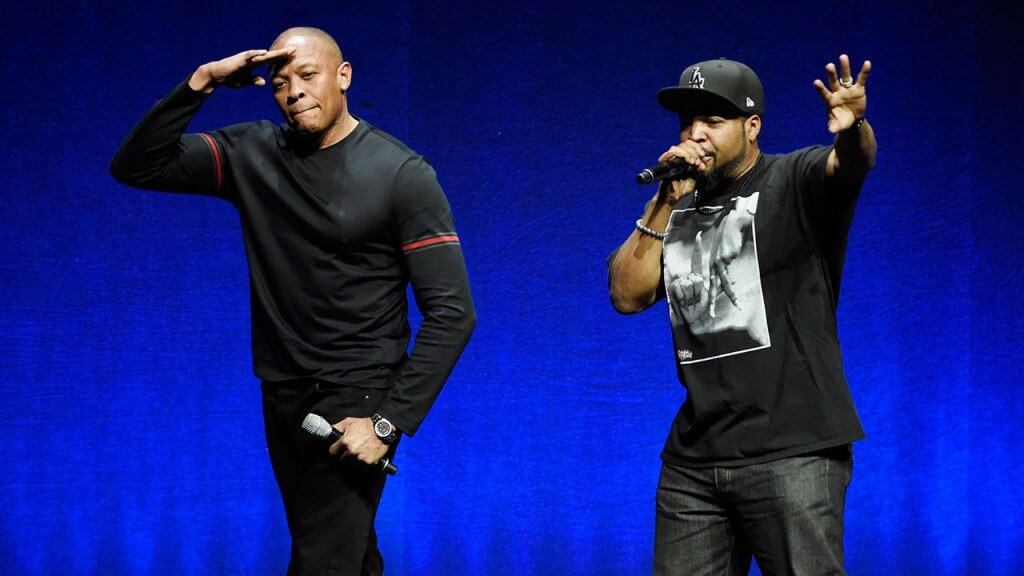 While the pairing of N.W.A. with these nostalgic classic rock acts may seem somewhat malapropos, it can be argued that recognition was far past due for all these artists. Whatever your opinion on the other inductees is, at least some justice has been served with N.W.A’s induction. The group has been nominated every year since it was first eligible in 2013, and now they, unlike poor Chubby Checker, can finally smell their roses. The decision to induct N.W.A. this year was no doubt assisted by the respective releases of Dr. Dre’s Compton and the biopic Straight Outta Compton. Dre’s release of Compton, which he claimed was “inspired” by the filming of the movie, was a triply smart business move: He could release an album that did not have to live up to the years of hype following Detox; it was released exclusively on iTunes and Apple Music to promote the brand spanking new streaming service; its release just a week before Straight Outta Compton caused a fresh burst of hype that littered a trail of cash all the way from the iTunes store to the local movie theater. Straight Outta Compton itself was a raving critical and commercial success, revitalizing modern interest in the group and gaining the title of highest-grossing music biopic of all time. The film’s runaway success brought both its namesake album and its title track back into the charts. Thus, it only made sense this year for the HOF to acknowledge the reentry of N.W.A. into today’s pop culture.

There is no doubt N.W.A. has had a substantial effect on popular music. Contrary to now-popular belief, N.W.A. did not invent gangsta rap, nor did they establish the genre; both honors belong to Schoolly D and Ice-T respectively. However, the release of their debut, Straight Outta Compton, brought gangsta rap and its themes to the forefront of American culture. Before the album’s release, most of America had never heard such, well, ruthless oratory on street life, gang violence, police brutality, censorship, and braggadocio of the violent lifestyle. The music scene was already reeling from the Black Nationalist rhetoric of Public Enemy’s It Takes a Nation of Millions to Hold Us Back; the extreme violence of Straight Outta Compton was too much to handle. Moreover, white audiences were opening up more to rap thanks to the rap-rock crossovers of Run-DMC and the Beastie Boys. As a result, the more dangerous records created by Public Enemy and N.W.A. were also finding their way into suburban households, causing nationwide concern. Straight Outta Compton was given an early parental advisory sticker, and the group was banned from certain venues and record stores. The FBI and Secret Service even sent a letter to Ruthless Records, condemning the group and the song “F*** Tha Police” in particular. 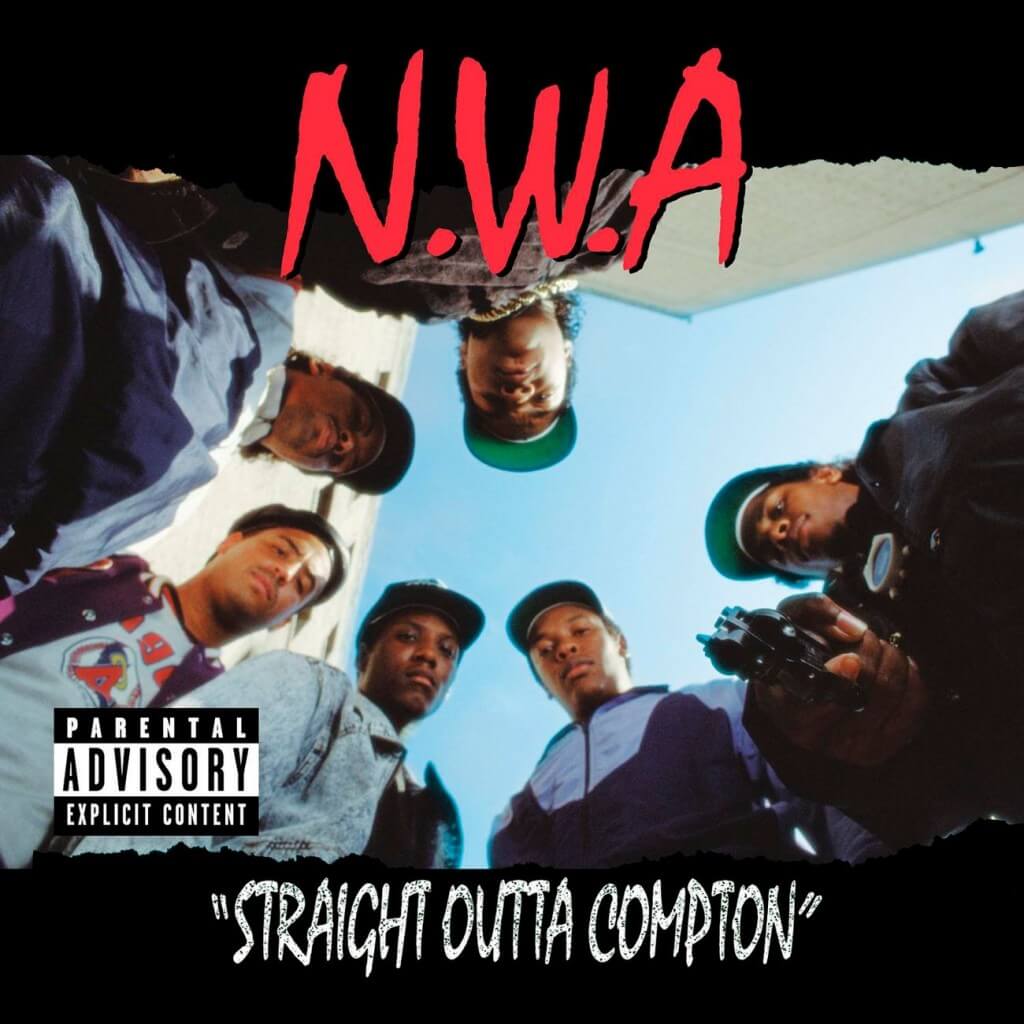 Despite the bans, lack of radio airplay, and general outrage surrounding the group, Straight Outta Compton sold millions of copies and spread the message of Eazy-E and co. worldwide. Critics and musicians praised the record, and its impact was widespread. Gangsta rap would go on to dominate Hip Hop throughout the following decade, with Ice Cube and Dr. Dre leading the forefront in their solo careers. The social topics and vehement lyrics would inspire other rappers to up their ante, and Hip Hop as an overall genre would grow to further, controversial extremes. Nearly every rapper who came up during the ’90s and after owes a major debt to the ground broken by N.W.A, including Dr. Dre’s many important mentees: Snoop Dogg, Eminem, 50 Cent, and Kendrick Lamar.

Now the question that will piss off the purists: is N.W.A. rock and roll? It is hard to pinpoint too many examples that give that question an obvious answer. The induction of rap groups into a rock hall has been a point of contention for years now (see my previous post on this website about the subject).  No, N.W.A. did not carry electric guitars or even sing on any of their songs. But to discount a group for not being “pure” rock and roll is paradoxical. Rock and roll is itself an impure genre, borrowing from diverse genres and spawning several bastard children in the process. There are several acts in the HOF who were not strictly rock, but they embodied the essence of the genre and had a major impact on all of music.

Is that what truly matters? And if so, did N.W.A. do this?

The answer to both is a resounding yes. N.W.A. are the Sex Pistols of rap; angry young men who pioneered an entire genre and sound off of one impactful album (true, they also released Elif4Zaggin, but no one discusses that album much anymore). The group gave themselves a name that is rarely ever fully spelled out, uncompromisingly titled their songs and purposely misspelled their names, took influence from all genres of music, frankly discussed the ills of the world, took down the establishment, introduced phrases still commonly used in the cultural lexicon (f*** the police, anyone?), and changed the course of music.

What’s more rock and roll than that?

N.W.A.’s induction in the Rock and Roll Hall of Fame is both a victory for the group and Hip Hop in general. The continued recognition of Hip Hop by one of today’s eminent music history institutions will help cement the legitimacy of the genre for future generations. If any groups of the Golden Age have deserved induction, N.W.A. is certainly one of them. This will pave the way for more Hip Hop inductions, and force further discussion on the place of Hip Hop in music now and forevermore. 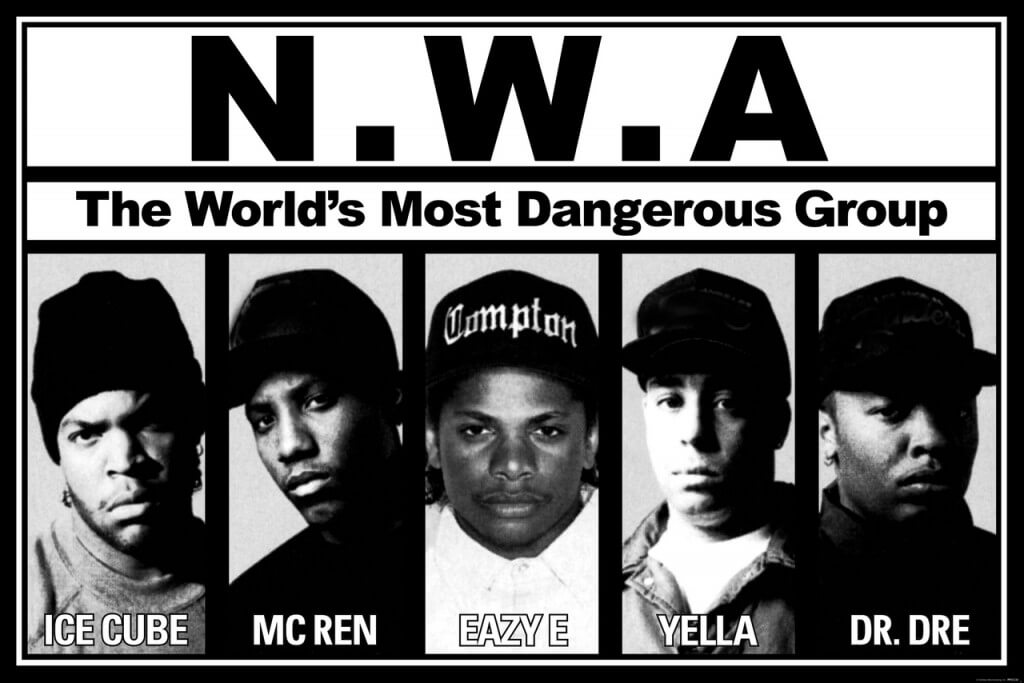