STRAIGHT OUTTA NOWHERE: No One Was Ready For N.W.A. 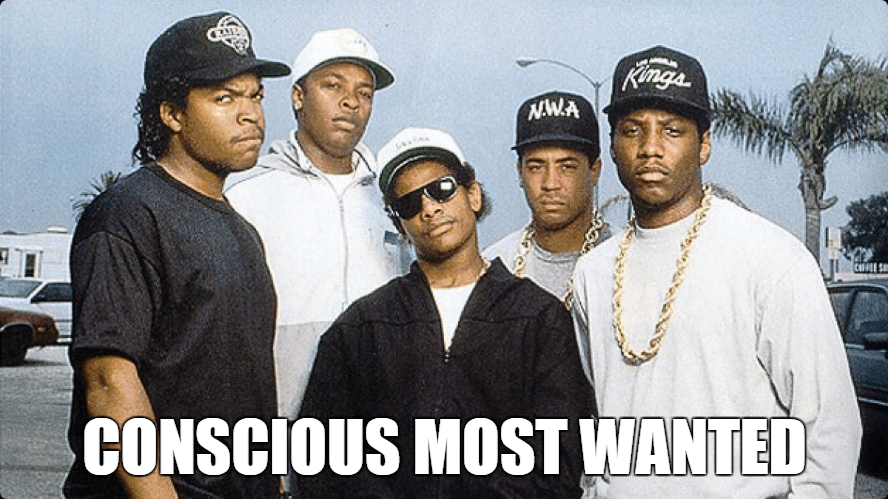 We all played the game.

There has always been plenty of “naughty” albums that had to be kept from adult eyes and ears.  While our parents had the likes of Richard Pryor, Rudy Ray Moore and George Carlin to tantalize their young funny bones, all under the cover of dark basements and brief moments before adult workdays concluded, us Gen Xers had explicit Hip Hop.  My older play cousin was a gateway to this long tradition for my brother and I, having the privacy that neither of us had as younger teens.  I can still remember those days of rocking out in his room, usually to some 2 Live Crew, while playing Uno with a seriousness of High Stakes Poker.

One day, our cousin had a gem for us: Eazy-Duz-It.  Having absolutely no idea what we were about to listen to, hearing Eazy-E’s distinct voice cut off the single girl in the beginning of the album with a torrent of expletives was a genuine shock to the system.  Before long, we had listen to each and every track, soaking up the vivid imagery of fast money, loose women and violent threats.  The only thing that saved our minds from it was Eazy’s larger than life persona, making his solo album seem more like a gangster movie than a gangsta’s life.

All that changed when we finally saw the video to Straight Outta Compton, with Eazy’s supergroup (before that was a thing) kicked down the door and demanded compliance.  First, where the hell was Compton?  We used to live in Los Angeles, and we had no idea the place existed, let alone was roaming with lunatic wordsmiths and DJs that were trying to kill you with a bassline.  Ice Cube’s dropped the first verse and dropped every pretense of playing around.  When he said bodies were going to be hauled off, we believed every damn word.  Ren followed with a robust littany of wordplay, littered with F bombs and violent promises.  Finally, Eazy brought up the rear with a salvo that announced to us that his diminutive size didn’t mean he didn’t have a cap for that a** if you looked at him sideways.

Whew!  If the lyrics weren’t heavy enough, something amazing was going on in the background.  Between the production expertise of Dr. Dre and the mixing of DJ Yella, the song my as well has been played by the pied piper.  What kid could honestly listen to this magical combination of smooth technique and brute force lyrics and not be hypnotized?  This dragon of an album wasn’t all brawn, however, as they group displayed a consciousness delivered in an “any means necessary” provocativeness.  We were all willing to listen to anything NWA had to say, and they took the opportunity to force us to have conversations we weren’t anywhere near ready to have.

Funny how their most famous public announcement is having a rennaissance in relevancy right now.  That was NWA’s gift: straight hard truth with no chaser.  No matter how uncomfortable they made us, we needed to listen and take it all in.  Instead of getting offended by the profane lyrics and outrageous tales, the only worthwhile takeaway is that the streets are mean as hell.  Not that NWA was content to just dump on our young minds with nothing but doom and gloom, as the album have plenty of great songs that were just pure Hip Hop.  One was even uplifting, with Dr. Dre providing his mellow accent to my favorite song on the album, Express Yourself.

We never saw NWA coming, and we’ll never see another like them again.