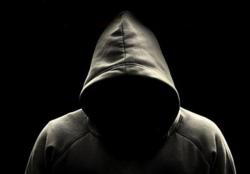 The Get Down (The Mixtape)

It finally happened. N.W.A. has become the fifth rap group to be inducted into the Rock and Roll Hall of Fame, joining fellow posses Grandmaster Flash and the Furious Five, Run-DMC, the Beastie Boys, and Public Enemy. Now, N.W.A’s name will shine bright with other rap legends in a rock and roll hall, and hold […]

There’s a reason that “Fight the Power” by Public Enemy is my favorite Hip Hop song of all time. It is the first Hip Hop song I ever loved. I grew up in a household where there were strictly four types of music listened to at all times: classical, rock, jazz, and Indian music. Not […]

The infamous institution that is the Rock and Roll Hall of Fame has never been able to stay away from controversy, and not for a want of it. For an institution that is dedicated to immortalizing rock and roll’s greatest heroes, there are many inductees in there who are not quite typically thought of as rock artists: Miles Davis, Madonna, Donna Summer, Leonard Cohen, Gene Pitney, Laura Nyro, Tom Waits, and several soul and funk groups. The confusion behind these inductees lies not with the quality of their work, but rather the categorization of it.