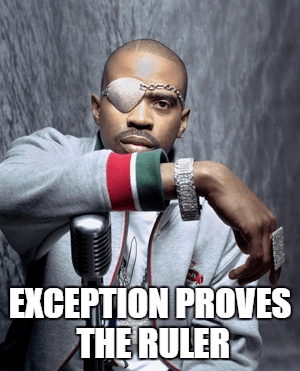 It should not have worked.

Slick Rick’s album The Great Adventures of Slick Rick had a lot working against it when it came out. Without considering the album’s content at all, there were a lot of factors that could have derailed his debut upfront. For starters, 1988 was one of Hip hop’s heaviest years, with everyone from NWA, Public Enemy, Eric B & Rakim and BDP all dropping records that would become classics. These artists also signaled a tonal change in Hip hop, as harder and more conscious raps were taking over the landscape.

Jazzy Jeff & the Fresh Prince (as well as MC Hammer) kept party raps in rotation, but the tide was rapidly switching to hardcore.  Even EPMD’s Strictly Business had to either go hard or go home.  Also, while British artists had a knack for making breakthroughs in mainstream music, Hip hop would seem far less inviting.  Rick’s inflection, which could only be found elsewhere in fellow Kangol Crew member Dana Dane, was a long way from the guttural growls of LL Cool J and Ice Cube.  Making matters worse, Rick didn’t bother to follow convention when choosing topics, rhyming about seemingly anything that came to mind.  A Mona Lisa here, a Lick the Balls there, and the listener couldn’t relate the album to anything else out at the time.

So, how did The Ruler do it?

First, never underestimate the power of a hot single. We first got our taste of the enigmatic MC on Doug E Fresh’s classic hit The Show.  Rick’s proper flow was the perfect compliment to Doug E’s easy rhymes and expert beat boxing.  The Inspector Gadget theme never sounded so dope, as Doug E And Rick traded humorous bars to our collective delight.  Being included on a track that has maintained top ten status to this day surely didn’t hurt Rick’s prospects.

Second, MC Ricky D has MAD storytelling skills.  This would become very evident when The Show’s B-side La Di Da Di gained popularity.  Although it was just a simple beat box with rhymes, the song was a monster hit. Taking us along for a ride through a typical day, Slick Rick proved that he was far more than just some man on the mic, relaying details that would come off as supremely boring from most mere mortals.  After expertly destroying that track, his debut album would be highly coveted well before it was released.  We wouldn’t see that level of well deserved hype until Snoop Dog’s debut (which remarkably had a La Di Da Di remake on it).

Last, Slick Rick thought way out the box.  Those obscure song titles and themes only made him more notorious rather than be a hinderance.  Rick displayed a ridiculous originality, going from straight up B-Boy mode to surprising singsong moments.  No song displayed all of his abilities at once as well as the forever track Children’s Story, which single handedly made a nation of emcees.

It does make you scratch yer head, ‘tho.