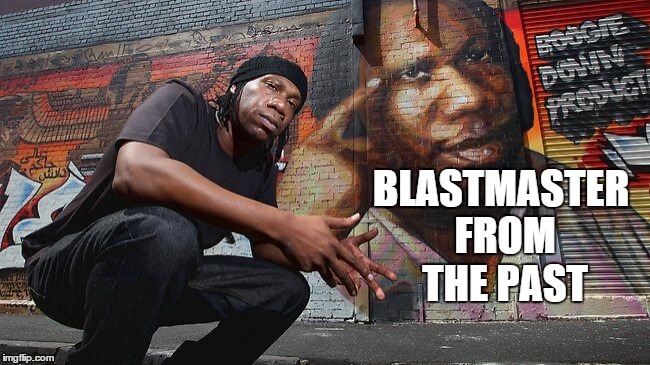 I haven’t had many opportunities to see live music in my life.  After skipping the social scene in high school (and having children early in my twenties), concerts just weren’t a high priority. However, that all changed one night in Orlando when my old friend from the Army surprised me with the news.  In the middle of the week, when my mood was the furthest thing from wanting to go out anywhere, he said the magic words that called me to action.

OH, IT’S ON.  Not only were he and I mad Hip Hop fiends, we definitely held The Teacher in high regard.  I personally was blown away the first time I saw Boogie Down Productions on the video My Philosophy, which had heavy rotation on The Box channel (the reincarnation of Video Jukebox).  Even in the land of Miami Bass, this young Orlandoan couldn’t get enough of Kris’ intelligent lyrics and dynamic delivery.  The beat, provided by a wicked electronic drum kit and a coy saxophone, just made the clever message that much more infectious. This led me to leave the butt shaking tunes behind in search of deeper, more conscious rap songs.

Being from the South, I had no idea that BDP was already one album deep.  Not only that, KRS and Scott LaRock had already put to bed a beef before I ever knew what a beef was.  If there is a better diss track out there than The Bridge is Over, then I don’t know what Hip Hop is.  The fact that KRS ravaged the entire Juice Crew over an indirect slight to his borough was just magical, setting up the blueprint and the gold standard for beef handling for decades.  And then there’s the beat; MY GOD THE BEAT.  Talk about having dancehall thrusted upon your innocent ears and never letting go.  It spoke to my soul, masterfully displaying how sampling could easily be a form of art.

Unfortunately, as I was looking for Scott LaRock’s presence on BDP’s second album, I discovered the tragic truth, foreshadowing the eerie presence of death with Hip Hop that still remains.  In the wake of his partner’s death, it would have been understandable if we had never heard from Kris ever again.  However, instead of allow himself to wallow in self pity without direction, somehow he came back even stronger than before.  In fact, BDP’s albums steadily got better and better with time, leading up to the eventual solo album and instant classic Return of the Boom Bap.

Whether he partners with other legends like DJ Premier, Pete Rock, Buckshot, etc… he always brings nothing but straight heat.  Even when he has dared to introduce fierce new acts like Channel Live and Mad Lion to the world, he STILL managed to rip a track like a hungry teenager on his first cameo.  He even made amends with Juice Crew heavyweight Marly Marl, resulting in the collaboration we all never knew we needed.

I know he’s ruffled a few feathers throughout his career from time to time, but to me that’s just Hip Hop.  The artform was never about being comfortablart former speaking truths from the street perspective.  Love him or hate him, he (like Hip Hop) will be here FOREVER.