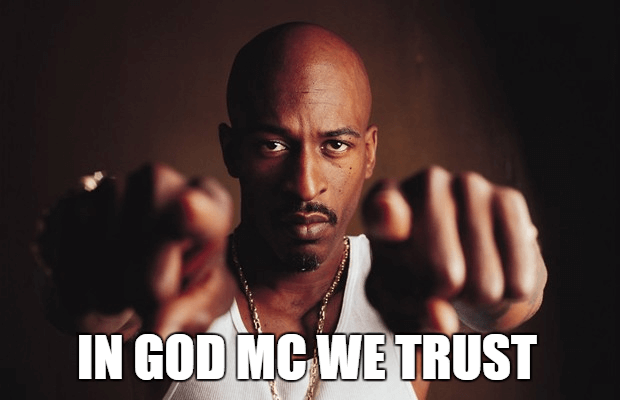 Like many summers, I used to play in an AAU basketball league back in the day when I lived in Eatonville, FL.  With games played in Cocoa Beach, the team would have to pile into the coaches’ cars to make the trip.  Besides the usual teenage BS, we were all just relaxing for those 45 minutes before we had to get serious for the game.  On one trip, the radio was somehow wrestled from our coach by one of my teammates, who acted as DJ with the few cassettes he had.  Nothing too distracting was allowed, as we were supposed to keep our minds right for the game.

However, all of that went out the window onto the freeway once I Ain’t No Joke came on.  The first bullet from the landmark album Paid In Full was incredible.  What kind of fresh heaven is this??  There was so much to take in at once.  Was I listening to an actual rapper or was this the naturally occurring sound a mic makes?  His voice was unlike anything else I had ever heard.  How many rhymes am I trying to keep up with in one sentence?  Sure, internal rhyming had been done all the way back in the Sugarhill Gang days, but nobody had done it at this level with such precision and effortlessness.  My teammate had a coy smile on his face, as he could tell that he had just dropped a hot one on my ill-prepared ears. I could barely articulate my thoughts, with my only inquiry finally coming in the form of “You say his name is Eric B??”

And there it was.  The strangest Hip Hop moniker I ever heard was permanently etched into my mind.  After that incredible introduction to him, I ended up scouring record stores for another fix from the God MC.  Luckily it would be less than a year before a second album was dropped, somehow being better than the first classic mushroom cloud.  I was still getting over I Know You Got Soul when the stunning Microphone Fiend came to challenge my mind even further.  If R’s lyrics didn’t make you want to strike a B-Boy stance as soon as it hits your ears, then you might have a negative soul.

No other MC has been more influential than Rakim, period.  Everyone’s top ten might be different, but nobody excludes The R from their list, as well as a plethora of other mic specialists that wouldn’t be there if Rakim hadn’t already blessed the mic.  Rakim’s unforced multisyllable flow almost seems miraculous, painting pictures as vivid as Picasso in one moment & destroying mic stands in the next.  If that weren’t heavy enough, it doesn’t appear as if he is incapable of running out of intricate bars.  As soon as it appeared that Rakim was fading into the background along with other “golden age” rap luminaries, he dropped a dense monster that said otherwise.

Paid in full?  More like played in full. Skip a track at your own peril.  It truly gets no better.