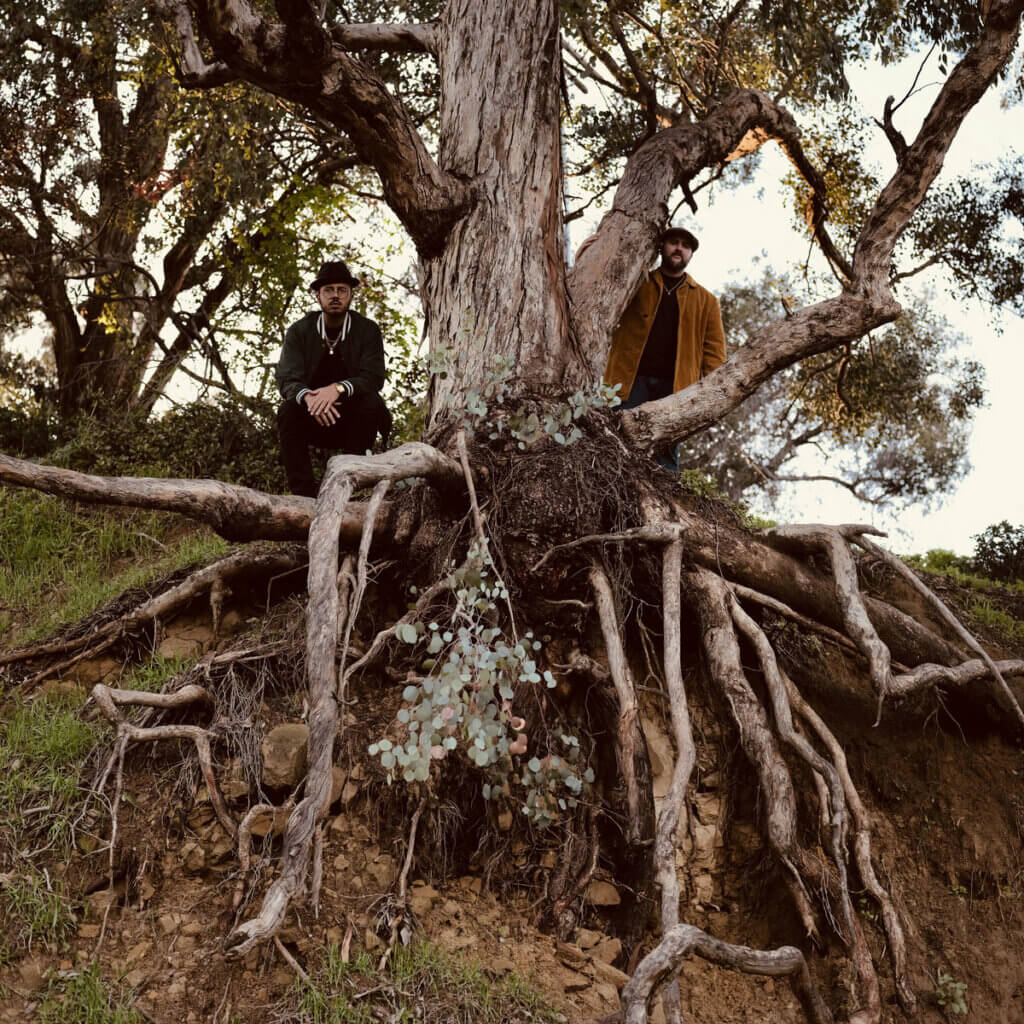 2020 marks eight years since Blu & Exile’s last full-length album Give Me My Flowers While I Can Still Smell Them, and 13 years since their classic collaborative debut Below The Heavens, one of the best albums released in 2007. Now the duo is back with double album Miles: From An Interlude Called Life (Miles for short), Blu & Exile third full-length collaboration. The title references jazz-legend Miles Davis, who gets multiple mentions/shout-outs throughout the album, as do lots of other jazz and other music legends. It’s clear Blu and Exile know and appreciate their musical history – this album is their tribute to that history and its legends.

When Blu is in top form, there are not a lot of artists out there better than him. Unfortunately, with a series of decent-at-best projects he hasn’t been in top form for large parts of his career. Most of his projects have been underwhelming, excepting of course Below The Heavens, and albums like Johnson&Jonson (2008, with Mainframe as Johnson&Jonson) which was pretty great, as were Give Me My Flowers While I Can Still Smell Them (2012) and last year‘s Oh No-produced A Long Red Hot Los Angeles Summer Night.

Where Blu has never been able to approach the level of awesomeness he reached with his monumental debut Below the Heavens, BTH arguably is Exile’s best production work too – even if he is responsible for a couple of more (near)classics, Boy Meets World (2009) with Fashawn and the underappreciated E&J (2014) with Johaz as Dag Savage most notable among them. 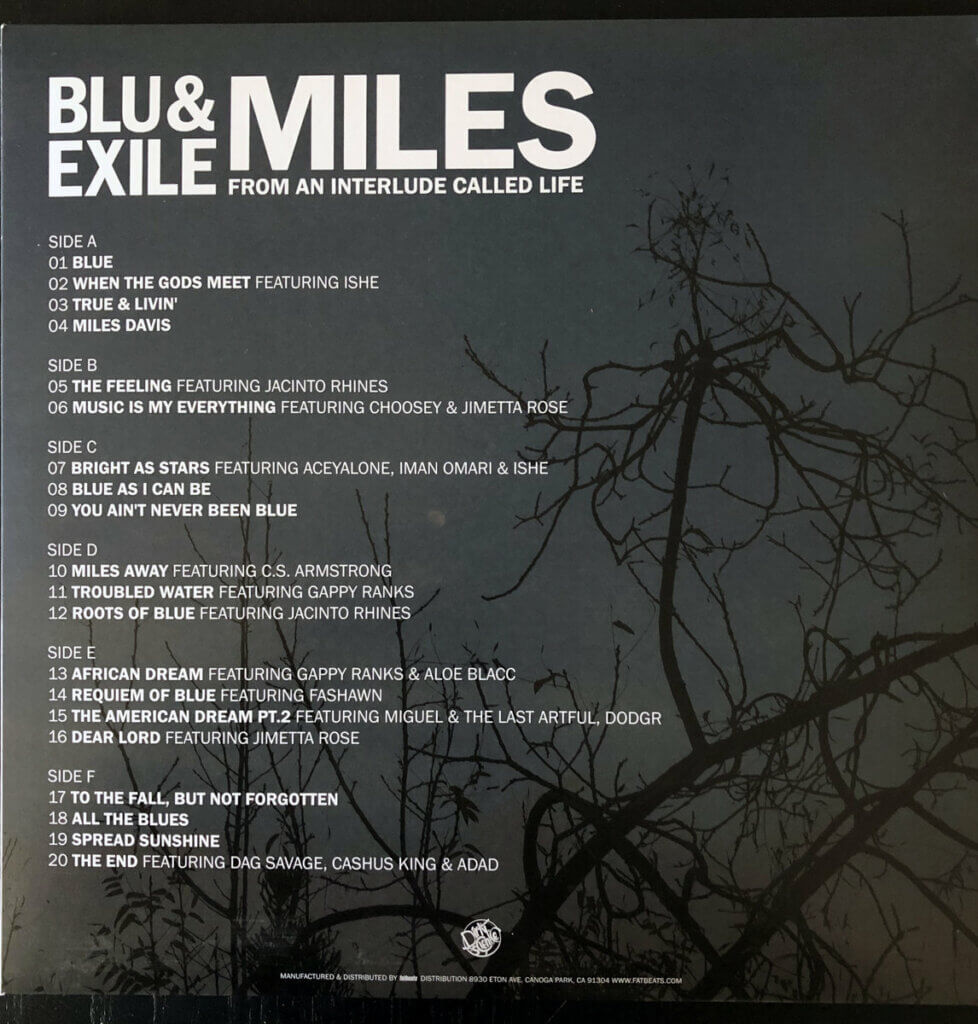 So, what bout Miles? Miles may not be quite as good as Below The Heavens is, but it’s definitely on par with Give Me My Flowers While I Can Still Smell Them, if not better. At 95 minutes the album is very long, but unlike most artists who try their luck on lengthy projects such as this one, Blu & Exile succeed in keeping things mostly fresh from start to finish – there’s little filler (some songs go on for a bit too long, maybe) to be found on Miles, which is kind of unique for a double album. Standout tracks include “When The Gods Meet”, “True & Livin'”, “Miles Davis”. “To The Fall, But Not Forgotten”, “Spread Sunshine”, and “The End”.

Despite its length and laidback vibes, Miles is a powerful album and another testament of Blu & Exile’s undeniable chemistry. 8/10 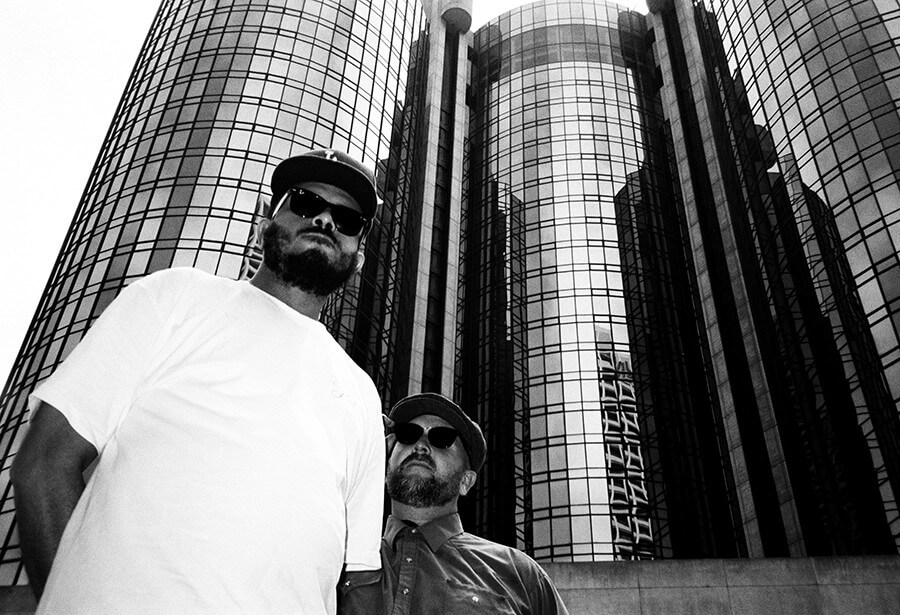