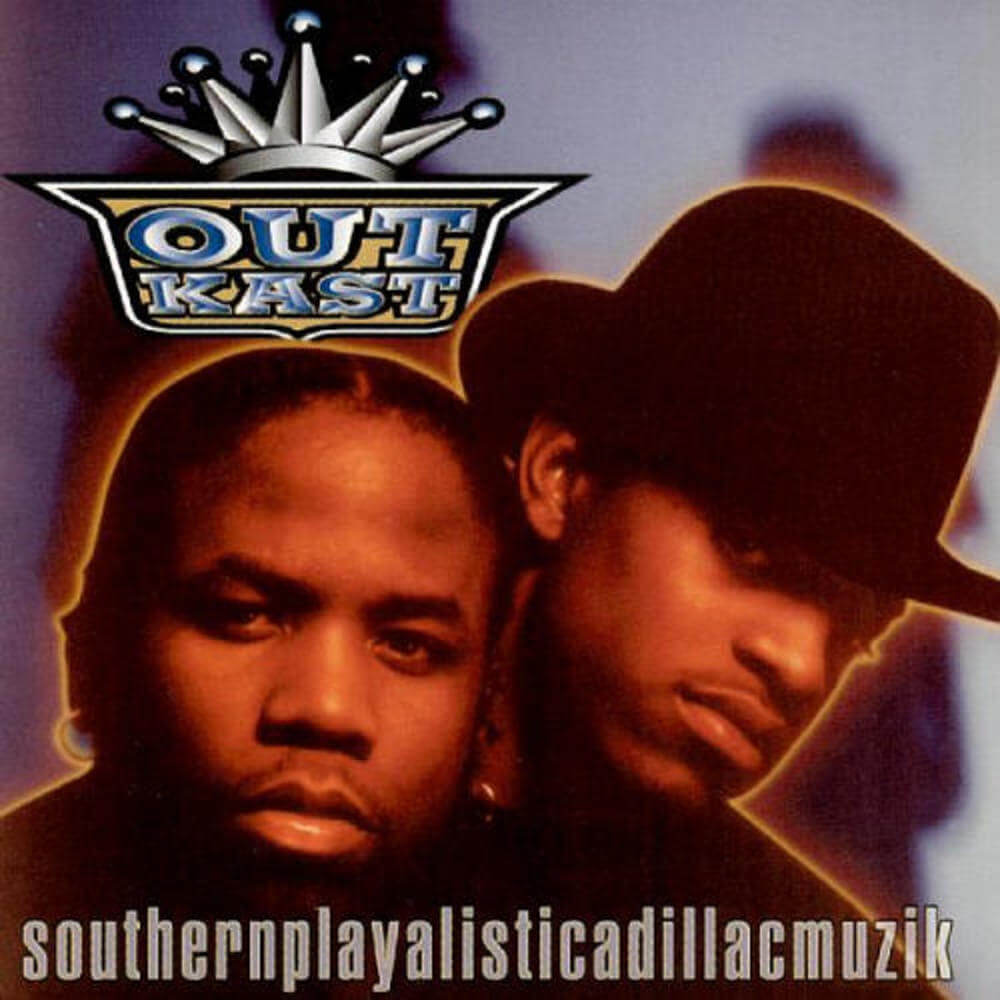 “Hallelujah hallelujah, ya know I do some things more different than I used ta”

Southernplayalisticadillacmuzik is the debut album of OutKast, released on April 26, 1994, by LaFace Records. After befriending each other in 1992, rappers André 3000 and Big Boi pursued recording music as a duo and worked with production team Organized Noize, which led to their signing to LaFace. The album was produced by the team and recorded at the Dungeon, D.A.R.P. Studios, Purple Dragon, Bosstown, and Doppler Studios in Atlanta.

A Southern Hip Hop album, Southernplayalisticadillacmuzik features live instrumentation in its Hip Hop production and musical elements from funk and soul genres. Wanting to make a statement about urban life as an African American in the South, OutKast wrote and recorded the album as teenagers and addressed coming of age topics with the album’s songs. They also incorporated repetitive hooks and Southern slang in their lyrics.

The album peaked at number 20 on the Billboard 200, on which it charted for 26 weeks, and was eventually certified platinum in the United States. It was promoted with three singles, including “Player’s Ball“, which helped create buzz for the album. Upon its release, Southernplayalisticadillacmuzik received positive reviews from music critics and helped distinguish Southern Hip Hop as a credible Hip Hop scene, amid East Coast and West Coast Hip Hop’s market dominance. The album has since been viewed as a classic in both Hip Hop and Atlanta’s music scene. (Wikipedia)