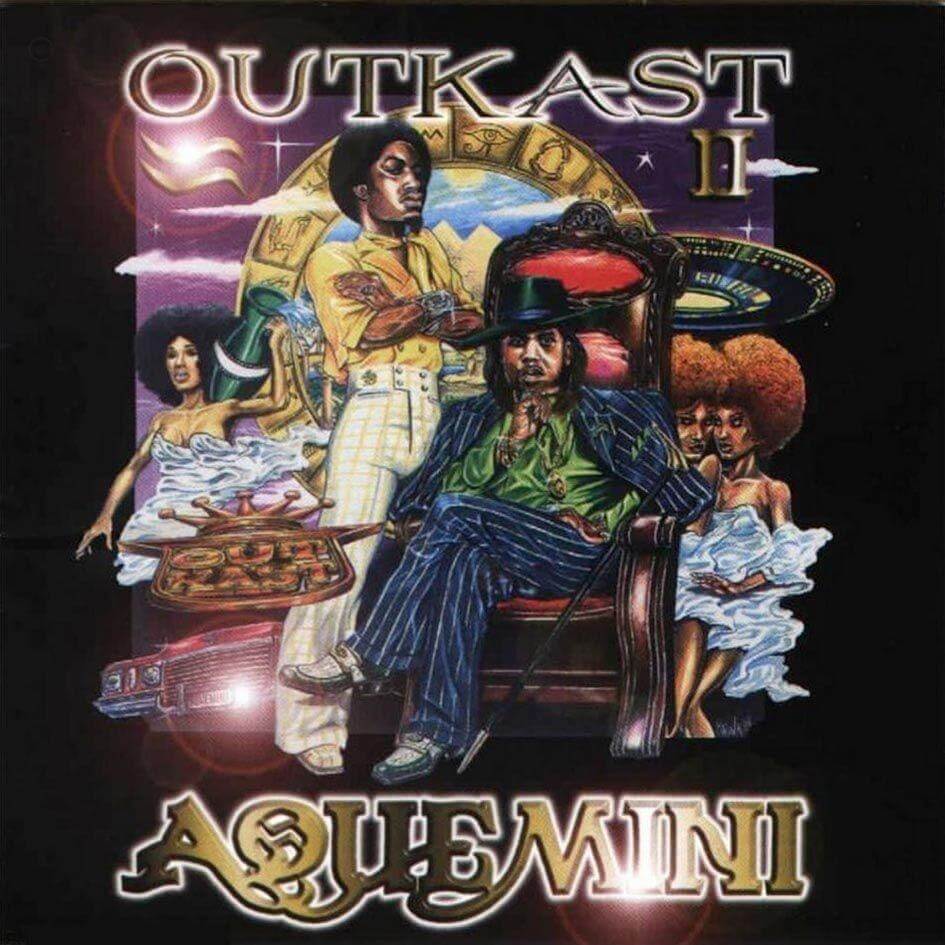 “Many a day has passed, the night has gone by - but still I find the time to put that bump off in your eye”

Return Of The 'G' (featuring Lil Will)

Skew It On The Bar-B (featuring Raekwon)

Aquemini is the third studio album by American Hip Hop duo OutKast, released on September 29, 1998 through LaFace Records. The title is a portmanteau of the two performers’ Zodiac signs: Aquarius (Big Boi) and Gemini (André 3000), which is indicative of the album’s recurring theme of the differing personalities of the two members. The group recorded the majority of the album in Bobby Brown’s Bosstown Recording Studios and Doppler Studios, both in Atlanta, Georgia.

Released as the follow-up to the duo’s 1996 album ATLiens, Aquemini expands on the previous record’s outer space-inspired compositions by incorporating live instrumentation. The commercial success of ATLiens allowed for more creative freedom for the group, which led to the members self-producing the majority of the tracks. The band employed a large number of musicians for the album, who frequently entered and exited the studio throughout the recording process and had a major influence on the writing development of the album’s songs. Lyrically, Aquemini explores various themes including human nature, addiction, and interpersonal relationships.

The album was certified platinum in November 1998, only two months after its release, and was certified double platinum on July 2, 1999 by the Recording Industry Association of America. Aquemini peaked at number two on both the Billboard 200 and the Top R&B/Hip Hop charts. Four of the album’s tracks had already or would later become singles, although some were limited (promotional) releases and not available commercially. The record also received rave reviews from music critics, who praised the album’s musicality and unique lyrical themes. It was ranked at number 500 in the book version of Rolling Stone’s 500 Greatest Albums of All Time. (Wikipedia)