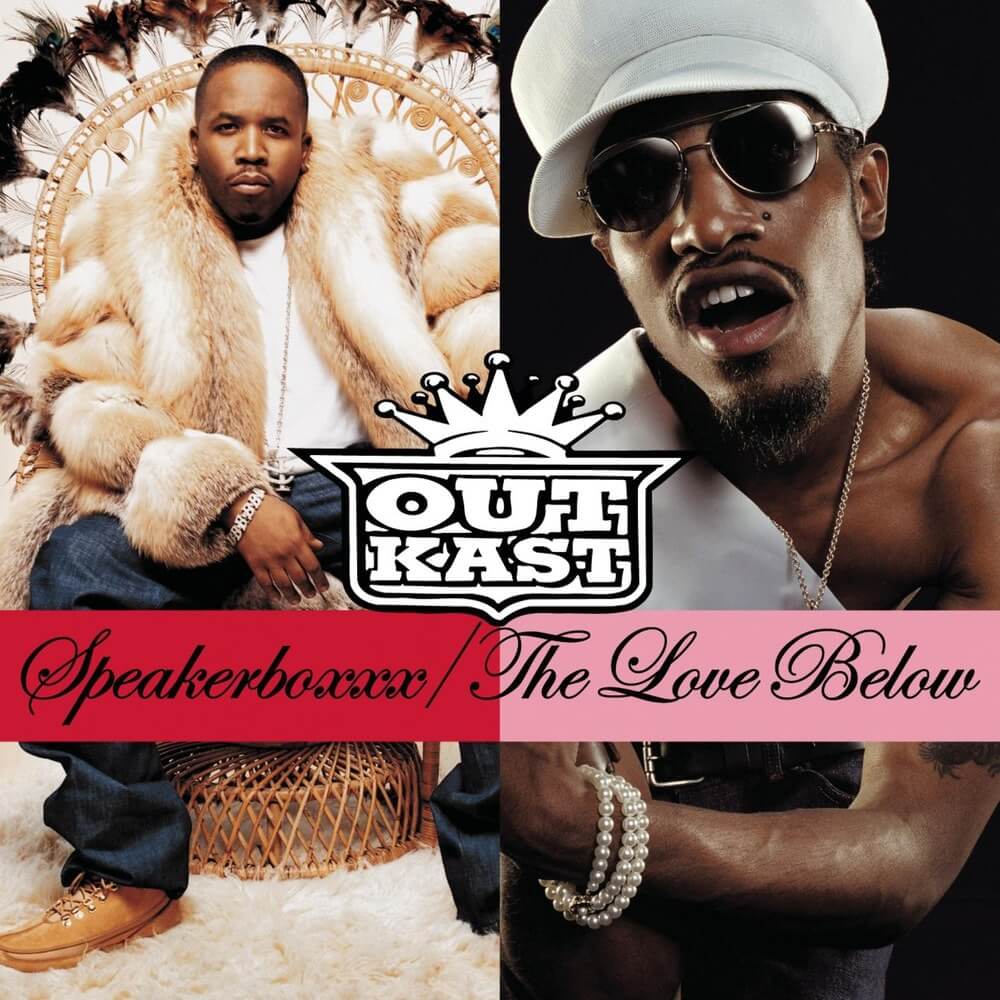 Tomb Of The Boom (featuring Konkrete, Big Gipp and Ludacris)

The Love Below (Intro)

Where Are My Panties?

She Lives in My Lap (featuring Rosario Dawson)

A Life in the Day of Benjamin André (Incomplete)

Speakerboxxx/The Love Below is the fifth studio album by American Hip Hop duo OutKast, released September 23, 2003 on LaFace Records. Issued as a double album, its playtime of more than two hours is distributed over solo albums from each of the group’s members. Speakerboxxx is the solo project of Big Boi and a Southern Hip Hop album with a P-Funk influence, while André 3000‘s The Love Below features psychedelic, pop, funk, electro, and jazz styles.

Speakerboxxx/The Love Below received widespread acclaim from music critics, who praised the consistency of Big Boi’s Speakerboxxx and the eclectic musical style of André 3000’s The Love Below. The album was supported with the hit singles “Hey Ya!” and “The Way You Move”, which both reached number one on the US Billboard Hot 100, and the top five hit “Roses”. Speakerboxxx/The Love Below has been certified diamond and 11 times platinum by the Recording Industry Association of America for shipping more than 11 million units (in this case, 5.5 million double album sets, which are double-counted by the RIAA).