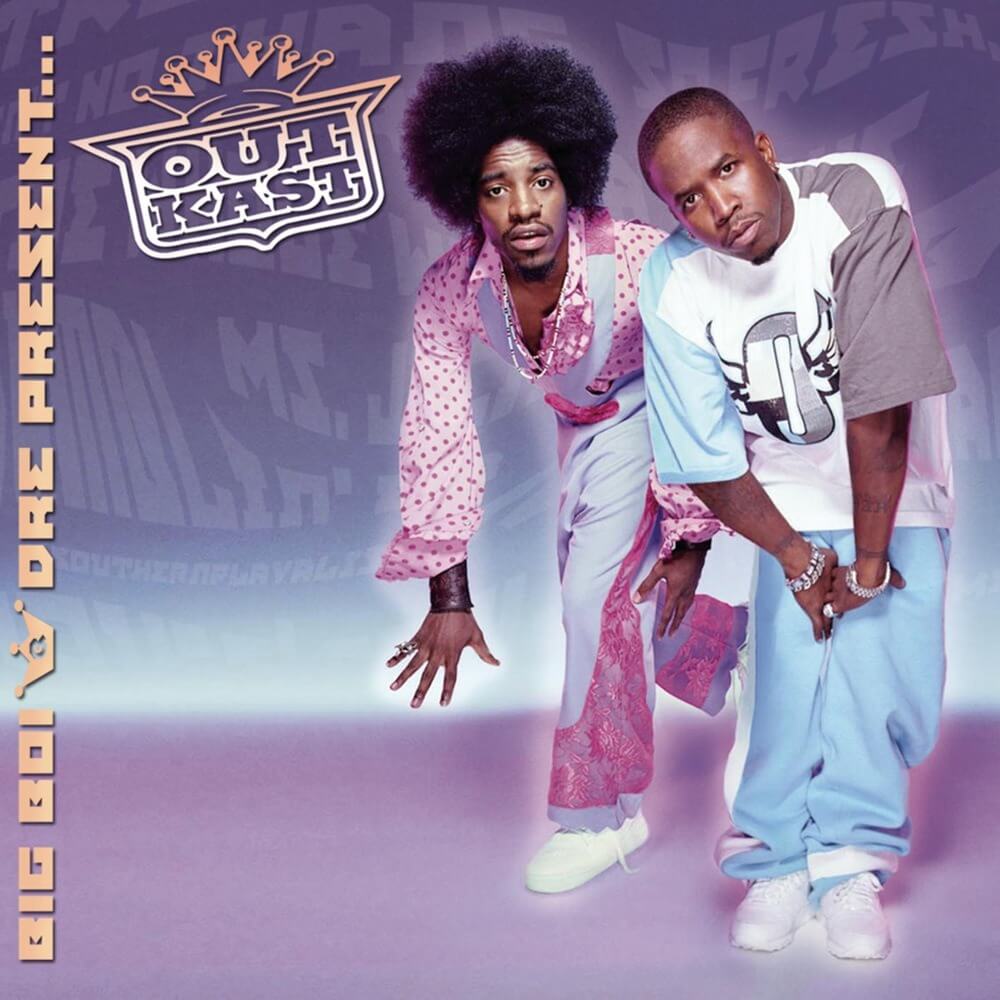 “Take a little trip, hater pack up yo' mind, look forward not behind, then you'll see what you find”

So Fresh, So Clean

Big Boi and Dre Present… OutKast is the first OutKast greatest hits album, released on Arista Records in 2001. The compilation consists of five tracks from Southernplayalisticadillacmuzik, one from ATLiens, and three each from the break-out albums Aquemini and Stankonia.

There are three new tracks: “The Whole World” featuring Killer Mike, “Movin’ Cool (The After Party)” featuring Joi, and “Funkin’ Around”. In addition, “Ain’t No Thang”, “Southernplayalisticadillacmuzik”, “Aquemini”, “Git Up, Git Out”, “Ms. Jackson”, “Rosa Parks”, “SpottieOttieDopaliscious”, and “B.O.B (Bombs Over Baghdad)” differ from the album versions. It also omits some songs which were released as singles, notably all but one from ATLiens. However, the title track from the album is mentioned as being included on this compilation in the essay contained in the booklet, but is not actually included. It is assumed it was dropped at a late stage of the compilation’s production. The album reached Platinum status and reached a peak of #18 on the Billboard 200. (Wikipedia)