“Appetite for Destruction” is a single N.W.A, from their 1991 album, Niggaz4Life.

It was the first of two singles from the album, with “Alwayz Into Somethin’” succeeding it. The song also appeared on The Best of N.W.A: The Strength of Street Knowledge. The music video featured members of N.W.A robbing a bank in a 1920s setting. 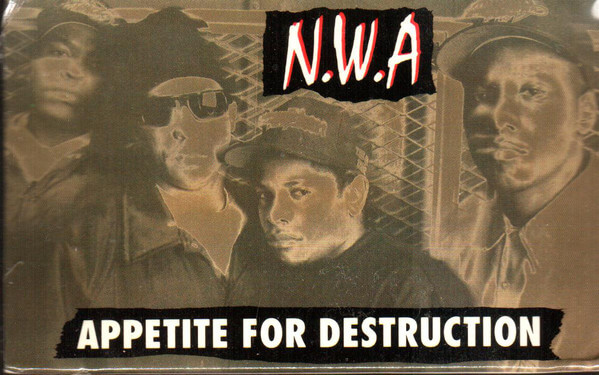