“Brenda’s Got a Baby” is the solo debut single by Tupac Shakur, and the tenth track from his debut album, 2Pacalypse Now.

The song, which features R&B singer Dave Hollister, is about a twelve-year-old girl named Brenda who lives in a ghetto, has a baby, and is incapable of supporting it. The song explores the issue of teen pregnancy and its effect on young mothers and their families. Like many of Shakur’s songs, “Brenda’s Got a Baby” draws from the plight of the impoverished. Using Brenda to represent young mothers in general, Shakur criticises the low level of support from the baby’s father, the government, and society in general. Shakur wrote the song when he read a newspaper article about a twelve-year-old girl who became pregnant from her cousin and threw the baby in a trash compactor. (Wikipedia) 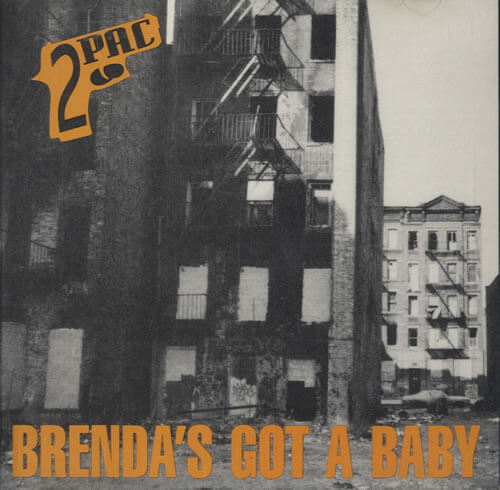