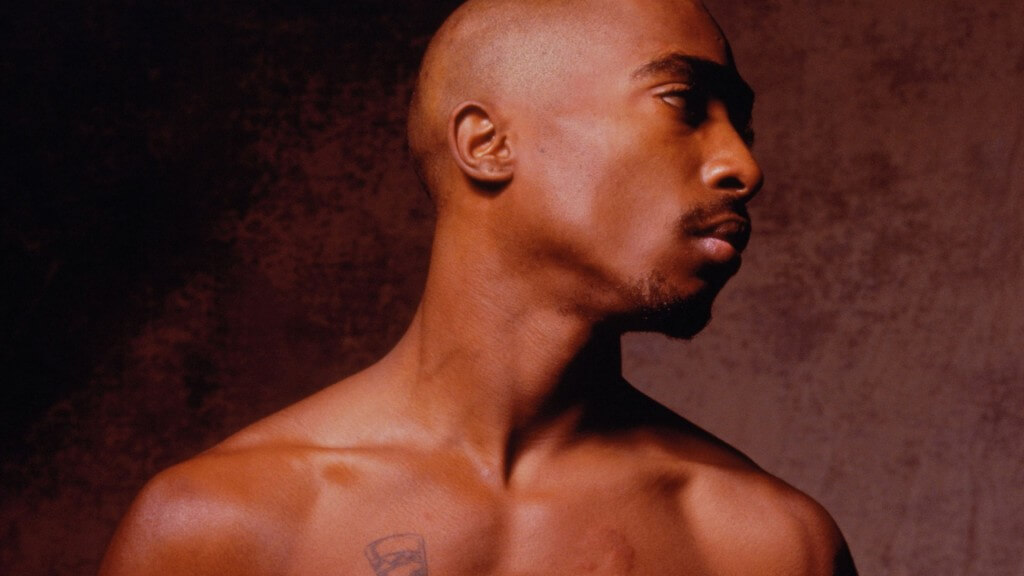 Tupac Amaru Shakur: poet, rapper, actor – ICON. Few, if any, have made an impact on the Hip Hop world as big and lasting as 2Pac has. Forever immortalized in his prime, no one will ever be able to touch his legendary status and most likely his legend will only continue to grow as the years pass. With over 75 million records sold worldwide, to this day he remains the biggest-selling rap artist ever. With a catalog as deep as 2Pac’s and filled with so many classic singles, selecting only 15 will inevitably leave out a lot of fan favorites. This is our top 15 2Pac songs – if you (dis)agree, discuss in the comments! 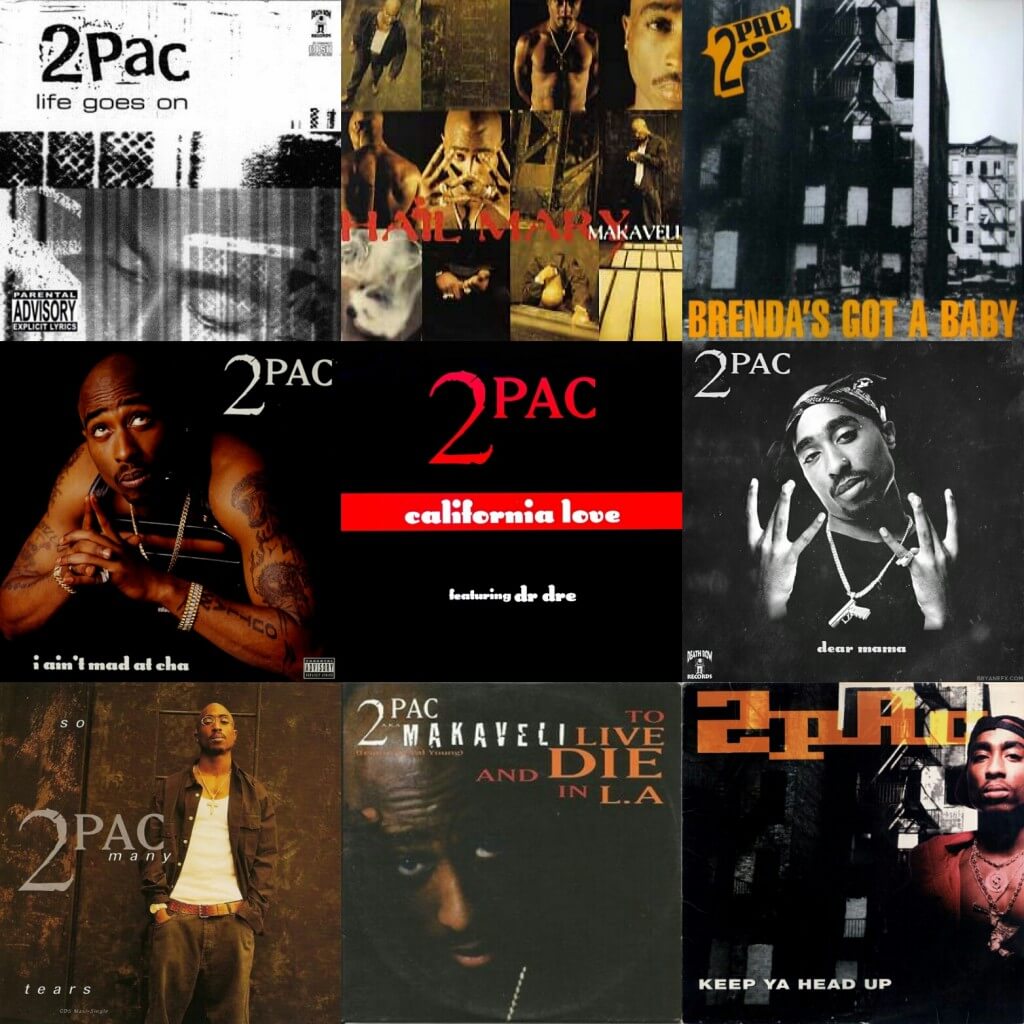 “Bury me smilin’, with G’s in my pocket / Have a party at my funeral, let every rapper rock it”

Trademark 2Pac, this song has him reflecting on life and death of others as well as his own. Typical subject matter for 2Pac, but emotional and powerful nonetheless.

“Learn to survive in the nine-tre‘ / I make rhyme pay, others make crime pay / Whatever it takes to live and stand / Cause nobody else’ll give a damn / So we live like caged beasts / Waitin for the day to let the rage free / Still me, till they kill me / I love it when they fear me…”

The first single from his second studio album, Strictly 4 My N.I.G.G.A.Z. Not only because of the Rebel Without A Pause sample, this track almost sounds like a Public Enemy song – it’s a call to resistance and addresses topics like black poverty and police brutality.

“And for the first time everybody let go / And the streets is death row, I wonder if heaven got a ghetto…”

One of 2Pac’s many posthumous releases, this one came out in 1997, one year after his death. It is also one of Pac’s many songs in which he ponders his own death. It has some of the same lyrics Changes – another posthumously released banger – would use a year later. The more radio-friendly Changes could have (and maybe should have) been included in this top 15 as well, we picked this one, however.

“So many battlefield scars while driven in plush cars / This life as a rap star is nothing without guard / Was born rough and rugged, addressing the mass public / My attitude was “f*** it”, cause motherf***ers love it”

The opening track to 2Pac’s magnum opus All Eyez On Me. Dark, meaningful and with one of the best beats in history – one of the slept-on songs in 2Pac’s discography. The perfect opener to a classic album.

“Finger tips on the hips as I dip, gotta get a tight grip, don’t slip / Loose lips sink ships, it’s a trip / I love the way she licks her lips, see me jocking / Put a little twist in her hips cause I’m watching…”

2Pac was not always angry, contemplative or heavy-handed. This is a perfect example of a party song done right. With help from his Digital Underground buddies Shock G and Money B, Pac shows us he ‘gets around’.

“Penitentiaries is packed with promise-makers / Never realize the precious time that b*tch n****s is wasting / Institutionalized, I live my life a product made to crumble / But too hardened for a smile, we’re too crazy to be humble…”

Another contemplation of his life, this track – featuring The Outlawz – was the last single to be released from The Don Killuminati: The 7 Day Theory Makaveli album.

“They got me trapped / Can barely walk the city streets / Without a cop harassing me, searching me / Then asking my identity / Hands up, throw me up against the wall / Didn’t do a thing at all…”

“Remember popping and locking to Kurtis Blow, the name belts / And Scott La Rock the Super Hoe back in Latin Quarters / When Slick Rick was spittin La Di Da Di / Gaming the hoochies at the neighborhood block parties”

“Out on bail, fresh out of jail, California dreaming…”

2Pac’s comeback single after his release from prison in 1995. Also his first single release as a part of Death Row Records. This collaboration with Dr. Dre is one of his biggest hits, partly because of the Mad Max-like video. California Love always was a hate-it or love-it kind of song for a lot of people, but there is no denying the timelessness of this track. Throw it up ya’ll, throw it up, throw it up!

“I hear Brenda’s got a baby / But Brenda’s barely got a brain / A damn shame, the girl can hardly spell her name…”

A poignant social commentary on teen pregnancy, (domestic) abuse and lacking social structures in the ghetto. Brenda’s Got A Baby was 2Pac’s debut single and a perfect introduction of what he was capable of. Powerful stuff.

“I can’t even lie, cause I ain’t laughin at cha / You trying hard to maintain, but go ahead / Cause I ain’t mad at cha…”

The catchy piano laced background melody perfectly enhances Pac’s emotional lyrics on one of his biggest hits, the last one under the name 2Pac (before switching to the Makaveli moniker). Ironically, the song was the first one to be released after his death and has 2Pac taking a trip down memory lane and making peace with some people from his past. The accompanying video has 2Pac being shot dead after leaving a hotel and entering heaven, to be received by legends as Marvin Gaye, Bob Marley, and Jimi Hendrix. Prophetic indeed.

“To live and die in L.A., where every day we try to fatten our pockets / Us n****s hustle for the cash so it’s hard to knock it / Everybody got they own thang, currency chasin’ / Worldwide through the hard times, worrying faces…”

“Back in elementary, I thrived on misery / Left me alone I grew up amongst a dying breed / Inside my mind couldn’t find a place to rest / Until I got that Thug Life tatted on my chest…”

Arguably one of 2Pac’s most emotional and depressing songs (and that’s saying something). Meaningful, haunting and deep, So Many Tears in an underrated classic.

Being a central part of the gangsta rap culture, 2 Pac was no stranger to misogyny in his lyrics. He had another side too, however. This uplifting song is all about betterment for women. The interpolation of The Five Stairsteps’ brilliant “O-o-h Child” makes for a more than pleasing instrumental too.

“There’s no way I can pay you back, but the plan / Is to show you that I understand / You are appreciated…”

2Pac was able to switch from a violent thug to an intelligent, sensitive guy like no other. Dear Mama is a heartfelt tribute to his mother and one of Pac’s most celebrated and most famous songs.