Is there anybody out there who does not love the Beastie Boys and their music? With a catalog so deep and filled with so many quality songs, a lot of them have to be excluded when selecting only 15. But anyway, these are OUR top 15 Beastie Boys songs – if you miss YOUR favorites let us know in the comments! 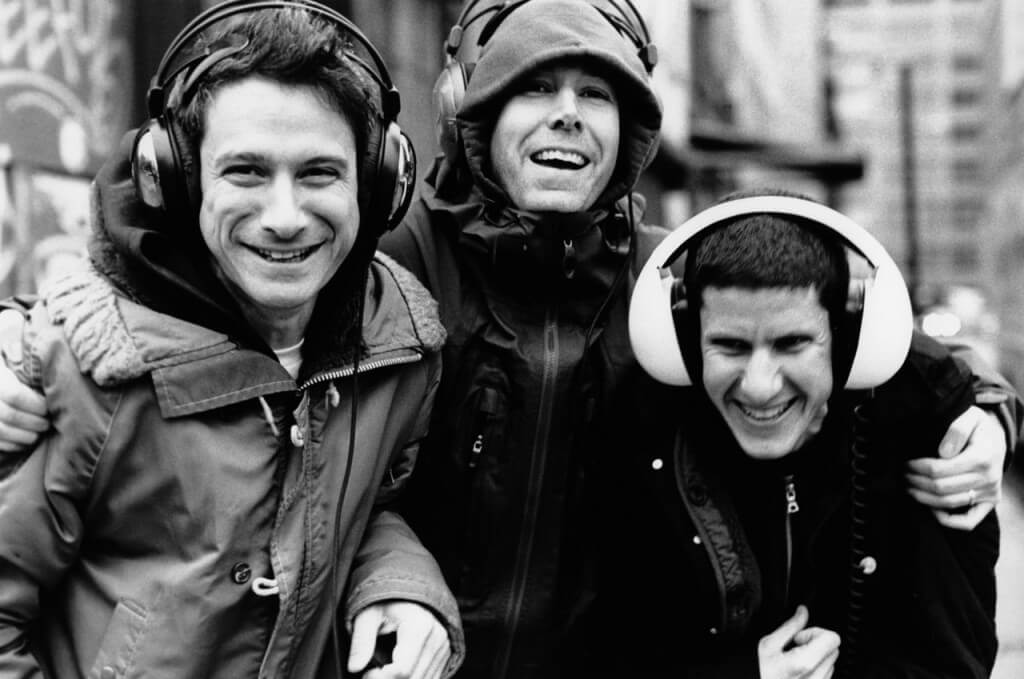 “How many rappers must get dissed / Gimme eight bars, and watch me bless this / I start to reminisce, ooh, when I miss / The real Hip Hop with which I persist…”

What do you get when the Beastie Boys and legendary emcee Nas join forces? You get a dope track with a message that can’t be repeated enough: “Too many rappers, and there’s still not enough MCs”

“So many wack emcees, you get the TV bozak / Ain’t even gonna call out your names, cause you’re so wack / And one big oaf, who’s faker than plastic / A dictionary definition of the word spastic…”

Kind of unique in the Beasties’ catalogue in that Adrock, Mike D and MCA each do one complete verse instead of bouncing their rhymes of each other as they usually do. Take special note of MCA’s verse in which he casually destroys 3rd Bass’ MC Serch.

“All you Trekkies and TV addicts / Don’t mean to dis, don’t mean to bring static / All you Klingons in the f***ing house / Grab your backstreet friend and get loud…”

Ch-Check It Out is one of the stand-out tracks from the underrated To The 5 Boroughs album. Classic Beastie Boys, has Adrock, Mike D and MCA trading rhymes in their trademark style.

“People how you doin’, there’s a new day dawnin’…”

The perfect opening track to the Beasties third album Check Your Head. Loosely intended as a tribute to Jimi Hendrix, this track is all about the instrumental, which is dirty, funky and hard at the same time and 100% infectious. Never gets old.

“I’m rolling down the hill, snowballing, getting bigger / An explosion in the chamber, the hammer from the trigger / I seen him get stabbed, I watched the blood spill out / He had more cuts than my man Chuck Chillout…”

The Beastie Boys’ collaboration with producers The Dust Brothers resulted in the creation of one of the most innovative and sample-heavy albums ever. Looking Down The Barrel Of A Gun is just one of the brilliant tracks from the 1989 masterpiece Pauls Boutique.

This track was and still is HARD – you can’t front on that.

The Beastie Boys always had the knack for picking the perfect album opener. Sure Shot is no exception and nicely sets the tone for their 1994 classic Ill Communication.

“Steal from the rich and I’m out robbing banks / Give to the poor and I always give thanks / Because I’ve got more stories than J.D.’s got Salinger / I hold the title and you are the challenger…”

After a few earlier singles (most notably the banging She’s On It), the Beastie Boys exploded on the scene in 1986 with the all-time classic album “Licensed To Ill“. Fun, humorous, rebellious, infectious and energetic – to this day it’s a fan favorite and an album you just have to love. This track has the Beasties in top form and is one of the stand-outs, but we could have picked a number of other songs of this album just as easily.

That video. Simply brilliant and a perfect companion to this banging track, probably one of the Beastie Boys’ most celebrated in a catalog full of classics.

“If you try to knock me, you’ll get mocked / I’ll stir fry you in my wok / Your knees will start shaking and your fingers pop / Like a pinch on the neck from Mr. Spock”

This monster track is the first single from the Beastie Boys’ fifth studio album Hello Nasty. Another typically brilliant video accompanies one of the Beasties’ biggest hits.

“Three MCs and one DJ / We be getting down with no delay / Mix Master Mike, what’cha got to say?”

A tribute to Mix Master Mike’s DJ skills, truly a beast on the turntables. As usual with Beastie Boys visuals, the 1-shot video is brilliant and captures that old school Hip Hop basement vibe perfectly. Scratching and rhyming – straight up Hip Hop.

“Let’s rock this joint in the old school way” That line perfectly describes this track, the first single of the Beastie Boys’ third album Check Your Head. Hip Hop perfection.

“Now here’s a little story I’ve got to tell / About three bad brothers you know so well / It started way back in history / With Ad-Rock, M.C.A. (and me) Mike D”

The bass-line and reverse beat on this song are just crazy. Co-written by Run DMC and Rick Rubin, the song is a fictional and humorous account of how the Beastie Boys met.