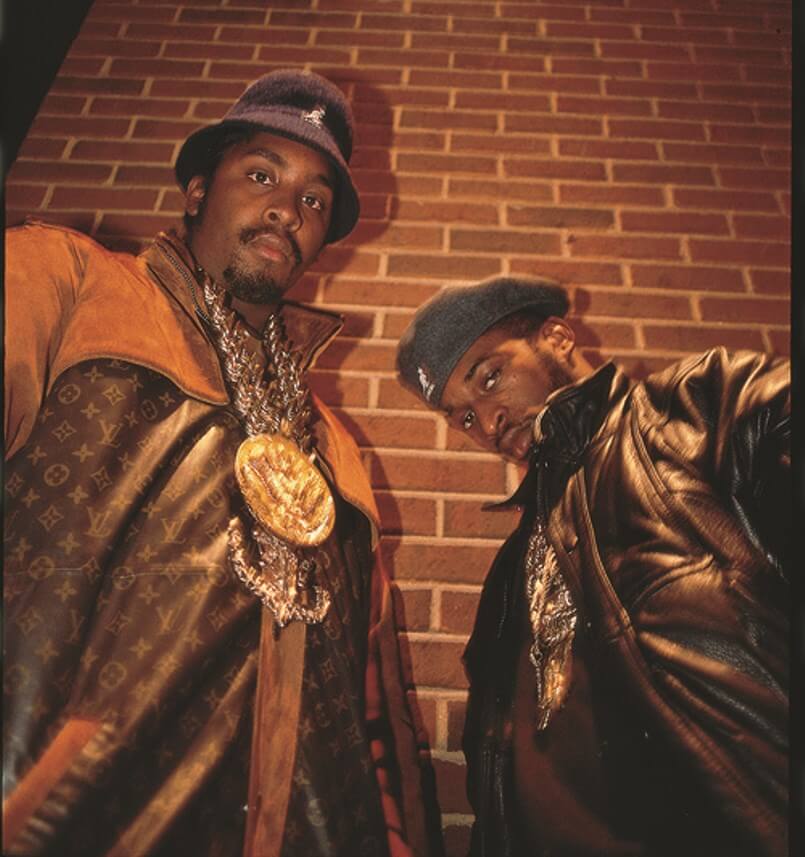 Eric B & Rakim will forever be celebrated as one of Hip Hop’s most illustrious and most important duos. Their seminal 1987 debut Paid In Full was hugely influential in maturing and changing the direction of Hip Hop, musically and especially lyrically. Rakim’s lyricism was unprecedented and even now virtually unequaled. Between 1987 and 1992 Eric B & Rakim dropped four classic albums – Paid In Full, Follow The Leader, Let The Rhythm Hit Em, and Don’t Sweat The Technique – from these albums we have compiled our top 15 Eric B & Rakim songs.

Agree? Disagree? Discuss in the comments!

“Thinking of a master plan / Cause ain’t nothing but sweat inside my hand / So I dig into my pocket, all my money spent / So I dig deeper, but still coming up with lint…”

The memorable bass line and Rakim’s classic bars – the most potent one verse ever – assure that this song is one of the most recognizable joints in the history of Hip Hop. Who doesn’t have the words to this one memorized?

14. Put Your Hands Together

“I create em, take em, shake em, then make em clap to this / Most of you rappers, can’t even rap to this / I made it faster, you tried to master / Syncopated styles, words flowin’ after / Measures of metaphor definitions of more than one / Take it both ways, I’ll be here when you’re done….”

Eric B & Rakim’s second album Follow The Leader opening trio of songs – Follow The Leader / Microphone Fiend / Lyrics Of Fury – are so strong (arguably one of the greatest album-opening salvos ever), that the rest of the album may pale in comparison a little bit. The rest of the album contains some absolute bangers as well, though. No Competition, Musical Massacre, To The Listeners and especially this one are favorites too. Rakim’s trademark grade A rhyming over an uptempo backdrop – classic material.

This track shows us Rakim at his hardest. It’s an unapologetic warning to all emcees who dare step to him – they will get punished. Filled with metaphors, similes and vivid imagery, this is Rakim at his bragging best.

For some reason, this song is always forgotten in lists like this one. It shouldn’t be, though. The deep bassline perfectly complements Rakim’s clever lyrics, which are inventive and innovative as always.

“Let’s trace the hits and check the file / Let see who bit to detect the style / I flip the script so they can’t get foul / At least not now, it’ll take a while / I change the pace to complete the beat / I drop the bass to MC’s get weak / For every word they trace it’s a scar they keep / Cause when I speak, they freak to sweat the technique…”

Just another little reminder from Rakim who’s no. 1. In an uncharacteristically jazzy track, Rakim yet again rhymes about rapping and lays down the law for any emcee out there trying to compete.

“Some of you been trying to write rhymes for years / But weak ideas irritate my ears / Is this the best that you can make / Cause if not and you got more, I’ll wait / But don’t make me wait too long cause I’m a move on / The dancefloor when they put something smooth on / So turn up the bass, it’s better when it’s loud / Cause I like to move the crowd…”

Rakim took braggadocious rhyming to a new level by adding an intellectual veneer to it all – nobody could say “I’m the best” the way Rakim did, dismissing all competition casually and effortlessly and always without the use of profanity.

“I learn to relax in my room and escape from New York / And return through the wound of the world as a thought / Thinkin how hard it was to be born / Me bein cream with no physical form / Millions of cells with one destination / To reach the best part as life’s creation / Nine months later, a job well done / Make way, cause here I come…”

“I came in the door, I said it before / I never let the mic magnetize me no more / But it’s biting me, fighting me, inviting me to rhyme / I can’t hold it back, I’m looking for the line…”

Produced by Marley Marl, this is another landmark Hip Hop song. The opening bars are among the most quoted in Hip Hop and the production is supremely creative and diverse.

“…The scene of a crime every night at the show / The fiend of a rhyme on the mic that you know / It’s only one capable, breaks the unbreakable / Melodies unmakable, pattern unescapable…”

A powerful display of lyrical mastery. Complex rhyme schemes, internal rhyming, spitfire delivery, breath control – all on the highest level here. The dark and chaotic backdrop on this track only enhances Rakim’s power on the mic. “A performance never again performed on a mic” – WORD!

Taken from the ‘Juice’ movie soundtrack and from their fourth and final album Don’t Sweat The Technique, this track tells the story of a young thug trying to make it on the streets. Hard-hitting beats and lyrics – a perfect soundtrack to the movie starring a young Tupac Shakur.

“Of the arsenal, I got artillery, lyrics of ammo / Rhymes are rhythm, venom or give em piano / Bring a bullet-proof vest, nothing to ricochet  / Ready, aim at ya brain, that’s what the trigger say…”

On their underrated third album Let The Rhythm Hit Em Eric B & Rakim came with a denser and darker sound than they had on their previous two albums, aided with production work from Large Professor and the late Paul C. This track is a perfect example of Eric B.’s (or rather Paul C’s) haunting beats complemented by Rakim’s flawless flow & delivery – nobody ever did it better.

“I ain’t no joke, I used to let the mic smoke / Now I slam it when I’m done and make sure it’s broke / When I’m gone, no one gets on cause I won’t let / Nobody press up and mess up the scene I set”

BOOM! This is what an opening track should sound like. Rakim immediately sets the tone for the rest of the album (and his career) with this brilliant track. No joke indeed.

“Follow me into a solo, get in the flow / And you can picture like a photo / Music mix, mellow maintains to make / Melodies for emcees, motivates the breaks…”

Five minutes of lyrical perfection. Together with Lyrics of Fury, perhaps one of the best examples of how advanced Rakim was with his lyricism. Listen to it and then listen to it again and let it sink in. Rakim will take the listener on a metaphorical trip into outer-space and then back into the listener’s head. A lyrical masterpiece.

Another Marley Marl produced classic with Rakim spitting elite bars over a hypnotic, slow and hard-ass beat. The rhyming and wordplay here are absolutely amazing and classic if only for the ‘7 emcees’ bars, which are among the most notable in Hip Hop EVER.

“I was a fiend… before I became a teen / I melted microphone instead of cones of ice cream / Music orientated so when Hip Hop was originated / Fitted like pieces of puzzles, complicated”

This beat. These lyrics. PERFECTION.

Strangely the single release of this track wasn’t a huge success in 1988, but since then this track has come to be recognized not only as the quintessential Eric B & Rakim song but as one of Hip Hop’s biggest songs as well. At least, that’s HHGA’s word. What’s yours?