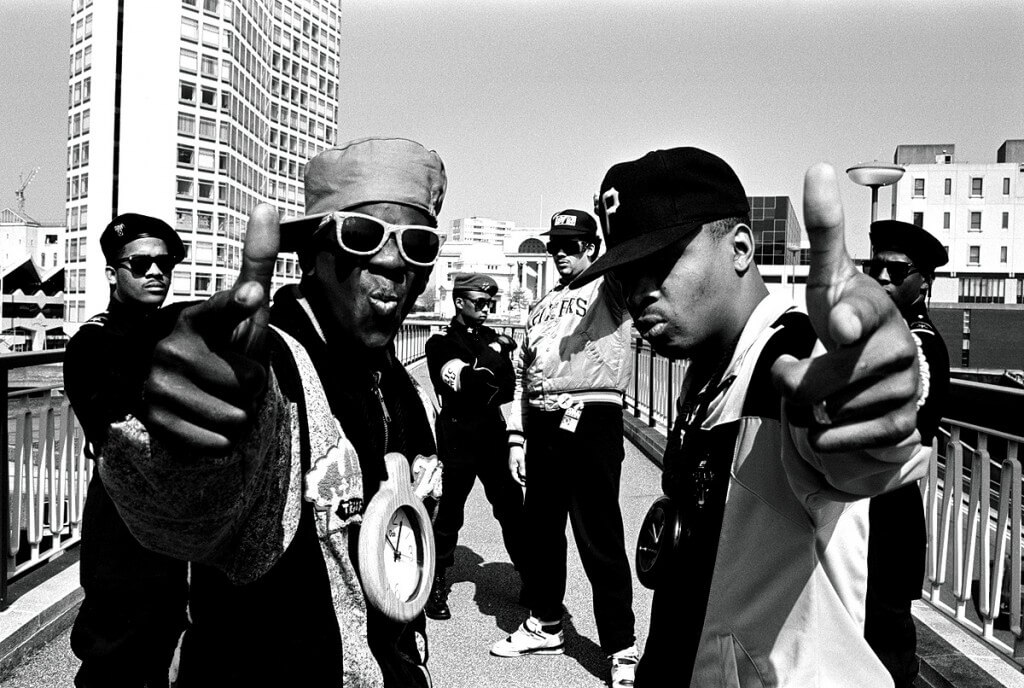 Ever since they exploded on the scene in 1987, Public Enemy has been one of the most influential and powerful forces in Hip Hop. Over 30 years of nearly constant world-touring has secured their status as one of the best and most impactful (live)acts in Hip Hop ever. Three decades of recording grade-A Hip Hop has produced countless classic songs. For this particular selection of best Public Enemy songs we will limit ourselves to our favorite period in Hip Hop and only consider tracks from Public Enemy’s first four albums (Yo! Bum Rush The Show (1987), It Takes A Nation Of Millions To Hold Us Back (1988), Fear Of A Black Planet (1990) & Apocalypse 91… The Enemy Strikes Black (1991). So here it is: our top 15 Public Enemy songs. 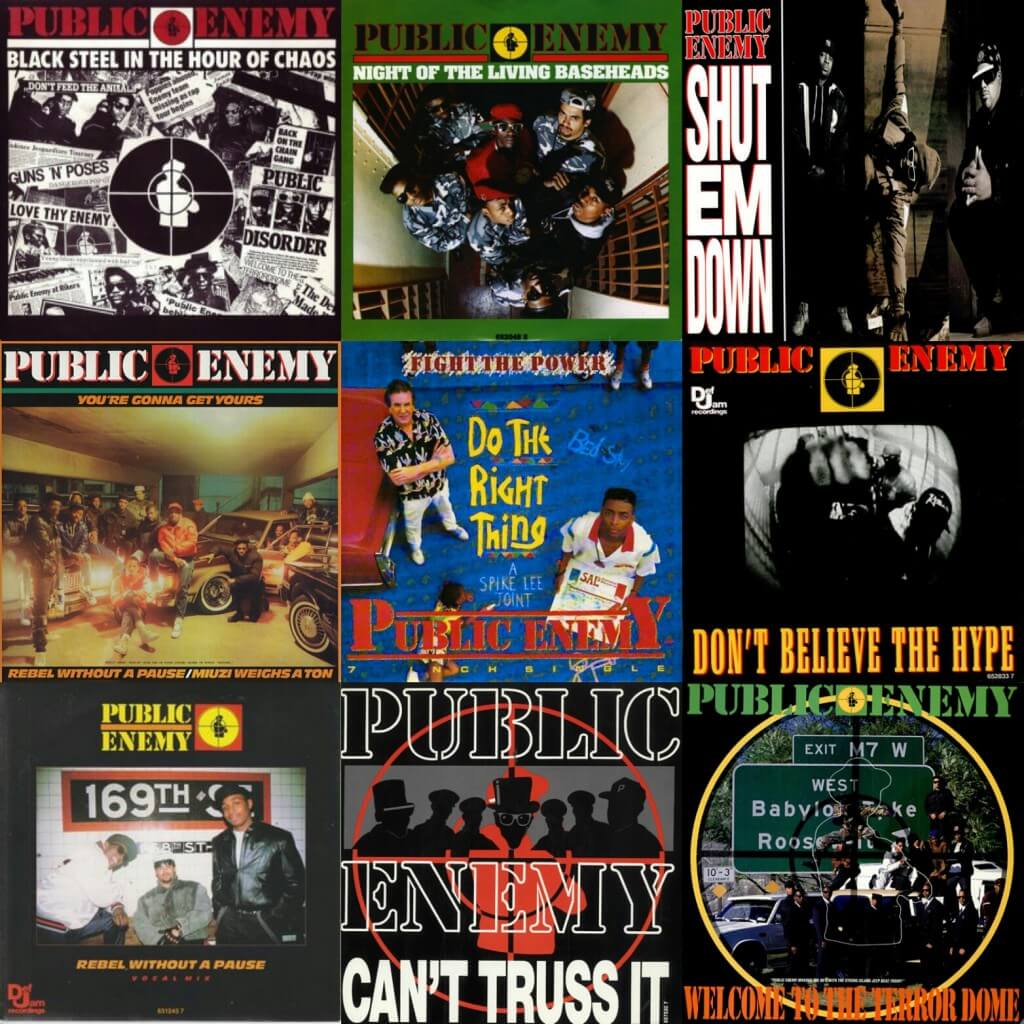 Wow! What an album opener. This high-octane, sample-heavy banger – with that signature Bomb Squad sound – kicks of P.E.’s third album Fear Of A Black Planet in perfect style. Musically as dense as any track off It Takes a Nation Of Millions, this song showed that P.E. had every intention and full confidence to follow up the uber-classic It Takes A Nation with yet another masterpiece album.

“With vice I hold the mic device / With force I keep it away of course / And I’m keeping you from sleeping / And on stage I rage / And I’m rolling / To the poor I pour in on in metaphors / Not bluffing, it’s nothing / That we ain’t did before / We played you stayed / The points made / You consider it done / By the prophets of rage…”

Anyone who has ever seen Public Enemy performing live knows they used this one as the show-opening song for a long time. No better track to get the party started right and get the crowd hyped up. Clear the way for the prophets of rage!

None of the political and social consciousness that would become so typical for Public Enemy yet, this track is an ode a 98 Oldsmobile with an instrumental that perfectly fits the lyrics. For a lot of people, this will be the first P.E. track they ever heard, when they went into the record store to listen to the album before buying it (remember those days?). The first track of side A – who was not sold on Public Enemy after You’re Gonna Get Yours was finished?

“Bass! How low can you go? / Death row, what a brother know / Once again, back is the incredible / Rhyme animal / The uncannable D, Public Enemy Number One…”

Originally included on the Less Than Zero movie soundtrack, Bring The Noise was released as a single in 1987. Lyrically and sonically complex, this track was instrumental in the development of the trademark Public Enemy sound. One of P.E.’s most recognizable songs.

In this poignant song, Chuck D links the modern corporate world to the days of slavery. The brilliant video makes the message even stronger.

“Don’t believe the hype, it’s a sequel / As an equal can I get this through to you / My 98 booming with a trunk of funk / All the jealous punks can’t stop the dunk”

P.E.’s classic critique of false media and rumors is yet another winner from It Takes A Nation Of Millions To Hold Us Back. Classic beat, classic rhymes, classic hook.

“I like Nike but wait a minute / The neighborhood supports, so put some money in it / All corporations owe, they gotta give up the dough / To my town or else we gotta shut ’em down”

The fourth single of P.E.’s underrated fourth album Apocalypse 91… The Enemy Strikes Black. Although not as groundbreakingly classic as it’s two predecessors, this album was solid Public Enemy. Shut Em Down is one of the highlights. The beat goes hard, as does Chuck’s message to corporate America.

“Burn Hollywood burn I smell a riot / Goin’ on – first they’re guilty, now they’re gone / Yeah I’ll check out a movie / But it’ll take a Black one to move me”

Addressing Hollywood’s persistent exploitation and stereotyping of blacks, on this track Chuck D pulls no punches as usual. Ice Cube and Big Daddy Kane hold it down too. Fierce.

“I got a letter from the government the other day / I opened and read it, it said they were suckers / They wanted me for their army or whatever / Picture me giving a damn – I said never…”

“Well I’m all in, put it up on the board / Another rapper shot down from the mouth that roared / 1-2-3 down for the count / The result of my lyrics, oh yes, no doubt”

Public Enemy’s debut single. Remember, this was 1987. Musically, nothing like this was done before, ever. Highly innovative, this unique sound would become trademark Public Enemy. Throw Chuck D’s booming voice and his back-and-forth with joker Flavor Flav in the mix and the signature sound of one of Hip Hop biggest acts ever is born.

“Yes – the rhythm, the rebel / Without a pause – I’m lowering my level / The hard rhymer – where you never been I’m in / You want styling – you know it’s time again”

Public Enemy’s best-known song, the musical theme for Spike Lee’s classic movie Do The Right Thing is universally regarded as one of the best songs of all time. We agree.