Ever since his debut on wax in 1992, when he stole the show on Main Source’s classic posse cut “Live At The BBQ“, Queensbridge emcee Nas is one of Hip Hop’s hottest properties and preeminent figures. Widely considered one of the best emcees ever, Nas truly is Hip Hop royalty.

In over two decades in the Hip Hop game (is there a more lauded album in Hip Hop than Nas’ 1994 debut Illmatic?), Nas has dropped so many outstanding singles that compiling a Top 15 will inevitably leave out a lot of bangers.

This list contains HHGA’s top 15 Nas songs – if you miss YOUR favorites in this list let us know in the comments! 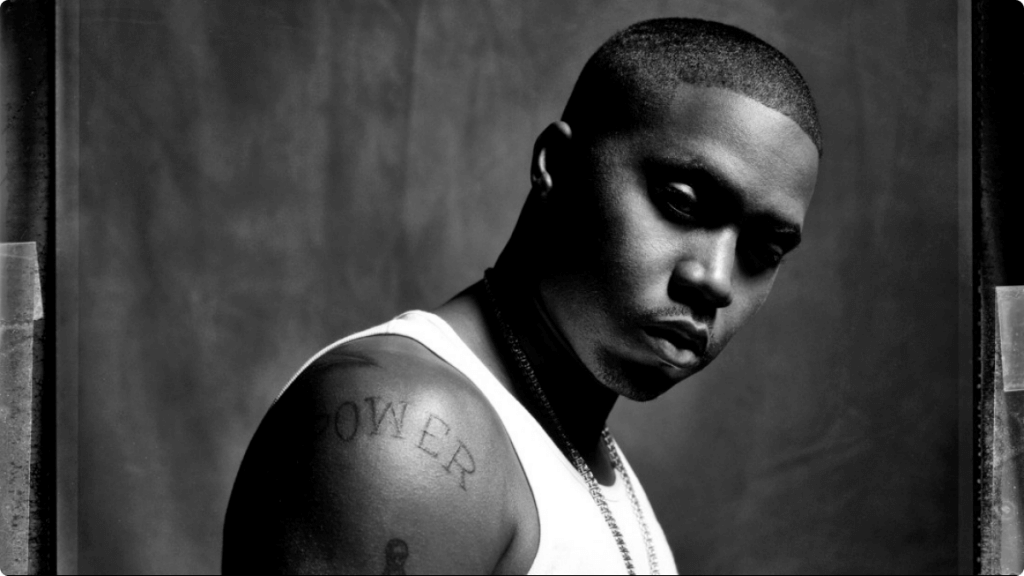 “Imagine smoking weed in the streets without cops harassin / Imagine going to court with no trial / Lifestyle cruising blue Bahama waters / No welfare supporters, more conscious of the way we raise our daughters…”

One of Nas’ more radio-friendly songs. A great collaboration with Lauryn Hill and a brilliant recreation of Kurtis Blow’s old school classic, Nas paints a picture of how his version of utopia would look like.

“They say the coolest playas and foulest heart breakers in the world / God gets us back, he makes us have precious little girls”

Nas shows his longevity and continued relevance in Hip Hop on this 2012 track, from the excellent Life Is Good album. A heartfelt song, especially for guys who have daughters.

One of the best tracks of Nas’ underrated second album It Was Written. Nas kills it over a dope beat with a recognizable sample of a classic Ultramagnetic MCs line.

“I rap for listeners, bluntheads, fly ladies and prisoners…”

All tracks on Illmatic are classics in their own right. This is one of the most laid back cuts on the album. It has Nas reminiscing about the days of way back over a smooth and melancholy DJ Premier instrumental.

“Sometimes I sit back with a Buddha sack / Mind’s in another world thinking how can we exist through the facts / Written in school text books, bibles, et cetera / Fuck a school lecture, the lies get me vexed-er…”

An emotional highlight on Illmatic, Nas’ verses are basically letters to his homie Cormega in jail. The nice xylophone beat-backdrop is provided by Q-Tip, whose voice also echos on the chorus.

One of the hardest, if not THE hardest, diss track ever. Nas destroys Jay Z completely in response to Jay dissing Nas in the second verse of his Takeover track from The Blueprint album.

“Pushing drop-tops, Stacy Lattisaw tapes, the 80’s had us all apes / Youngest gorillas up to bat at home plate / That was an uncanny era, guns in my pants, yeah / X-Clan hair, with dreads at the top of my fade…”

A nostalgic look back on New York in the 1980s, “Doo Rags” is one of the stand-out tracks from the all-around excellent The Lost Tapes album.

“One Mic” is Nas’ love declaration for Hip Hop. It shows that Nas at this point still has more heart than any other rapper in the game. Powerful material.

“Fake thug, no love / You get the slug CB4 Gusto / Your luck low, I didn’t know ’til I was drunk though”

No matter who the barbs in the song were directed at (2Pac? Biggie?) – this track has to be one of the most underappreciated in Nas’ vast body of work. Top-notch lyricism and wordplay. The instrumental is on point too, with a dope beat and brilliant use of a famous Sting guitar riff.

“I’m the young city bandit hold myself down single-handed / For murder raps – I kick my thoughts alone, get remanded / Born alone, die alone, no crew to keep my crown or throne / I’m deep by sound alone, caved inside, 1,000 miles from home”

“Freedom or jail, clip’s inserted, a baby’s being born / Same time a man is murdered, the beginning and end / As far as rap go, it’s only natural I explain / My plateau, and also, what defines my name…”

“Time is Illmatic, keep static like wool fabric / Pack a 4-matic to crack your whole cabbage”

Another Illmatic highlight which perfectly captures the essence of the young black males growing up with the prospect of violent death or being incarcerated looming over them. Nas kills it as usual with his verse, but it is guest AZ who steals this particular show with a killer verse of his own.

Hip Hop trivia: it’s Nas’ father Olu Dara who provides the trumpet solo at the end to finish off this classic joint.

“It ain’t hard to tell, I excel then prevail / The mic is contacted, I attract clientele / My mic check is life or death, breathing a sniper’s breath…”

A masterpiece. Excellent instrumental by Large Professor and loaded with samples, especially the brilliant looping of Michael Jackson’s “Human Nature” stands out. Filled with quotables – Nas at his best.

“Now let’s get it all in perspective / For all y’all enjoyment, a song y’all can step with / Y’all appointed me to bring rap justice / But I ain’t five-O, y’all know it’s Nas, yo”

An awesome street banger with a perfect Golden Age/old school vibe to it,  Made You Look” was the first single of God’s Son – Nas’ third release in little over a year (after Stillmatic and The Lost Tapes). These three releases reaffirmed Nas’ position among Hip Hop’s elite, after the less acclaimed 1999 outings I Am and Nastradamus.

“Rappers, I monkey flip ’em with the funky rhythm I be kickin’ / Musician, inflictin’ composition of pain…”

The quintessential Nas track and one of Hip Hop’s best songs ever, bar none. A classic narrative of life on the NYC streets, this is one of the many classics Nas’ partnership with DJ Premier would yield and just maybe the biggest of them all.

One response to “Top 15 Nas Songs”