Mind Playing Tricks On Me is a single by the Geto Boys, featured on their 1991 album We Can’t Be Stopped.

The lyrics describe the mental anguish and exhaust of life as a gangster, including dealing with symptoms of posttraumatic stress disorder, paranoia, suicidal ideation, and loneliness. The song samples “Hung Up On My Baby” by Isaac Hayes, from his 1974 film Tough Guys. At the song’s peak, it reached 23 on the Billboard Hot 100, making it the highest-charting single by the Geto Boys.

The song was originally intended for a Scarface solo album as he penned three of the song’s four verses. However, the Geto Boys’ label, Rap-A-Lot Records, decided that the record would be more valuable as a breakout single for the group. On an episode of Yo! MTV Raps: Classic Cuts, Scarface and his grandmother spoke about how she inspired the track “Mind Playing Tricks on Me”. Scarface’s grandmother was reportedly mumbling to herself, and when asked, “‘Mama, what you talkin’ about?'” replied, “‘Oh, nothing, my mind’s just playing tricks on me'”. (Wikipedia) 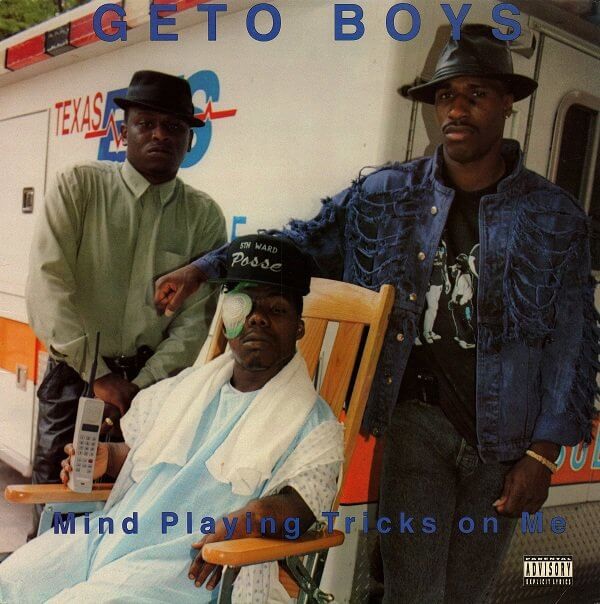