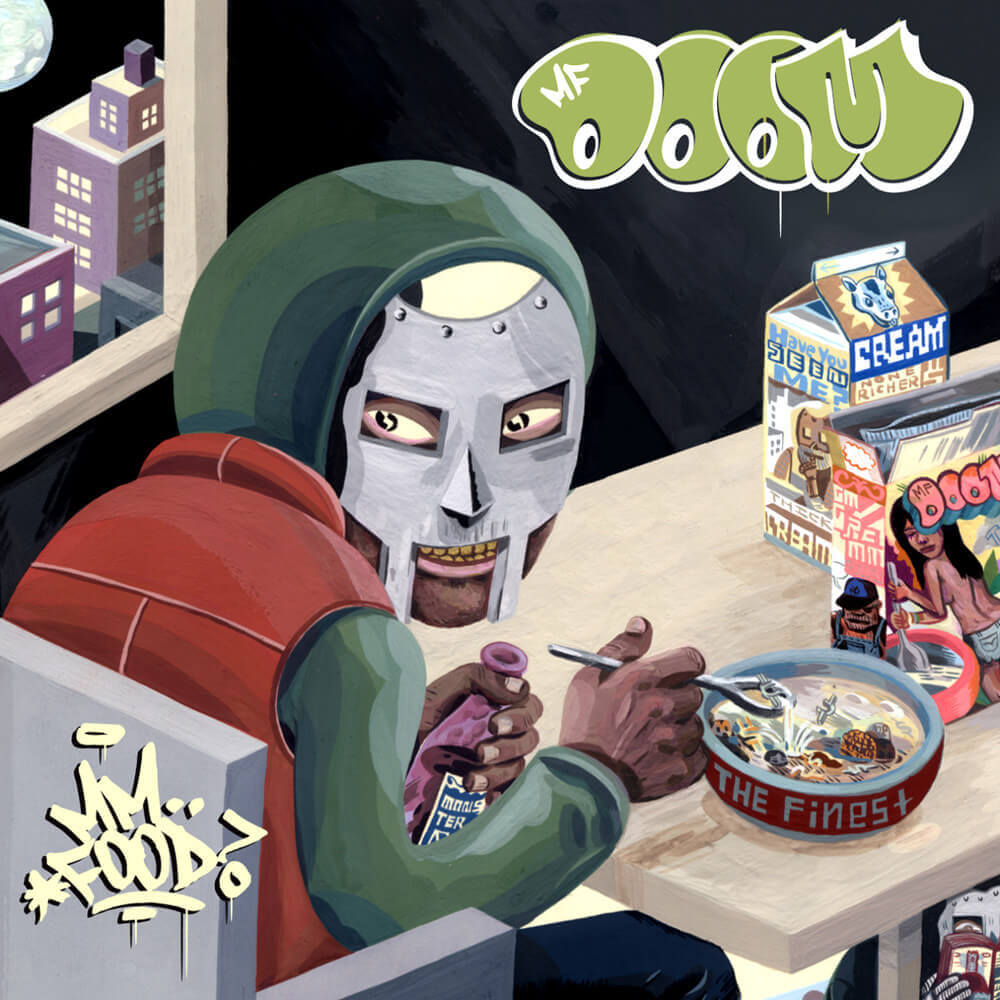 Firstly, as an introduction, I wanted to express my grief and give some appreciation for MF DOOM, before jumping onto the review of the actual album. MF DOOM was one of the most beloved and important rappers of all time, personally my favorite, and has shaped up my music taste to be what it is today, this record and Madvillainy in particular have sparked my interest and passion for music as an art form as a whole and have led me to discover so many other incredible LPs. I’m still unsure as how to feel right now, as there is not a single artist in the entire world that would hurt me as deeply to see go as him, much as I wanted to wake up today and review whatever came out I don’t think I would’ve been able to do so if I didn’t write about this album first, I would feel as if I wasn’t doing the right thing. Anyhow, whatever it is that I write will never amount to be enough to accurately describe this mind-blowing record.

Before anything else, to completely appreciate and understand this record you’d need some context of what surrounded its release, what did the rap game look like before MF DOOM’s appearance. At this time every rapper was trying to put on a gangster persona even if they weren’t involved in such activities and it was almost a requirement to be successful in the industry, so it is only right that this record shook up the underground scene and we still feel its influence decades later. MF DOOM in a way, even if indirectly, opened up the gates for rappers to be different and speak up their mind, even if in his case we was doing so sneakily, by hiding the immense meaning of his rhymes behind incomprehensibly cryptic songwriting at times, in my opinion, he even paved way for this new trap rap, emo rap, and pop-rap trends that plague the charts nowadays, he was probably one of the first people to make that possible, since those subgenres wouldn’t have emerged onto the mainstream if it wasn’t acceptable by the industry standards to be a little more emotional or sincere on the microphone, apart from obviously pioneering the abstract Hip Hop subgenre. 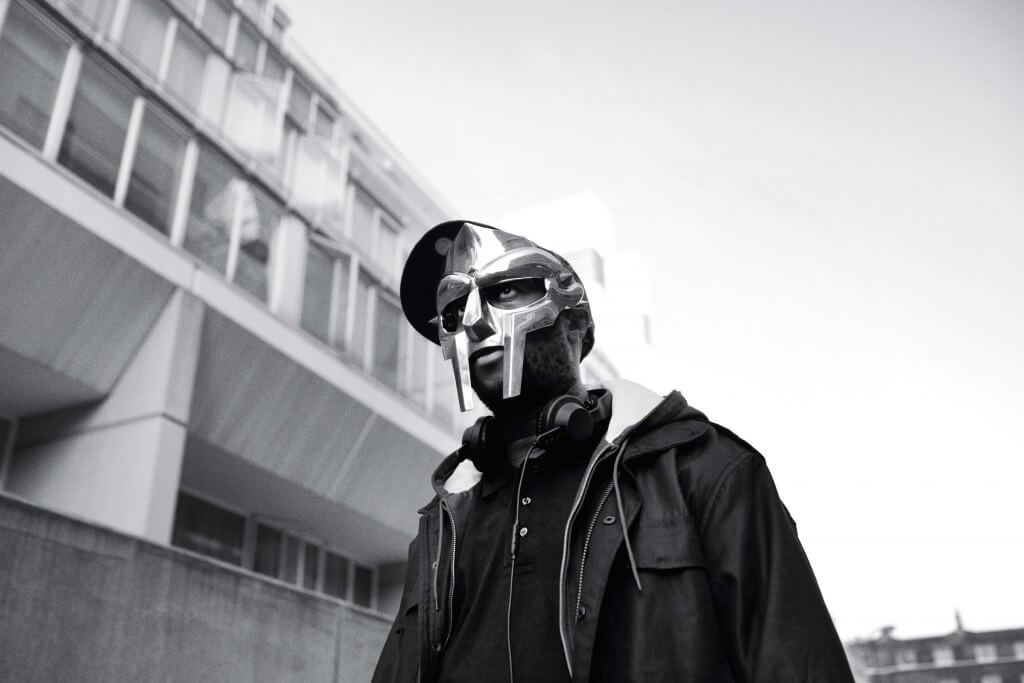 It’s not randomly that we often hear him being referred to as “your favorite rapper’s favorite rapper” and that is only put on display by the previous paragraph I wrote, no matter what corner of the rap industry your favorite rapper may come from, or whichever subgenre they may fall onto, they have taken some inspiration from the English-born American rapper himself, indirectly or directly, as what he was attempting with his work in the late 1990s and early 2000s was thoroughly groundbreaking, even for today’s standards, some may argue. In 1999, he broke onto the scene with his debut album Operation: Doomsday, even if he was an already experienced musician by contributing for nearly a decade to his primitive collectives, most notably KMD, which was founded with his brother that sadly lost his life very early, an occurrence that undeniably influenced MF DOOM’s early life and shaped him up to be the person he was and to release such later classics, and the other group called Monsta Island Czars, both of which he didn’t find much success in, KMD’s second studio album even stirred up some minor controversy due to its album cover, which led to their label not being fond of it, such that would eventually lead to the group’s dissolution, MF DOOM’s solo pursuits and the incorporation of his supervillain persona and his iconic mask character development.

It was only half a decade later after his debut that he’d cook up some of the most inventive and influential albums of all time, such efforts that took the underground Hip Hop scene by storm in the mid-2000s due to their avant-garde, artsy and futuristic approach to rap music. This is what I like to call MF DOOM’s most important “trilogy”, even if such a name is not official, those being Vaudeville Villain, released in 2003 under his alias Viktor Vaughn, Madvillainy under the same moniker and in collaboration with the legendary producer Madlib and also the album in question for this review – MM…FOOD, one of the only two landmark records he dropped under his original name, both of which released in 2004. He was a rather exquisite individual, therefore he wouldn’t settle for one single rap name, which only explains the imminent change. 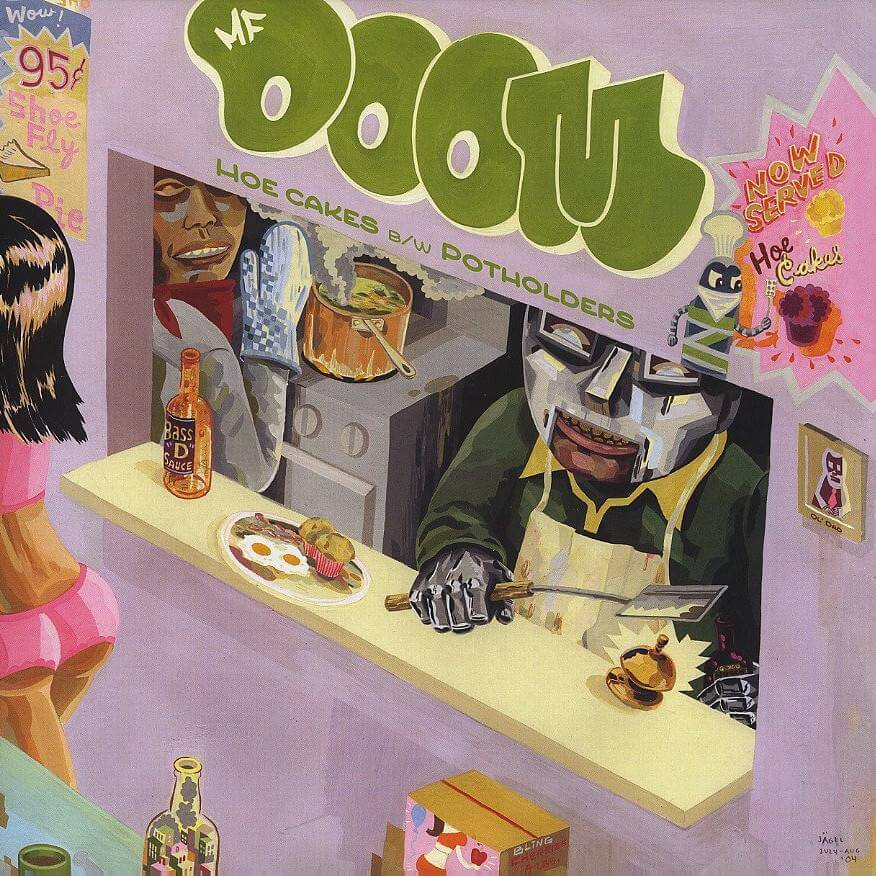 All of the records I mentioned were released in the short span of roughly 1 year and it’s fascinating to think about it and look back, as all of those could very easily warrant a spot in a top 100 Hip Hop albums of all-time list, at the very least. MM…FOOD in particular is the second in the series chronologically, often underappreciated and overshadowed by his magnum opus collaborative monstrous record Madvillainy. It easily is his most ambitious effort and sees him embark on this peculiar concept-driven idea, cooking up a rap album that is entirely made up of food metaphors, as the listeners get a taste of what is yet to come even before hearing a single second of the record since all of that is foreshadowed by the obvious anagram on the album title and the alliterations on the food-themed song titles.

I’d argue that this album sees the rapper at his pinnacle, even if Madvillainy proves to be the most beloved among fans. Operation: Doomsday was a rather fragile attempt in comparison to the masterpieces he’d release in the future and Vaudeville Villain was his darkest and eeriest project to date, taking the theme of an extraterrestrial venture, only up to par in terms of spookiness with BORN LIKE THIS, which released much later, in 2009. On the other hand, MM…FOOD is the most light-hearted MF DOOM has ever sounded, even if not much in the grand scheme of things, the record where the supervillain themed raps really took full form and this was also the main release that shaped up his magnum opus in junction with Madlib. Perhaps it is my favorite due to the relative home-made feel it gives off, as in comparison with Madvillainy, such feels like a much more grandiose moment.

Everything we know about MF DOOM today and his main style of rapping start here, his enigmatic approach, the cartoonish textures he lays down for the listener to pick on, the mind-bendingly complex rhyme schemes, the never before seen meticulous approach he took to Hip Hop music, his cryptic lyricism, his ahead of the curve self-produced instrumentals in an era in which so many Hip Hop album’s biggest weaknesses were their skeletal instrumental choices, even if we go back and listen to the most acclaimed classics of the late 1990s, the biggest complaint we’ll ever have is the production. Something that is important to touch on is the film based skits, much of them which laid down the foundation for MF DOOM’s persona, a name which came from the fictional comic Marvel supervillain Doctor Victor Von Doom, which also quite obviously spawned his Viktor Vaughn alias. Such skits lay down the foundation for this album, even if they are quite evidently its weakest point too, but we’ll get to that later. 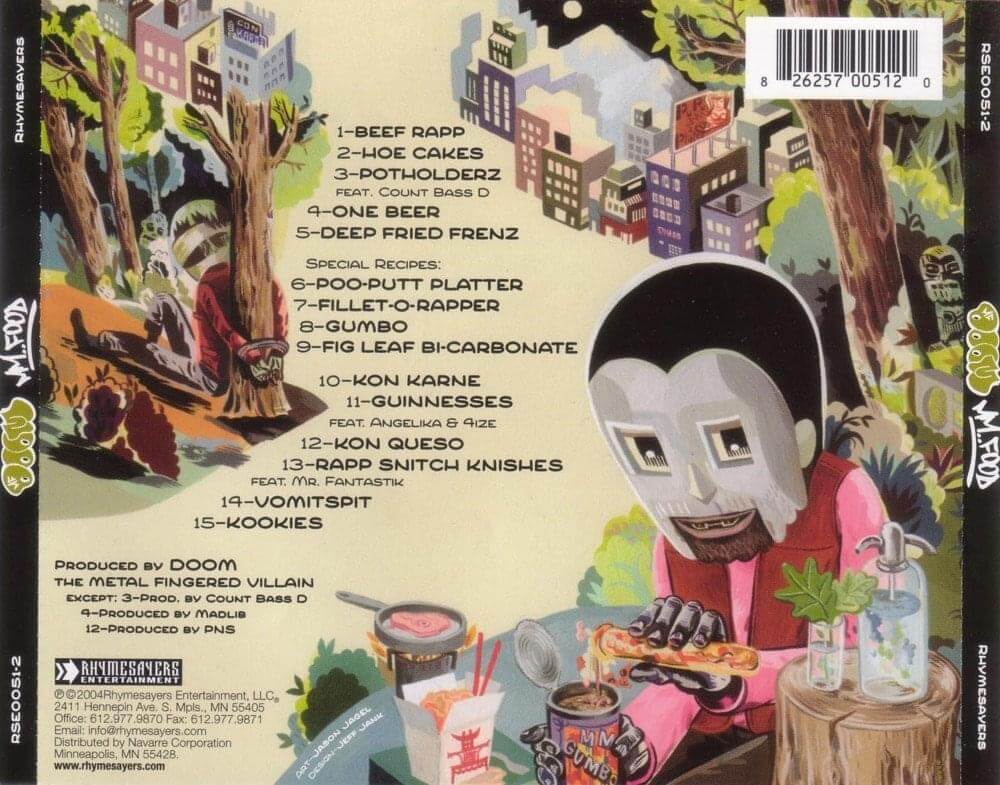 Beforehand, I’d like to mention what is quite possibly MF DOOM’s own biggest weakness, that being his one-dimensional delivery. If anybody out there doesn’t enjoy his music, we can only quite assuredly assume that that would be for his presence on the microphone. I like to say that if MF DOOM was a videogame character all of his attributes would be maximized, except for his delivery which would be his only weak link. Personally, even when I first listened to Madvillainy, very early in my music discovery days I must say, I wasn’t even sure if I liked it exactly for that in particular, it took a while to grow on me. And with that, it only reinforces that every supervillain has its weakness, even if MF DOOM was certainly capable of rapping in different registers he doesn’t do so precisely because he wants to stick to the character, as it’s his rapping style that solidifies himself as a supervillain, even much more than the cartoonish aesthetic of his music. He takes a toll on his music’s potential enjoyment as a whole to partake in this supercriminal extravaganza and he fully sticks to the plan, which is something I must fully commend even if it must be the music’s only flaw.

May I give a bit of my own spin to this review and not only take it as a way to celebrate MF DOOM’s life and go through his achievements, I’d like to say that he’s one of the only artists that has made me emotional listening to his records, even if the musicianship isn’t exactly poignant but I just get this sense of perfection when listening to some individual tracks that not many other artists have been able to evoke out of me before. Today I woke up after a terrible night of very little sleep, turned on this album, and immediately collapsed listening to “Beef Rap”, one of my favorite songs of all time, it hit expectedly different after hearing the news of his passing.

Since I don’t want to end on a bad note, I’ll state that the only reason MM…FOOD isn’t exactly perfect is due to its skits, apart from minor imperfections on a few tracks and of course MF DOOM’s delivery I mentioned earlier, but that’s something that I have embraced when listening to his records. The excessive amount of skits on this record is undoubtedly a bit of a double-edged sword, as it lays down the foundation for the album’s theme but simultaneously has a negative effect on pretty much everybody listening to it, as not only do the 4 back-to-back skits in the album’s middle part disrupt the musical sequencing but they also appear constantly during about every other track, whether it be at the end or at the start, which makes the listener feel like they are listening to a half music, half skit LP if they are not willing to embark on the journey.

Truly devastated to see him go so soon, after relistening to this record one more time it only reinforced my love for it and my appreciation as one of the best ever, every time MF DOOM is laying down a verse it is nearly always a contender for his best verse, or best verse of all time for that matter, since none are on his level lyrically, the meticulous notions on this record are astonishing, everything was perfectly assembled down to the tee, the detail is absolutely immaculate, considering, for example, that even the pure skit tracks feature high-grade instrumentals that any rapper would dream of rapping over, yet MF DOOM shows that he has such a vast arsenal of sound palettes even solely as a producer, that he can afford to waste breathtaking beats on skits. I could talk about this album or MF DOOM forever, as with each listen I’m always able to pick up on something that I hadn’t noticed before, but for now, I’ll leave it at that.