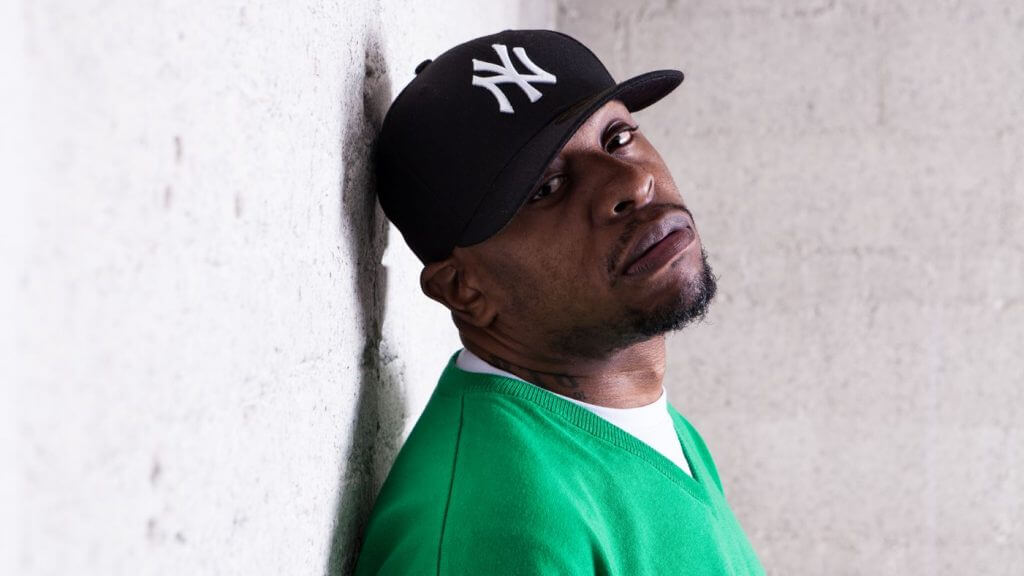 Scarface is one of the unsung icons of Hip Hop. A true pioneer, he was one of those responsible for putting Southern Hip Hop on the map. As part of the Geto Boys and especially as a solo artist, his three decades in the game left an indelible mark on Hip Hop, with a string of classic songs, albums, and guest appearances. His history of depression, drug (ab)use, and suicidal tendencies shine through on most of his recordings and gives his music a more authentic feel than that of most other artists. Make no mistake: Scarface is one of the best lyricists in the Hip Hop game, ever. From his solo albums, we have selected our top 15 Scarface songs. Agree? Disagree? Discuss in the comments!

The last track from Scarface’s solo debut Mr Scarface Is Back. Even though the album eventually reached gold status, it is still somewhat of an overlooked early gangsta rap album, and not often mentioned when it comes to staples of the genre. It should be though because it’s an excellent album start to finish and easily one of the best albums in Scarface whole catalog – and that’s saying something.

“I’m Dead” closes of the album on a perfect note – it’s an eery short story in which Scarface finds out he is – you guessed it – dead.

“With no hesitation I got a team to come clown ya / I down ya, so let your people know what they face / With the type of individual that’ll bomb a sub-station / Kaboom! and everybody dies outside / There ain’t no escapin’ the Reaper so don’t try…”

You can’t go wrong with a Dr Dre beat, and this cut is just one example of Dre’s brilliance as a producer. With Dre also laying down some guest rhymes and with Too Short doing the intro and Ice Cube on the hook, this is a star-studded collabo and one of the musical highlights from Face’s fourth album The Untouchable.

From his 12th and supposedly last album Deeply Rooted, this track (available only on the Best Buy extended edition) shows us Scarface still can deliver the goods. Part of the better half of his discography, Deeply Rooted easily is one of 2015’s best Hip Hop albums.

“Sometimes I wanna die, maybe I’ll be free / Free from all this bullsh** that’s constantly surrounding me…”

From his somewhat underrated sixth album The Last Of A Dying Breed – which was a definite return to form compared its predecessor My Homies (which was a commercial success, but which was also too long and had too many guests) – this is a typical Scarface joint and one of the album’s stand-outs.

“Deep in the heart of South Park lurks a stalker / S.A. fool, native Houston South Parker / Born and brought up to be a heartless motherf***** / No one else to blame, f*** it blame it on my mother…”

After establishing himself as the Geto Boys‘ main rapper, Scarface proved he could easily carry a whole album by himself. Mr Scarface Is Back was an excellent debut with virtually no weak spots, “Money And The Power” is just one of the many dope tracks from that album – one of Nas’ top 10 favorite Hip Hop albums.

Released not long after the violent death of 2Pac, this collaboration became one of Scarface’s most popular and best-known songs and the centerpiece of his fourth solo album The Untouchable, which went platinum quickly – not in the last place on the strength of this classic track.

“Now the funeral is over, and all the tears are dried up / N***** hanging tape on the cut getting fired up / Looking for the n**** who pulled his pistol on my homie / An eye for an eye, so now your life is what you owe me…”

The Diary is one of Scarface’s best albums, if not his very best. After a classic debut and a somewhat uneven second album, Scarface came back strong in 1994 with The Diary, considered his magnum opus by many.

“No Tears” is a dark and emotional tale about murder and revenge and exemplifies the rawness and realness of the whole album.

The opening track of Mr Scarface Is Back is a more or less a continuation of “Scarface”, one of the lead tracks from the Geto Boys’ Grip It! On That Other Level album. Laced with samples from the classic Scarface movie starring Al Pacino, this is another story about crime and violence – a chewed out subject matter without a doubt, but few do it better than Scarface does.

From arguably one of his best three and most consistent albums, The Fix, this is a dope collabo with fellow Hip Hop legend Nas and singer Tanya Herron on the hook.

“Dear Diary, I’m having a little problem / I can’t make it by myself maybe you can help me solve em / I’m confused and I don’t know what to do / I’m hoping you can help me cause there’s no one else to talk to / I want to die, but it ain’t for me / I try to talk to my dad, but my old man ignores me / He says I’m delirious / And I drink too much, so he doesn’t take me serious / But little does he know I’m really losing it / I got a head, but ain’t no screws in it…”

One of Face’s favorite tracks from himself, this is as dark as Scarface gets. Violent fantasies combined with real life insecurities, depression, and suicidal tendencies. Heavy stuff, but boy does it sound dope.

“We got this whole motherf***** on a mission / Now the whole entire world’s gotta try to come up with a quick decision / They claim we threats to society / And now they calling on the government to try and make somebody quiet / For the bullsh** they done to me / Gangsta Nip, Spice-1 or 2Pac never gave a gun to me…”

This is another classic track from Scarface’s monumental The Diary. A powerful commentary on the rap game and particularly its critics, with epic verses from both Face and Ice Cube.

One of Scarface’s biggest singles from one of his best albums, has Scarface paying tribute to his home-turf, always a favorite subject for Hip Hop artists.

“A new day, brings a new problem to a brother / And all I gots ta say is thank god for my mother / Cause without my mommy dear my life would’ve been joke / Either locked up playin’ dead and still slangin’ dope but nope / The lord he had a plan for me / And with his help, my mother made a man of me…”

The World Is Yours, Scarface’s second album, may not be the strongest of his whole catalog, but there still is plenty to enjoy. “Now I Feel Ya” is one of Scarface’s best and most impressive songs without a doubt. Seven minutes of heartfelt soul-searching, this track is signature Scarface.

“And can’t nobody change this / It’s nineteen-ninety-four and we up against the same sh** / I never understood why / I could never see a man cry, til I seen a man die…”

One of Scarface’s most recognizable singles and the centerpiece of the all around excellent The Diary. As deep and introspective as Scarface can be, this is a legendary track and one of Scarface’s very best.

“Life goes on in the streets of my hood when you die / But some cry, and gets by, while others choose to wonder why…”

The atmospheric lead single from Scarface’s debut album Mr. Scarface Is Back features a brilliant interpolation of Marvin Gaye’s “Inner City Blues”, and is a perfect example of how an instrumental can serve to enhance the potency of the lyrics. Classic.

One response to “Top 15 Scarface Songs”