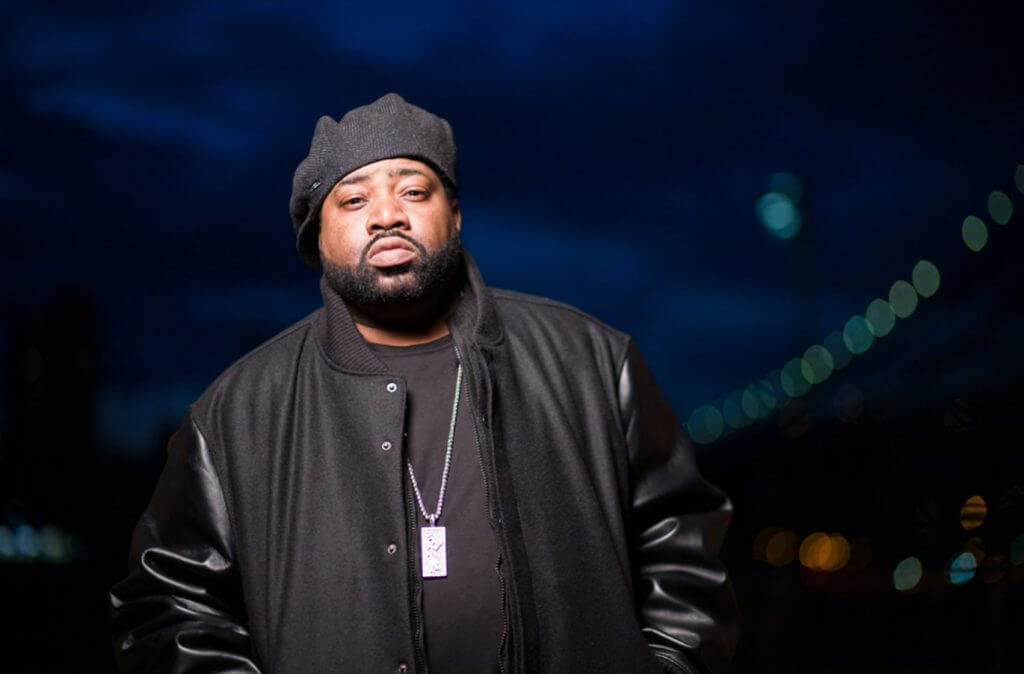 Known for his work as a producer and as leader of the D.I.T.C. crew, Lord Finesse is one of the most underrated emcees in the history of Hip Hop. Lord Finesse was always hailed for his strong lyrical ability and clever punchline delivery by those in the know, but never really got the wider recognition he deserved. True heads know what’s up though, and will not leave Lord Finesse off their all-time favorite lists. Lord Finesse certainly is one of our favorite artists, from one of our favorite Hip Hop collectives – D.I.T.C. – and with our top 15 Lord Finesse songs, we pay homage to some of his very best songs. Enjoy!

“So wake up, my man cause there’s no time for dozin’ / My thoughts are set, and a rhyme has been chosen / From my brain which makes me insane / To gain some fame, Lord Finesse is the name…”

One of the stand-out tracks from Lord Finesse’s overall excellent debut album Funky Technician. Over a funky Diamond D beat (with a sample from James Brown’s “The Boss”) Finesse lets loose in his trademark casual and laidback manner, schooling everybody on his favorite subject: himself and his superiority as an emcee.

“I come with the fat songs, put me on any platform / Watch me get my motherf***ing rap on / A top cat that rocks rap / From the part of Boogie Down Bronx / Where the cabs don’t stop at…”

One of the three excellent posse cuts from the The Awakening EP. Great production and dope verses from all emcees involved.

“Finesse, now I’m smooth sensational / Educational, here to awaken you / On top of you, rocking you, here to get popular / Me fall off Picture that with binoculars…”

Co-produced by a young DJ Premier, this final track of Finesse’s debut album is smooth as butter. Laidback and mellow, Finesse spits his best braggadocious rhymes and closes out a classic album on a note that is just fine.

“I’m a cool man, a brother with a smooth plan / That’s why I’m seein’ more papers than a news stand…”

One of the two tracks Lord Finesse did in 1992 with his protegee, a young Harlem emcee by the name of Big L. This is what Hip Hop is all about: a banging instrumental and some dope-ass lyrics.

Another version of this track, with Finesse going at it solo, appeared on the Trespass movie soundtrack:

“F*** those who spread rumors, I didn’t retire / Even though you got all these Lord Finesse juniors / Trying to get hype and rip mics / They just imitators that can’t quite get my sh** right…”

“Check The Method” is a 1996 12″ single that wasn’t included on The Awaking, but is a great track anyway. It can be seen as Lord Finesse’s comeback single after a 4-year hiatus –  Lord Finesse was back to let everybody know he was still the best around.

“I create and make funky rhymes for a hype tape / Brothers try to get with Finesse but they lightweight / I preach and teach just like the man Farrakhan / Get so much run on the mic, call this a marathon…”

Another DJ Premier-produced track from his debut album. This one is faster paced than most of the others and has a verse by fellow D.I.T.C. member AG, who definitely holds his own. Production is excellent and Finesse and AG both kill it.

“You can’t do me or dis me, don’t try to get with me / My style is tricky like spelling Mississippi…”

Another superb posse track from The Awakening, one that deserves a mention in any discussion about the best posse cuts in Hip Hop. A great beat and a line-up of top emcees who all rise to the occasion – this is Hip Hop at its finest.

“I kick rhymes, with beats that slam with force / I’m so gifted my name should be Santa Claus…”

Like the late Muhammad Ali said: “It’s not bragging if you can back it up”. Bragging about your mic skills only works if you can prove them true – and that’s what Lord Finesse does. He uses humor, which makes it fun to listen to and his punchlines are legendary. This is another typical Lord Finesse track, and one the best from his second album, Return Of The Funky Man.

A bit of an atypical song for Finesse on his debut album, in the sense that is not about bragging and boasting but a ‘lesson to be taught’. Finesse drops some serious knowledge over another DJ Premier assisted instrumental. Great track.

“I wreck kids, that’s my theory and perspective / When it comes to Hip Hop, I’m on the case like detectives / You better step to the next man / Cause the greatest soccer player couldn’t kick it like Finesse can…”

For this centerpiece of his third and final (EP) album, Finesse recruited the help of lyrical heavyweights KRS-One and O.C. With that kind of line-up, how could it turn out any different than straight fire?

“Your rhyme is like an empty prison / A waste of bars…”

This dope track by two natural lyricists is a ‘rematch’ of their legendary 1989 street battle. That Lord Finesse has always been underrated as an emcee is a fact, but Percee P is perhaps the most underrated emcee in the game, ever. The man has serious skills and not enough people know it, sadly.

“Now I’m the man with intellect, no one to disrespect / I kick a rhyme and make MC’s wanna hit the deck / And give it up and use they rhymes as a sacrifice / Brothers try they best, they ain’t even half as nice…”

“Any MC against me, now that’s a dumb move / As I proceed to flip, I’m a succeed with this / A brother beat me? No one would believe that sh**…”

An excellent posse cut made extra special by Percee P – who drops one of the best guest verses you will EVER hear in Hip Hop.

“Check it out, it’s the brother you have to hear, stand up, clap, and cheer / As far as running mine, ain’t nothing happening here / Cause I’m on some ruthless sh** / It ain’t over til the fat lady sing? I’m a shoot the bitch…”

When Finesse discovered a young kid rapping in the back of a record store, he immediately recognized the kid’s talent and ability – and invited him to do a track together – what followed is history.

It is Big L‘s first appearance on wax and he lays down a verse that is more than indicative of what he was capable of. Much like Lord Finesse himself, Big L immediately shows he is one of the best punchline rappers ever, with a natural and unbeatable flow.

“Lord Finesse got something for your eardrums / Back on the scene, long time, no hear from / It’s the funky man, the brother with the same sound / I’ve been coolin about a year and some change now / So hand over the microphone cause it’s my turn / The brother with a fade, half-moon, and long sideburns…”

The quintessential Lord Finesse track, from Return Of The Funky Man, Finesse’s second album. As ever: ill rhymes over a dope beat, this one crafted by D.I.T.C. producer Show(biz).