Big Daddy Kane undisputedly defined the term “lyricist” in the world of Hip Hop. Along with the lyrical ingenuity he brought to the genre, he introduced innovative live performances as well. These live performances, which consisted of theatrics, choreography, and tailored costumes proved that Big Daddy Kane was not only an emcee, he was a full entertainer. This is our top 15 Big Daddy Kane songs. Agree? Disagree? Discuss! 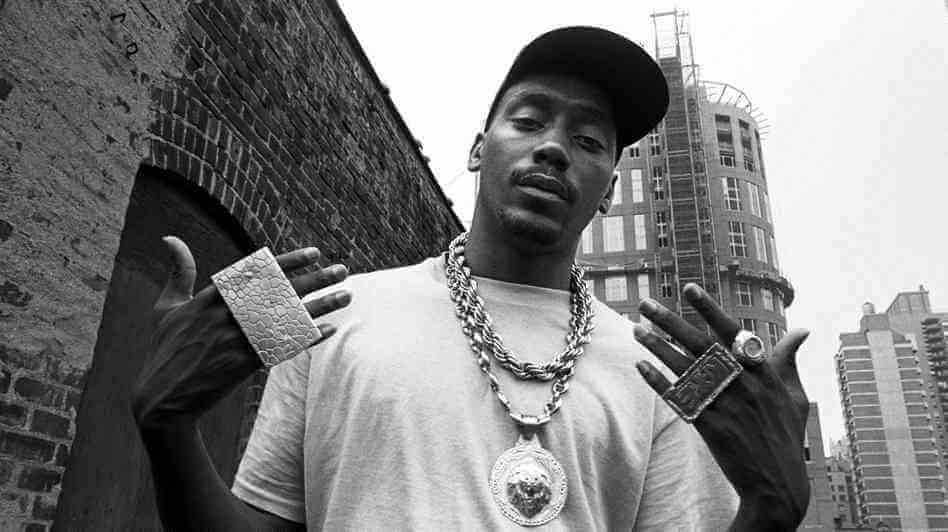 “One double nine to the four, gotta keep ’em on the floor / And put some real lyrics back in the hardcore / What I’m used to hearin’, I can’t believe it’s gone / But now just like a grill inside Burger King, the beef is on…”

Big Daddy Kane lets loose over a dope beat. Listen to this track and hear where Ol’ Dirty Bastard and Big L found some of their inspiration. Although Kane would never top or even equal his first two albums, this song from his sixth album Daddy’s Home is vintage Big Daddy Kane.

“Grab a hold of yourself, open your eyes / Get wise to the exercise / Being taught by the teacher that’s most dominant / You need knowledge? / Well I’m dropping it”

A bit of a departure from Big Daddy Kane’s signature clever bragging and boasting lyricism and spitfire delivery, on this smooth track Kane shows his versatility and drops some black / social awareness on us.

“Enter the dragon / As I start, to braggin’ and taggin’ / And sayin’ I’m baggin’ all rappers on the bandwagon…”

This Easy Mo Bee produced track song first appeared on the 1992 Juice movie soundtrack. The remix version of Nuff Respect appeared on the 1993 Looks Like A Job For…, Big Daddy Kane’s fifth album and a return to form after his somewhat inconsistent (but contrary to what some critics say not all bad) third and fourth album.

“The wrath of Kane, taking over your circumference / Destroying negativity and suckers that come with / The weak, the wack, the worse, the poor / I thrash, bash, clash, mash… and then more…”

A battle rhyme classic. Kane once again shows he is a wordsmith like no other as he flows effortlessly over a hard-ass beat. This is Hip Hop.

“Get up and get with it / The beat at hand has been perfectly fitted / For the occasion, Kane’s invasion / I’ll invade, get paid in full / Instead of talking all that bull”

Kane’s pre-Long Live The Kane single uses the same Marley Marl beat as Just Rhymin’ with Biz, which would appear on his 1988 debut album. A great throwback track of a young Big Daddy Kane, with a nice old school vibe to it.

“Rough, rugged and real, you’re on standstill / To obey okay so let the man build / Words of rapture that you have to capture / And I just slapped ya / With the hand full of literature / That’s dope def fresh hype choice smooth and raw…”

Big Daddy Kane’s second album is another winner. There may be a few filler tracks towards the end of the album, but overall it is a bonafide classic and one of the best albums in one of Hip Hop’s best years.

One of the classic cuts on It’s A Big Daddy Thing is Young, Gifted And Black – a smooth and uplifting song that is just another example of Kane’s versatility: slow or spitfire delivery, in both cases his flow is simply phenomenal.

“Then you get a slap quick, so guard it with chapstick / In other words, protect and hold your own / It only takes one punch to get head flown / Fists of fury, suckers get buried / Cause the Kane got more spice than curry…”

In the tradition of Raw and Set It Off, this song is another battle rhyme anthem in which Big Daddy Kane shows us who is the best lyricist with seemingly effortless ease.

“Party people in the place / Embrace the bass as I commence to pick up the pace / And make you motivate, and accelerate / Cause like Tony the Tiger, I’m grreeeat!”

The opening and titular track of Big Daddy Kane’s debut album sets the tone of what is to follow: Kane’s innovative, superior and versatile lyricism over Marley Marl’s elite production work. The perfect opener to a classic album. Long live the Kane!

“Here comes the conquering brother that fathoms and never ceases / Violators pick up the pieces / That are left behind as you’re left to find / The fury of the five fingers of death are mine / Rippin’ on the microphone, recitin’ poem / Givin’ competition a Big Daddy syndrome…”

“I crushed and crushed and stomped the comp that tried / To get fly and face the ace I put em in place / Proceed em, retreat em, defeat em, delete em, and feed em, and eat em / And all the rest of that good stuff, cause I don’t need em / Only one survivor can remain / And god damn, it’s got to be the Kane!”

The stand-out track from Big Daddy Kane’s somewhat inconsistent third album Taste of Chocolate. This track is classic Kane, though. An unstoppable and untouchable lyrical assault.

“Come, get some, you little bum / I take the cake but you can’t get a crumb / From the poetic, authentic, superior / Ultimate – and all that good shit…”

“Here I am, R-A-W / A terrorist, here to bring trouble to / Phony MCs, I move on and seize / I just conquer and stomp another rapper with ease / Cause I’m at my apex and others are below / Nothing but a milliliter, I’m a kilo / Second to none, making MCs run / So don’t try to step to me, cause I ain’t the one…”

This gritty battle rhyme masterpiece is a remix version of the original Raw cut which featured Kool G Rap. Both versions are dope as hell and established Big Daddy Kane (and G Rap as well) as a lyrical innovator and one of the top lyricists in the game.

“Well excuse me, take a few minutes, to mellow out / Big Daddy Kane is on the mic and I’mma tell about / A minimum length, of rhymes of strength / And power, so listen to the man of the hour…”

One of his biggest hits and best-known songs. Showcasing his ladies-man persona to the fullest and lyrically destroying the competition at the same time, Smooth Operator is signature Big Daddy Kane. As smooth as it gets.

“Rappers stepping to me, they want to get some / But I’m the Kane, so yo, you know the outcome / Another victory / They can’t get with me / So pick a BC date cause you’re history…”

Universally recognized as one of Hip Hop’s biggest singles ever, this song shows us what a legendary emcee and producer can accomplish when working together while both of them are on the peak of their abilities.

“Let it roll, get bold, I just can’t hold / Back, or fold cos I’m a man with soul / In control and effect, so what the heck / Rock the discotheque and this groove is what’s next…”

The ultimate example of Big Daddy Kane’s rapping prowess and lyrical skill. Pure, unadulterated Hip Hop – it doesn’t get any better than this.