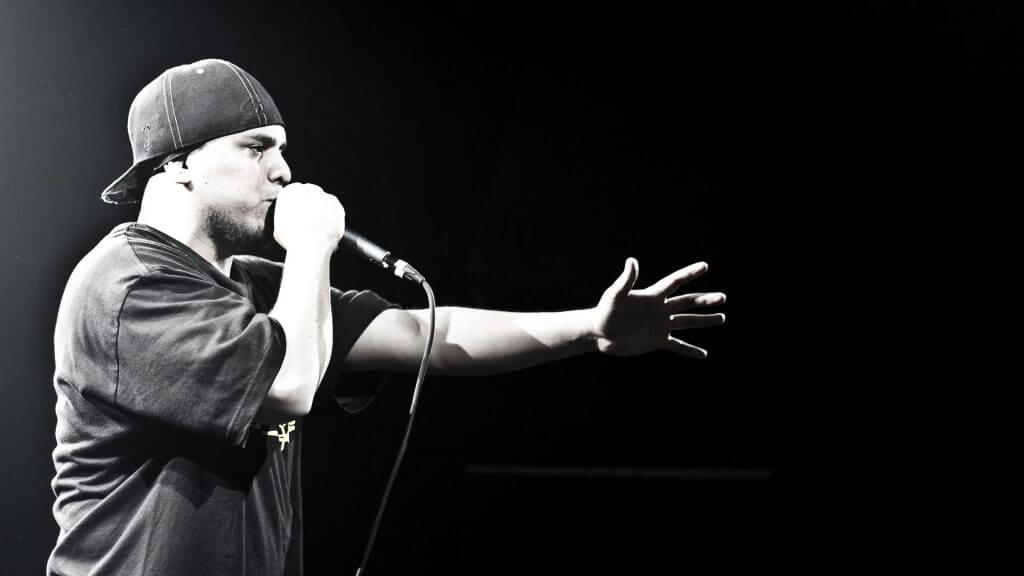 Immortal Technique is an American / Peruvian rapper and urban activist. Most of his lyrics focus on controversial issues in global politics. The views expressed in his lyrics are largely commentaries on issues such as class struggle, socialism, poverty, religion, government, imperialism and institutional racism. Immortal Technique has always voiced a desire to retain control over his production and has stated in his music that record companies, not artists themselves, profit the most from mass production and marketing of music. (Wiki) With his politically fueled, socially conscious lyrics and brutally honest delivery, Immortal Technique will always be an underground favorite. From his many, many excellent songs we picked OUR top 15 Immortal Technique songs. Are YOUR personal favorites not in here? Let us know in the comments!

“Immortal Technique, disintegrates mics when I spit / I cause more casualties than sunken slave ships…”

“Creation And Destruction” is the opening track off Immortal Technique’s debut album Revolutionary Vol. 1. The song is produced by the legendary Marley Marl and it samples The Notorious B.I.G.’s “Long Kiss Goodnight”. A perfect introduction to Tech’s intelligence, awareness and eloquence.

“My destiny is to show the world, that the music is real / Go back in time and play this sh** for the slaves in the field / And for my children in the future, waiting to breathe / People slowly dying hanging on, waiting to leave / Believe when I’m gone, and this album’s on a library shelf / I’ll be one with god and one with you and everything else…”

The last track from the monumental Revolutionary Vol 2, closes out the album on a somewhat positive and uplifting note. One love, One music, One people, One!

The title track and one of the stand-outs from Immortal Technique’s third album The 3rd World (the proceeds from which went to fund and construct an orphanage in Afghanistan). Though arguably not quite as strong as his first two albums, The 3rd World still was head and shoulders above most Hip Hop albums released in 2008.

“So if your message ain’t sh**, f*** the records you sold / Cause if you go platinum, it’s got nothing to do with luck / It just means that a million people are stupid as f*** / Stuck in the underground, a general that rose to the limit / Without distribution managers, a deal, or a gimmick / Revolutionary Volume 2, murder the critics…”

From Revolutionary Vol 2, “Industrial Revolution”  is another gem with great lyrics and amazing metaphors. In this song Tech attacks major labels and “the rap game” in general, while making perfectly clear HE will never be a puppet for the record companies.

“I’m stuck inside the future and life is chaotic / The government is psychotically racist and robotic / The matrix of entrapment is socio-economic / Neurotic conspiracy theory becomes reality / Life is war, and every day’s a battle to me / I’m on the brink of insanity, between extreme intelligence and split personalities…”

Even though Immortal Technique’s sophomore album Revolutionary Vol 2 is undoubtedly more polished and more consistent, Revolutionary Vol 1 is a true underground classic as well. “No Mercy”, “The Illest”, “Positive Balance” and the spoken-word gem “The Poverty Of Philosophy” are all dope as f. “Dominant Species” is another banging track from Tech’s debut, with some trademark Tech wordplay.

“How could this be, the land of the free, home of the brave / Indigenous holocaust and the home of the slaves / Corporate America, dancin’ offbeat to the rhythm / You really think this country, never sponsored terrorism…”

As usual, Tech pulls no punches on this track in which he gives his vision on the role of the mass-media as the ‘4th branch of the government’ – a tool of those in power to feed corrupted information to the masses.

“I just hate on n***** that promote Samboism / And white execs that love to see us in that position / They reflect the stereotypes of America’s vision / They want us dancing, cooning and hollering / Only respect us for playing sports and modeling / More than racism: it’s stay  in your place-ism…”

Talk about a dream line-up. With guest verses from Killer Mike and the show-stealing Brother Ali, and with Chuck D taking care of the hook – you know the result has to be a quality track, to which you really need to listen to let the message sink in.

” I’m on the border of Bolivia, working for pennies / Treated like a slave, the coca fields have to be ready / The spirit of my people is starving, broken and sweaty / Dreaming about revolution, looking at my machete / But the workload is too heavy to rise up in arms / And if I ran away, I know they’d probably murder my moms / So I pray to Jesú Cristo when I go to the mission / Process the cocaine paste, and play my position…”

A brilliant concept song in which Tech and 6 guest emcees all take a role as the story follows the path of cocaine from a field in South America to the streets of the U.S. Or in Immortal Technique’s own words in the outro of the song: “The story just told is an example of the path that drugs take on their way to every neighborhood, in every state, of this country. It’s a lot deeper than the n***** on your block. So when they point the finger at you, brother man? This is what you’ve got to tell them.”

The title track from The Martyr, a free compilation album of previously unreleased material and new tracks (with over 1 million downloads in its first week). This track has Tech doing what he has been doing since his debut ten years earlier: eloquently giving his view on the corruption and hidden agendas of big corporations, politics, and the mass media.

” I know too much, the government is trying to murder me / No coming back like cutting your wrists open vertically…”

Another gem from Immortal Technique’s magnum opus Revolutionary Vol 2, this one with an orchestra-esque backdrop and a super dope beat. “Point Of No Return” is a brutal song expressing Tech’s outrage about the world we live in and the way in which history is shaped and reinvented to suit the purposes of those in power.

“This sh** is run by fake Christians, fake politicians / Look at they mansions, then look at the conditions you live in / All they talk about is terrorism on television / They tell you to listen / But they don’t really tell you they mission / They funded al-Qaeda / And now they blame the Muslim religion / Even though Bin Laden was a CIA tactician / They gave him billions of dollars, and they funded his purpose / Fahrenheit 9/11, that’s just scratchin’ the surface…”

This controversial single produced by DJ Green Lantern features Mos Def on the chorus and samples Jadakiss and Eminem. It purports 9/11 was an inside job. Right or wrong? You decide.

“I see the world for what it is, beyond the white and the black / The way the government downplays historical facts / Cause the United States sponsored the rise of the 3rd Reich / Just like the CIA trained terrorists how to fight…”

On this signature Immortal Technique track, Tech unapologetically slams the Bush administration and gives us his take on what’s the story behind 9/11 and terrorism in general. Whether you agree or not, and whatever your political beliefs are, you just got to admire Immortal Technique for forcing you to think for yourself.

One of the highlights of the overall truly excellent Revolutionary Vol 2. Powerful, intelligent lyricism over a somber but banging beat – the perfect example of Tech’s talent to empathize with the oppressed and impoverished. Quintessential Immortal Technique.

Another example of Immortal Technique’s sublime story-telling abilities, this time not politically charged, but about relationships. A heartfelt story about true love and loss that will resonate with many. Beautiful song.

“So when the devil wants to dance with you, you better say never / Because the dance with the devil might last you forever…”

“Dance With The Devil” is an extremely descriptive metaphor for the degradation of values and culture, and the consequences of that degradation for individuals and society as a whole. An incredibly powerful and hard-hitting song with a clear message: don’t ‘dance with the devil’. Think about it.

While out in NYC in 2012, Montreality caught up with Immortal Technique for an extensive 40 minute long interview, here are the main topics that were discussed:

Connect with MontReality; The Urban Authority across Canada.

Immortal Technique "Dance With The Devil" (2001)