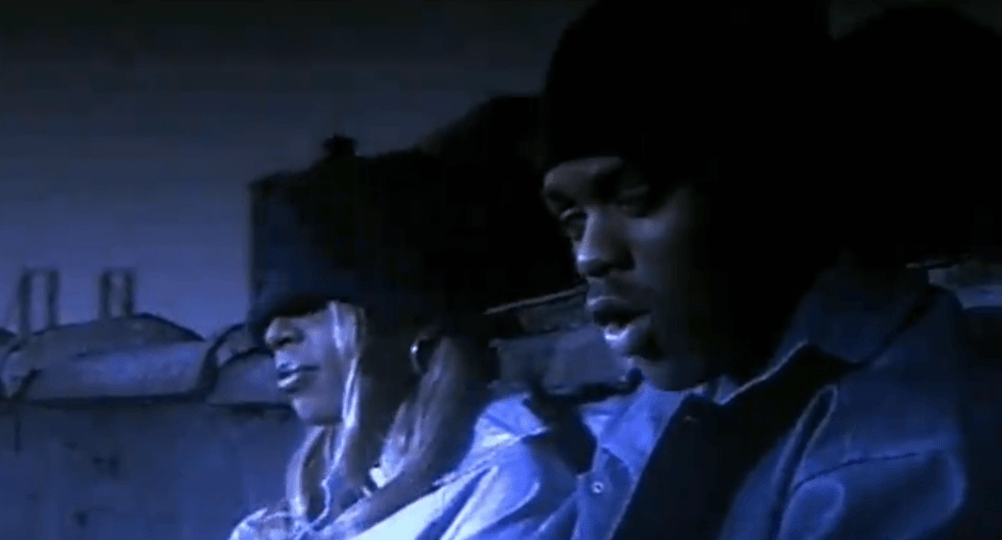 Even though Hip Hop has always been the perfect musical genre to convey the whole range of topics and emotions you can think of, the expression of romantic feelings may not be the first thing you would expect from your favorite Hip Hop artist. Amidst all the party rhymes, socially conscious lyrics, and tough-guy talk throughout Hip Hop’s history, there have been a surprising amount of great love songs, though. For this list we have selected 10 of our favorites – feel free to weigh in with your opinion if you think we missed some!

“Teenage Love” is the first single released from The Great Adventures of Slick Rick. The song deals with first infatuations and the powerful feelings of love and loss that go with it.

“Hey Bonita, glad to meet ya / For the kind of stunning newness, I must beseech ya / Being with you is a top priority / Ain’t no need to question the authority / Chairman of the board, the chief of affections / You got mine’s to swing in your direction / Hey, you’re like a Hip Hop song, you know? Bonita Applebum, you gotta put me on…”

“Here’s a tune about this honey named Renee / That I met one day / On my way back from John Jay / I’m peeping shorty as she’s walking to the train / I tap her on her shoulders / Excuse me miss, but can I get your name…”

“I’m too proud to beg, but I’m hoping that you not / I would take you back quick, girl, without a second thought / But I’m caught up in my pride and I can’t make the call / Didn’t want to break up, just a break, that’s all / It’s been a long time, I know I probably shouldn’t have left you / Cause your the only woman that I wanna sleep next to…”

A typical Murs track in which he is not afraid to show his feelings. Do you know these love-hate kinds of relationships? Then this is the song for you. Few do these kind of songs better than Murs does.

“Seven whole years, seven whole years / It was supposed to end with our grandkids / Luckily for me I’m used to being cut short / But I’m such a nice guy, why Lord? / Why Lori? Why’d you have to take her from me? / I guess He needed your angel face for all of heaven to see / Your picture’s still on my mirror, and it’s so scary / I swear, I still ain’t looked at your obituary…”

As much beautiful spoken word poetry as a rap song, this heartbreaking track has to be among the most poignant, personal narratives ever recorded.

Ab-Soul tells us about the rare virus (called Steven-Johnson Syndrome) he contracted as a child, which would hinder his vision and cause a skin condition that would render his lips very dark. He relates how this caused much teasing in his adolescent years, but how he found true love anyway – only to have this love end tragically after a 7-year relationship.

Featuring a verse by Eve and with Erykah Badu on the hook (Jill Scott on the album version), this is one of The Roots most popular songs, winning a Grammy award in 2000 (for Best Rap Group Performance). A great Hip Hop love song to vibe and chill with.

“I never knew a luh, luh-luh, a love like this / Gotta be something for me to write this / Queen, I ain’t seen you in a minute / Wrote this letter, and finally decide to send it / Signed sealed delivered for us to grow together / Love has no limit, let’s spend it slow forever…”

“The Light” is the second single from Common’s album Like Water For Chocolate. The song is a love letter devoted to Erykah Badu, his girlfriend at that time. Produced by legendary J-Dilla, this is one of Common’s biggest hits and most recognizable songs.

“Now there she goes again, the dopest Ethiopian / And now the world around me be just moving in slow motion when- / Ever she happens to walk by – why does the apple of my eye / Overlook and disregard my feelings no matter how much I try? / Wait, no, I did not really pursue my little princess with persistence / And I was so low-key that she was unaware of my existence / From a distance I desired, secretly admired her / Wired her a letter to get her, and it went / My dear, my dear, my dear, you do not know me but I know you very well / Now let me tell you about the feelings I have for you / When I try or make some sort of attempt, I symp / Damn I wish I wasn’t such a wimp / Cause then I would let you know that I love you so / And if I was your man then I would be true / The only lying I would do is in the bed with you / Then I signed sincerely, the one who loves you dearly, PS Love Me Tender / The letter came back three days later: Return to Sender, damn…”

In a time when gangsta rap was starting to dominate West Coast Hip Hop, these guys didn’t feel the need for gangster posturing and weren’t afraid to show their funny & vulnerable sides in a song where they didn’t get the girl. “Passin’ Me By” is one of the big tracks off their epic debut album Bizarre Ride II The Pharcyde and an undisputed Hip Hop classic.

“I can’t sit and wait, for my princess to arrive / I gotta struggle and fight, to keep my dream alive / I’d search the whole world for that special girl / And when I finally find you, watch our love unfurl / I need love…”

The ultimate Hip Hop ballad. A bit corny? Sure. But just admit it – you love this track too. It’s true that LL Cool J’s later attempts on love songs / Hip Hop ballads were more often miss than hit, but this pioneering Hip Hop ballad is a classic we all know the words to.

“Shorty I’m there for you anytime you need me / For real girl, it’s me in your world, believe me / Nothing make a man feel better than a woman / Queen with a crown that be down for whatever / There are few things that’s forever, my lady / We can make war or make babies / Back when I was nothing / You made a brother feel like he was something / That’s why I’m with you to this day boo no fronting…”