“Who’s in your Top Five” is among the most compelling questions for any Hip Hop enthusiast. Enthusiasts and purist alike, even ask themselves, constantly, making sure that no matter what, and no matter when, they’ll be ready to answer that question.

For many, Top Five DOA lists start like boring cue-cards with Jay-Z, Notorious BIG, and 2 Pac at the ready whenever asked. However, most people with these cookie-cut and super-safe lists never really understand why and how Jay-Z is in that list; they happily find comfort in knowing that they’ve just lowered the probability of a challenge. But, it is hard to ignore Jay-Z’s everlasting influence and significance in Hip Hop; yes, he’s still that cool, and no matter how hard we deny it, we still smile to ourselves, secretly, when we catch wind of a new song from Hov.

When ranking emcees, it’s important to keep in mind the following question: What’s the criteria? If money and record sales are in the mix, then, forget it; there are only about 5 emcees, anyway, who can, and who should be discussed in that regard. Incorporating aspects of “bling” into the standards will surely reduce any remnants of truth and validity that you THOUGHT were there. If you ever wondered what a T5DOA list looks like, accompanied with a thorough analysis answering all of the “why’s”and “how’s”, then keep reading, I’ve got you covered. However, if images of bling (whatever that looks like), money, and Fetty Wap cross your mind, then please read this article about 3-5 times, delete that god-awful playlist that you’re vibing out to, and give us nods in appreciation, and (re)tweet this joint to everyone you know. It’s much appreciated.

DISCLAIMER: In no way is this list exhaustive – T5DOA list change every other week (every other day for some!). This is sort of a, “How To Guide” when crafting your Top 5ive Dead or Alive list. 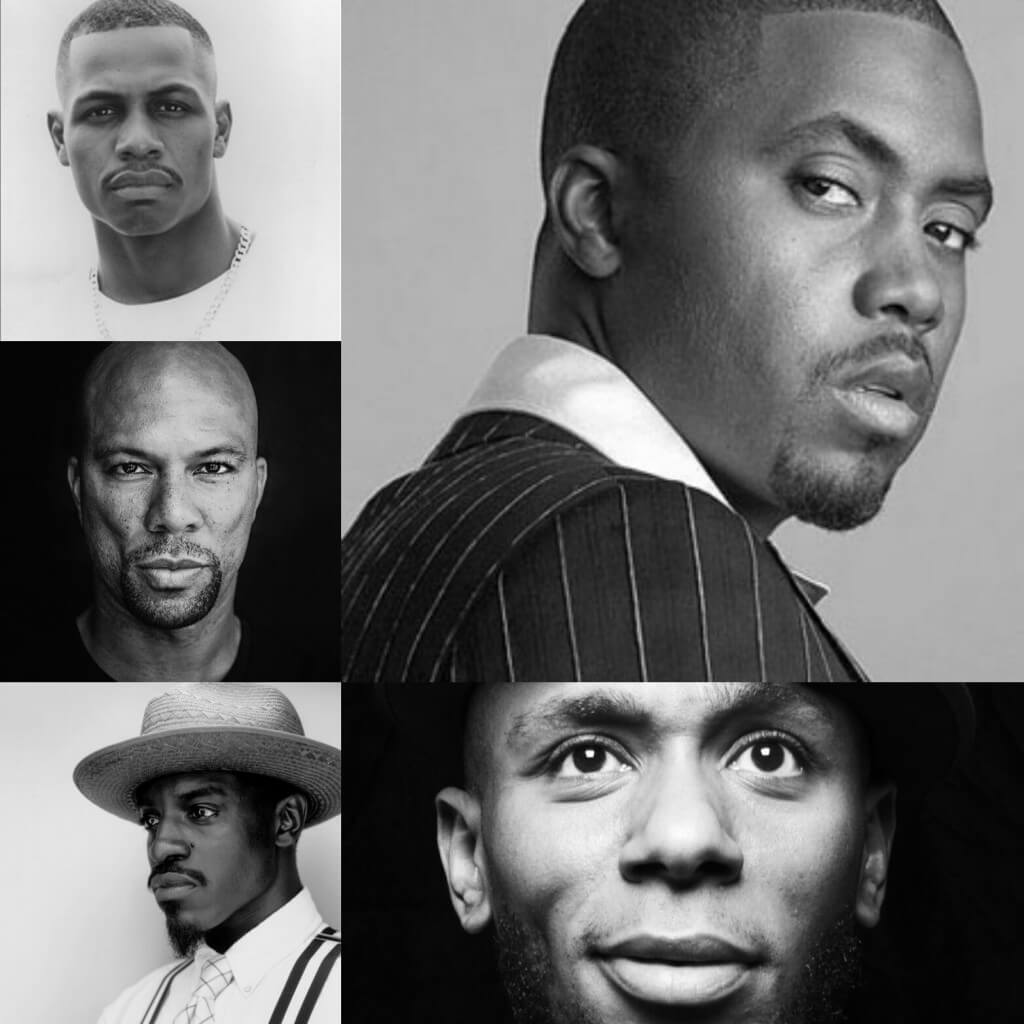 Surely, this is not a name you thought to see at the top of this list, and no, the “J” and the “Y” didn’t mistakenly get omitted in the spelling, nor has there been an incredible error in the editing of this article.

AZ is in an elite group of emcees; he was featured on one the greatest albums EVER, in all of music (Illmatic), and, he probably outshined his brother from Queens, on said album. To be exact, the Hip Hop world fell in love with AZ from “Life’s A Bitch”. To answer how, we’d have to start with the following: “Visualizing the realism of life in actuality/Fuck who’s the baddest, a person’s status depends on salary…”. Yeah, easily top five bars of all time. To put it lightly, AZ managed to give us life’s other golden rule: Make as much money as humanly possible, because realistically, that’s what matters to the world we’re in – being a capitalist feels great!

Now, this offering alone doesn’t put AZ in the T5DOA category, but, it helps severely. Take into consideration AZ’s uniqueness, delivery, and long-standing career, and, you’re on your way to validating a potential T5DOA candidate. But, as always, everything is debatable. 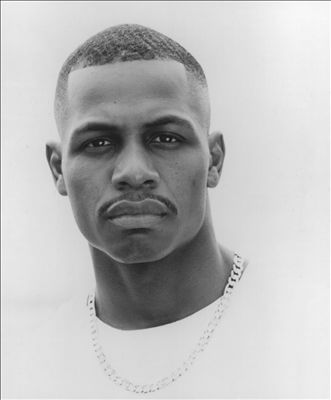 “I don’t hate players, I don’t love the game/ I’m the shot clock way above the game/ to be point blank with you mother-f*** the game”. Simply put: ill. If Manhattan keeps on making it, while Brooklyn keeps on taking it, then, blame Mos Def because this emcee helped to take the game [This is definitely a pun] to an entirely new height.

Mos Def is to Hip Hop what Minister Malcolm X was to the Black Man; a breath of new life. Mos Def, arguably one of the most skillful artists (not just an emcee) of our time. As witty and as sharp as Notorious BIG, as intelligent as KRS-ONE, and with rhymes that would make Jay-Z think twice, Mos Def is arguably one of Hip Hop’s golden emcees.

Perhaps, just as slept on as Redman, Mos Def is the quintessential cyphering emcee that made the genre as lovable as what it is today. Trading bling for substance, and by relating to the common man, Mos Def appeals to you: whether rich, poor, atheist or Muslim; Mos Def is able to turn on the lights in your soul while his words command your utmost attention.

Easily one of the many emcees who could probably crush whomever was at the top of your Top 5 DOA list when you began reading this piece. 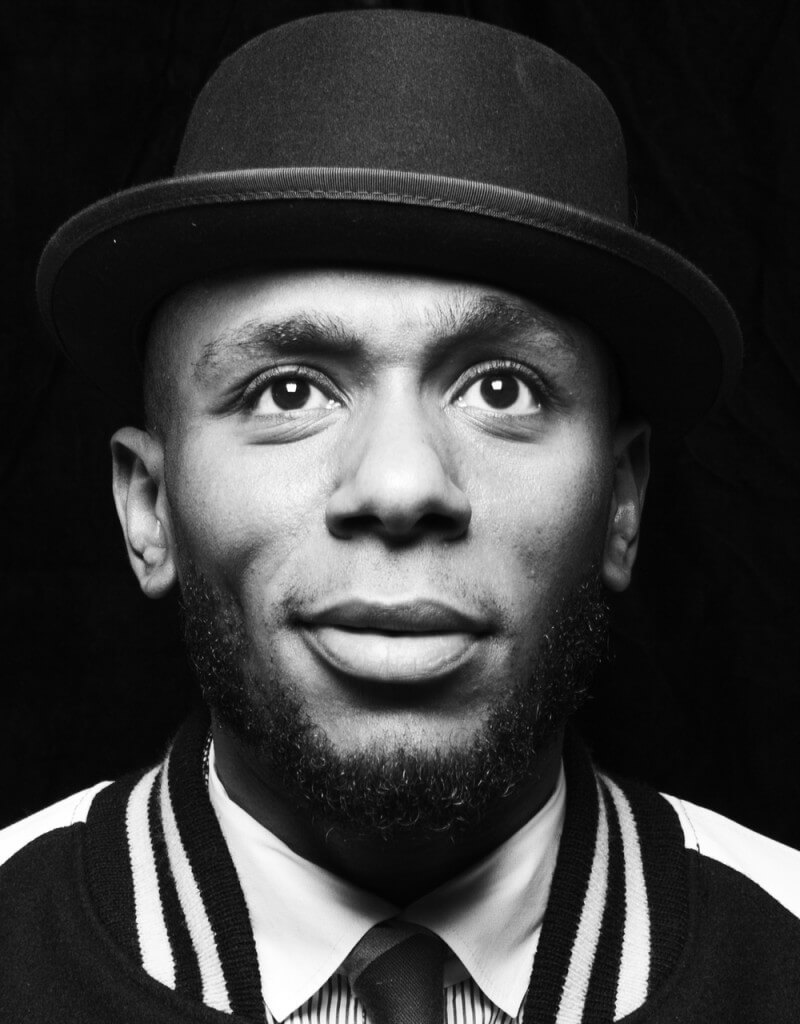 The guy made Illmatic. He made “Ether”, a word once uncommonly used like ‘prestidigitation’ and made it into both a verb and as a barometer to measure how bad (good) something is. Simply put, the man is a Hip Hop titan and THAT is irrefutable.

But, of course, there’s more. It should go without saying that Nas’ ‘Illmatic’ is one of the most compelling pieces of art of the 20th century. “The World Is Yours” took jazz, Hip Hop, and the soul of Rich Porter, and put it all in a blender to give you the 20-something-year-old Black Man’s reality; “I’m out for presidents to represent me”; a theme commonly associated within the album and with Hip Hop at large.

Fast forward to present day, Nas is still that same gritty emcee, rhyming as if he were the sharp-minded and foul-mouthed fifth member of A Tribe Called Quest who got left out of the group. Lines like “How he disappear and reappear, back on top/ saying Nas must have naked pictures of God or something” proves that he’s still lyrically inclined to be mentioned among the crème de la crème of emcees. 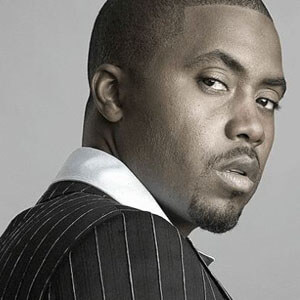 “I Used To Love H.E.R.” is, perhaps, one of the most infectious and influential songs in the culture. This one song prompted an urban millennial classic; Brown Sugar, anyone? This song was the “Me And My Girlfriend” before 2 Pac’s ’96 classic.

Aside from this song, Common penned one of the most lethal diss records (The Bitch In Yoo) in Hip Hop. Aimed primarily at Ice Cube, and Mack 10, Common proved that he could carry his weight in the battle arena as well as in the cypher.

Furthermore, Common’s ability to recreate, and even re-imagine himself over his 20 plus year career has been incredibly influential in Hip Hop. Whether influencing the sultry raps of Erykah Badu, or helping to inspire newer emcees such as Oddisee to write beyond the drug game, fat booties, and bling, Common has earned his place at the forefront of the Hip Hop elite. 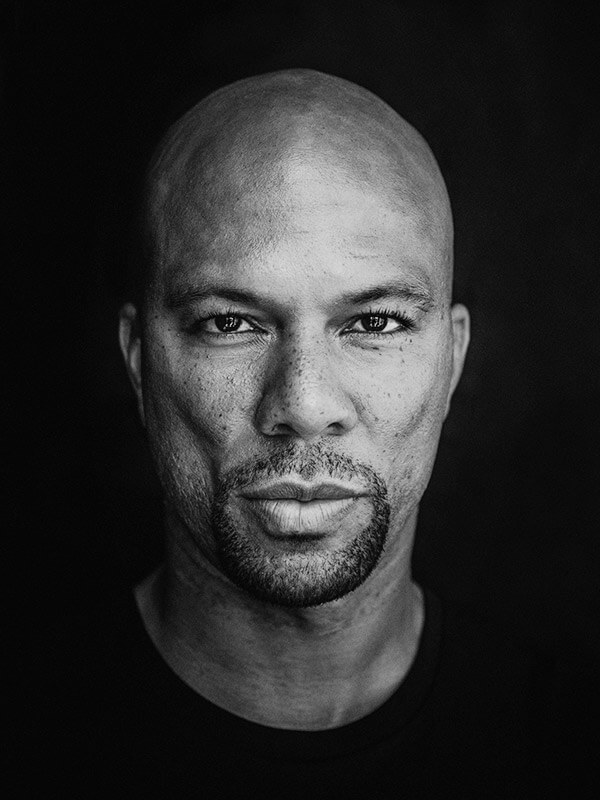 Andre Benjamin is the one on the list who is perhaps the most threatening to the cookie-cut offering that we discussed earlier. Although New York (Bronx) is the mecca of Hip Hop, we’ve celebrated other artists who aren’t from the Big Apple.

Aside from 3 Stacks and Common, the other emcees on this list are all New Yorkers. This is important to mention because southern emcees seem to seldom get their “just due” for being incredibly dope emcees; usually, it’s, “he’s one of the best rappers from out of the south…” That’s a pretty limiting phrase, and reality, for someone so great.

Anyhow, Andre 3000 deserves mentions here for helping pioneer the eclectic side of Hip Hop. When everyone else wore Girbaud Straps, Dre 3000 had on an absolute hideous argyle sweater, and, other weird accoutrements, while being able to steal the show solely based on his ability to bend and twist words together until he left the audience wide-mouthed and silent. 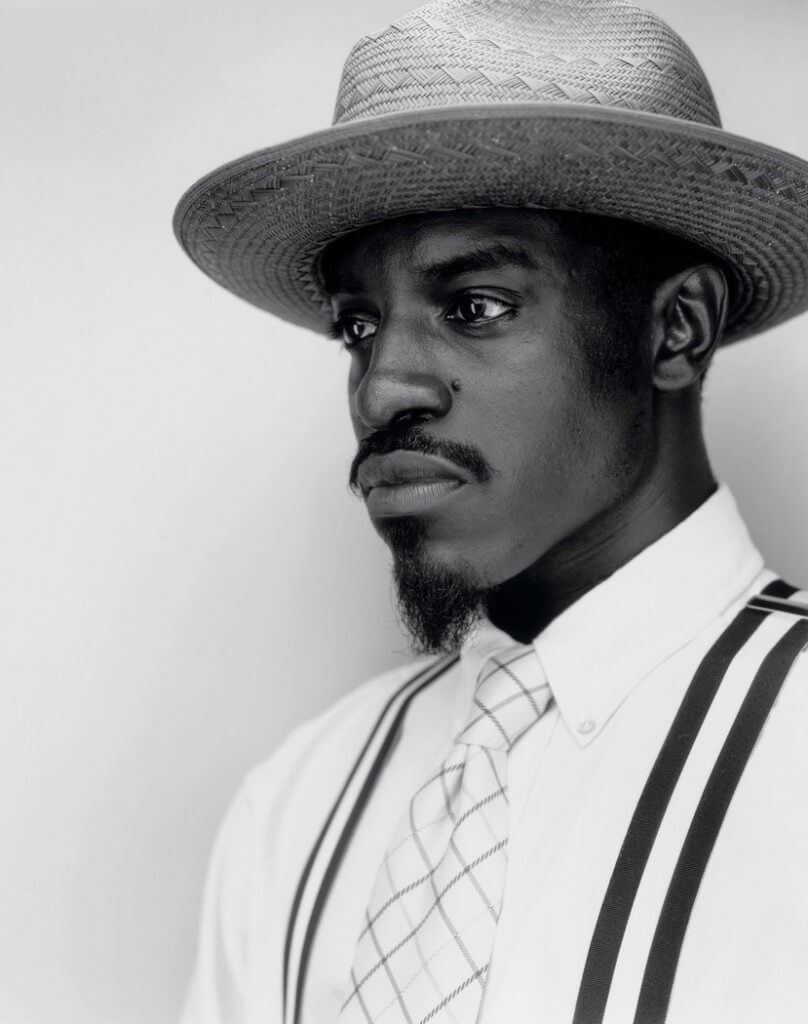 As one of the founding members of Hip Hop’s few bands, and as one of the most compelling and intellectually-sound emcees of this era, Black Thought should just about be on his way to the Hip Hop hall of fame. Before his jersey is hung in the rafters, and his number retired, let’s reflect: What started out in Philly became a musical phenomenon, in regards to The [Square] Roots.

Simply put, Black Thought is what Bleek Gilliam would be, if he were an emcee instead of a trumpeter… “Mo Betta Blues” anyone? Forwardly speaking, Black Thought’s ability to blend intelligence, street knowledge, love, and wisdom all in one take is the ultimate Hip Hop quartet; it’s the perfect blend of grit and melody, married together over organic blends, and soft-sung strokes to give us The Roots.

Black Thought is by far one of the most compelling, if not interesting, emcees of our time. With hypnotic lines like “That snake, could be that chick or that rat, could be that cool cat, that’s whispering ‘she trying to play you for the fool Black’” and songs such as “The Seed 2.0” solidify why this emcee could be in any purists’ Top 5. 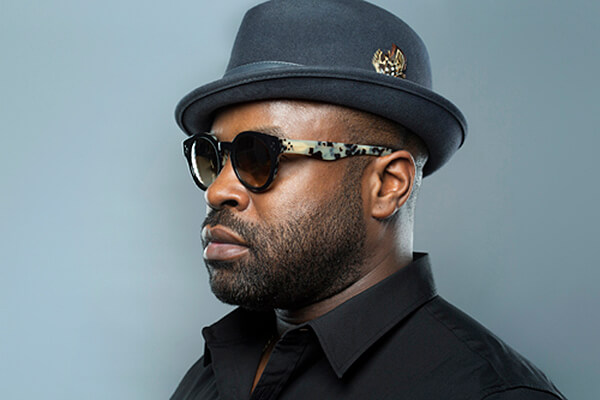