Released on September 27 in 1994 and taken from his second album Resurrection, I Used To Love H.E.R. has become one of Common‘s best-known songs and is widely regarded as one of the best Hip Hop songs ever.

The song uses an extended metaphor, using a woman to represent Hip Hop music. The acronym “H.E.R” means Hip Hop in its Essence is Real.

“I might’ve failed to mention that this chick was creative
Once the man got to her, he altered the native
Told her if she got an image and a gimmick
That she could make money, and she did it like a dummy”

The song speaks on the direction that Hip Hop took during the late 1980s and early 1990s. It specifically refers to the fall of conscious and Afrocentric rap; as well as the rising popularity of West Coast Hip Hop and G-funk. In the song, Common makes an analogy comparing the degradation of a woman with the deterioration of Hip Hop music after its commercial success forced it into the mainstream. This criticism ignited a feud with West Coast rapper Ice Cube, and helped fuel the growing animosity towards the West Coast Hip Hop scene during the early stages of the East Coast-West Coast rivalry despite Common hailing from the Midwest. (Wikipedia) 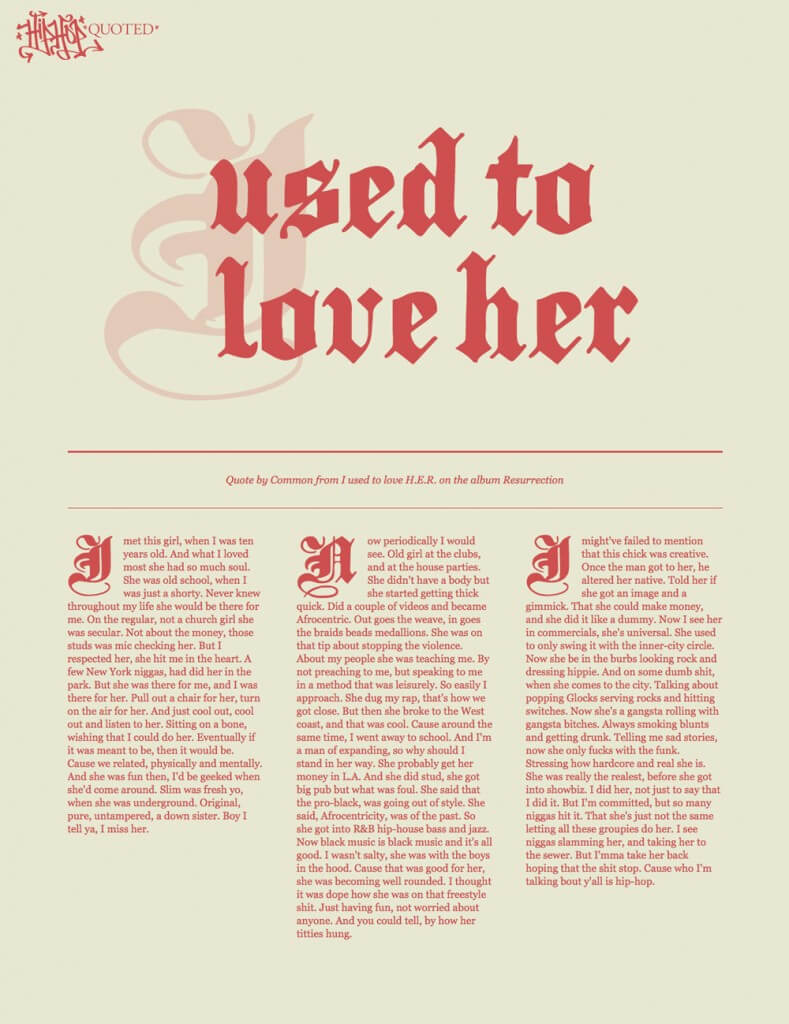