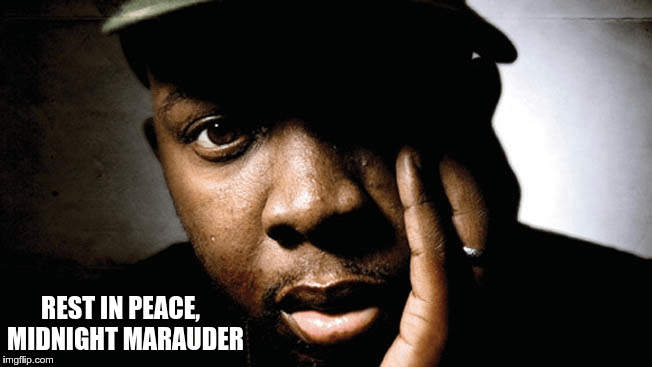 8 Ferocious Phife Dawg Cameos: In the wake of the legendary MC’s passing, the Hip Hop community is still saddened by the fact that Phife Dawg’s mic has gone silent. Here are eight examples of the ATCQ heavyweight throwing bombs on other people’s tracks.

Mint Condition - Let Me Be The One

Not many people could remix Mint Condition’s music and do their song any justice. Leave it up to The Ummah (Q-Tip, Ali Shaheed Muhammed and the late great J.Dilla) to pull it off. Having a five-foot assassin as an associate certainly didn’t hurt. Phife can do his roughneck business over jazzy beat.

Slum Village - Push It Along

Is Phife hanging with dem boys or what? This ATCQ “remake” wouldn’t be the same without the legendary MC’s assistance. Phife does an amazing job altering his flow to match Slum Village’s excellent MC’s, not missing a beat.

Funny, now looking at this video, I realize that Phife gave the Fu-Schnickens a master class on the difference between being funny and being silly. No matter what the legend what spitting, he never dropped his seriousness or said something embarrassing. Not to rag on the Fu’s, mind you, rather just noticing the difference in their levels.

Shaquille O’Neal - Where Ya At?

Speaking of the Fu-Schnickens, they are responsible for unleashing Shaq-Fu on the world. Now, I won’t take away too much from the big man: he has a decent flow and a few hits. Of course, anything with Phife on it is going to give it instant legitimacy.

Man does Phife get hype on this track. Best believe will.i.am hooked the beat up to ridiculous proportions, and Phife doesn’t waste a breath. I LOVE THIS TRACK. Phife is just flowing his ass off in full god mode. Naaah mean!

Consider that Big Pooh’s group Little Brother is basically ATCQ from a Southern alternative multiverse, it’s very surreal to hear the two MCs together. They play the same function for their respective groups; be the firecracker that sparks the whole track. Big bro has no problem keeping up with the younger fella.

Next Evidence - It’s Only Right

Don’t even pretend like you know who Next Evidence is. Just look them up after you finish jamming to this track of theirs with Phife Diggy doing what he does best.

Let’s end where it all began. De La’s Buddy video debuted Phife to the world. His lines would be edited from it due to time restraints, but he can be found on the album version getting right to the point, choosing the no-nonsense route instead of being coy like the other MC’s on this posse cut.