The year was 1990, and I was a senior in High School. Every day that I came home from school, I would look forward to my favorite show; Yo! MTV Raps. This is where I got to see the videos for the songs I was listening to, as well as discover new artists. On this day I found a new group, rather a Tribe, with a very distinct sound…they were talking about El Segundo.

From the moment I saw the dancing stick figure in the video, I was hooked. I went to the store the next day to pick up People’s Instinctive Travels and the Paths of Rhythm. I wanted to hear more of Q-Tip’s lyrics. The first track on the record, “Push It Along”, changed my whole view of this Tribe. When the second verse started, it wasn’t Tip’s voice coming through my boom box, it was someone else. It was a small portion of a seven-plus minute song, but I wanted to hear more from this Phife character. I didn’t hear anything more from him on that whole first side of the tape. I was beginning to think he was a featured artist, and I was going to have to go and find his solo tape. Then, toward the end of side 2, he was back. Again, a verse here, a verse there and then he was gone.

The end of 1991 brought the sophomore effort from ATCQ, and I had to have it. By this time, I knew who Phife Dawg was and I knew that he would be on that record. What I didn’t know was that this was going to be his coming out party. The first track was “Excursions”, and I was upset to find that Phife wasn’t rhyming on it at all. Then it happened…..track two; “Buggin’ Out”. Yo! Microphone check, one two, what is this? The five foot assassin with the roughneck business…. Phife was talking about Arsenio, the Winans family, Dr. Pepper, New Balance shoes; I couldn’t keep up with him! Where was Tribe hiding this crazy talent on their first record?  I continued listening and soaking up all of Phife’s lyrical content, and then “Scenario” happened. The greatest line that I had ever heard delivered, the “ooooooh s***” moment of “oh s***” moments happened. “I’m all that and then some, short, dark, and handsome, bust a nut inside your eye, to show you where I come from.” WHAT JUST HAPPENED? DID HE SAY THAT?? Phife had arrived, and everyone stood and took notice.

Two years later, Tribe delivered us Midnight Marauders. This is, in my opinion, the most cohesive Tribe record of all. This album was the equivalent of a runner hitting their stride. If I’m putting only one Quest record in my top 10 of all time, this is the one. I always thought that Phife was at his overall best on this album. From “Award Tour” to “Oh My God”, everything he did was at a level of maturity that he hadn’t shown yet. But when he drops in on “Lyrics to Go”, he sets the competition straight: “Talk a lot of trash, but no one can seem to beat it, pull out your microphone, and watch the Phifer make you eat it.”

When Q-Tip was delivering lines that were above my head, and Ali Shaheed was dropping beat combinations too complex for me to comprehend, Phife was always there for me. Phife Dawg was the “every man emcee”. He spoke from the heart, his lyrics came from the soul, and he said things that I could understand. It was like one of my friends had made it big time. Someone who I went out and played ball with. Someone I hung out on the corner with. Phife was the most famous “one of the guys” out there. Phife was one of my favorite emcees.

On this day, 26 years after my discovery of ATCQ, it is time to say good-bye. Good-bye to the five-foot assassin. Good-bye to the funky diabetic. Good-bye my Zulu brother, Malik. Good-bye to the Phifer. While he has left us in physical form, his words will live on forever. We will take solace in the music that he left behind and imagine the music he and his good friend, J-Dilla, are putting together now. Fresh in Peace, Brother Malik. 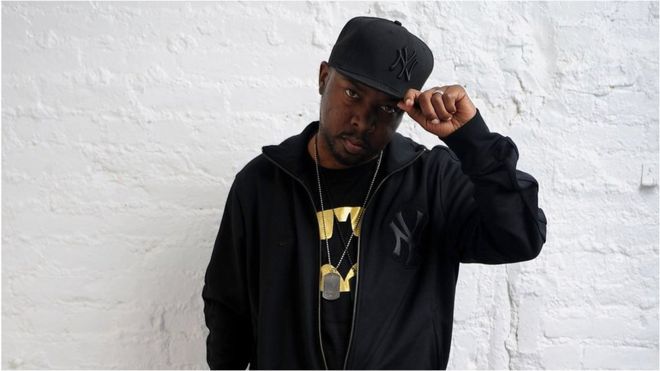