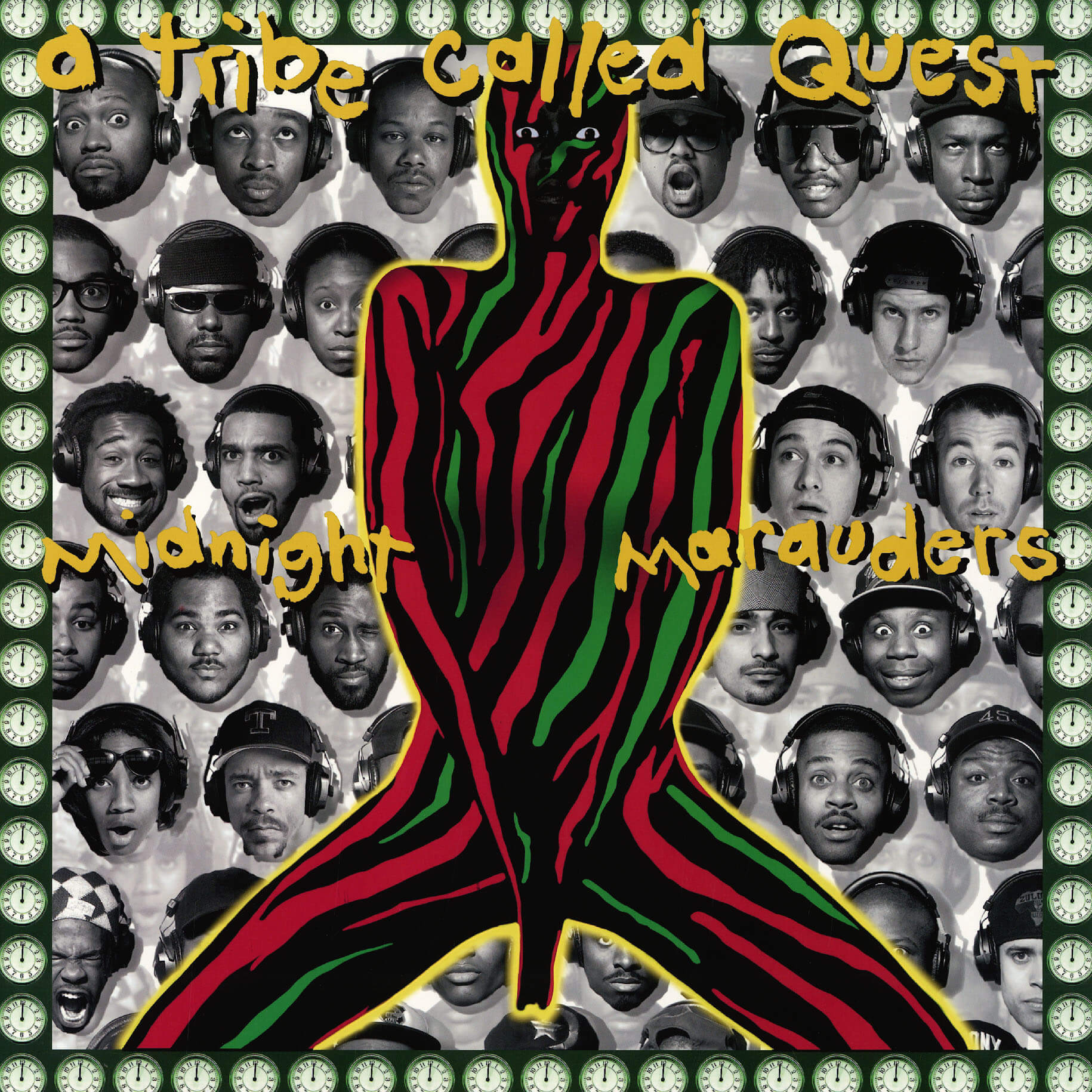 “Relax yourself girl, please settle down...”

Steve Biko (Stir It Up)

We Can Get Down

Midnight Marauders is the third album by A Tribe Called Quest, released November 9, 1993 on Jive Records. It was released two years after A Tribe Called Quest’s second album, The Low End Theory, and reached #1 on the R&B/Hip Hop Charts and #8 on the Billboard 200 in 1993. Midnight Marauders is also seen by many fans and critics as a classic jazz rap album along with The Low End Theory.

The album Midnight Marauders was a critical and commercial success, especially the hit single “Award Tour”. “Award Tour” was the first single released from the album and it is their highest charting single to date. It peaked at #47 on the Billboard Hot 100 chart, and #1 on the U.S. Hot Rap Singles Chart. The single features Trugoy from De La Soul on the chorus. Subsequent singles released from the album were, in order, “Electric Relaxation” and “Oh My God” which featured a sample of former Leaders of the New School Emcee Busta Rhymes on the chorus. The same sample of Busta Rhymes was also used on the last track of the album “God Lives Through”.

The listener is guided through the program by a robotic voiced woman played by Laurel Dann. As this voice tells the listener at the end of “Award Tour”, the meaning of the album’s title derives from a figure that “seven times out of ten, we listen to our music at night”, hence the “Midnight”, and that the word maraud means to loot, and A Tribe Called Quest “maraud for ears”. One of the group members, Ali Shaheed Muhammad, described the album’s name this way: “We decided to call the album ‘Midnight Marauders’ because A Tribe Called Quest are like sound thieves looting your ears.”

With this album, A Tribe Called Quest “shifted their attention to more urban concerns”. Rather than simply discussing violence, the group’s songs tell stories about everyday events such as a trip to a bodega or a getting a milkshake. However, while they have paid more attention to everyday life, the album is still mattered with typical Hip Hop subjects such as racial issues and sexual tension.