Bars Of Wisdom | Nas “It Ain’t Hard To Tell”

“So Analyse Me, Suprise Me, But Can’t Magmatize Me…”

When entering the field of battle, competition is going to be fierce. You’re surrounded by people equally as hungry, uniquely gifted in their own right, and with a game plan to bring something of their own to the table. Staying true to what you know best, the blueprint and playbook that got you there in the first place will stand you in good stead. Nas entered the colosseum of Hip Hop with his album, Illmatic, in 1994. By that time, there were warriors and champions, some established and some in the making, at every corner he could set eyes on:

The list of artists and geniuses who released in a 3 year period between ‘91-’94 is endless, let alone the first half of, or even the entire decade; It’s by no mistake that the 90s is unanimously seen as the golden era of Hip Hop. This is what a young, 21-year-old Nas was up against, plus the small matter of The Notorious B.I.G. lurking in the shadows and ready to make himself be known with his debut too (gulp).

But when it was all said and done, Illmatic’s impact was felt immediately. Praise from the streets, praise from the fans, praise from the critics. Full house. Nas created a body of work that has stood the test of time and remains firmly in the majority of Hip Hop fans’ top 10 favorite and/or greatest albums to be ever made. But how? How did he step up and enter the game at its fever pitch, at its most scorching hot moment and rise like a phoenix, demanding that his ring be kissed? It’s time for our good friends identity, lifestyle, and logic to enter the equation. 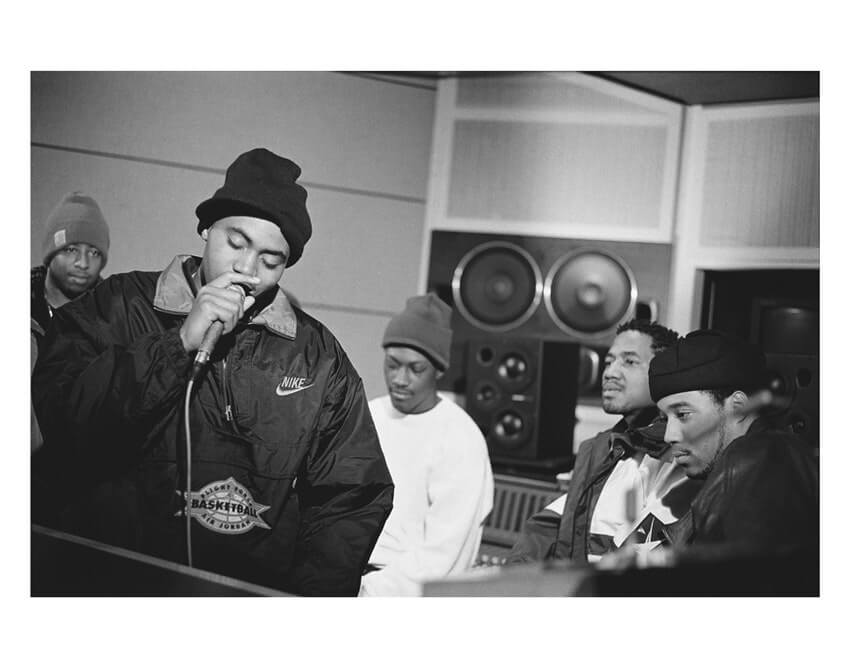 Nas is a strong-minded individual. He is a proud African-American and New York native (Queensbridge, specifically). He has made this clear in his poetry ever since he burst onto the scene until this very day. He’s drawn from his upbringing and family to mold himself into a fine wordsmith. In “It Ain’t Hard To Tell”, he delivers a masterclass in lyrical flexing. The narrative is essentially in the form of “‘Cos I can” whilst over a Michael Jackson sample too. Brave, bold, brilliant.

“So analyse me, surprise me, but can’t magmatize me,
Scanning while you’re planning ways to sabotage me…”

So assured and in total belief of himself and his craft, Nas even gets away with inventing a word right then and there. He knows that in the game he’s in, opinions are a constant that he has no control over; What Nas can control though is his input. He tells us early in the song that he’s “half man, half amazing” and signs off by saying “my poetry’s deep, I never fell, Nas’ raps should be locked in a cell; it ain’t hard to tell”.

Nas clearly has no issues telling listeners that he is the gifted MC and cerebral lyricist. It’s the kind of confidence you’d expect to see from a veteran, but as his bars of wisdom suggest, he will do his part regardless of the narrative – he will not be stopped and as listeners, we can be invested in the journey or not. Either way, Nas is unfazed. This has definitely been a theme in Nas’ music in his career too, when you consider some of his other messages throughout his catalog – some examples:

In his consistency and belief in himself, regardless of obstacles, Nas has shown us transferrable lessons that we can take on and learn from in our own lives. So much so in fact, he has been honored by Harvard with a fellowship program. What makes this even cooler is that Nas has demonstrated that intelligence cannot be measured with a straight curve – considering he himself left school at a young age and sourced his knowledge from within his community and alternative texts. Nas has shown us that, with strong foundations and beliefs in your identity, you can lead a rewarding lifestyle and develop a strong logic to navigate through life’s challenges and reap the rewards of your passions.

There are an abundant amount of examples where, in the face of setbacks and chitter-chatter, an inner belief and hunger to win is channeled in order to reach success or whatever endgame was set out. Would Warren Buffett had made his vast fortune if he listened to the naysayers in regards to his investment strategies? Would Issa Rae have taken Hollywood by storm with her tireless efforts to bring her artistic visions to life?

Issa Rae has been casted as the first ever black spider woman👏🏾❤️ pic.twitter.com/YXe1XKL0aO

People of this ilk have made their plays despite all the noise surrounding them and have come out firmly on top. They can be analyzed, perhaps they can be surprised, but just like Nas, they can never be magmatized.

Before I sign off, I would also like to mention and recommend the documentary, “Time Is Illmatic” which can be found on Netflix. Whether you know about Nas and his work or not, it’s a fantastic display of the great man’s process and influence behind the album as he reflects on his magnum opus retrospectively.

Do yourself justice, utilize your mind.

A Word On The Song/Artist 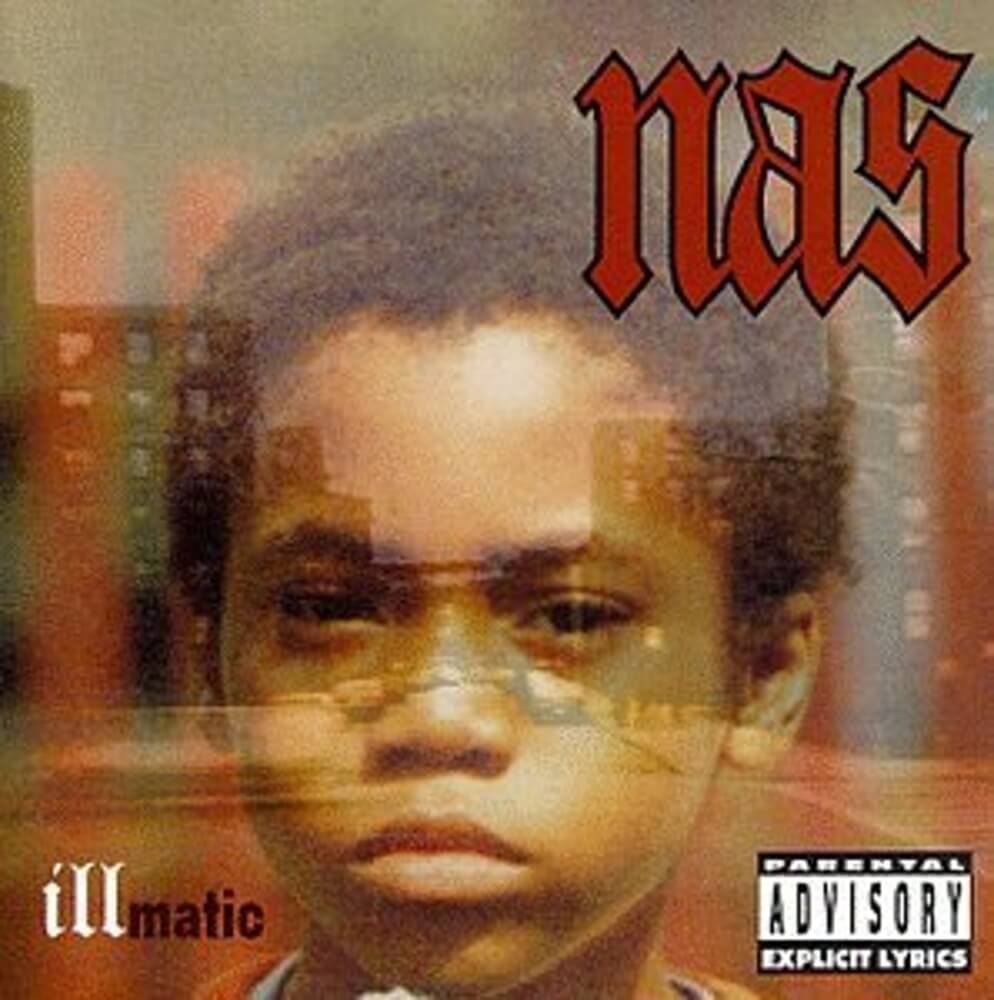 Illmatic. It just sounds mythical. Just uttering the word sends chills up my spine. That’s impact. That’s legacy. I only wish I could have been old enough to experience it fully and immerse myself in its moment when it was released. Whether it’s the storytelling in “One Love”, the social commentary of “N.Y. State Of Mind” or the reflection/coming of age in “Life’s A B****”, Nas displays his arsenal of technical lyricism, smooth flows, and poignant delivery at every stage. Heavy artillery, no doubt, as he provides a wide array of themes, topics, and styles/approaches to rapping.

“It Ain’t Hard To Tell” was the leading single for the project and is a great display of his artistry, lyrical prowess, and flair as an MC. With his mind far beyond his years at a time where the wheels of the golden era of Hip Hop were fully in motion, Nas made sure he would stand out with his own stamp, effortlessly commentating on life in inner-city New York over masterful arrangements and production from the likes of DJ Premier, Pete Rock, and in the case of this song, Large Professor. It is perhaps my favorite track on this album alongside “The World Is Yours”. A timeless, classic album that can be given a spin on any given day for any given occasion. Oh, and of course, we can never forget nor downplay arguably the most iconic cover in Hip Hop.

Republished from Bars Of Wisdom

I write the bi-weekly "Bars Of Wisdom" newsletter which can be found here: barsofwisdom.substack.com. I also make Hip Hop playlists. Find me on Twitter, Instagram, Spotify, and Apple Music - @whosaria I welcom…