Leslie Edward Pridgen (born August 6, 1978), better known by his stage name Freeway, is an Hip Hop artist from North Philadelphia, Pennsylvania. He is perhaps best known for his tenure on Roc-A-Fella Records and his affiliation with fellow East Coast rappers, Jay-Z and Beanie Sigel. Apart from his solo career, Freeway is also known as a member of the rap group, State Property. In 2009, Freeway was briefly signed to Cash Money Records. 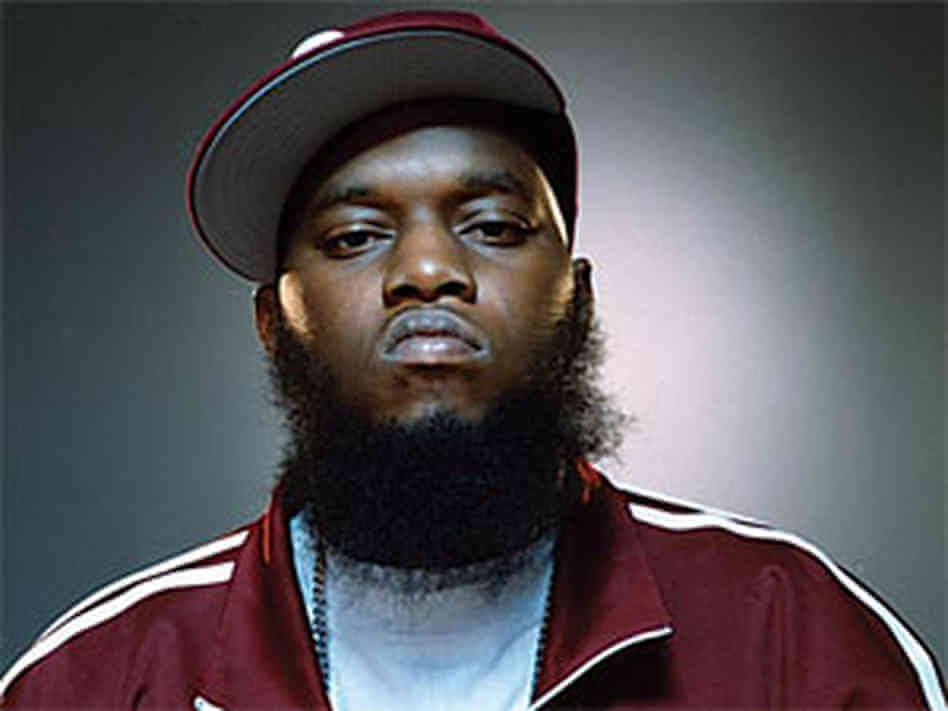 Freeway was born Leslie Pridgen, on August 6, 1978. He adopted his moniker from the name of the infamous drug trafficker “Freeway” Rick Ross. Freeway began his career by participating in freestyle battles in his high school and met fellow Philadelphia native Beanie Sigel, while rapping on stage at a hometown nightclub. Not long after being signed to Roc-A-Fella Records, Sigel put in a word for Freeway, who made his first appearance on The Dynasty: Roc La Familia, on the track “1-900-Hustler” with Beanie, Jay-Z, and Memphis Bleek. After the appearance, Jay-Z signed him to a deal; he was featured on “Think it’s a Game”, also alongside Jay-Z, on Beanie’s second album The Reason. In 2001, he underwent a notorious freestyle battle with then-unsigned rapper Cassidy, hosted by Swizz Beatz and lost with a unanimous judges decision. 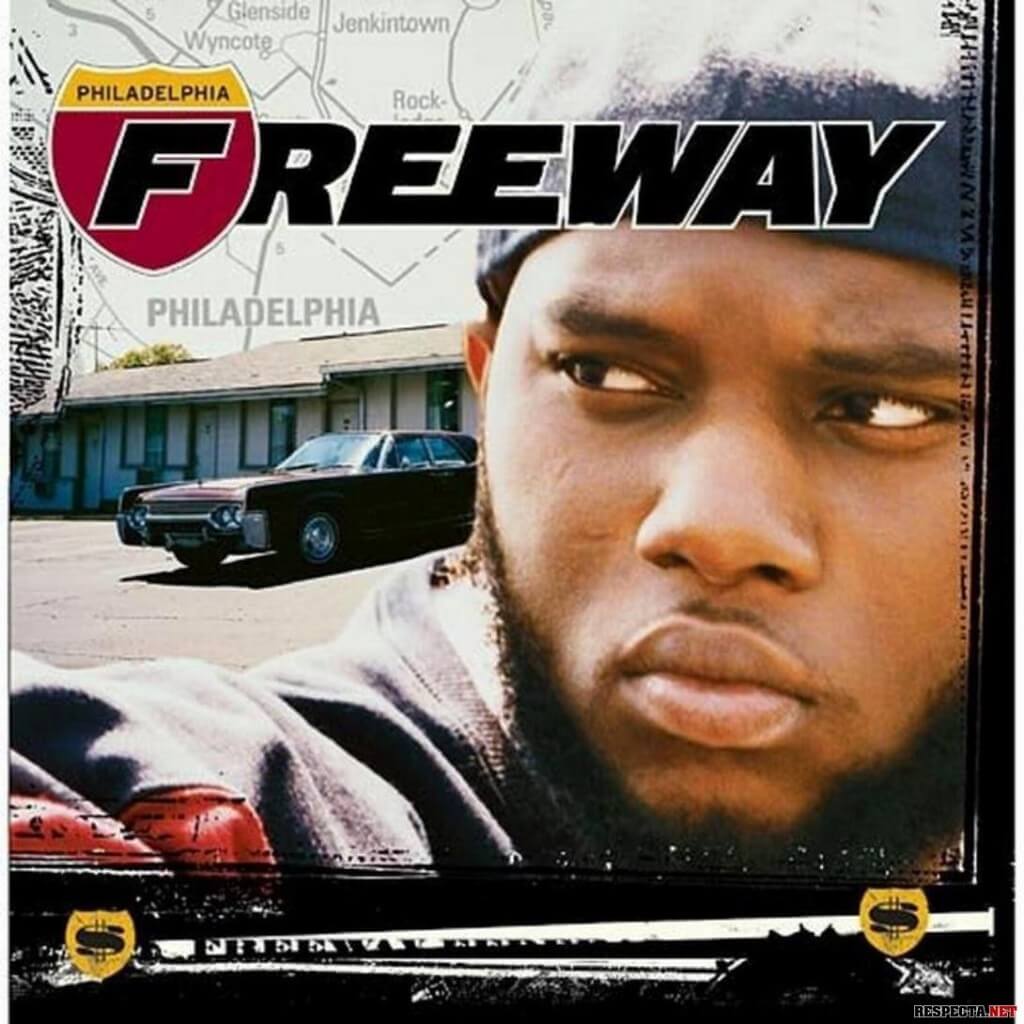 On February 25, 2003, Freeway released his debut album, Philadelphia Freeway. The album was produced primarily by Roc-A-Fella-affiliated beatsmiths Just Blaze, Bink!, and Kanye West and featured a large number of Roc-A-Fella rappers. Many of them also hailed from Philadelphia, and were soon compiled into the group State Property led by Freeway and Beanie Sigel. The album had two singles, the biggest hits of Freeway’s career thus far: “What We Do”, Featuring Jay-Z and Beanie Sigel, for which a video was released showcasing most of the Roc’s roster at the time, and “Flipside”, featuring State Property member Peedi Crakk; both records were produced by Just Blaze. The album also sold over 500,000 units.

After Jay-Z’s “retirement” album and the uncertainty over what direction the label was headed, Beanie Sigel was convicted and jailed on a charge of attempted murder. Relations between Beanie Sigel and State Property soured after the incarceration of Sigel, and State Property essentially broke up, with Sigel stating he was unsure he would work with them again. Over the next few years, members of the group—most notably Freeway and Sigel themselves—slowly began collaborating once again, though members such as Oschino and Peedi Crakk fell out of the loop. During this time, with his crew and label in turmoil, Freeway had a spiritual crisis that almost caused him to leave the rap game altogether for his Muslim faith. With uncertainty in the air, Freeway put together another Philadelphia-based crew called Ice City, named after their neighborhood North Philly. While active, the group consisted of Face Money, Bars and Hydro, with Freeway playing a major mentoring role. Their debut album, Welcome to the Hood, was released under Sure Shot Recordings, but received little attention. Subsequently, group member Hydro released a mixtape dissing Freeway, distancing himself and the group from its founder.

In response to his crisis of faith, Freeway went on hiatus for a few years, making his Hajj, a journey to the holy city of Mecca, required by every Muslim at least once in his or her lifetime if they are able. Upon his return, Freeway recorded his second album Free at Last, which was released on November 20, 2007. Jay-Z and 50 Cent were both set to co-executive produce the album; while both were featured, the project ended up solely a Roc-A-Fella release, with 50 giving up his co-executive producer’s role. The first single was “Roc-A-Fella Billionaires”, featuring Jay-Z, which leaked to the internet; the second single, and first official single, was “Lights Get Low” featuring Rick Ross and Dre of the production team Cool & Dre. 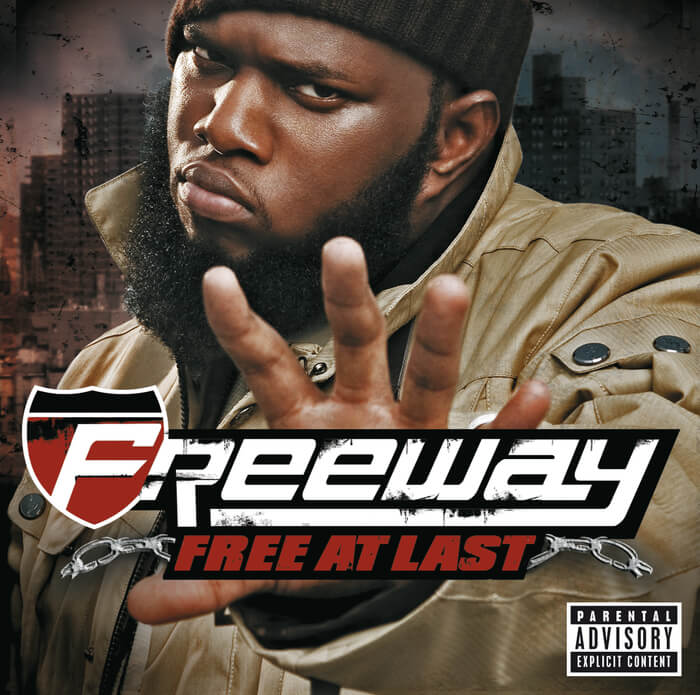 As the album featured no production from either Kanye West or Just Blaze, who together produced the lion’s share of his debut, Freeway lashed out at them in his lyrics, generating rumors that he and his former producers had unresolved differences. After the album’s release, Freeway went on record to clarify his comments, saying he had no real animosity towards them and that he had only been speaking his mind. The album eventually sold over 100,000. In 2008, Freeway initiated what he called the Month of Madness, releasing a song a day for the month of December.  The songs, featuring input from Phoe Notes, Erick Sermon, Don Cannon, Cardiak, Jake One, Oddisee and others, were later compiled into a mixtape. 2009 brought an announcement that he would be working on his third album amidst his regrets over hearing Jay-Z had stepped down as Def Jam president. Shortly, the rapper announced his release from Def Jam and that his next album would be entitled The Stimulus Package, produced by Jake One and released by Rhymesayers Entertainment.

A project entitled Philadelphia Freeway 2 hit stores in 2009. The first single, “Finally Free”, was released on iTunes on April 14, 2009. Philadelphia Freeway 2 was released under the independent label Real Talk Ent. on May 19, 2009. On March 19, 2009 while performing at the Rhymesayers Entertainment Label Showcase at SXSW, Freeway officially announced his signing with Rhymesayers and collaboration on his new album with veteran producer Jake One. Freeway released his mixtape “The Beat Made Me Do It” on November 13, 2009 which featured production by Jake One with assistance by Don Cannon to officially announce his 2010 Rhymesayers debut album “The Stimulus Package”. On December 1, 2009 Rhymesayers and Freeway leaked the first official track and video, “Know What I Mean” off of “The Stimulus Package”. In June 2009, Freeway confirmed a deal with Cash Money Records, and the start of his own label, Free Money. Since this time he has put out a few Mixtape tracks speaking of the new deal, including “Touchdown” & “All Night Long”. Freeway, speaking on his new label deal and relationship with Jay-Z.

“I been f****** with Cash Money,” he said in an interview. “You know, me and Wayne did a joint for the last album, but we couldn’t get the s*** cleared in time and all that. We just throwing around some ideas. And I’m launching a label, Free Money, so what better home for it…My man Ceelo, he worked with Baby, so he really basically connected us like that. But, right now everything is still in preliminary…It’s still Roc-A-Fella for life. That’s something that’s not going to leave me…Everything still preliminary. Jay give me his blessing with whatever I want to do. Jay want to see n***** making moves.”

He also made an original song “Carjack” for the 2009 game Grand Theft Auto: The Lost and Damned.

In a video interview with KarmaloopTV, Freeway announced a new clothing line in the works entitled “Freestyle”. In addition to the new clothing line Free also announced an upcoming album called Diamond In The Ruff which will feature production from Jake One, Bink!, Needlz and Just Blaze. Freeway explained in the interview that the album should have come after Philadelphia Freeway. Diamond In the Ruff was released November 27, 2012, and featured collaborations with Rick Ross and Black Thought.

Freeway recorded an EP with Statik Selektah which was completed in 24 hours. It was called the Statik-Free EP and was released on iTunes January 11, 2011. 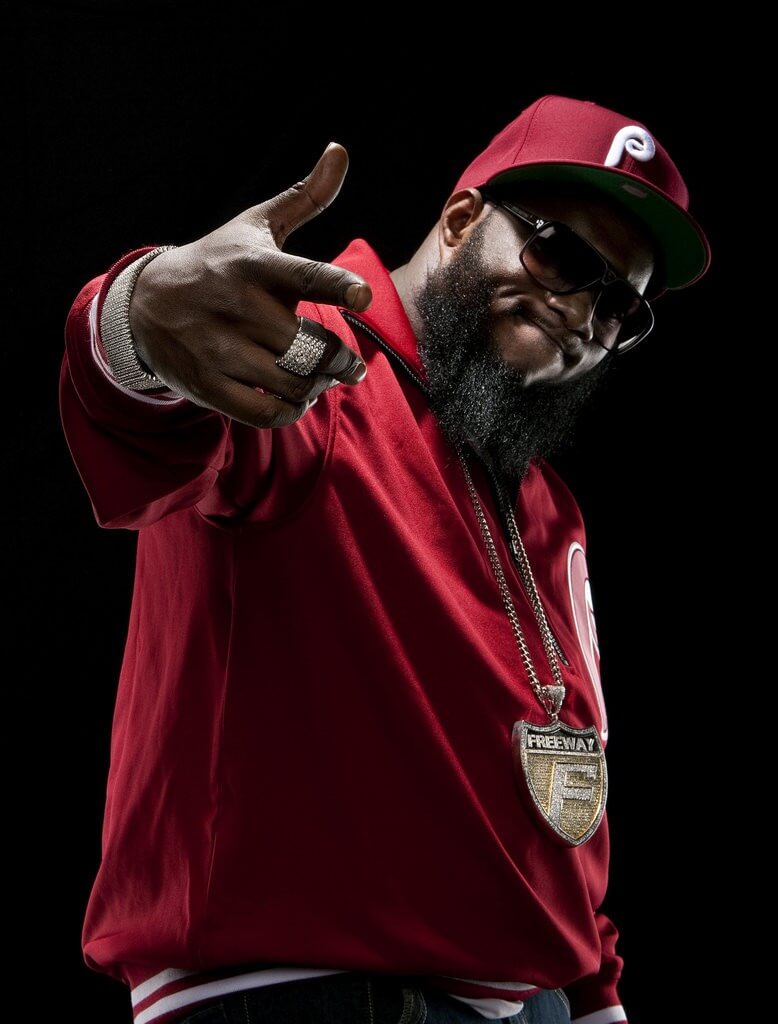