Big Buff Love, the Human Beatbox, was a pioneer in beatboxing. He and another contemporary, Doug E. Fresh, popularized beatboxing, inspiring other artists to innovate, including Biz Markie and, later, others such as Rahzel. Attempting to capitalize on the appearance-oriented name of the Fat Boys, another Hip Hop group dubbed itself the Skinny Boys, and yet another the Fat Girls. The popularity of those groups was mild in comparison, however. 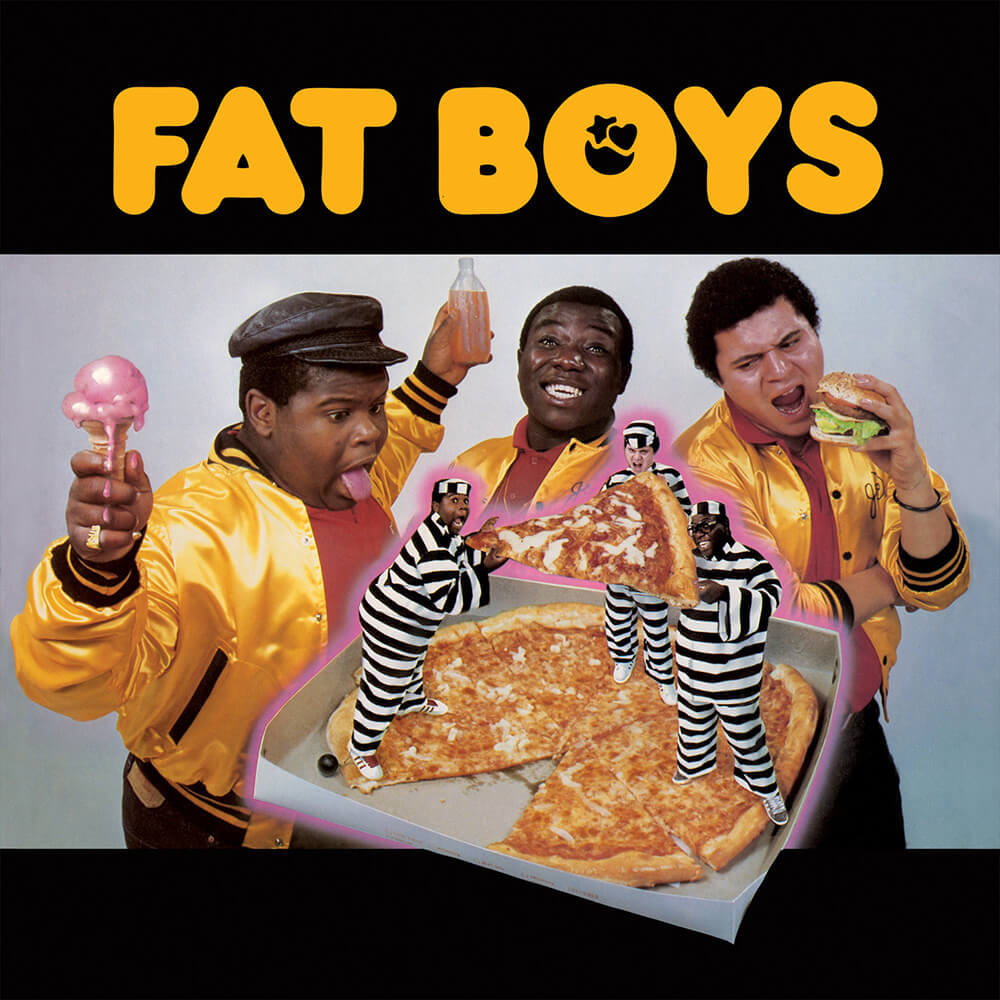 The group’s 1984 self-titled debut, The Fat Boys, is considered by many to be an early Hip Hop classic, with artists like Boogie Down Productions and Redman, among others, making references to the album. For its 1987 album, Crushin’, the Fat Boys made a cover version of The Surfaris’ hit “Wipe Out” with The Beach Boys singing back-up vocals. The single made it to #12 on the Billboard chart, and #10 on the corresponding R&B listing. The Fat Boys also recorded a version of “The Twist” with Chubby Checker, who performed it originally in 1960.

Capitalizing on their good-humored personalities, the trio starred in the 1985 Run-D.M.C. feature film Krush Groove and in the feature film Disorderlies (1987), which featured Ralph Bellamy as a millionaire invalid who receives bumbling care by his good-natured orderlies (played by the Fat Boys), with a cameo by manager Stettler. The group was later approached to record the theme song for A Nightmare on Elm Street 4: The Dream Master (1988), called “Are You Ready for Freddy,” which featured Robert Englund performing as Freddy Krueger.

The group’s popularity ballooned by the 1990s. For example, in the 1992 film Boomerang, Chris Rock delivers a line lamenting the breakup of the Fat Boys, which was later quoted by Jay-Z in his 2001 song the “Heart of the City (Ain’t No Love)”. Prince Markie Dee left the group to pursue solo interests, which included producing many early tracks for Mariah Carey and Mary J. Blige which included her debut single, “Real Love.” In 1991, the remaining two members, Kool Rock Ski and Buff Love, carried on as a duo and released Mack Daddy (1991), but shortly thereafter, the group disbanded (until 2008).

The surviving members of the Fat Boys launched OriginalFatBoys.com its first official homepage on November 5, 2008.