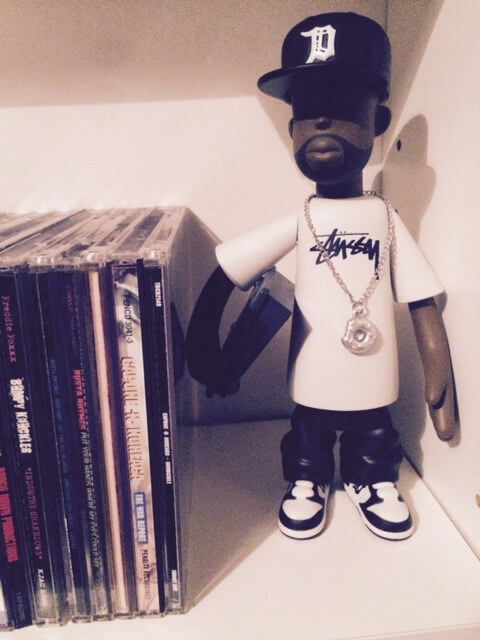 It’s the early hours of the morning, and the glow from my phone screen is hurting my eyes. The rest of the bedroom is pitch black, and the only sound I can hear is the gentle noise of my wife sleeping beside me.

I’ve always been a collector. As a kid I went through stages of hoarding everything from leaflets and five pence coins, to movie postcards and even sachets of ketchup. Looking back, it’s incredible someone as weird as that had any friends.

Collecting and obsession usually go hand-in-hand, so when I got massively into Hip Hop and movies at age 11, I started buying music, videos and books at a ridiculous rate, and space to put it all became an issue. My bedroom had shelves thick with movies I’d purchased on VHS or recorded from TV, and tons of books. They are still in my parent’s house today, including many I never got round to watching or reading.

The bulk of the shelf space was taken up by my rap collection. Neat stacks of tapes and CDs grew every month. And then came the vinyl. Cumbersome, heavy-as-f*** vinyl. Saturday trips to the only record store in my northern England home town that sold rap records took my addiction to a whole new level. This being the late 90s, I was spending what little money I had an expensive wax every week, paying inflated import prices for 12″ singles by anyone on Rawkus, Fondle’em and more.

I’m now 34, and not a great deal has changed. One room of the house where I live with my wife and our daughter is full of my stuff, including the same CDs, records and books that once lined the walls of my teenage bedroom.

The difference is that today, my wife keeps my addiction in check, and she’s right to do so. I honestly don’t need more stuff, and I also know that my collection will need to move out of the spare room when we have a second child.

I see her logic, but I also happen to be just as obsessed with Hip Hop now as I was then, and now with a lot more disposable income than the teenage me ever had. The resurgence of vinyl doesn’t help. It’s great that people are buying again – although many of us never stopped in the first place – and the rise of boutique labels pressing up limited runs and special editions of new and old material and merchandise is also good to see. It sure makes it hard to resist buying stuff though. 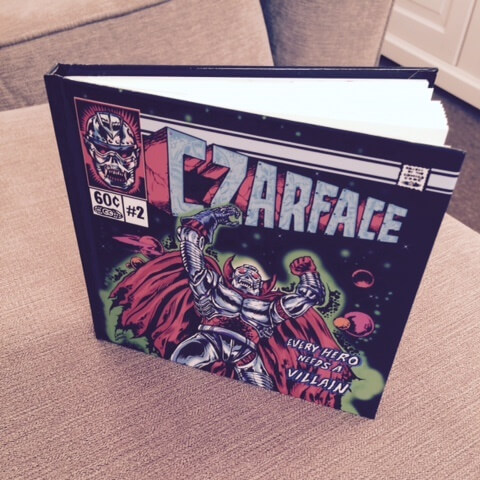 A J Dilla action figure and Police badge-shaped 9″ of F*** The Police from Rappcats, Schoolly D and Big L re-issues from Get On Down, special edition Kool Keith and Czarface albums, and lots of Quasimoto stuff from Stones Throw are just some of the things I’ve spent money on in the last 12 months, and it’s getting difficult to keep sneaking this s*** into the house and onto the shelves without wifey catching sight.

Balance is key, and in fairness to me, a lot of my CDs, books and DVDs have been shipped to charity shops in recent years. I’ll hopefully grow up one day, but right now, that limited edition Only Built 4 Cuban Link 20th Anniversary box set is looking mighty juicy.