1985, I was 13 years old and in 7th grade. I went to our local department store with my mom, and wandered around the record section. While looking through the cassettes, to kill time waiting for my mother, I stumbled on four large red letters; UTFO. Doctor Ice, Kangol Kid, Educated Rapper, and Mixmaster Ice…the Untouchable Force Organization. I convinced my mom to pick it up for me, and immediately threw it in to my box when I got home. From the first seconds of “Leader of the Pack” to the last beat of “Calling Her a Crab”, I was hooked. You may think of UTFO as a One and Done, but for that 13 year old kid they were the greatest thing in the world.

From that point forward, I saved up every nickel and dime that I could buy more of this music. I went back to that department store and looked at the small section of the records titled “Rap”. I didn’t know who anyone was, so I picked up a lot of K-Tel records and cassettes that had multiple artists. Many of them were titled “Rap’s Greatest Hits” followed by a number. From this collection, I could pick out artists that I liked, as well as figure out who I didn’t. Now I could pick up that Run DMC record that I wasn’t so sure about just two weeks ago, and know that I am going to like it.

Our local radio stations played pop, rock, some country, all the stuff that everyone played in the mid 80s. One Friday night I was spinning through the dial on my father’s receiver (my box’s antenna didn’t have much strength) and found 98.7 KISS FM. I found DJ Chuck Chillout spinning this music that I had recently fallen in love with…on the radio! Chuck was playing all kinds of stuff; Run DMC, LL Cool J, Salt n Pepa, the list went on. Everything that was on those Rap’s Greatest Hits records was being played on my radio! Chuck was mixing and scratching between tracks just like they did on the records. This was the greatest thing ever! I was there for 3 hours straight, and I didn’t move. Then, like Cinderella, the stroke of midnight came and the music was gone.

I went back the next night (Saturday) hoping to hear more of Chuck’s catalog. He wasn’t there, but when the clock struck 9, Kool DJ Red Alert arrived on my radio. Another three hour set of Hip Hop for me to hear, courtesy of Uncle Red. I started taping all of these three hour sets so that I could play them during the week when Chuck and Red weren’t spinning. I began to devour those tapes; learning lyrics to Ultramagnetic songs, becoming a Stetsasonic fan, studying to be an expert in the field.

I would go to school and quote the rap lyrics that were stuck in my head from the night before, and get very strange looks. I wasn’t understanding why my friends didn’t get it.  Why were they looking at me like I had three heads because I knew the lyrics to all of these songs that they didn’t know? People would call me “Wigger”(not a term I use, or endorse), and ask me if I was trying to be black. I just knew that I loved the music. Why was me liking this music so wrong? The music was dope, the lyrics were crazy, the stories drew me in; it was the greatest thing to happen to me.

I didn’t understand. What did my loving music have to do with me wanting to be different? I didn’t want to be anyone but myself. I wanted to listen to Hip Hop. I wanted people to listen to it with me. I have always been “me”, and I will always be “me”. People would treat me like I was some sort of impostor because I liked a style of music that was “black”. Wasn’t rock and roll “black music”? Wasn’t R&B “black music”?

The reactions from the black kids in my school varied from borderline bullying to completely ignoring me. I would walk in on a conversation about the new LL Cool J record and try to join in. I knew this record, it was the greatest thing in my record collection right now! It didn’t matter what I knew, I was laughed at. It was like I was the 10 year old kid trying to hang out with my big brother’s 18 year old friends. I wasn’t black, why was I trying to be black? It’s music, people…..music has no color.

I found a few like-minded friends in those early days, enough to convince me that I wasn’t some weirdo. I ran with a small crew, Bill, Dana, and Battle. We were a tight crew, a total of two black guys and two white guys. We were Hip Hop fanatics. This group was proving my point that music had no color.  All of the people who picked on me for being a white boy who listened to rap have gone, but I still keep up with my crew to this day.

As the years went on, and Hip Hop became more widely accepted, I thought that it would get easier for me. I was wrong. I was reciting the lyrics to “True Fuschnick” when people were still down with MC Hammer. I was banging Onyx before anyone around me knew who the hell they were. The early 80s to the mid-90s was the greatest time in music, in my opinion. How is it that people still look at me like I am an alien when I talk about going to a classic Hip Hop show?

I have been (in the last few years) to see KRS One, Rakim, multiple “Fresh Fest” concerts, and the Kings of the Mic tour. Those looks don’t exist inside these shows. Maybe it’s because everyone there is 35-50 years old. Maybe as we get older, we just sit back and enjoy the music and the journey it takes us on. It’s nice to finally find a place where I’m not a wigger, I’m not a phony; I am accepted.

Today, I am the host of an award winning classic Hip Hop podcast with my best friend, Bill (also, not a Wigger). We have interviewed DJ King Shammek, Smooth B, and the legendary DMC. We have received drops from everyone from Grandmaster Caz to MC Serch. We have been approached to play new music from classic artists. We are very happy with the way life has turned out. I still get that look, every once in a while, that says, “Yeah, right…you’re white!” That look continues to drive me, as it always has, to prove that music is colorblind. Until next time…keep it classic, and always remember: New School Stale, Old School Fresh. 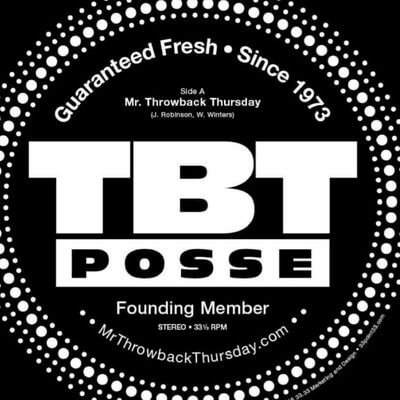